I have wanted to photograph the loo at Higgs Beach in a  very long time. However every time I have tried I have ended up skulking around like someone loitering with intent to commit acts of gross indecency, and have thus found myself unable to show off the really unusual architecture of this modest structure. 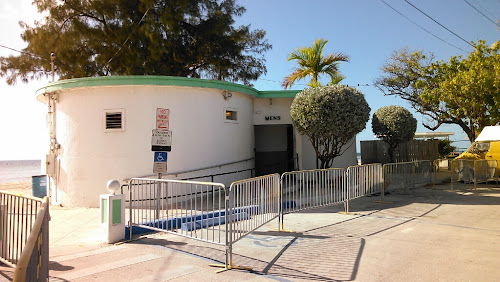 Why anyone sat down and decided the best possible shape for a combined men's loo and a women's loo would be circular I cannot possibly say. However it was an inspired choice as the interior accommodations have required some inspired angular compromises. 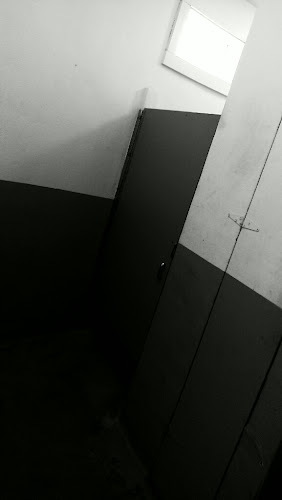 Photos rapidly snapped in here end up looking more like cubist abstract  art with lines going off at angles apparently randomly.  Yet each rounded corner, each flat surface is used to maximum effect to best use the awkward spaces. 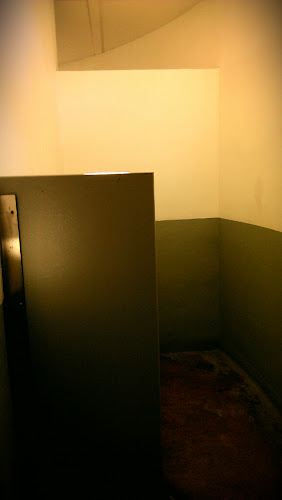 The sad fact is that Higgs Beach, a county park within the city, is a hang out for bums especially in winter when the snowbird residentially challenged show up to enjoy a frost-free winter, and the rest rooms have been known to end up functioning as showers and changing rooms and even parking places. The beach is patrolled by a Sheriff's Deputy most days so this place's proper function has been restored. 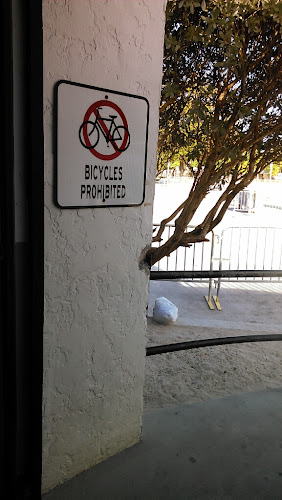 On the whole county staff do a decent job of keeping the place clean and usable, a Sisyphean task if ever there was one. 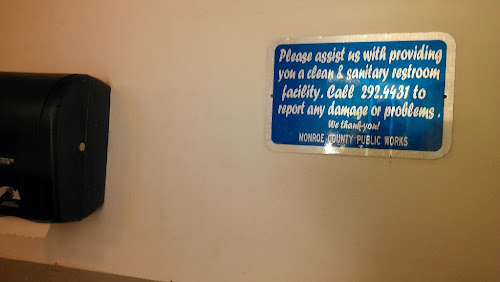 I  went to the loo to use them but found they were unusually deserted partly I suspect because the whole area was fenced off for another of those tedious spandex sporting events that block portions of the city and highway periodically in winter as active people from Up North come down to show off their spandex covered bottoms in feats of endurance that in my opinion violate the ethics of a properly enervated tropical lifestyle. 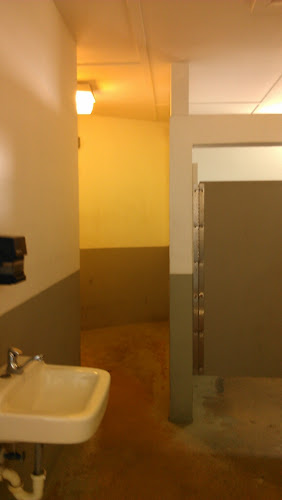 Anyway finding myself alone I got the camera out and took surreptitious photos right and left like Aldrich Ames on a busy day at work. 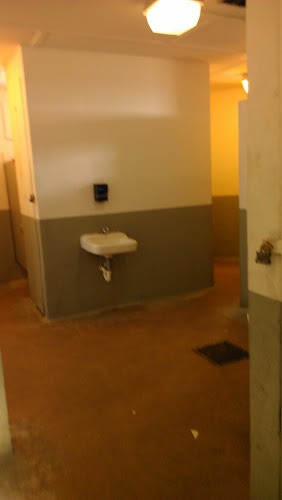 As you can see from my spy shots this bathroom is a positive warren of cubby holes and dead ends, the nearest thing you will find to a proper maze in Key West. 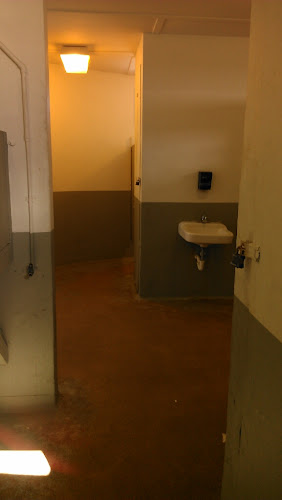 Yes, I know it's just a public bathroom, of which there aren't enough anyway in Key West, but I love the weird rounded walls, the whirring of the giant extractor fan... 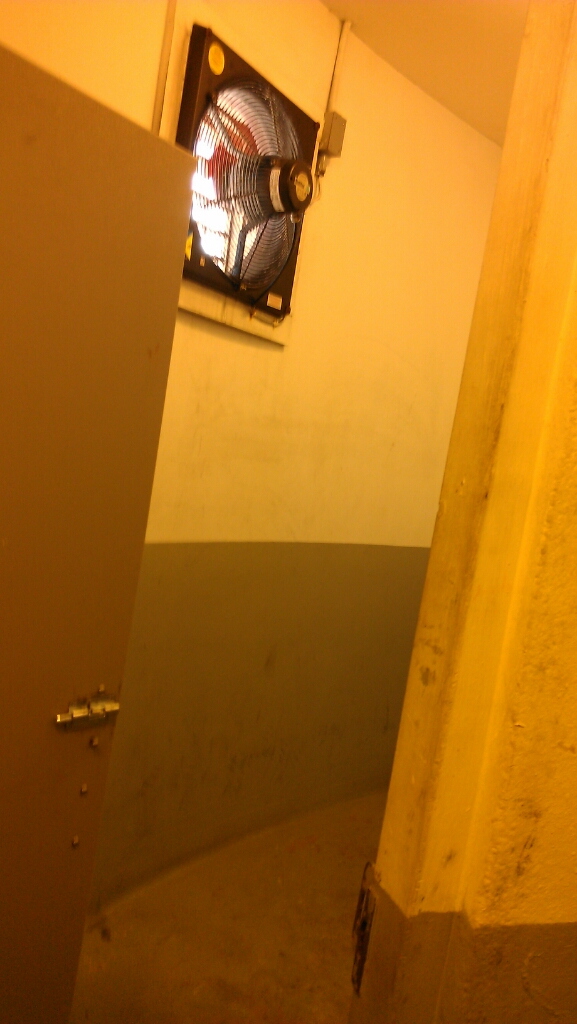 ...the peculiar shade of battleship gray paint, left over it seems like from some military project. 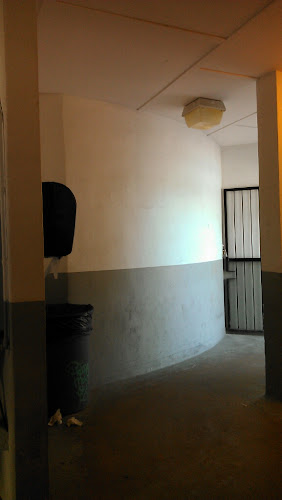 Skirt the bums, step decisively and check out the world's oddest public loo. 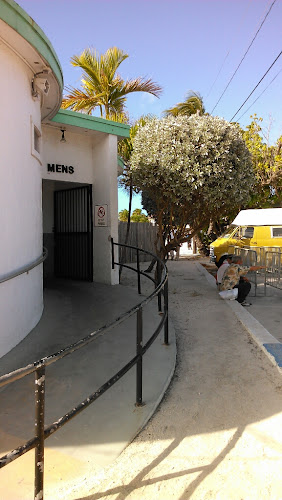 At last, pictures taken, a project on hold for at least six of the last seven years. And no one even noticed me. Thank God.