I ended up watching rapt as a group of wading ibis snacked on some abundant water borne food in the rapidly shrinking mud puddle. I hope they are as fascinating to look at in pictures which I snuck through the mangroves as they were in person. 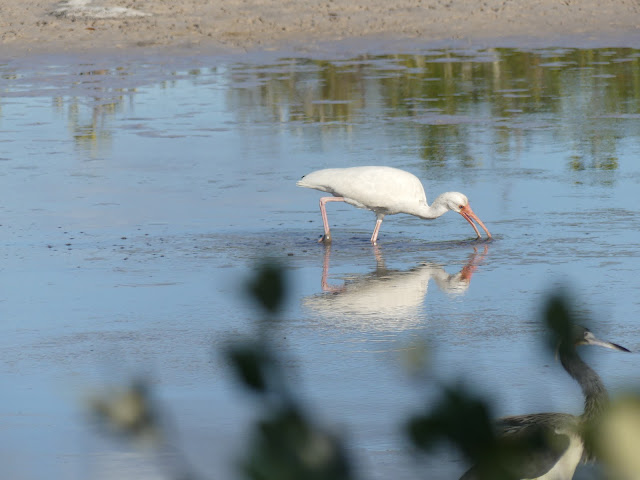 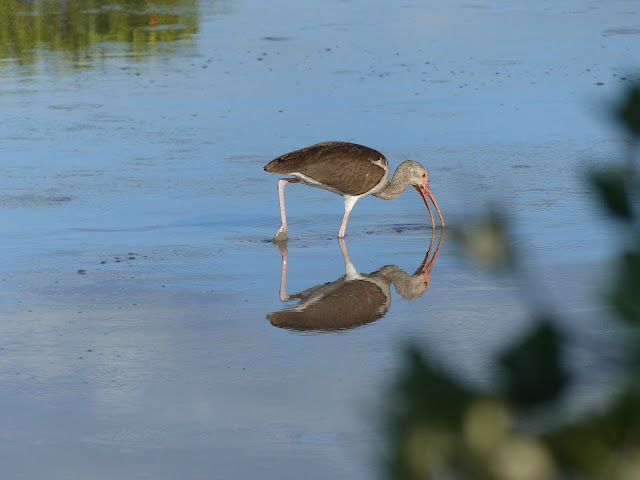 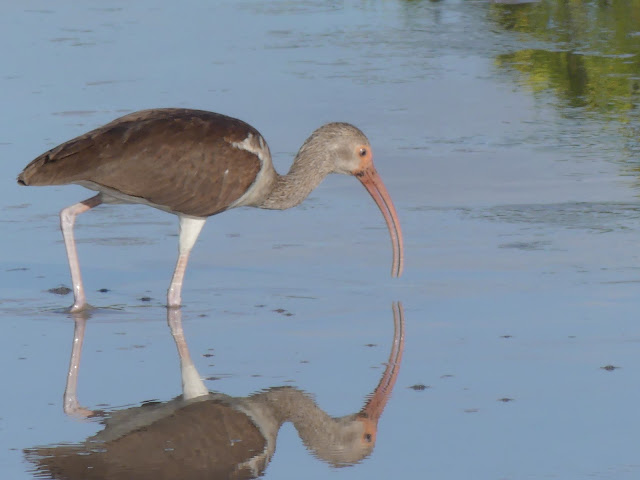 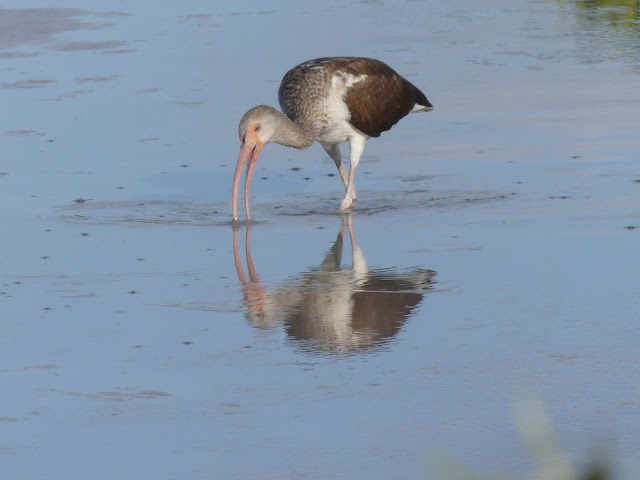 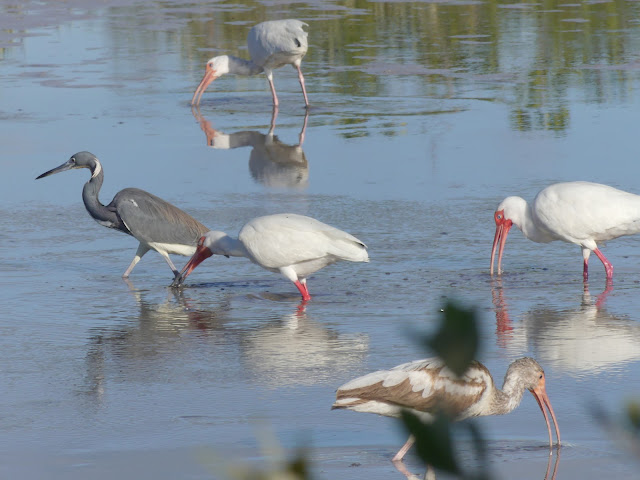 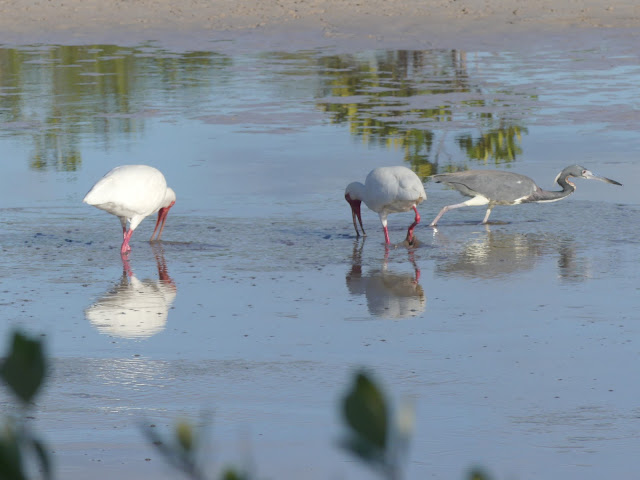 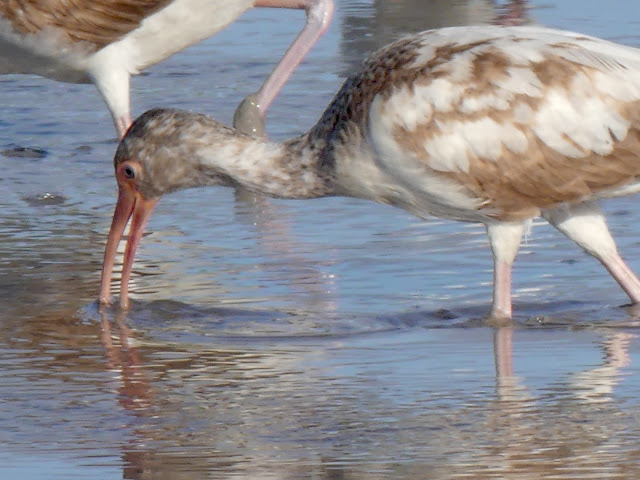 Rusty waited a few minutes for me before we took off again together. 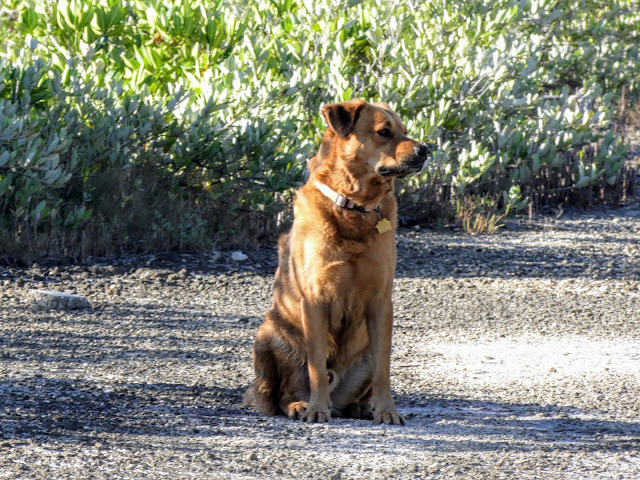 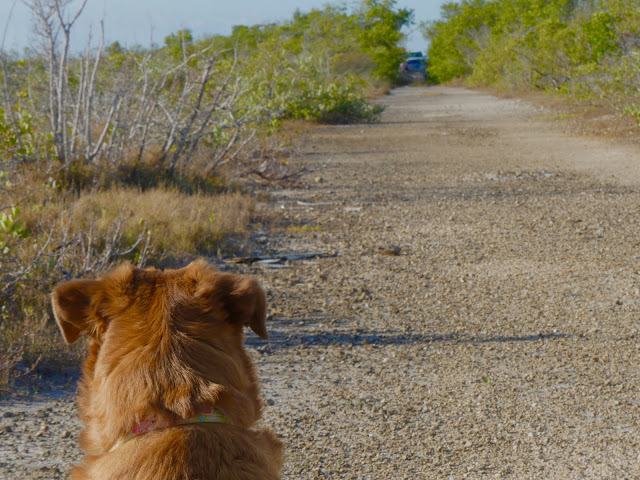 At the end of the street we met another of his neighborhood buddies, Pablo, who came out and played for a while. Rusty the formerly shy and scared stray now has friends on several different islands where we walk. 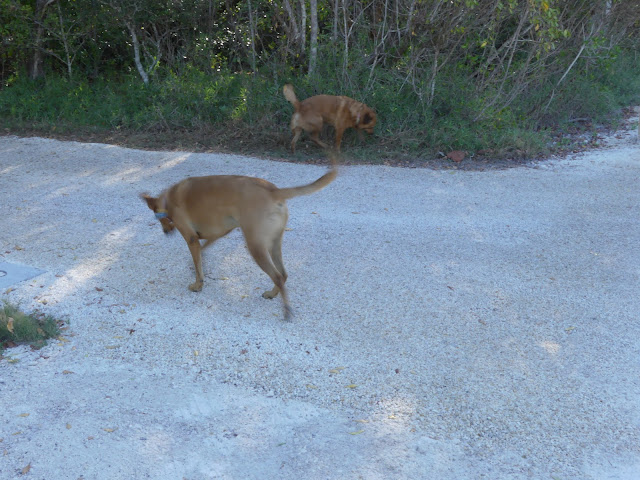 Pablo's Dad told me about this trail which I had not previously seen so we added it to our rotating itinerary of places to walk: 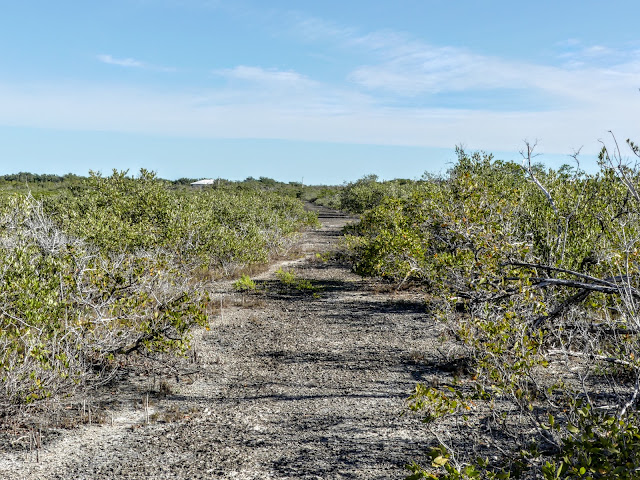 It got to be quite warm as the sun was up and we were waiting for the cold front that would cool temperatures off very nicely in another twenty four hours. 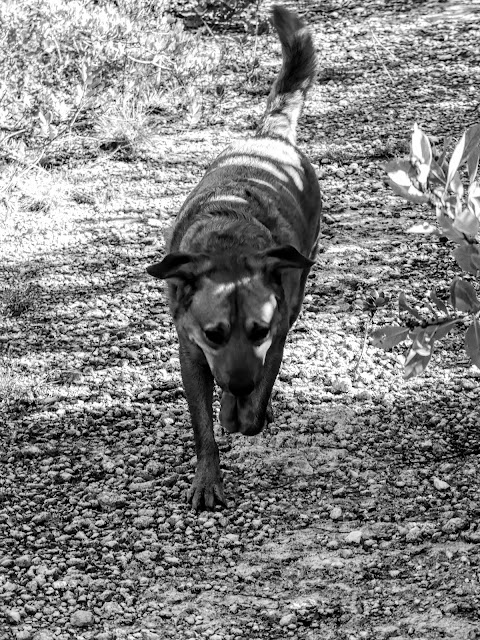 I played with my Lumix camera while Rusty checked out the surrounding bushes in person. 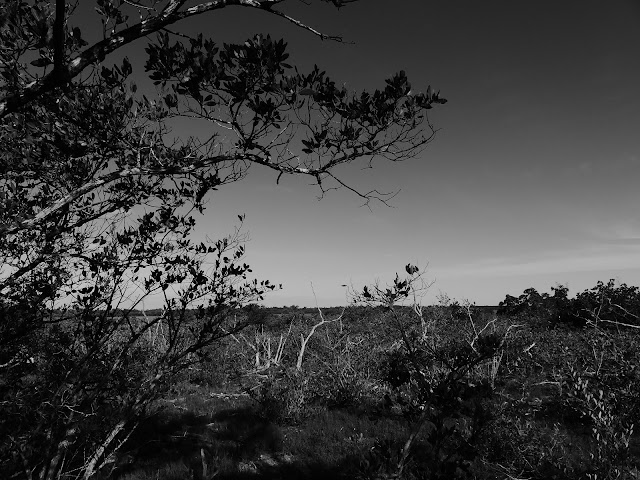 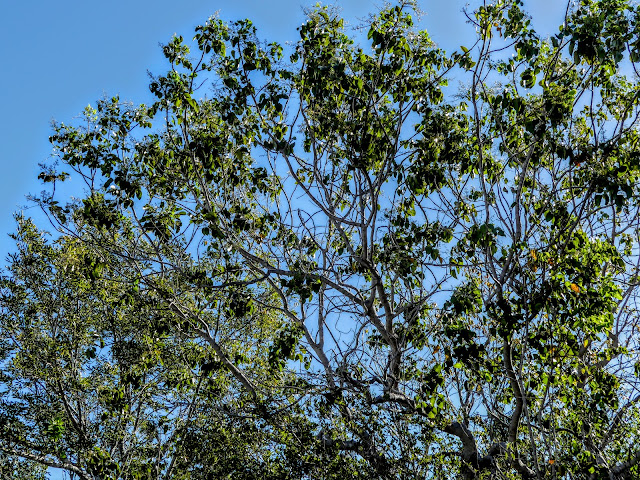 And at the very limit of the camera's 600 mm telephoto with some digital telephoto magnification added I got one last bundle of feathers perched on a branch: 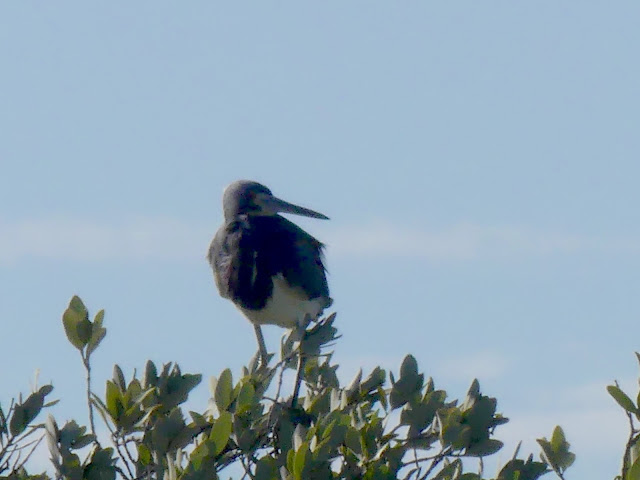 A two hour walk that sent Rusty to his bed when we got home, to sleep, perchance to dream.
Posted by Conchscooter at 12:00 AM 2 comments: