A walk with Cheyenne opens strange vistas from time to time. Check out this gate. You'd think the gate would be message enough but clearly someone has control issues... 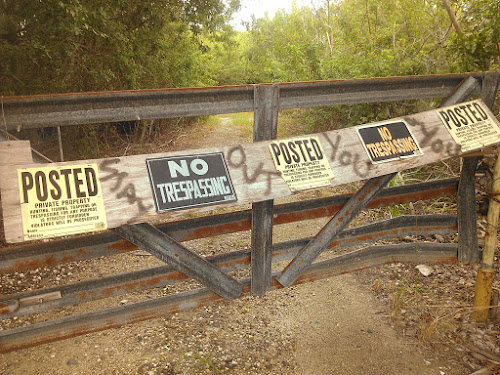 Besides, the scrub behind the gate didn't look that interesting. We'll never know, will we? 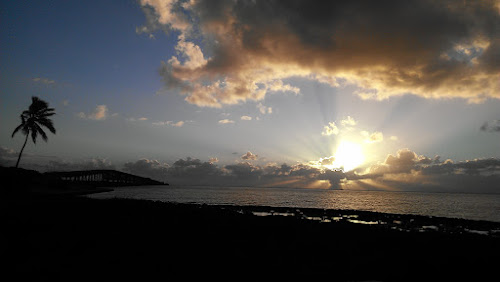 Cheyenne has been doing very well as we approach our third anniversary together. By the calculation of the pound where we got her she's approaching eleven and a half years of age and her health is remarkable. She is an astonishingly well regulated dog and why the military family that gave her up as "too old" did such a thing I shall never know.

I do my part for her taking her on different walks each morning when I get home. We went to the waterfront yesterday starting at West Summerland Key next to Bahia Honda. Cheyenne gets bored easily and I wonder when I see dogs being walked day after day in the same place, how bored they must be. 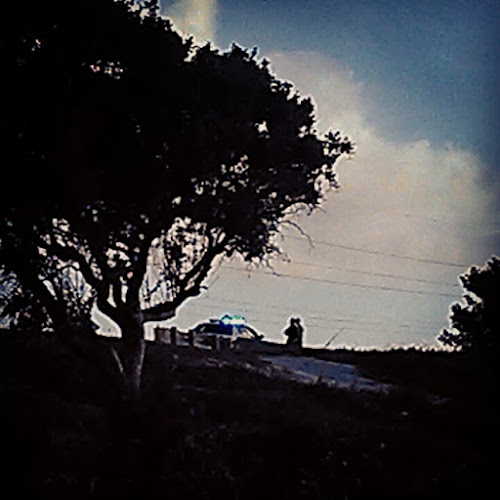 Above we see a couple of motorcyclists waiting for a ticket. The Florida Highway Patrol often sits on the median at the end of the Bahia Honda Bridge waiting to catch the unwary. That's what gives this spot the nickname Lower Keys Toll Booth. 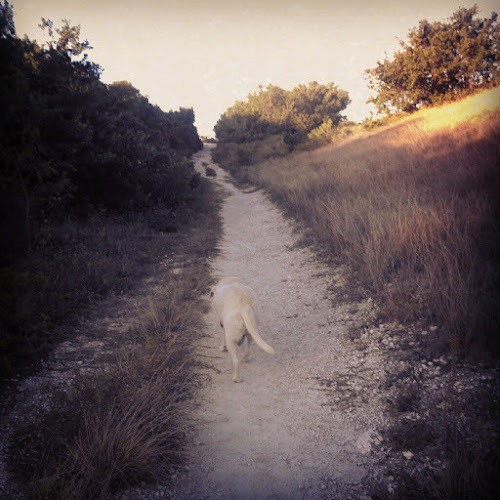 Cheyenne is a sprightly old dog. She only eats as much as she wants, and despite the absence of fencing around the house she lets herself in and out of the living room through her dog door but never goes into the street. She sleeps a lot and very deeply, snoring loud enough to shake the floorboards. She lives the perfect well regulated life. 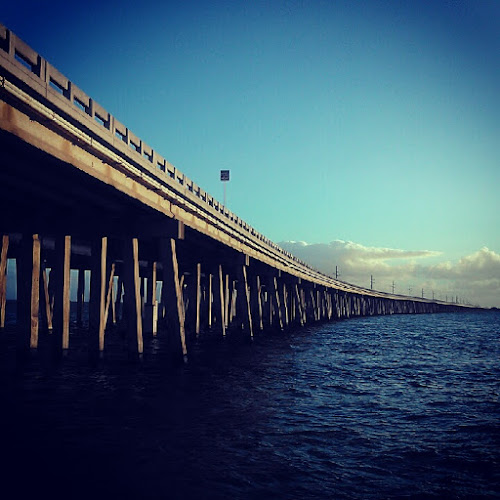 She doesn't travel as well as some other dogs I have rescued, she puts up with time in the car but doesn't seem to enjoy it much. She likes the destination. When we are on a road trip she gets animated only as we pull up outside the lobby of La Quinta, the motel chain that takes dogs. 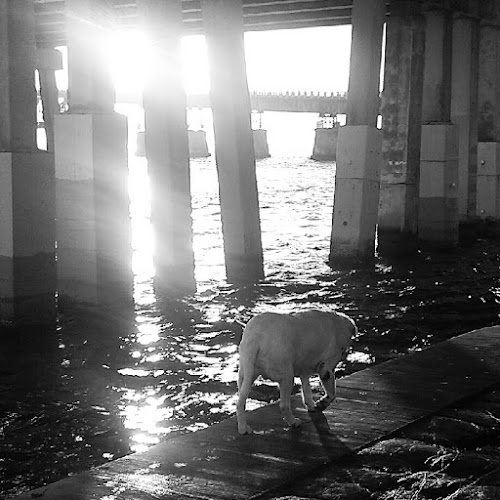 Cheyenne fills me with fondness when I watch her sleep, knowing she was not well loved previously, she doesn't cower any more when I wave a newspaper around and she wanders freely into the kitchen when something of interest is taking place there. She is no longer chained up in the yard and when we walk I usually let her go off leash in areas of low traffic. When we come to an intersection we pause and I wait for Cheyenne to decide which way we walk. She leads, I follow. I figure she deserves the ability to choose what she wants at this stage in her life. 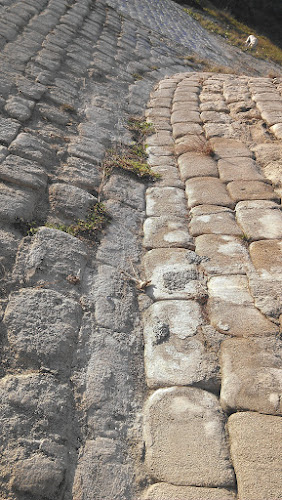 And when she is tired we rest. I posted this picture on Instagram and called it Cheyenne resting on Mars. 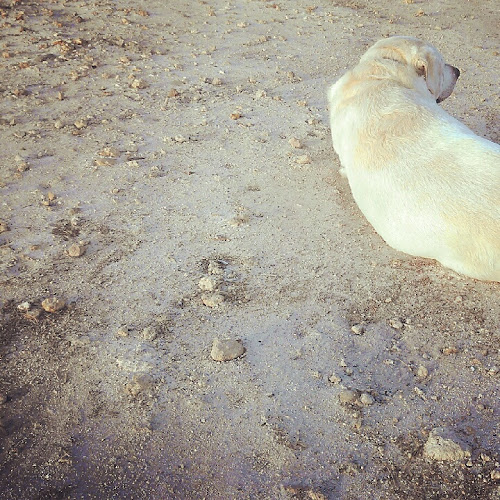 I read as we walk, she sniffs whatever she finds and eats what she likes. I enjoy the views, like this one at Veterans Park near the Seven Mile Bridge. She enjoys the smells. 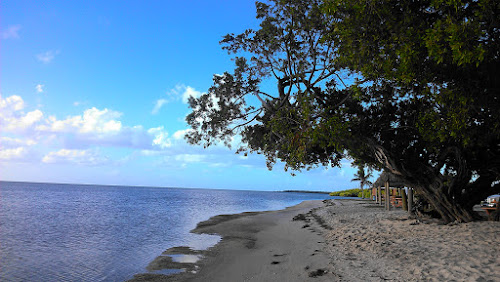 It's a good division of labor between my Yellow Labrador and myself.