I don’t often eat breakfast out as I work nights and come home rapidly after each shift to walk my brown bundle of joy.  By the time we have driven to his favorite spots and gone home after a wide ranging amble, breakfast is far from my mind. So when I made a morning appointment for my car to be checked for our forthcoming road trip, breakfast was on my mind. I left the car to it’s fate and walked across Stock Island to food. 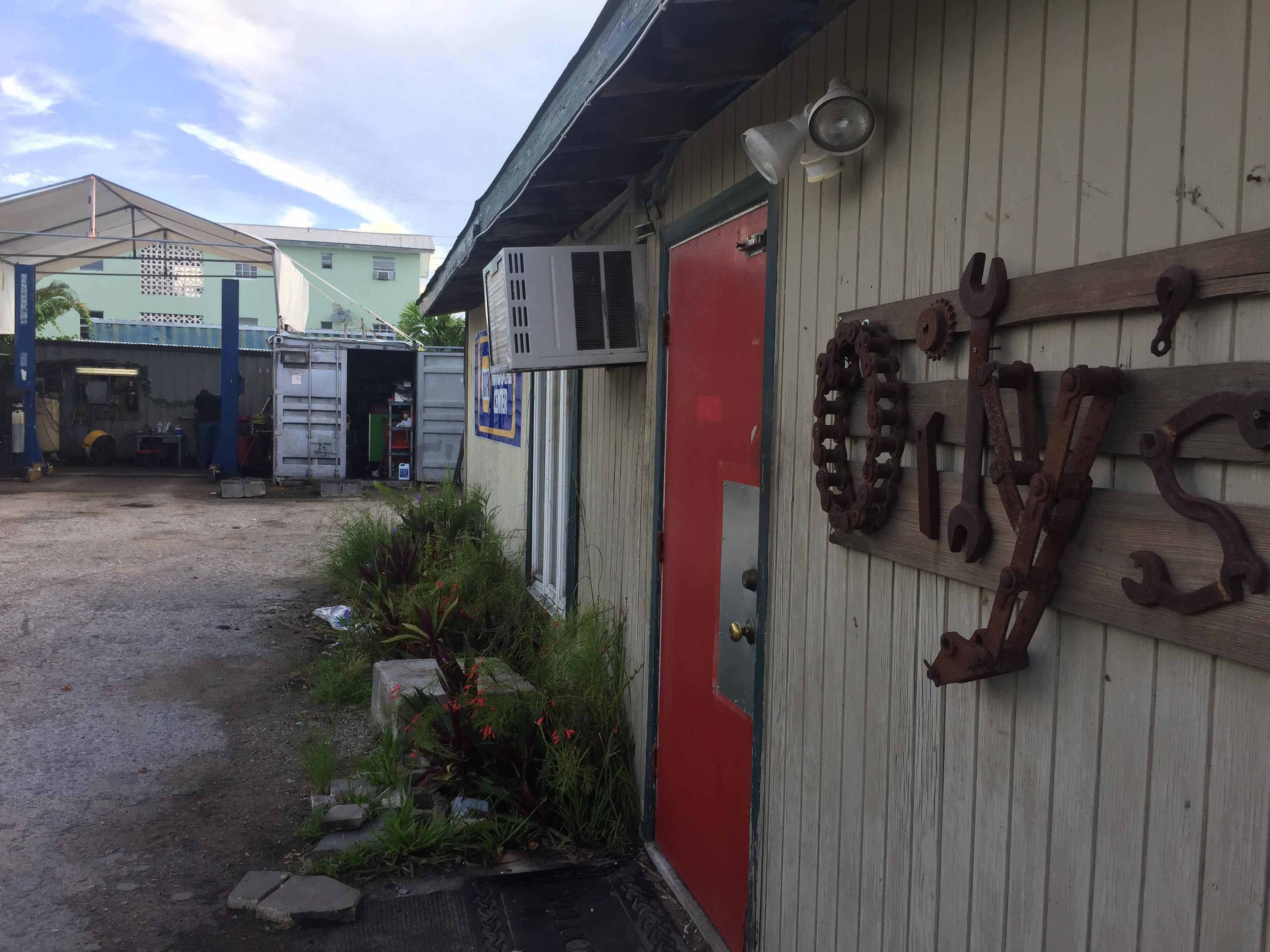 Everyone has their own preferred shop and for some time I have been visiting Oily on Stock Island. It is a truth acknowledged but rarely understood that service jobs are hard to fill but skilled trades are impossible. If you find a mechanic or a plumber who will show up you are ahead of most.  In these parts dependability is highly desirable, perhaps rated as highly as skill. One of the huge problems after a catastrophe, typically a hurricane, is finding skilled workers to rebuild.  People who live in small communities think they get it, but the utter isolation of the Lower Keys makes wealth or skill highly prized. Some home owners import workers from elsewhere to rebuild. Those that can’t afford such drastic responses, most people that is, keep their fingers crossed, pray, light candles and from time to time rain down curses.  So I keep my car and scooter shops close. 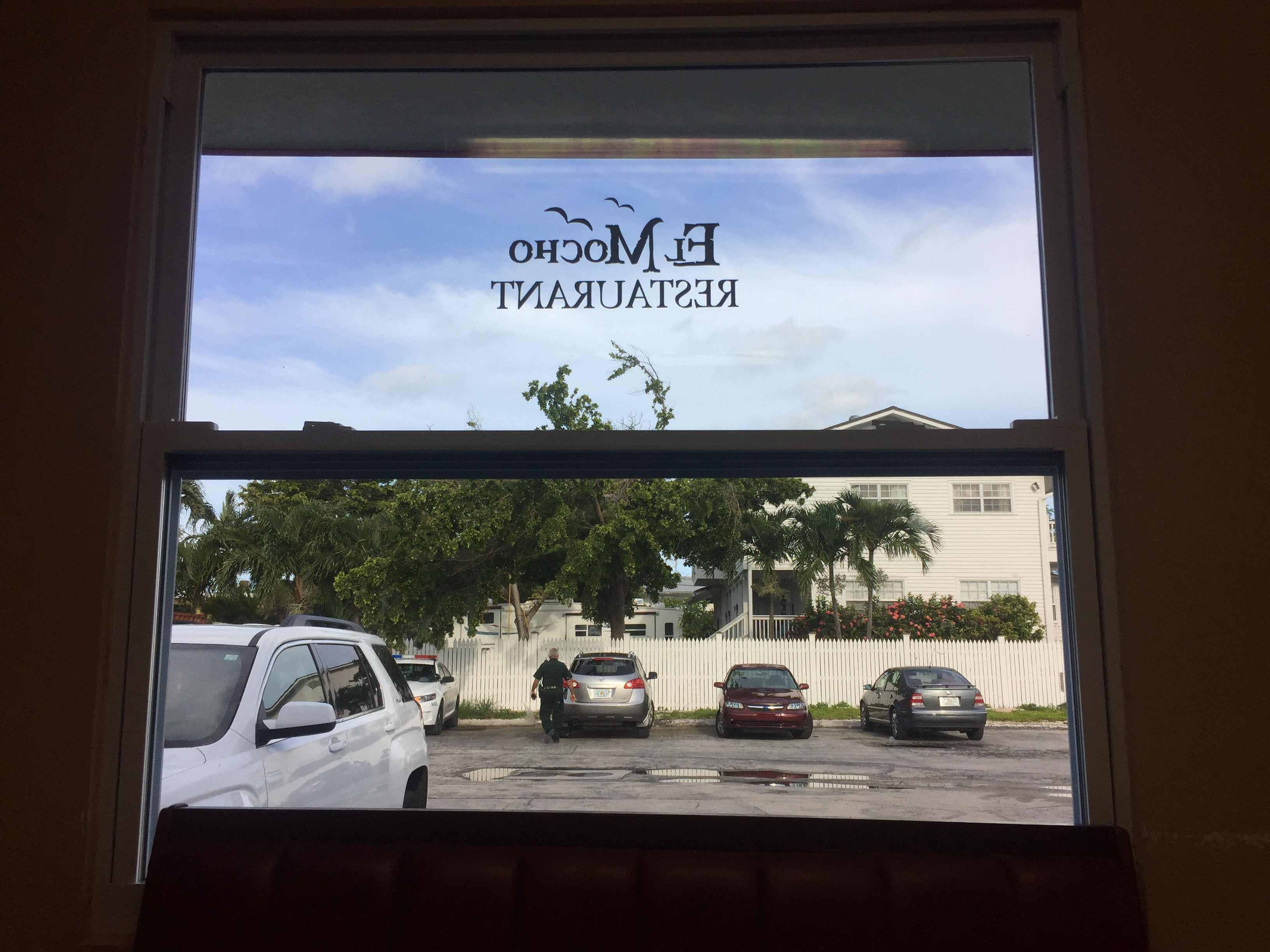 El Mocho was quite crowded when I arrived, on foot, sweating like any car less bum.  This is a long standing Cuban place on Stock Island, adapting to modern times by expanding and selling food to English speakers, as the population of rough and tumble Cuban commercial fishermen dwindles. Development is coming to Stock Island, five star hotels, upscale marinas and plans to build homes. This place that has lived in the shadow of Key West, the industrial island next to the glamorous tourist trap is turning into its own destination. A friend of mine who lives here says there is no need to leave Stick Island anymore. There are restaurants, hotel pools and even a pharmacy so there is no need to step across the bridge to a Key West. Even so I rarely stop off here so a trip around Stock Island is a journey. I did not expect to meet anyone I knew. 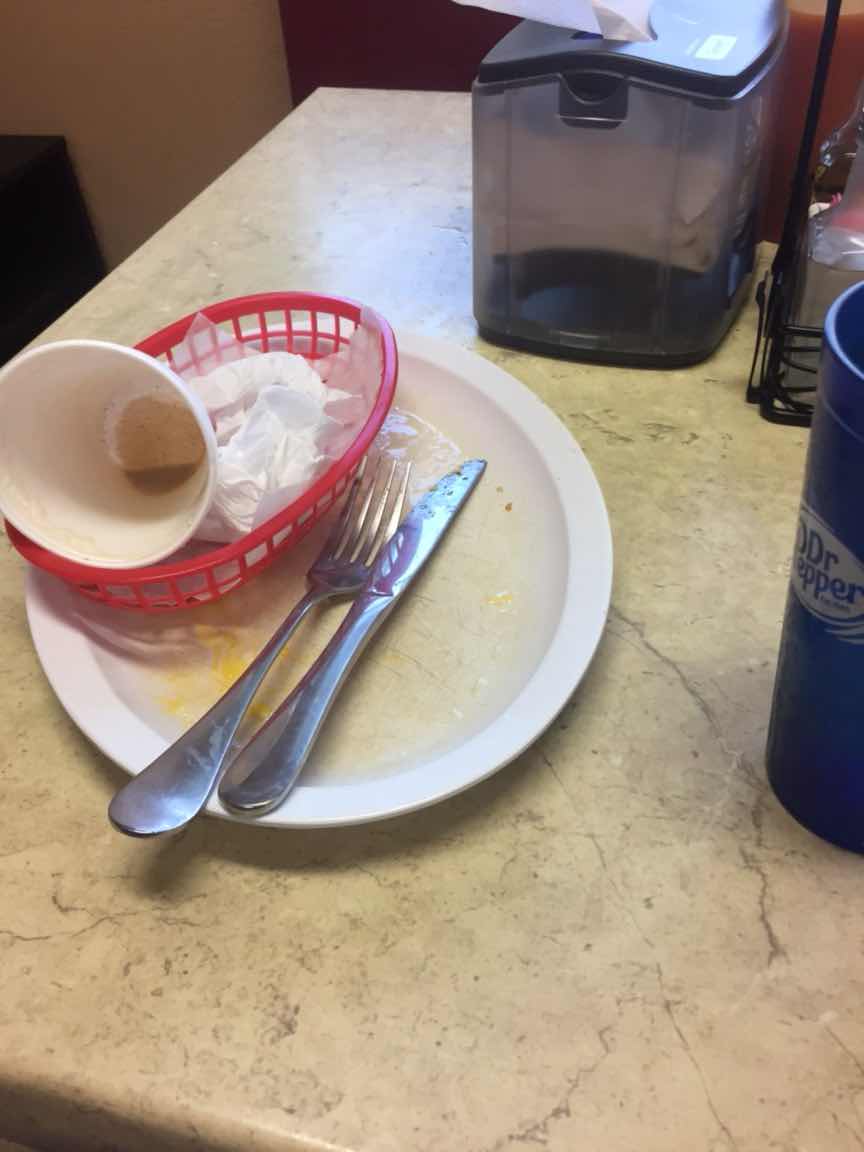 El Mocho is a greasy spoon, unapologetically and their con leche is sweet their bacon crispy. Suits me, a savory breakfast with sweet coffe is fine especially at their prices. Which I can't quote to you as my breakfast was bought for me.  A law enforcement officer sitting at a table called me over by name which had he been from my agency would have been no big thing but he wasn't.   I have lived here too long.  Sometimes I feel old but the compensation for all my time lived here was an interesting conversation about local politics and  likely future changes. We talked about retirement, an important consideration among government employees. I wonder how a man retires at 51 when he only knows life in uniform but retirement is the goal for us all. 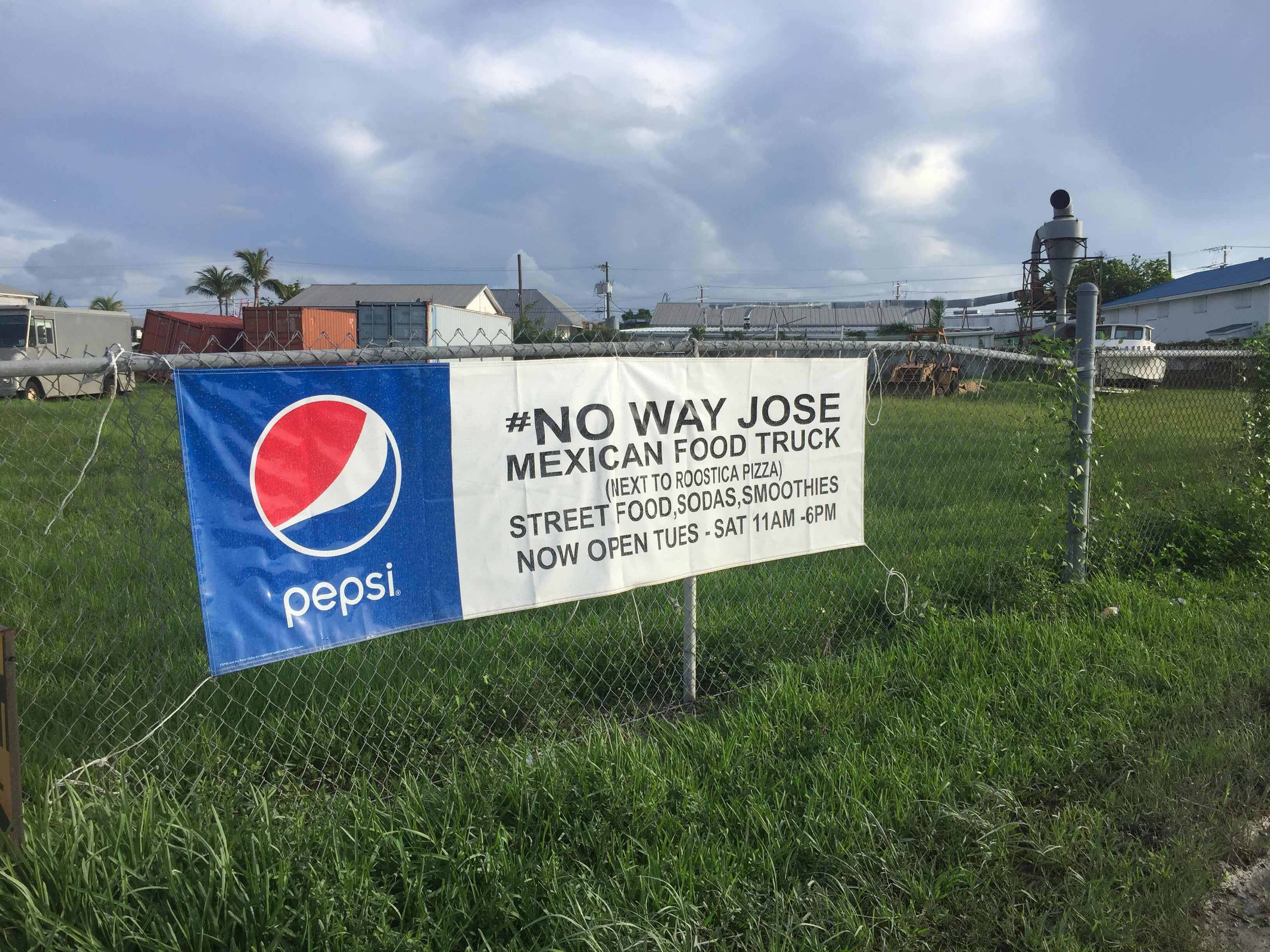 The other guy at the table, the brave soul who bought my breakfast, may good fortune rain upon him, had a tale of woe about his hurricane damaged home.  Heavy manual labor outside in the hot summer sun, "I’m sick of it,” he said wearily. Hurricane Irma struck last year and here he is still fighting his insurance company. The bank he says owns the house and they won’t give out a mortgage without insurance...so he says why isn’t fixing the house the banks problem? Impeccable logic. But the world turns the way we know it does. Key West I said has been good to my wife and, good jobs pensions and a decent life. That I like to her the other guy said. Too many people come to Key West and expect to get a life handed to them.  I forbore from pointing out we were in our 40s when we came and had a different outlook to most 20 year olds. Mind you I suso3ct Conchs must get tired of heading incomers complain about their home town. 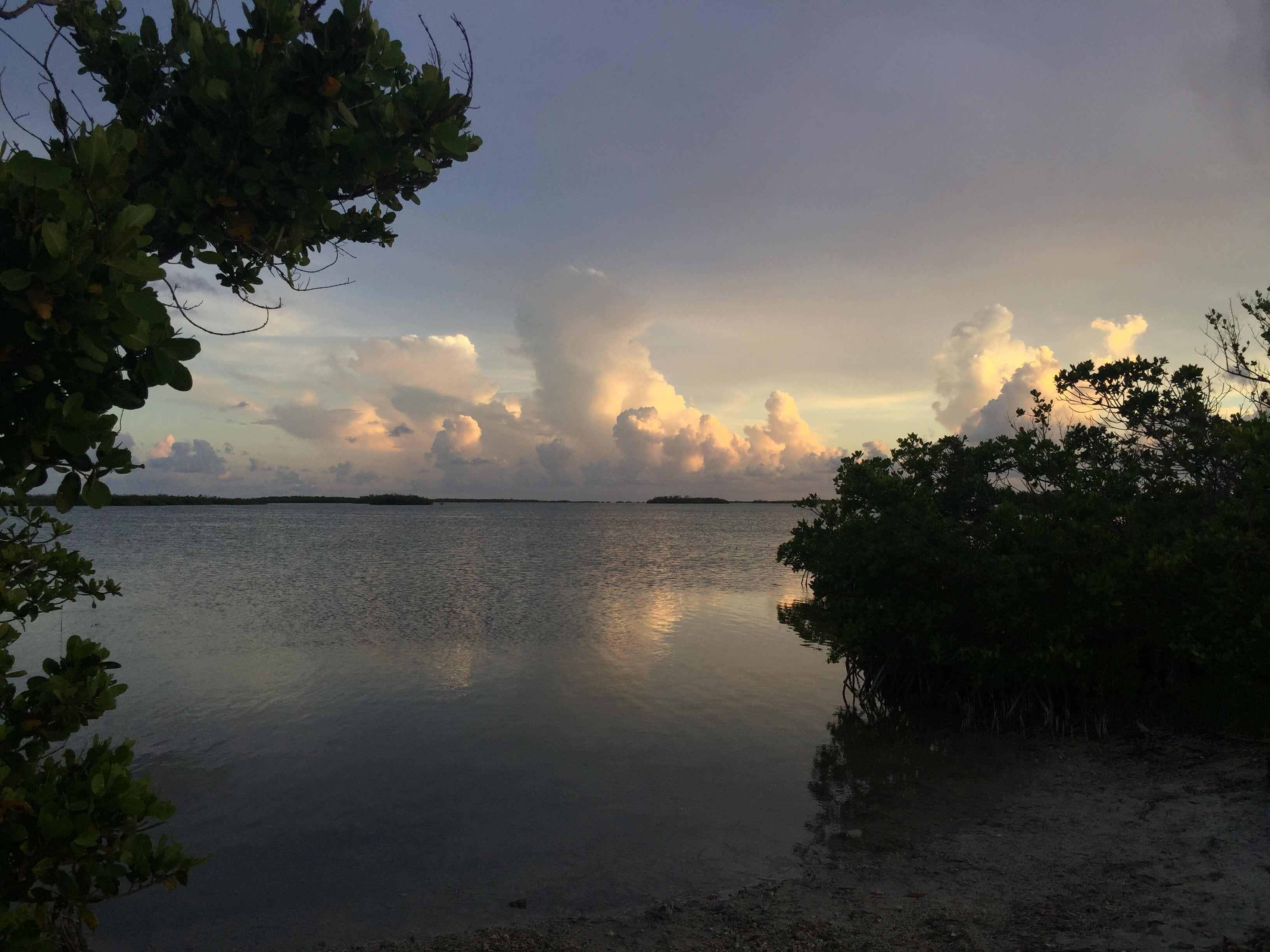 Not too much to complain about for me.

Posted by Conchscooter at 12:10 AM No comments: