I knew there had been construction underway at this Bahama Village park but I had no idea what a nice job they had done of restoring it. 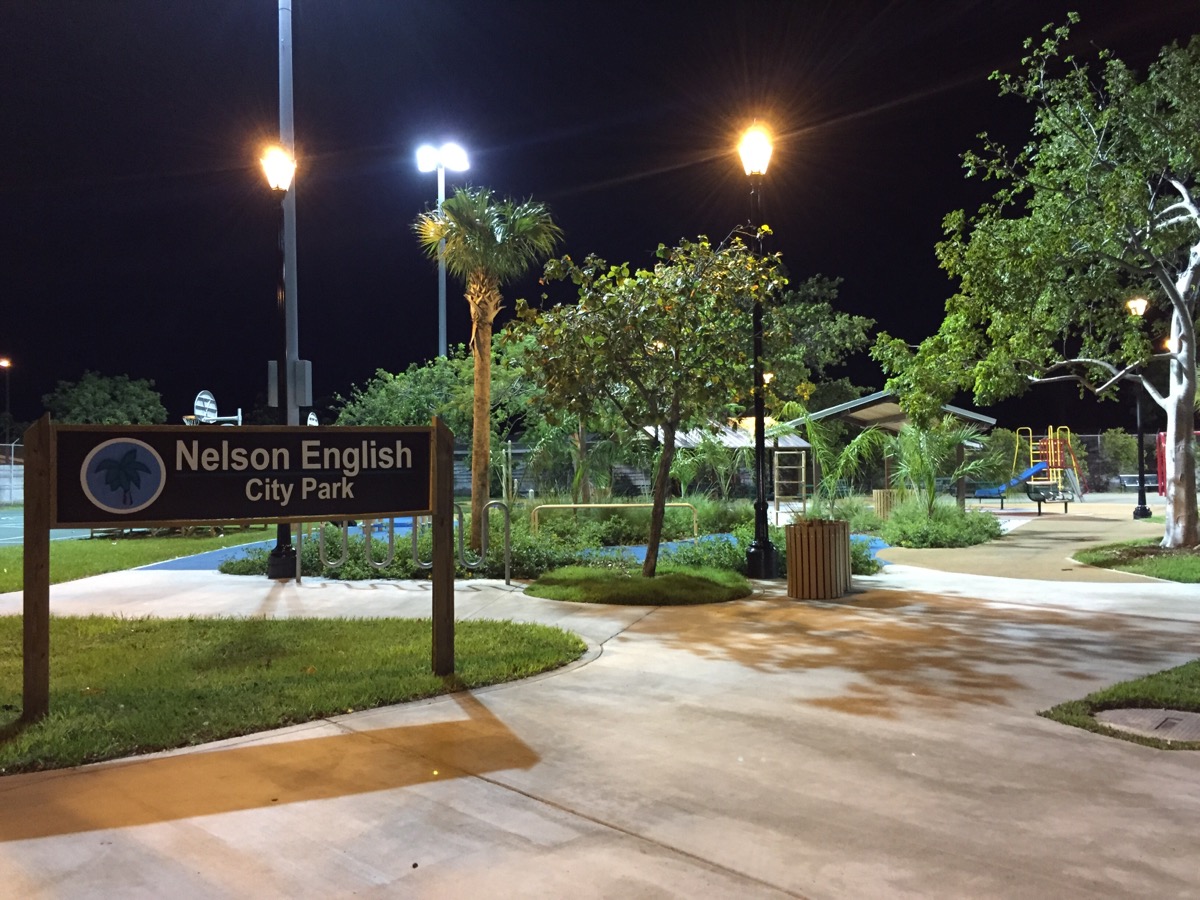 The park is named for a former postmaster by that name whose photo I found in the Florida State Archives:

Apparently during his tenure the great fire of 1886 destroyed the old post office on Front Street and it was rebuilt roughly in its current location at Whitehead and Caroline. And he has a parked named in his memory which includes the community pool on Catherine Street: 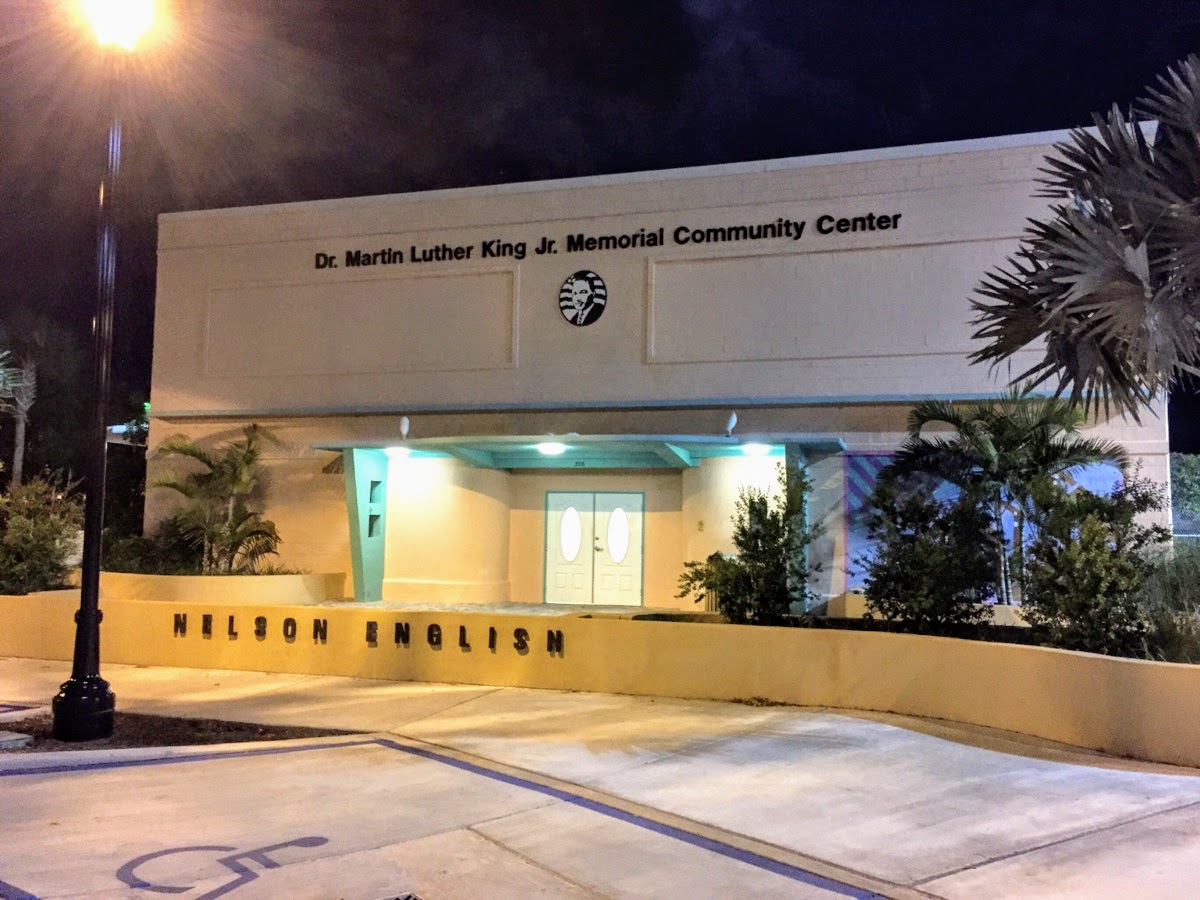 I got a peak inside and it looks very nice. I used to come swimming here during my lunch breaks when I worked on Duval and the place was rather more utilitarian. The pool weirdly is upstairs and the changing areas were downstairs so you could catch ocean glimpses from the sunbathing deck next to the pool. 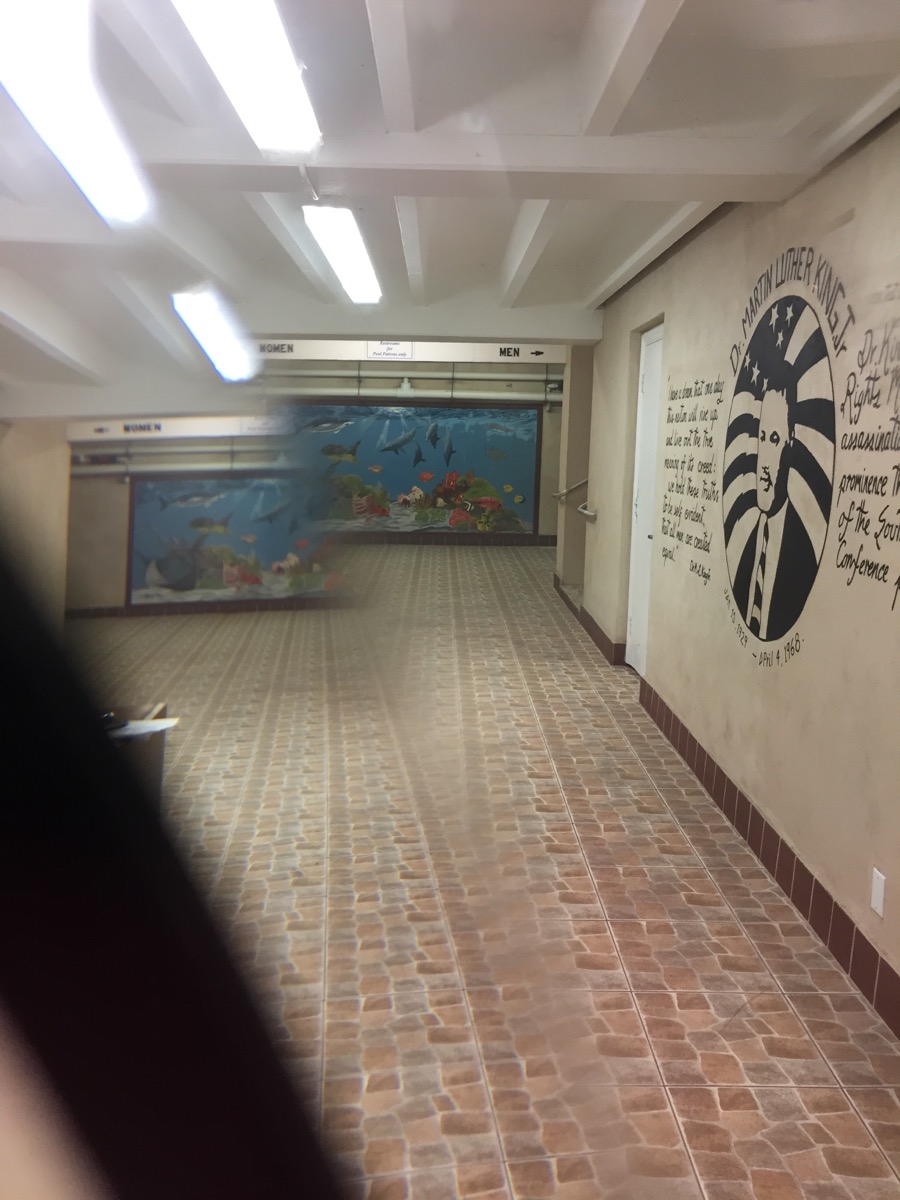 The park is fully fitted out for all sorts of uses. 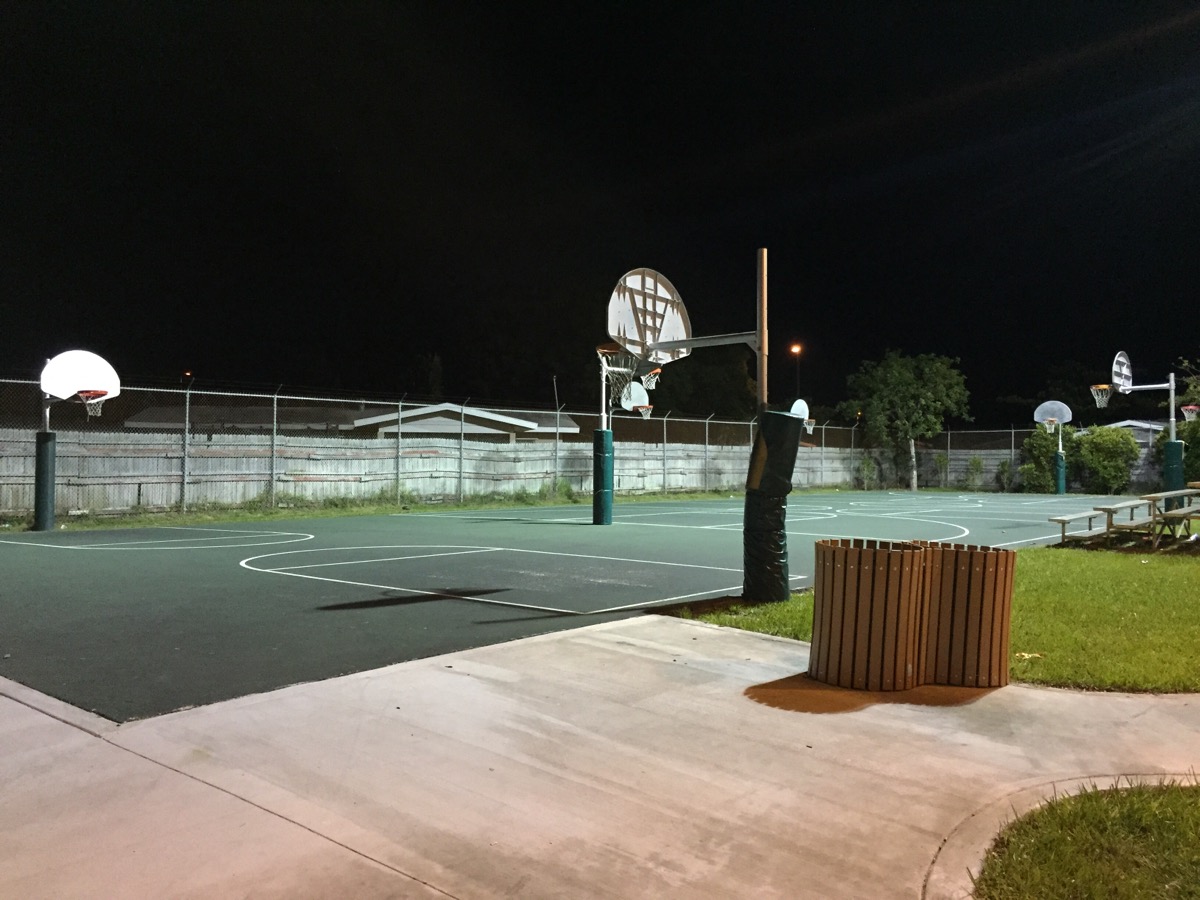 The children's play area is much more comprehensive than it once was. 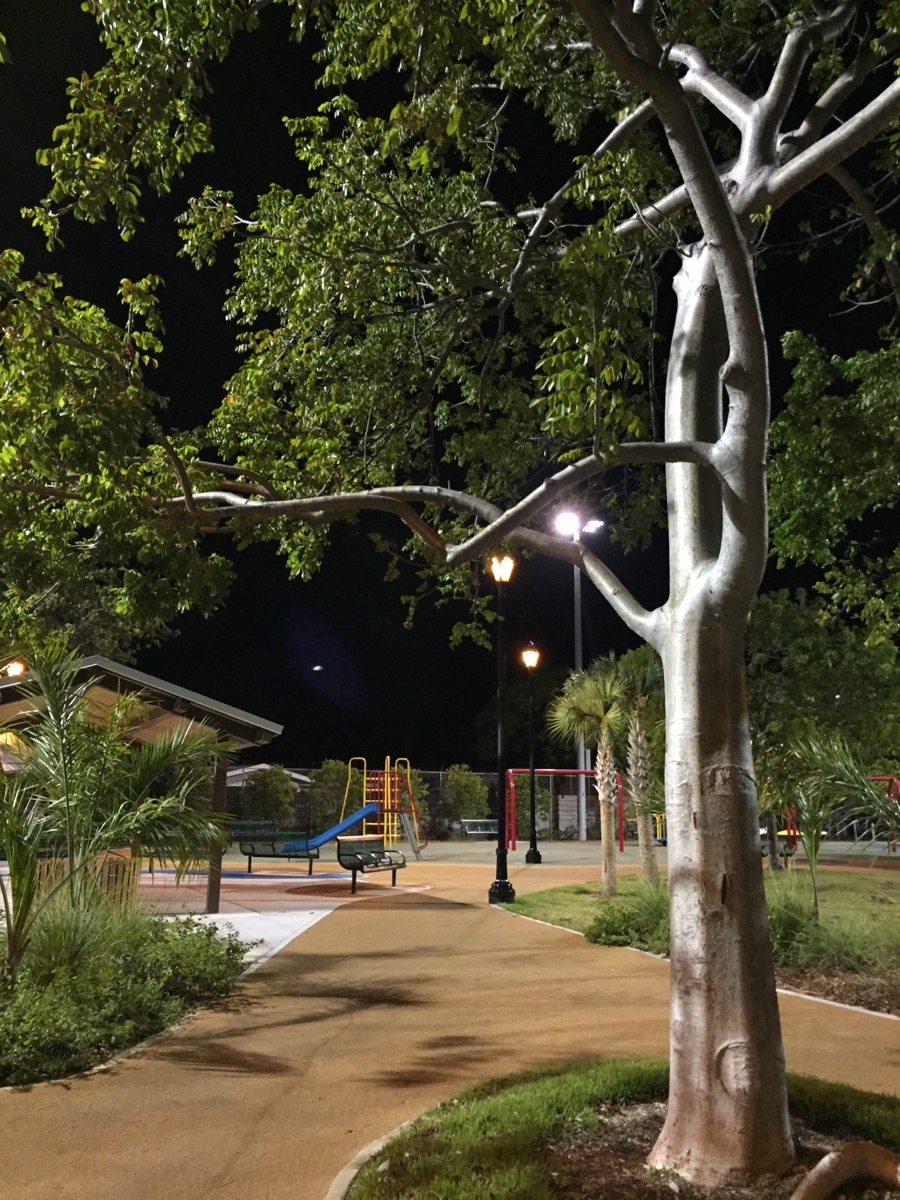 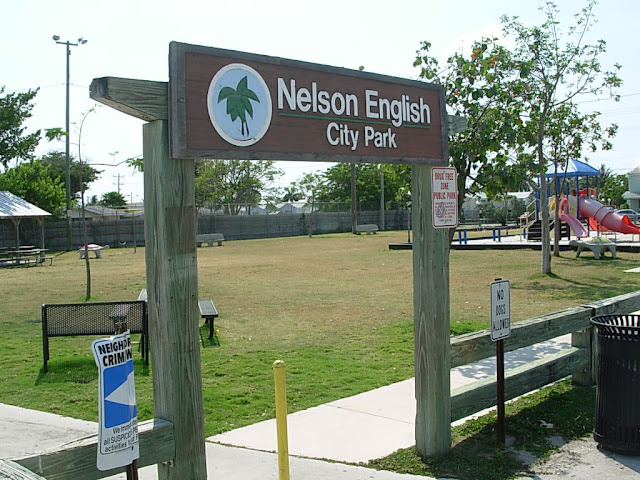 And now, after a $1.1 million makeover it looks fantastic: 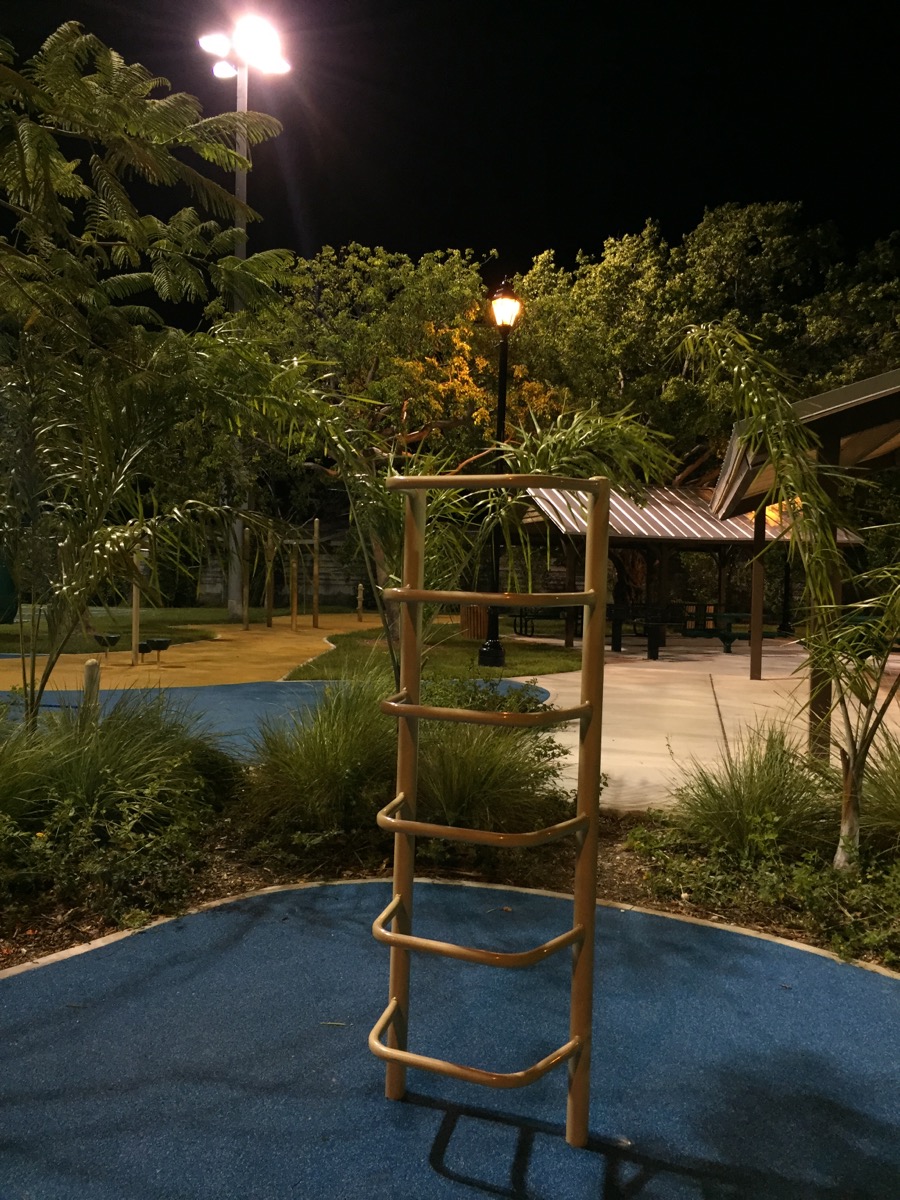 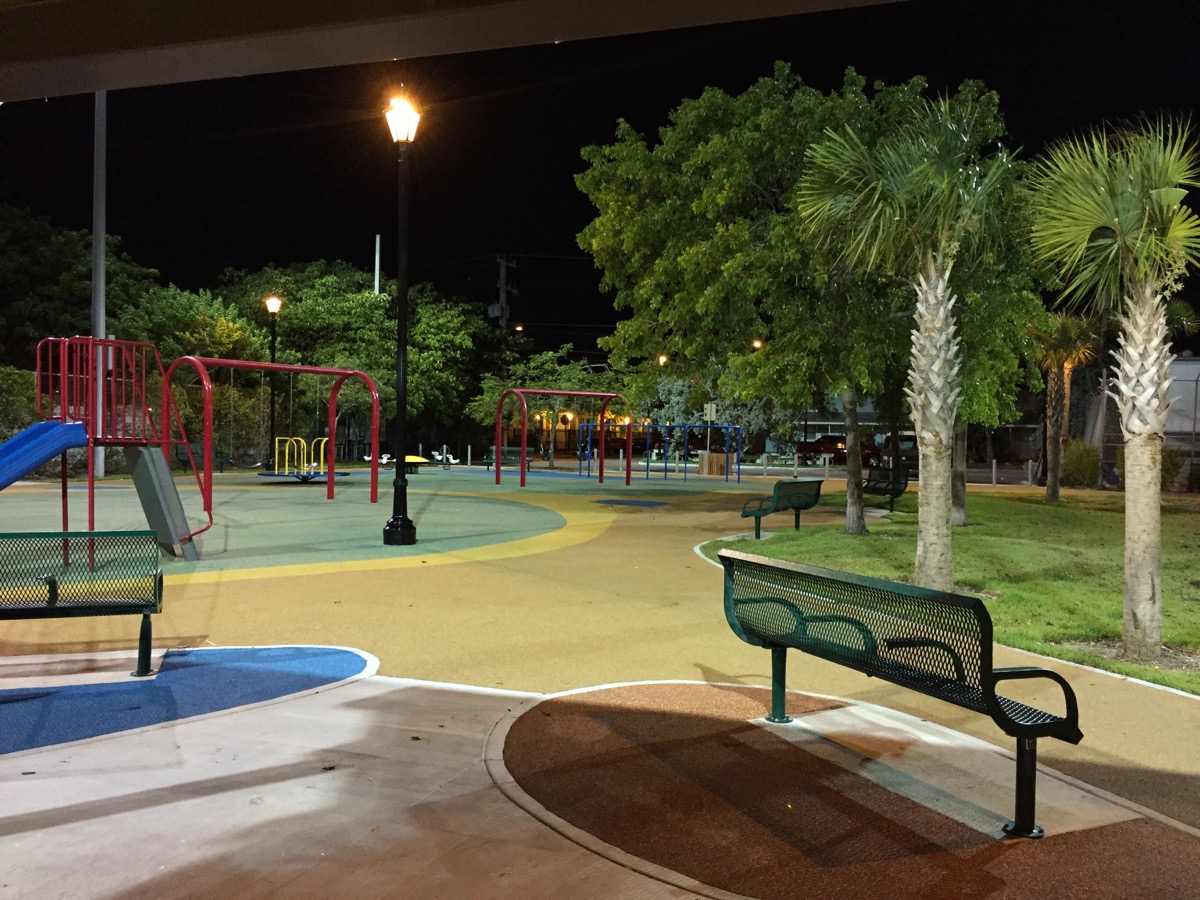 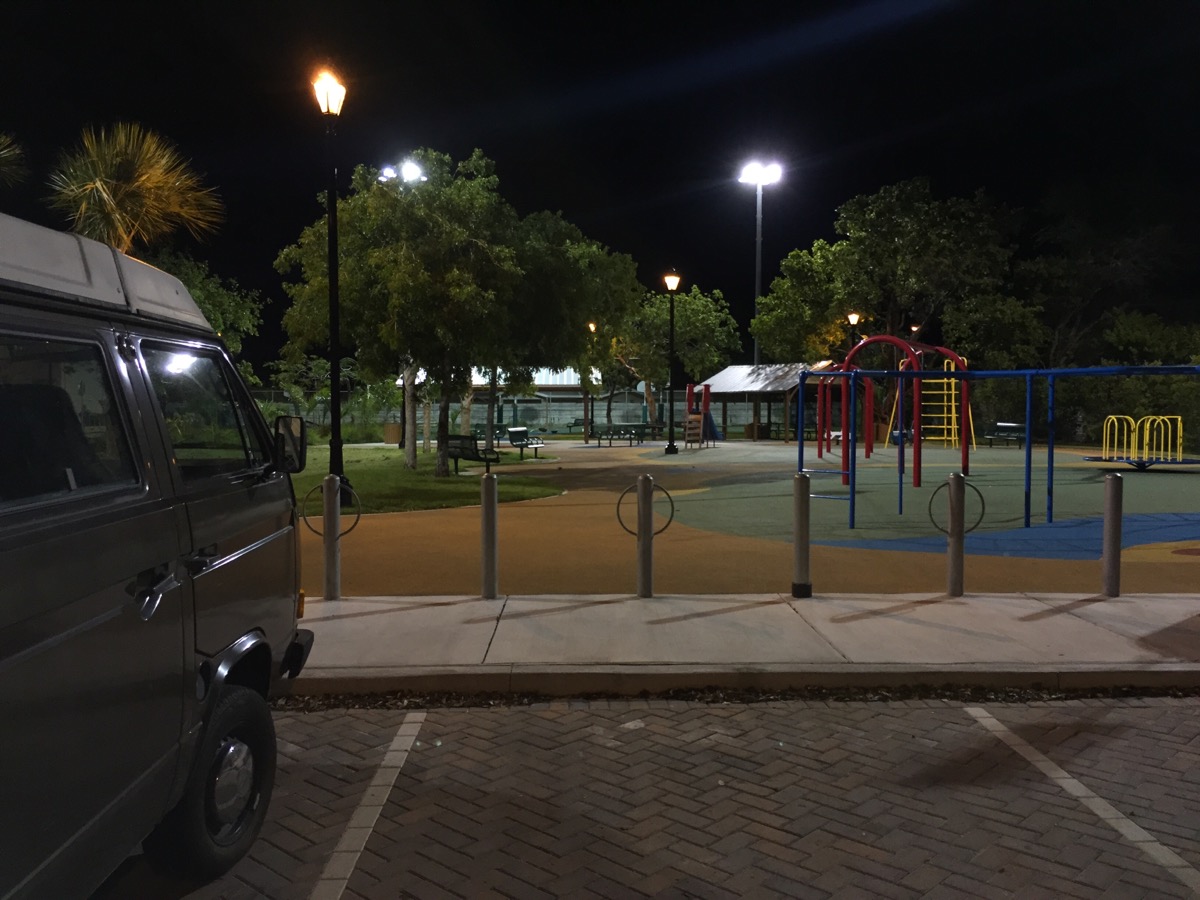 Promptly at eleven when the parks and beaches around the city close for the night the lights went off. 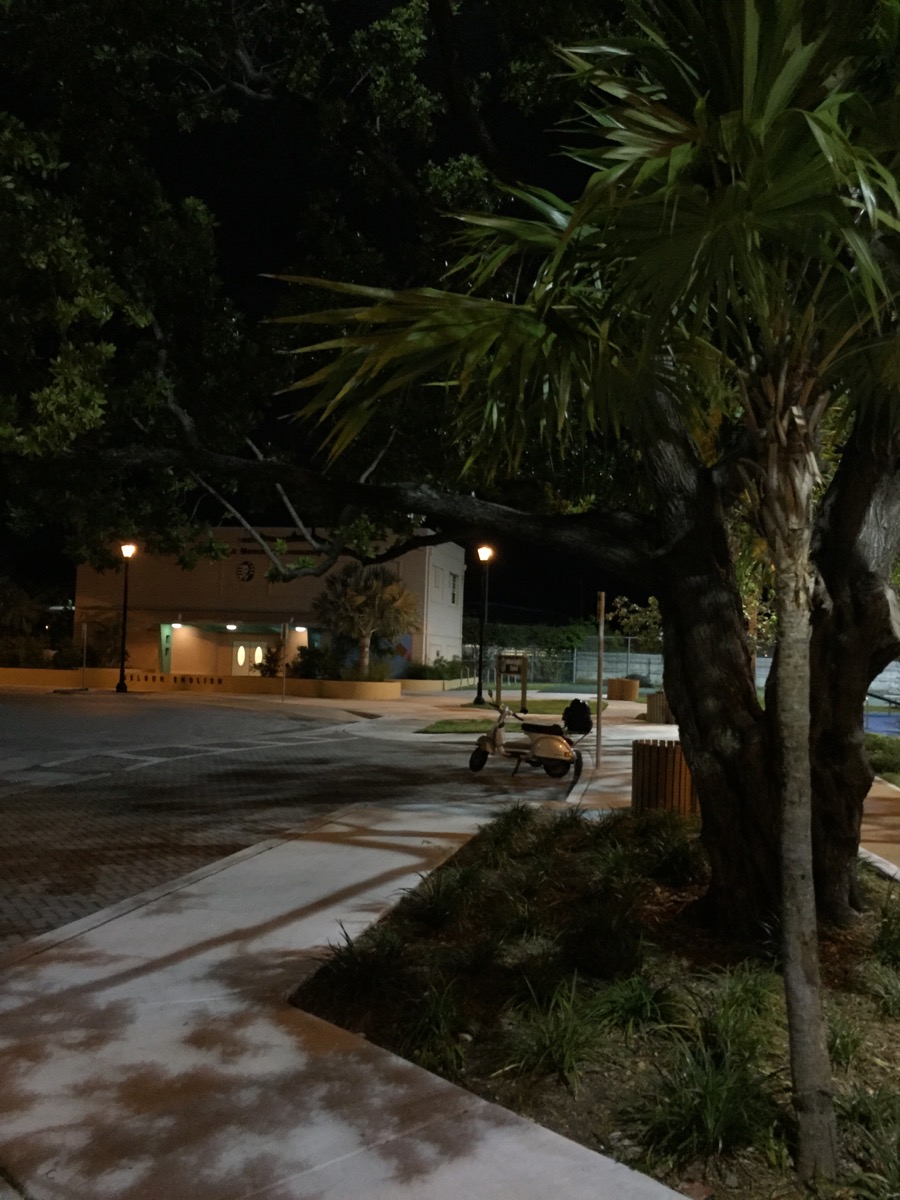 And I moved myself and my Vespa along.
Posted by Conchscooter at 12:00 AM 2 comments: