We took Chuck and Wayne to brunch by way of thank you. My wife said Lost Kitchen so who were we to disagree? Chuck photographed me stumping down the boardwalk with Layne, and Wayne watching our progress: 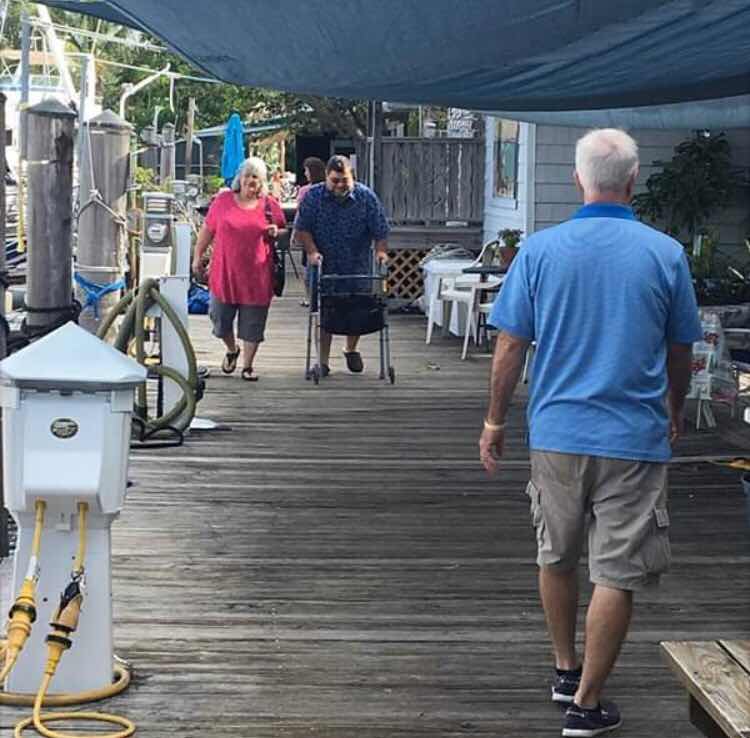 The Lodt Kitchen used to be a pop up, one of those fashionable millennial concepts of top class low cost impermanence in public eating. Now they have a fixed location and oddly enough it’s in a low rent marina in Stock Island. 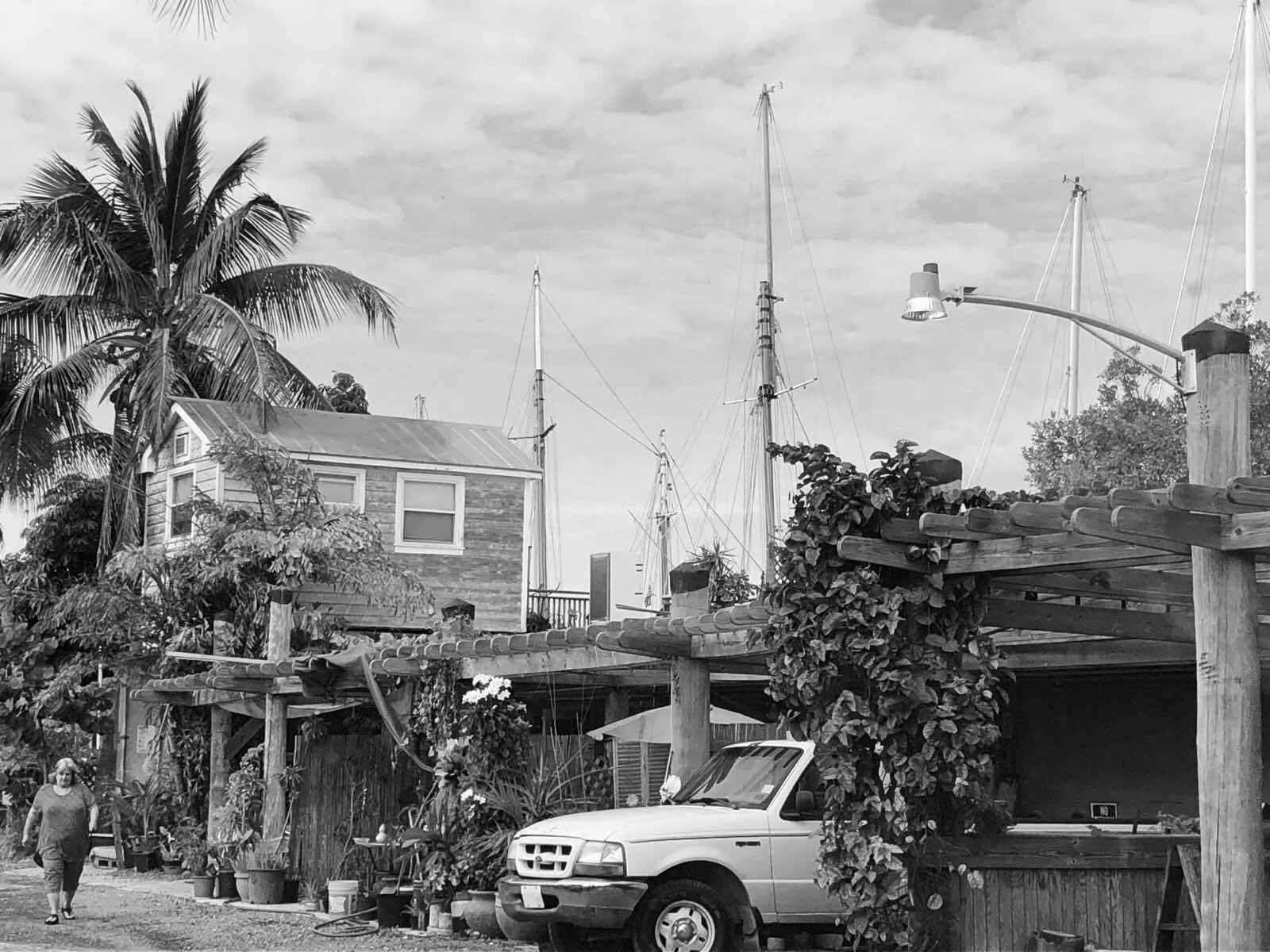 Safe Harbor is another of those low cost water living situations but it gives off the feeling of being a community. Not necessarily of sailors but of artists and artisans seeking relief from gentrification and expense and development that is creeping into Stock Island from Key West. 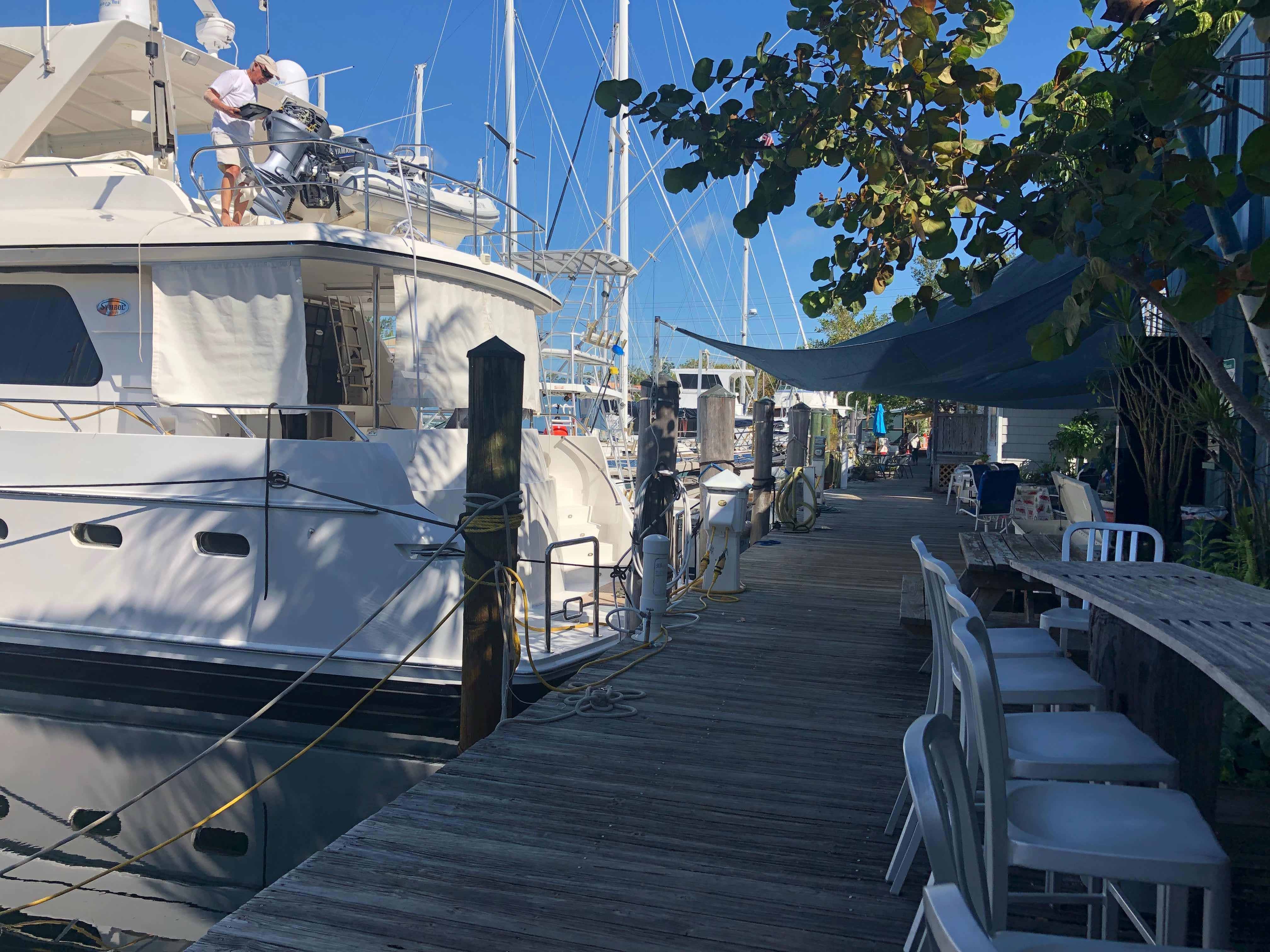 The boardwalk used to be home to carpenters and metalworkers and painters. It’s behind Hogfish which ably markets itself as old Keys style for tourists seeking the authentic. It gives the impression of hanging on barely as Stock Island starts to find itself home to large developments of modern marinas and hotel resort complexes. 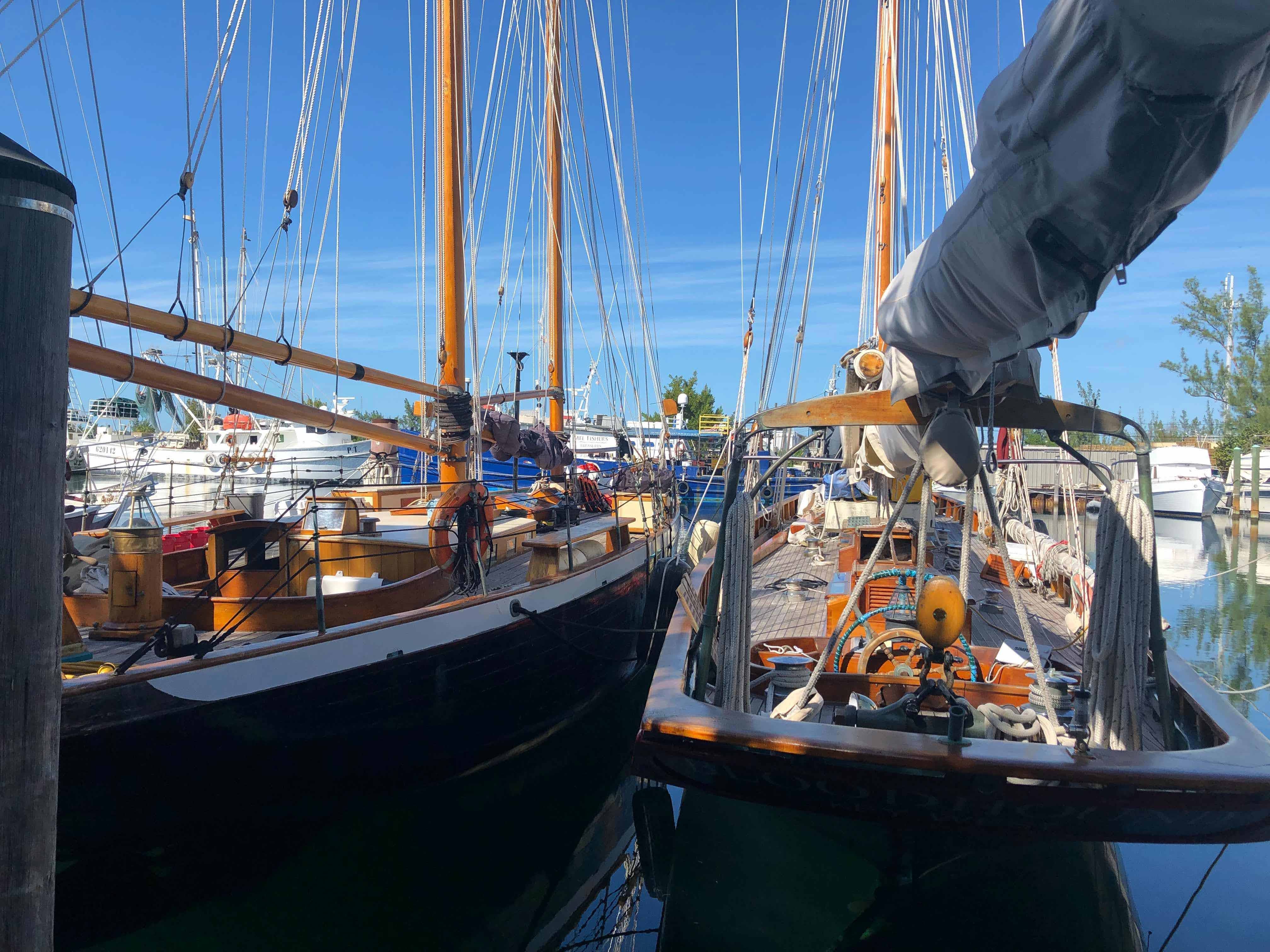 Ironically I have long been predicting Safe Harbor’s demise yet here they still are, hanging on. 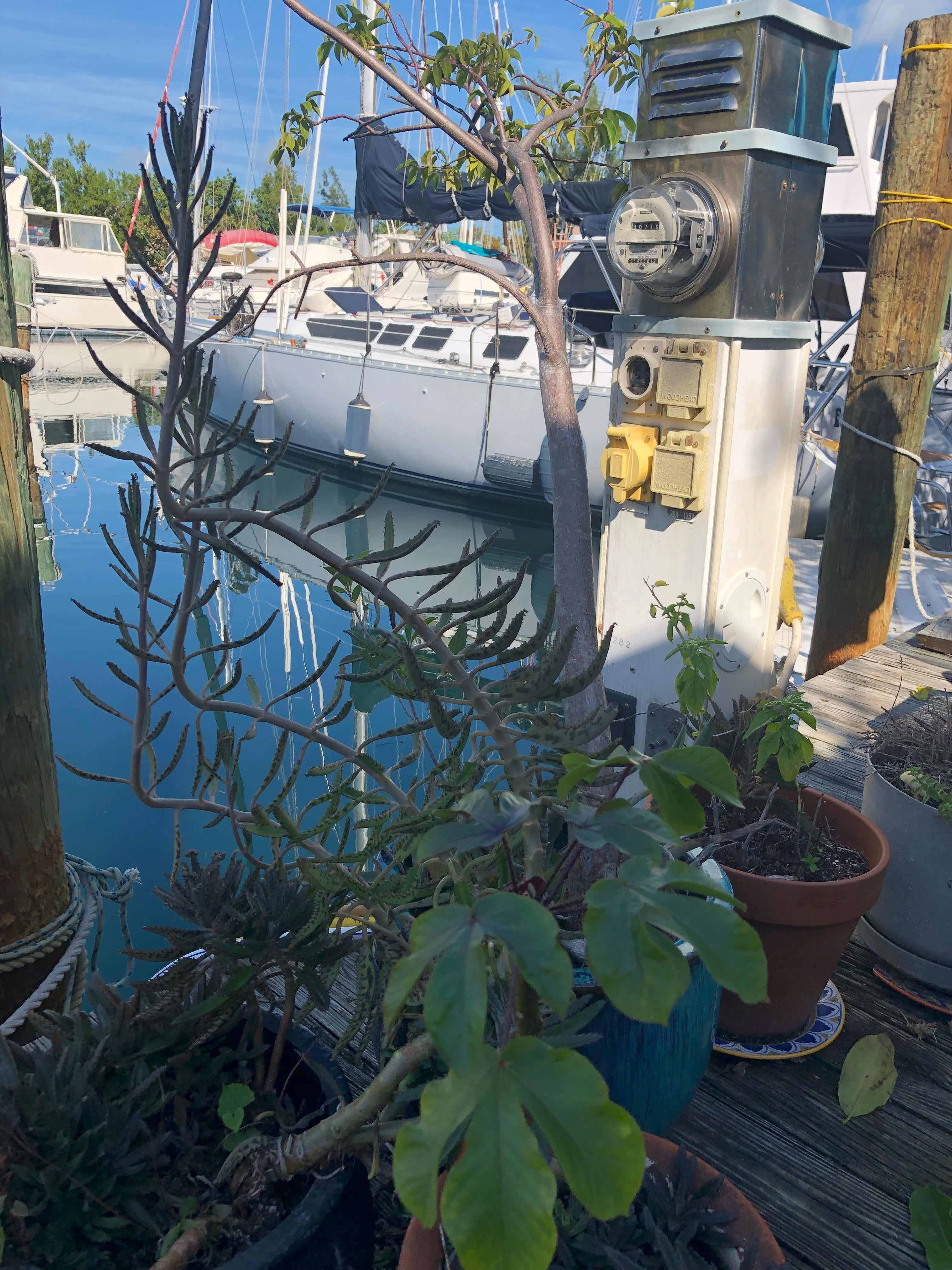 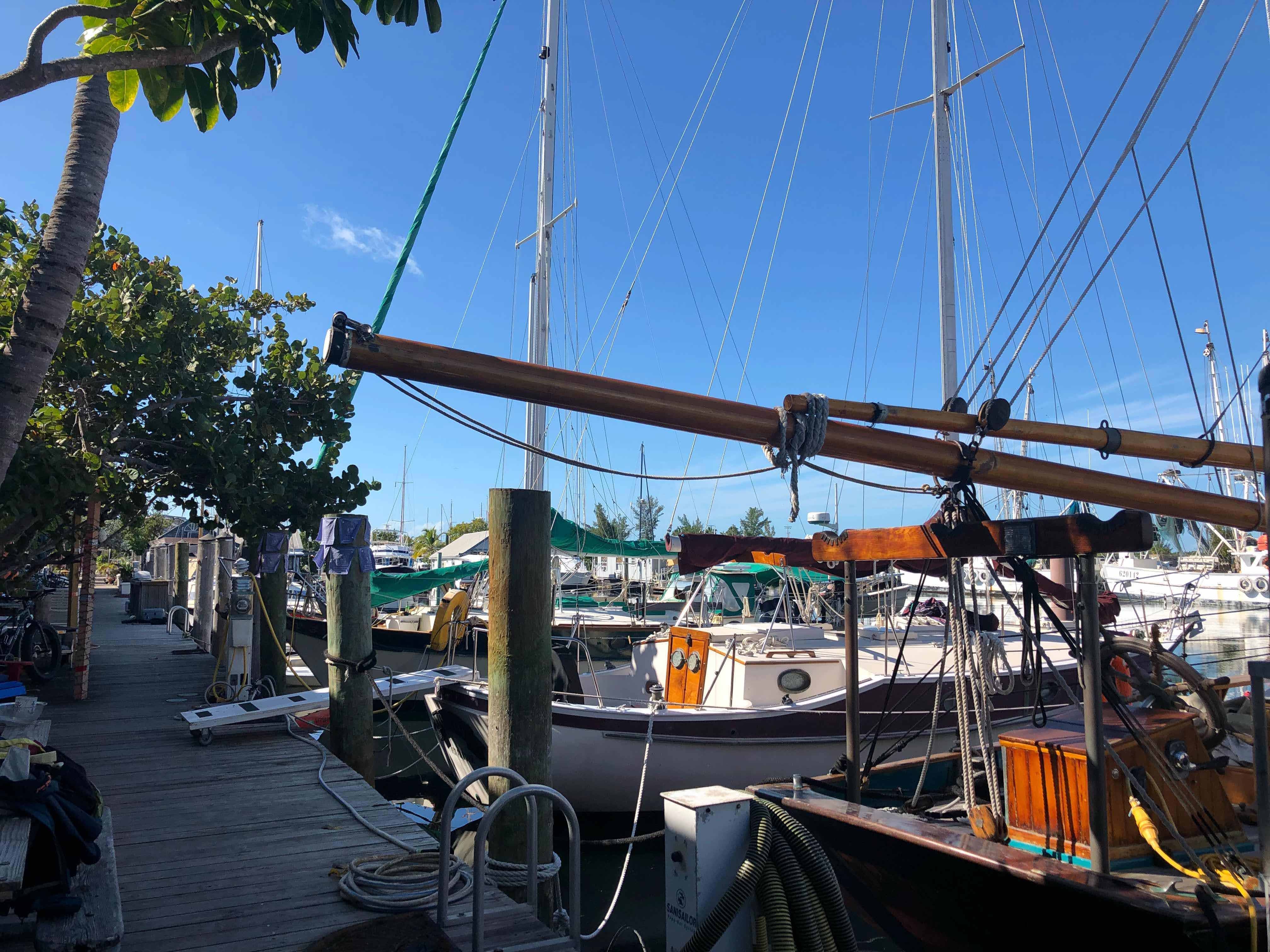 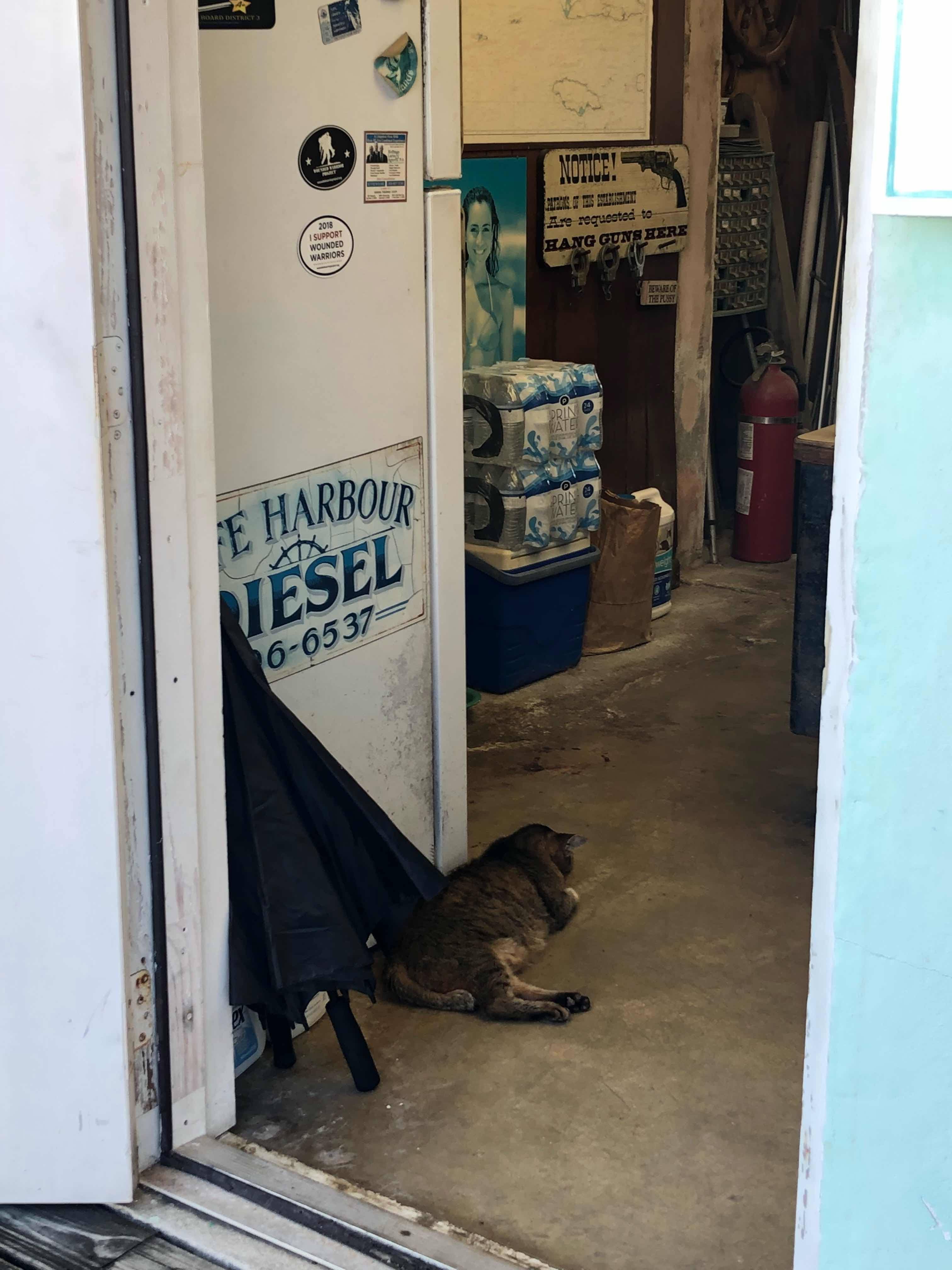 I made a small kerfuffle as I came in with my walker but at least I am more mobile these days and can usually use a walker. I took a seat with my back to the wall to give the chair greater stability so Chuck took my picture under a sign hanging on the wall from a former sports bar on Caroline Street. Change is the rule in Key West. 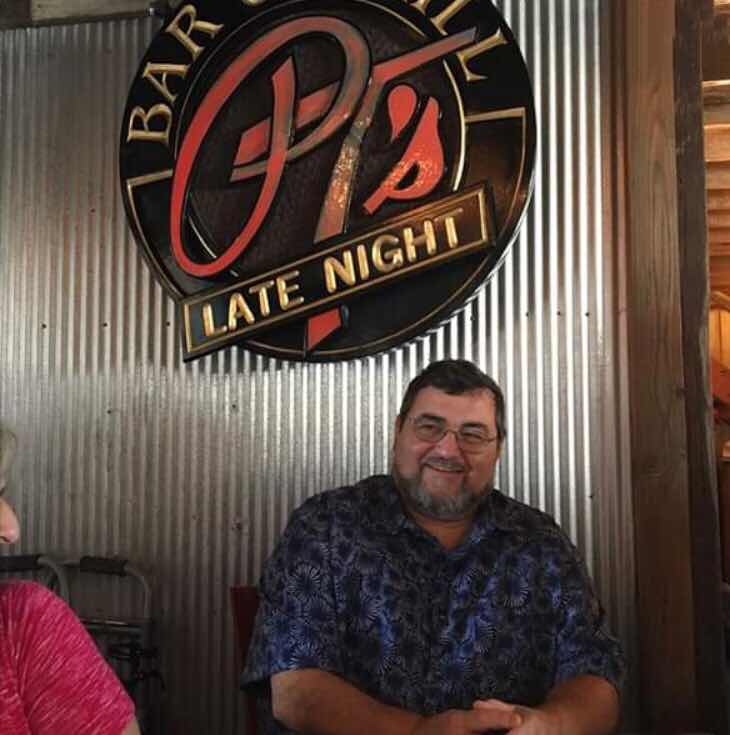 Brunch was a mystery. They served drinks, fruit juices and champagne or strong sweet coffee which I much enjoyed. And brought dishes with no warning or choice which was pleasant inasmuch as there was no pondering menus, a much over rated first world activity I find,  however with no printed menu we had no clue what was going on. 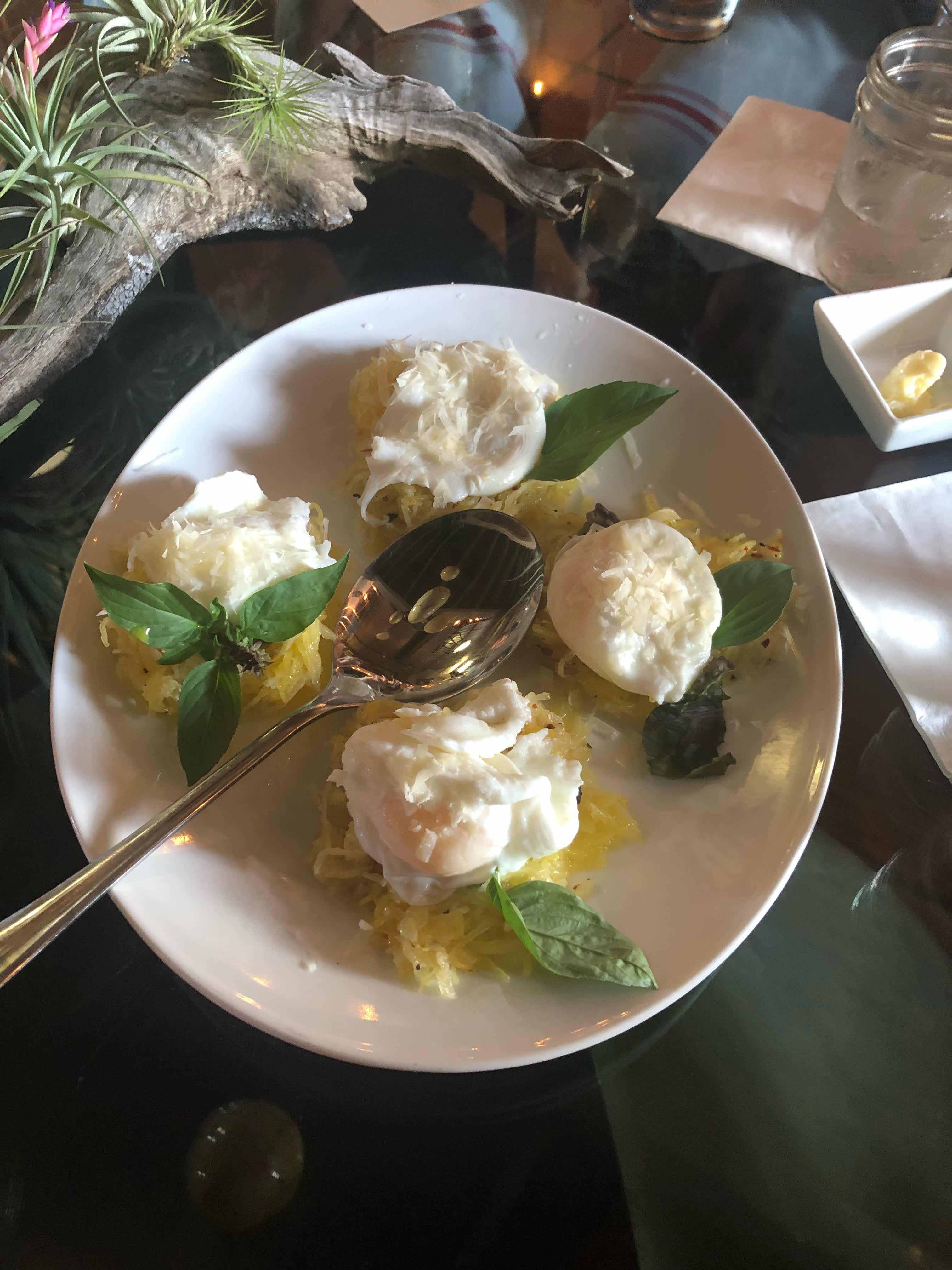 Poached eggs over spaghetti squash, I ended up with two as Layne didn’t like the cold egg. Could have used stronger seasoning I thought. It was billed as a New Orleans brunch so the spicy remoulade with the fried green tomatoes hit the spot: 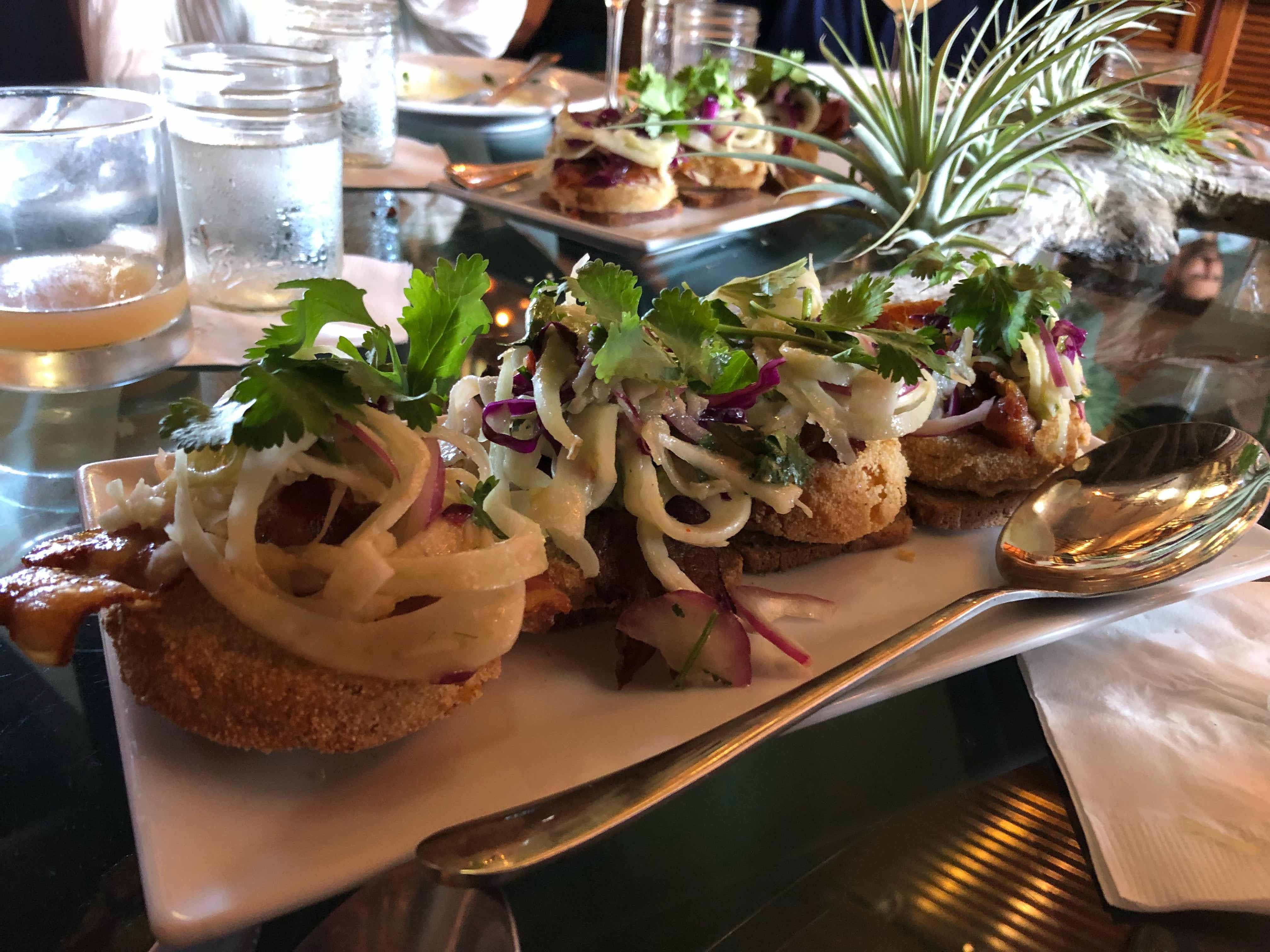 In addition to no clues what was coming we were sat at a table with three strangers, a French Swiss man who instantly found connection with Chuck the Francophone and his wife an environmental lawyer who connected with my wife the former public defender and a Cuban woman who connected with Wayne in some level I didn’t catch. I looked around. 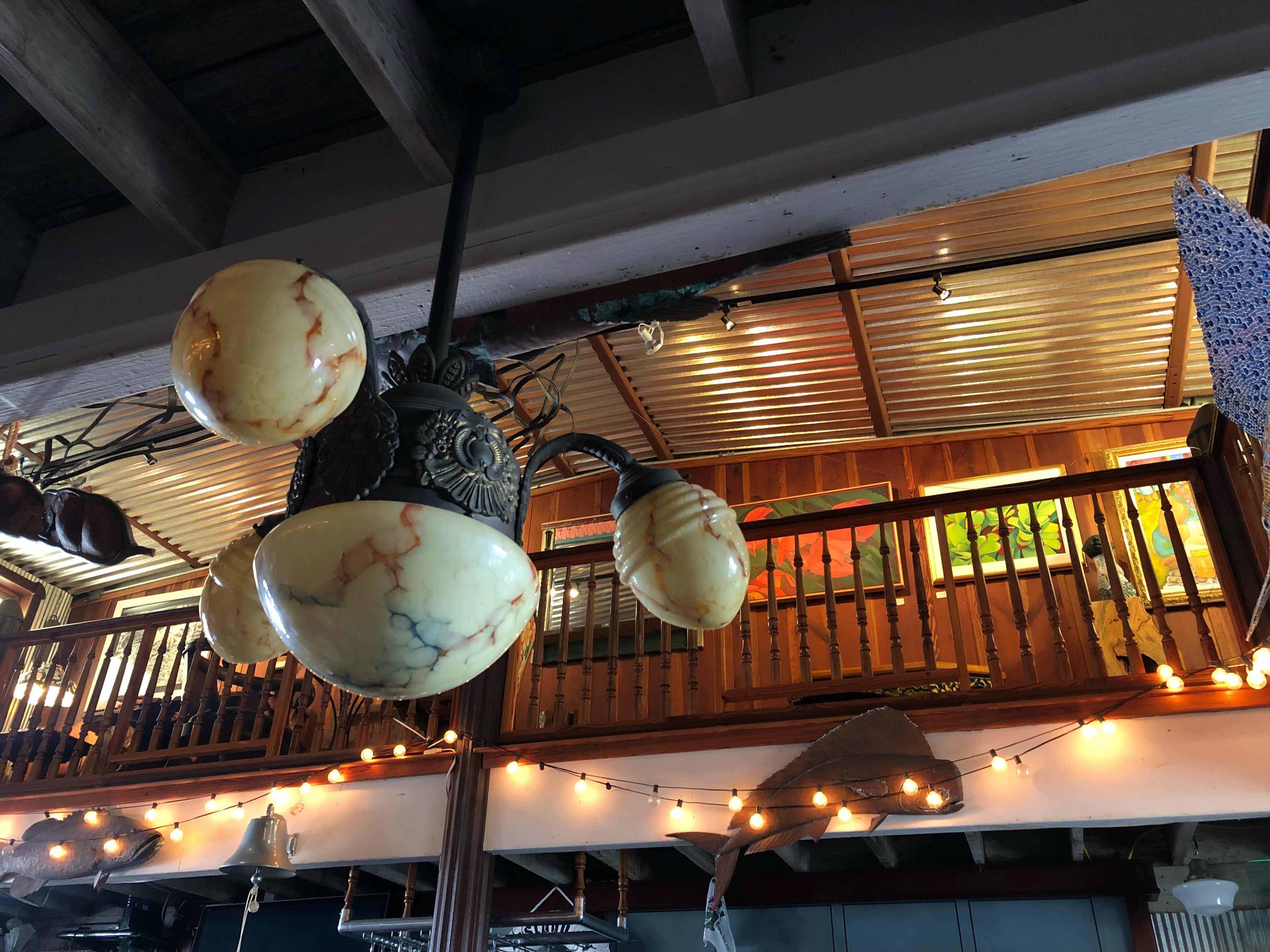 It’s a good thing I suppose to have a local watery displaying art upstairs and thus not accessible but it felt like well meaning gentrification. 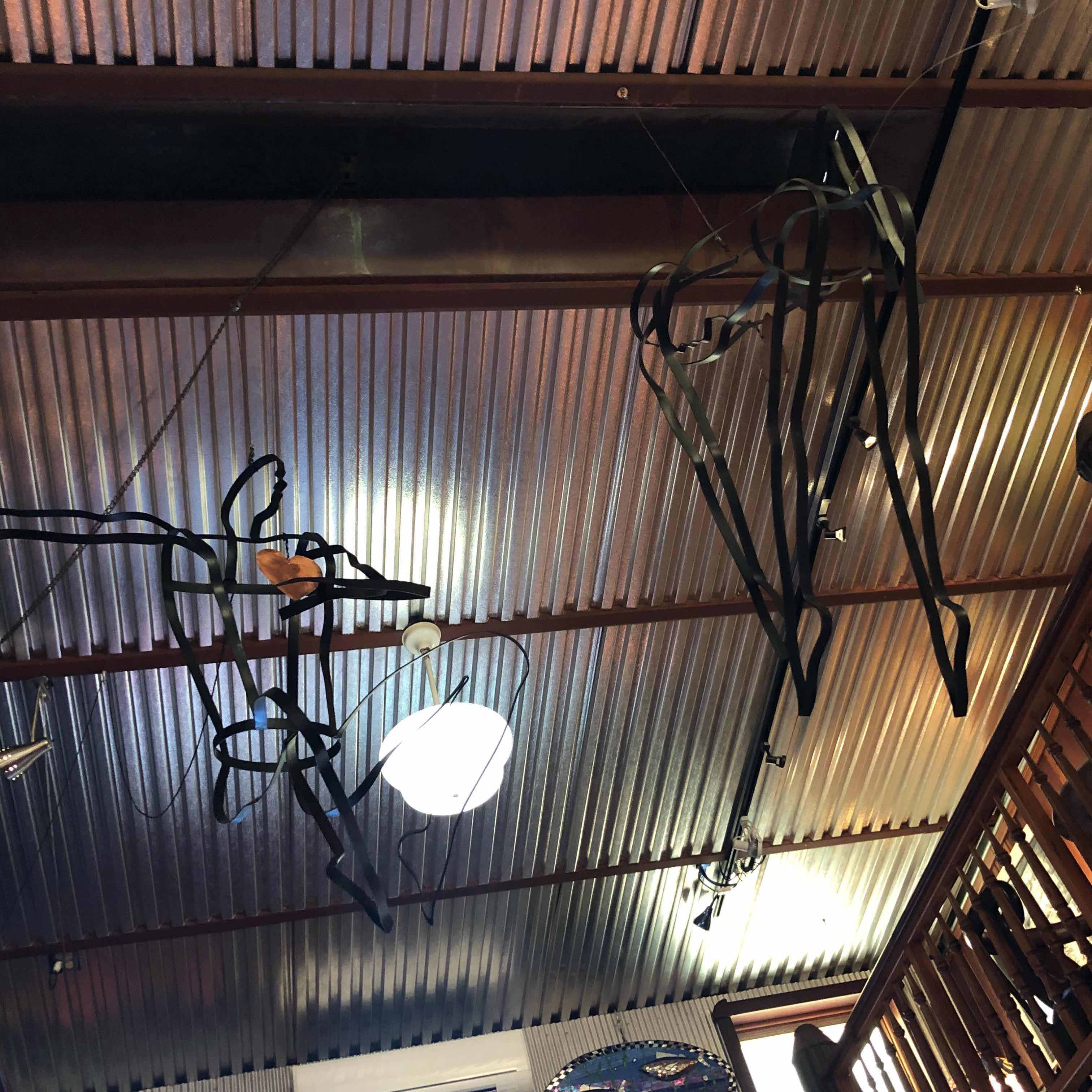 The restaurant is warm and inviting so while it seemed the service was mysterious it worked. Food came and coffee was refilled and conversation flowed. 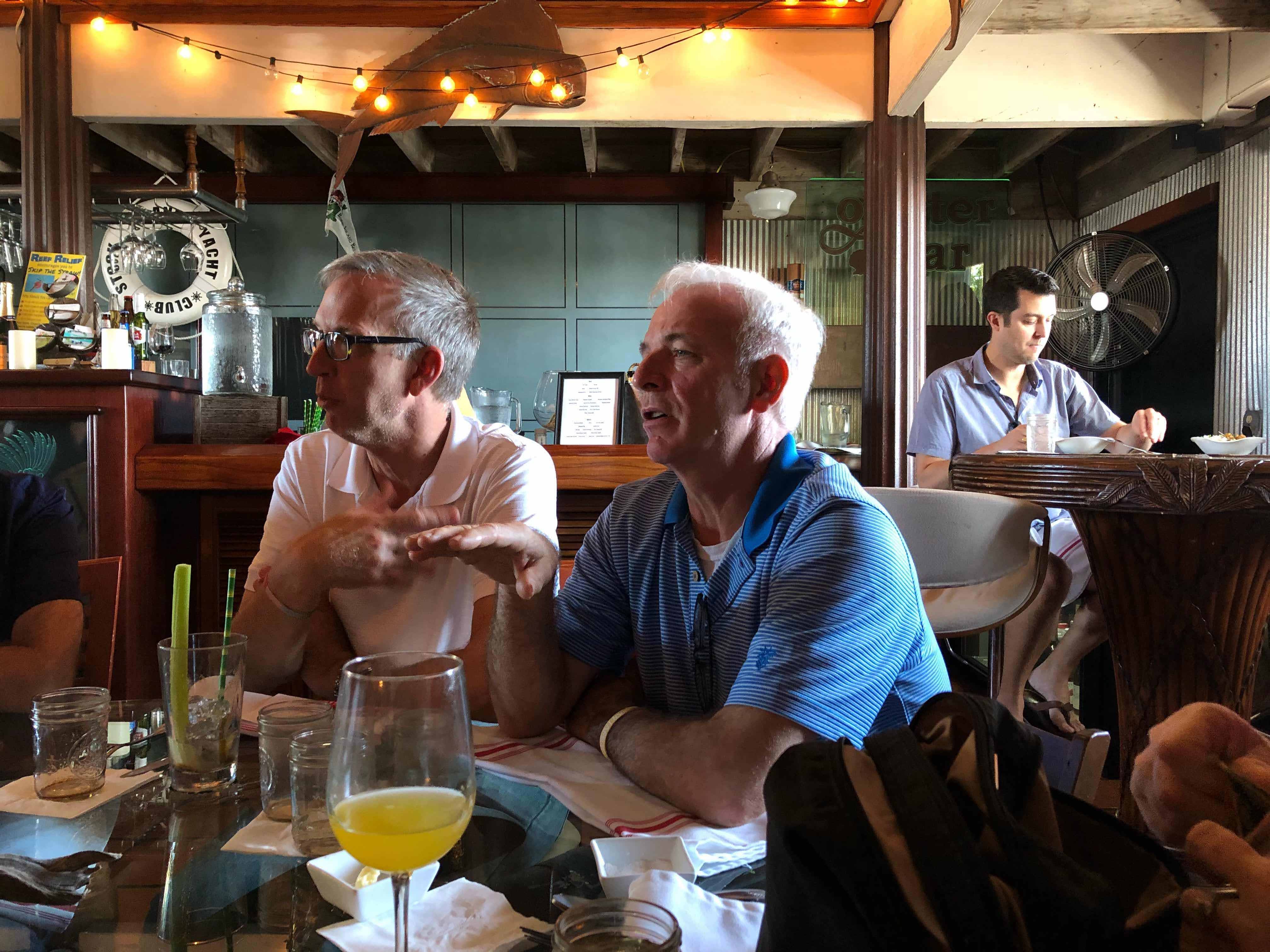 Then we had gumbo. I have to say I am not a fan of okra. I have tried but tontjose of you who say fried okra is good I say you can fry anything and if you eat it before it cools it will be good.  However okra cooked in gumbo lends the sauce a peculiar and rather goey consistency which reminded me of bodily fluids. Lots of shrimp and sausage but that okra... 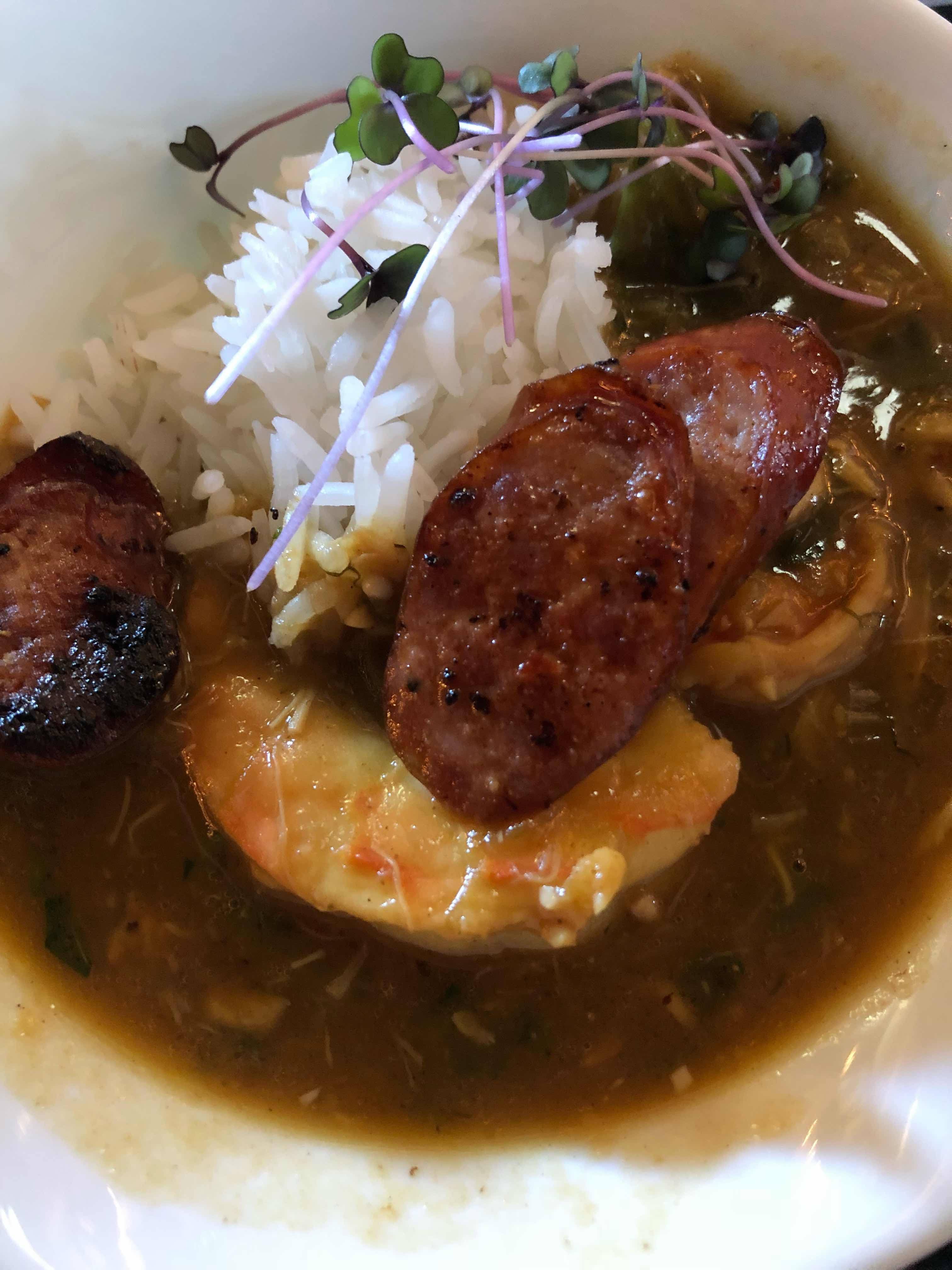 I could have eaten lots of dates with the stewed pear, our last course. Or a crisp sugar cookie. 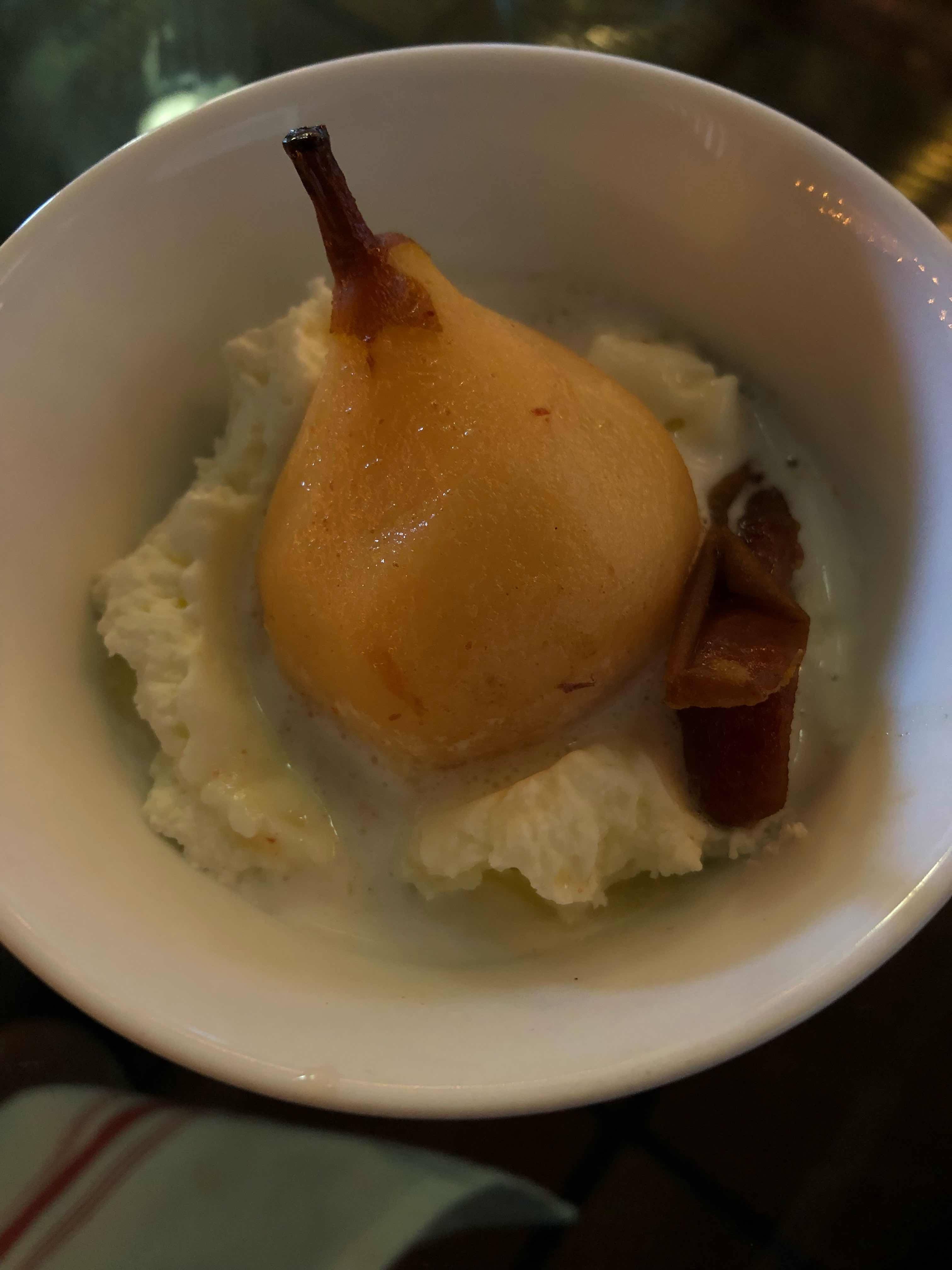 It was an enjoyable outing and everything about brunch spoke of attention to detail. 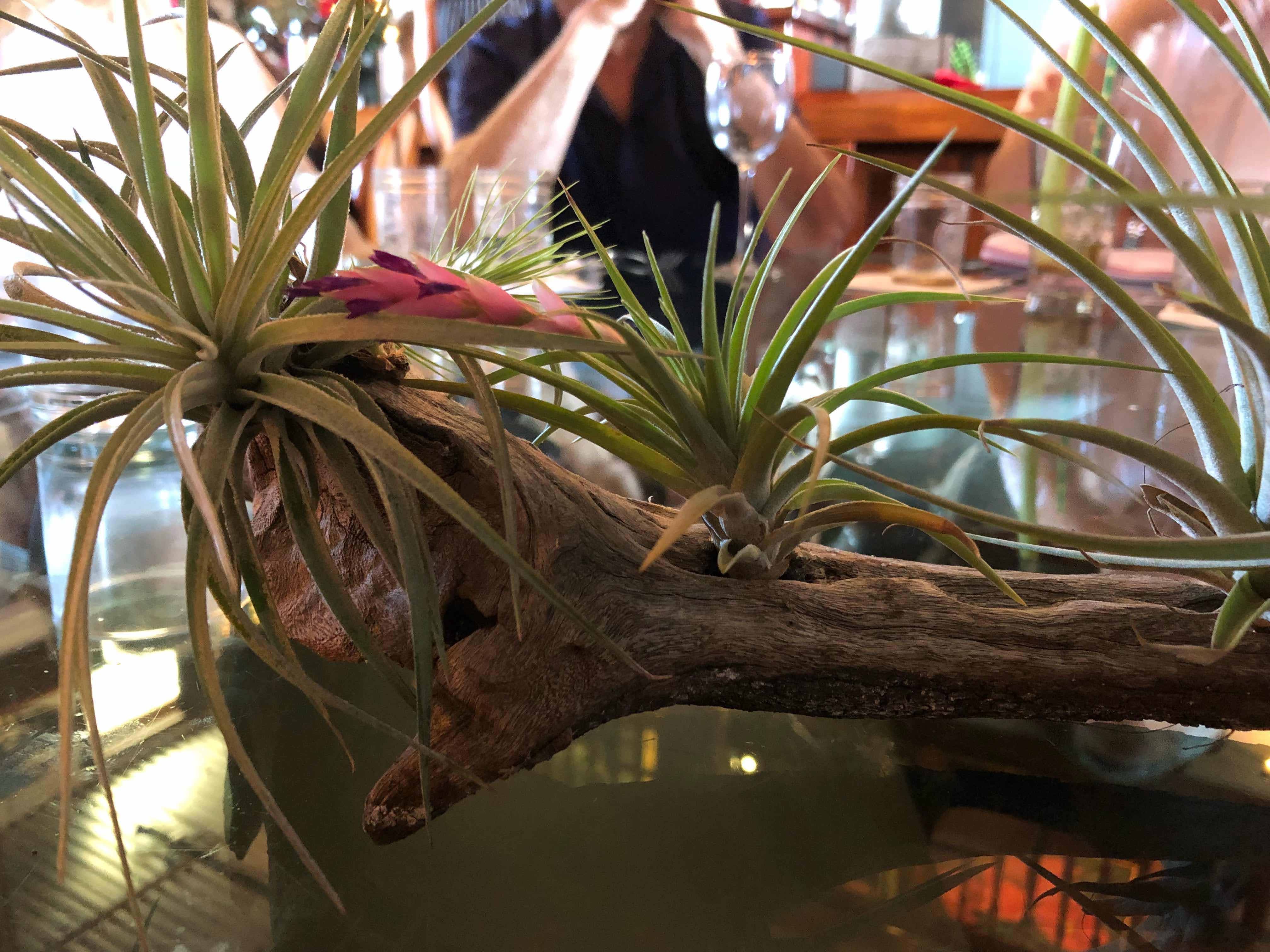 It is clearly much appreciated and dare I say fashionable. 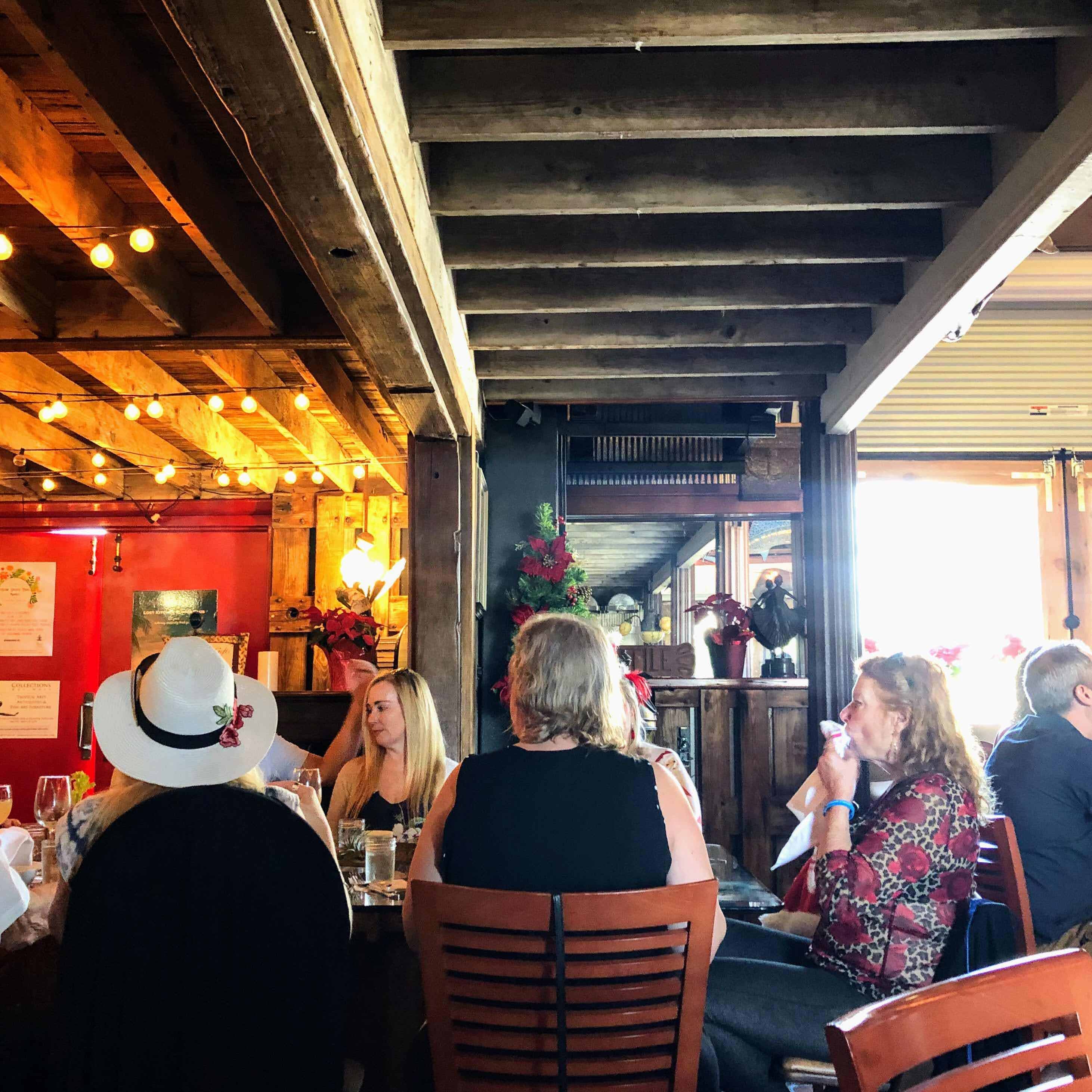 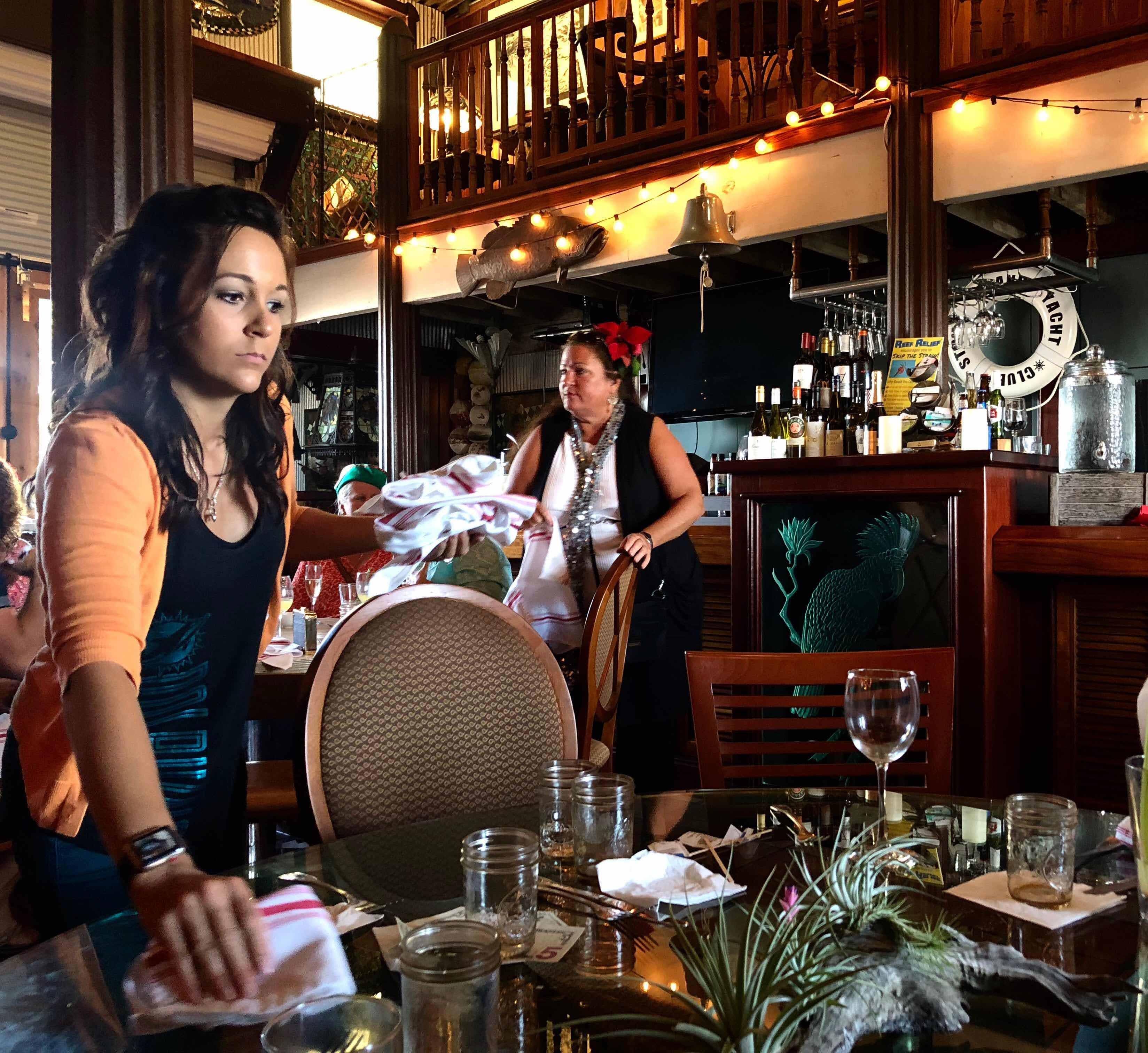 And the whole operation is right there squeezed into a small space. 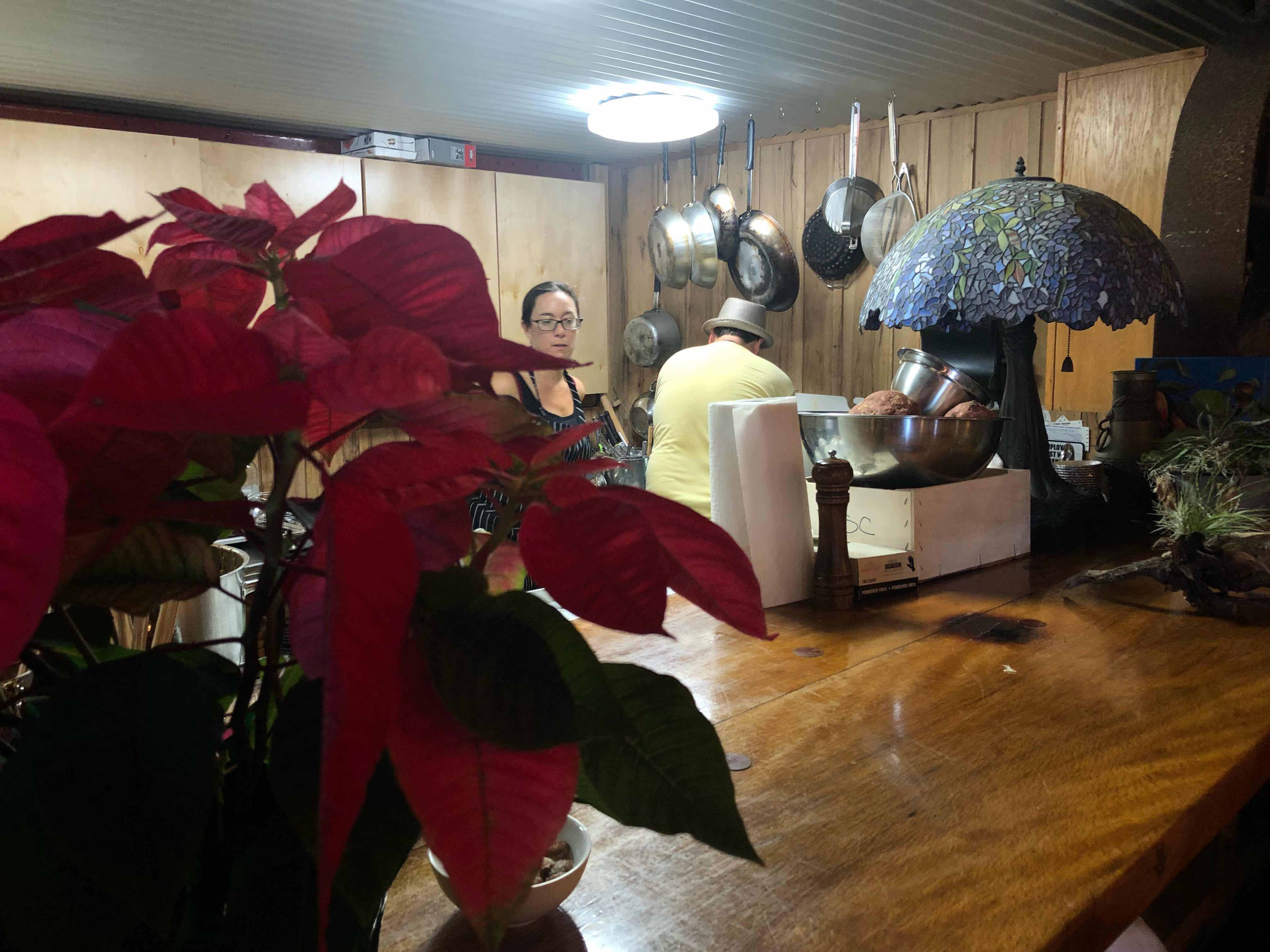 They have quite the following, reservations required where you have to allow yourself to be led, rather than making the choices. I just can’t make up my mind which side of the gentrification line they lie. I hope they will be allowed to continue this strange personal restaurant format no matter how mainstream Stock Island becomes.
Posted by Conchscooter at 12:01 AM 5 comments: