It's a world class cathedral in Orvieto and its quite spectacular especially from the outside. Inside they charge three Euro for an adult admission and frankly its not worth it in my opinion. the beauty is here for all to see: 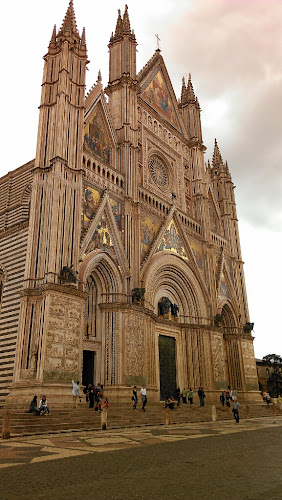 This is the opening paragraph of the English language Wikipedia entry for the city: Orvieto is a city and comune in Province of Terni, southwestern Umbria, Italy situated on the flat summit of a large butte of volcanic tuff. The site of the city is among the most dramatic in Europe, rising above the almost-vertical faces of tuff cliffs that are completed by defensive walls built of the same stone called Tufa. 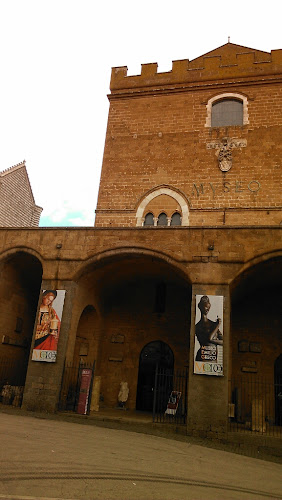 The Romans called it Urbs Vetus but archaeologists say the city was an ancient center of Etruscan civilization predating even the Romans by a good bit. Unlike the typical Italian hill town, Orvieto is flat once you have driven up the side of the mountain it sits on. 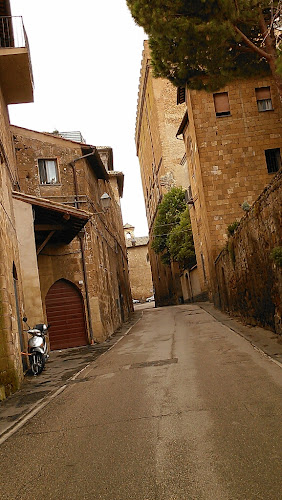 Orvieto was something of a frontier town being the first large city in the Papal States on the road from Florence to Rome. It was also a papal refuge in times of trouble as the place had its own water supply and could be rendered impregnable. Nowadays the St Patrick's well is a tourist attraction and the city has reverted from a cultural center (St Thomas Aquinas taught here in the Middle Ages) to a dozy little town of twenty thousand with a summer influx of tourists. 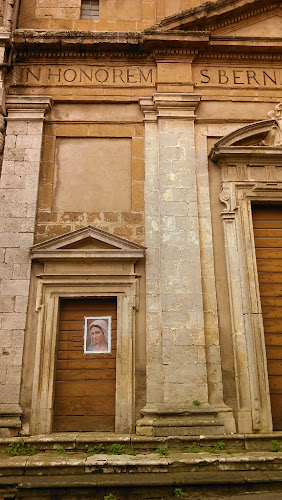 I'm not sure why Orvieto is my favorite town in Umbria, and Tuscany too maybe, but perhaps it has to do with topography. The level streets and narrow alleys don't have expansive views, unless you are on the edge of the city, and this gives them an unusual intimacy. Claustrophobia perhaps but I never feel hemmed in, in Orvieto. 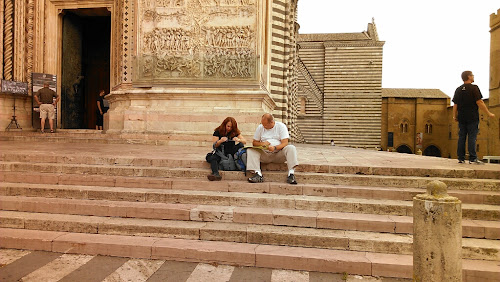 I used to come here to escape rural life, to see a movie and people watch much as I do nowadays. Every time I go back to Umbria I like to pay at least one visit to Orvieto. The white placard shown below prohibits vehicles from entering the city center so walking is required, with only a very few exceptions. 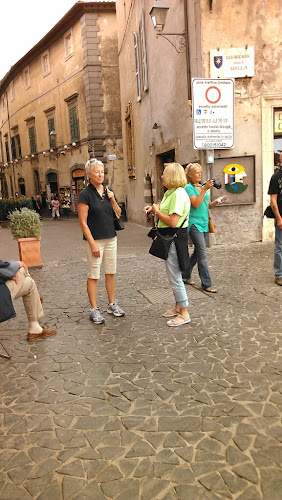 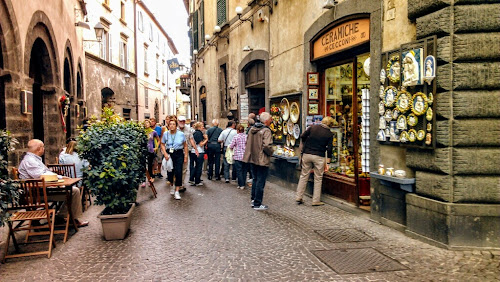 I used a driving lesson for Giovanni's daughter Eleonora to come to see Orvieto, and as, in all of her 19 years she had never seen the city we went for a walk to look for a late lunch. Which we found off the main drag and she told me about her studies for her MBA at Perugia University with graduation she hopes in 2015. She wants to have a career and be independent she says and she wants to be in business. Her main drawback? No English to speak of. Perhaps I should have given her English lessons rather than driving lessons. 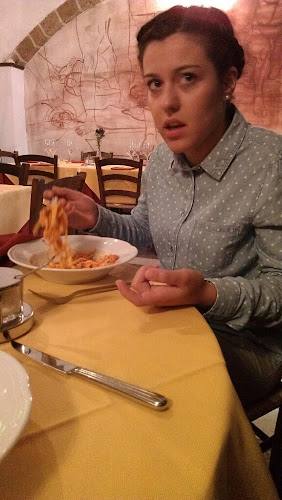 In my defense let me point out it was Eleonora who directed me to the odd sight of people lined up patiently waiting for...the loo. For some reason it seemed odd to us. perhaps we have smaller bladders or more imitative but it seemed to us there were easier ways to take a leak in a town filled with tourist venues. On the other hand it seems laudable that the city has put out at least one pay toilet for public use, as over worked as it is. 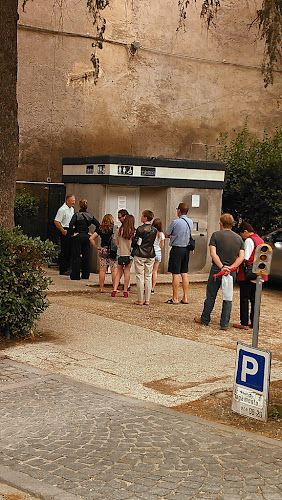 Ancient water systems still produce drinking water on demand, and it tastes good too. I do see a lot of people weighed down with plastic bottles but public drinking fountains are still quite common in Italy. 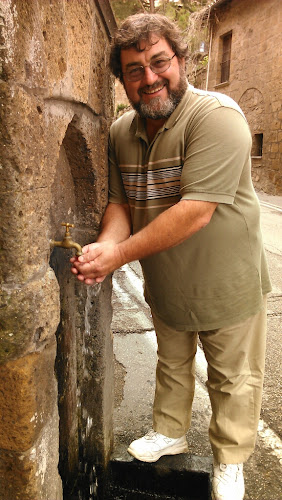 The Tiber Valley as seen from the ring road descending from Orvieto. 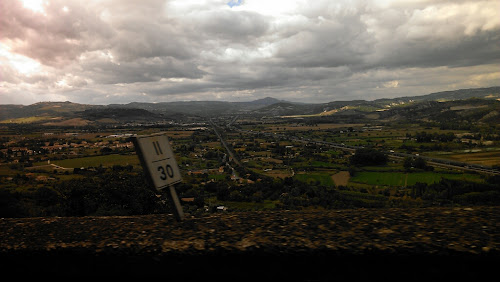 Which ring road led us to the New Town of Orvieto at the base of the hill an agglomeration of modern apartment complexes and commercial buildings called Orvieto Scalo where we saw a beetle industriously scuttling down the street: 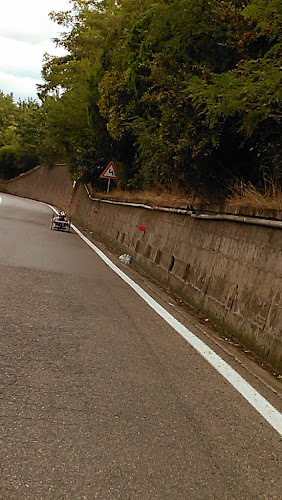 He put on an impressive turn of speed. 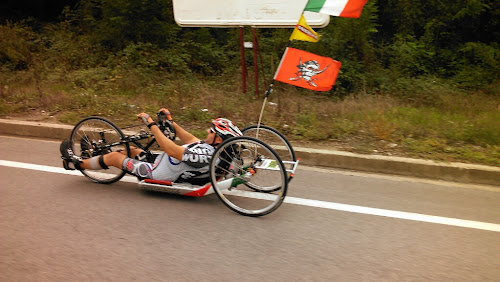 Further on we resumed our driving lesson with a vengeance as traffic got all blocked up Key West style. "What do I do?" the student asked. Press on I said but slowly and don't panic. It was close but she did fine. 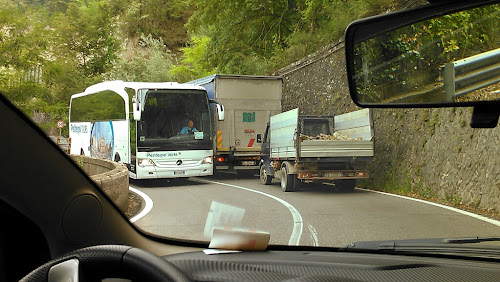 We had satisfied my desire to see Orvieto again so then I felt honor bound to let the student report on her progress to a bevy of her aunts at home in the village where I used to live and they still do. How's school? How's driving? How are your parents, washed down by the inevitable espresso and with all the howdy-dos done we went on our way. A driving lesson as driving lessons should be for everyone. 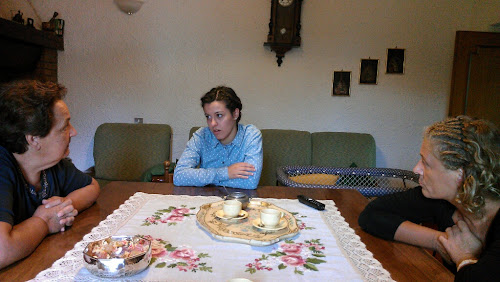 When I was a kid I used to marvel at American tourists who seemed to walk around with their eyes on stalks and their heads permanently turned up to stare at buildings that I as a callow youth took for granted. Now that I am the American tourist I get the other point of view and these villages are pretty. 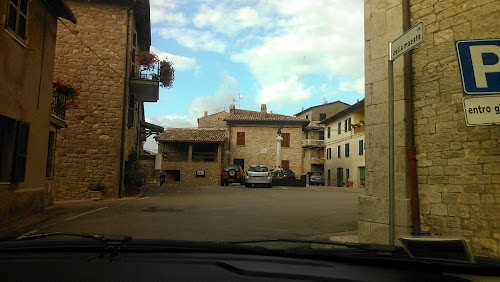 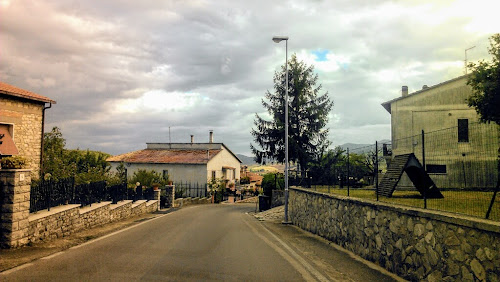 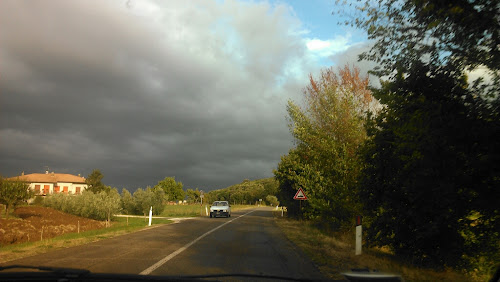 "I love that sign" Eleonora said, "like there's a Hard Rock Capitone" an insignificant little spot on the map at the top of a steep hill to which it has given it's name. I obliged by taking a picture. 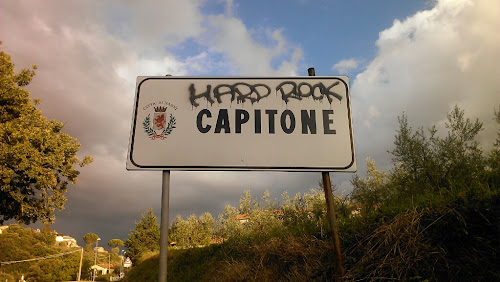 The Alfa Romeo Mito driven by the learner is not an easy car to drive, certainly not to drive well. It has six speeds which can be confusing for one not used to a close cluster gearbox, the engine is small but the car is light so it isn't hard to slide around if you aren't careful. I thoroughly enjoyed it. 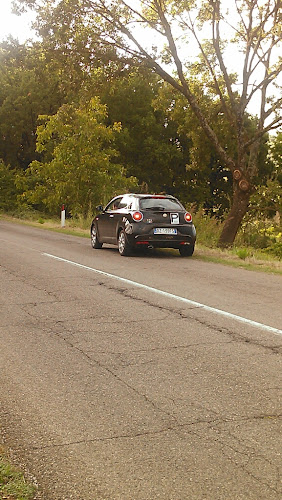 I don't usually spend a day with a 19 year old but perhaps I should widen my horizons. It wasn't all bad, not at all.