I got an unsolicited e-mail a couple of days ago asking about something I posted on this page and could they use it? Sure I said, I always do. They even offered to give me credit which I feel is as much as I could expect. I was quite surprised to learn the Studios at Key West wanted to quote something I wrote about the Key West artist Suzie dePoo. All I could find were some recollections I posted from attributed sources. The cool thing is my wife and I are invited to the opening of the exhibit they plan so good for my blog! Score one for my diary! I'm looking forward to it. 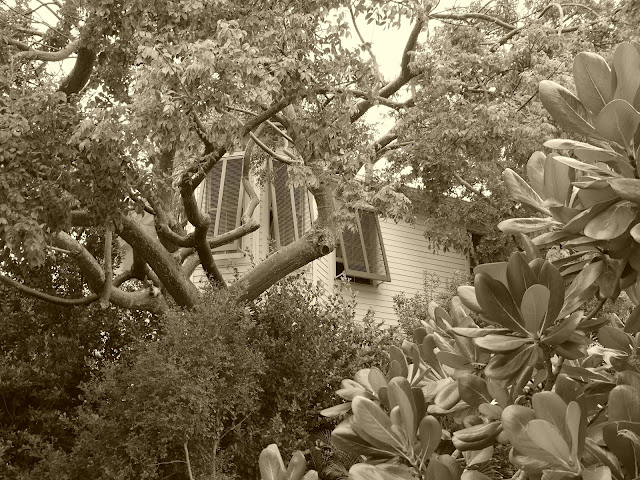 I  did write a couple of paragraphs mentioning how little this city in its eternal weirdness fails to mark locations important in the life of quite a few celebrated artists of one sort or another. Hemingway is a massive and obvious exception but a friend did point out to me years ago that Tennessee Williams a gay man and Elizabeth Bishop a lesbian get short shrift and old Robert Frost gets hardly any mileage though you used to be able to rent his writing studio as a place to stay and may yet be able to sleep there for all I know. 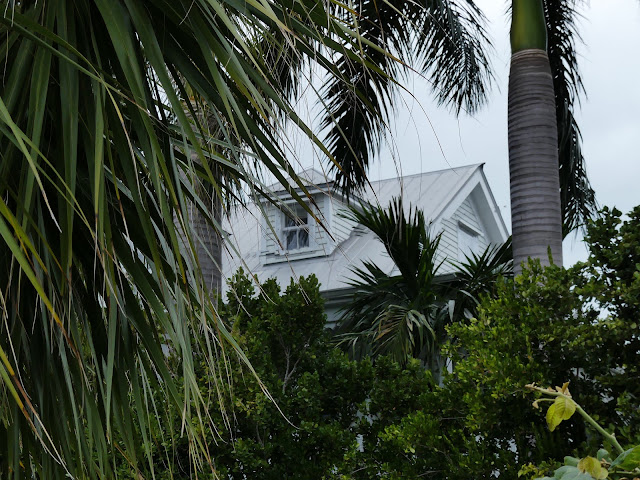 When a well known actress owned a downtown restaurant, Kelly's Bar and Grill was pointed out as belonging to one Kelly McGillis by drivers of the Conch Train as they went by. Perhaps they note William's home on Duncan Street but I don't think they drive by the private house and it's not marked in any way. Fame is a peculiar attribute and certain people come by it more easily than others. 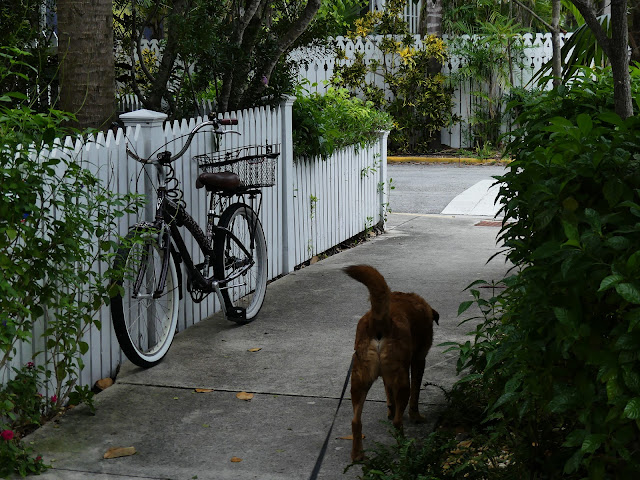 I used to read the news on the radio in Santa Cruz California, and public radio listeners occasionally recognized me on the street.  But when I appeared on a news panel on the main news television station one night, I discovered the power of that medium and I never went near it again as the recognition factor was way too high. Even now I get a momentary jolt when I am recognized. As happened early one morning when out walking the little brown bundle of joy at Truman Waterfront. 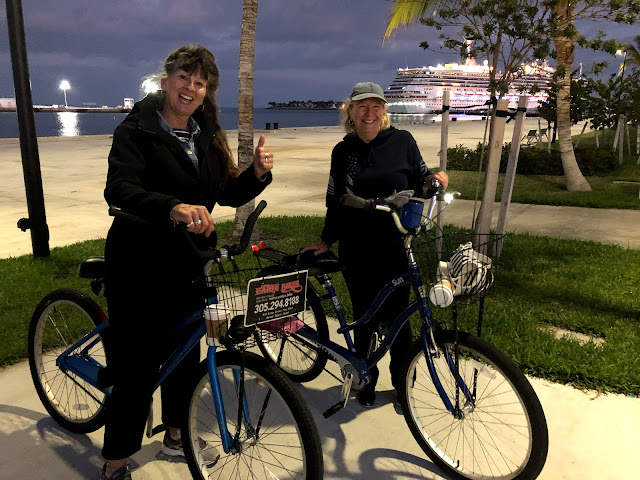 I was not too surprised to see a cyclist stop and double back as my current condition pushing a walker tends to bring out the helpfulness of strangers and I was filling Rusty's water jug at the very convenient fountain in the park. I was completely surprised when the blonde woman addressed me by name. Bugger I thought but I put a brave face on it when I have to admit I can't remember where we met so I asked. And she admitted we never had, so I wasn't the tool, I had at first thought I was. That was a start. 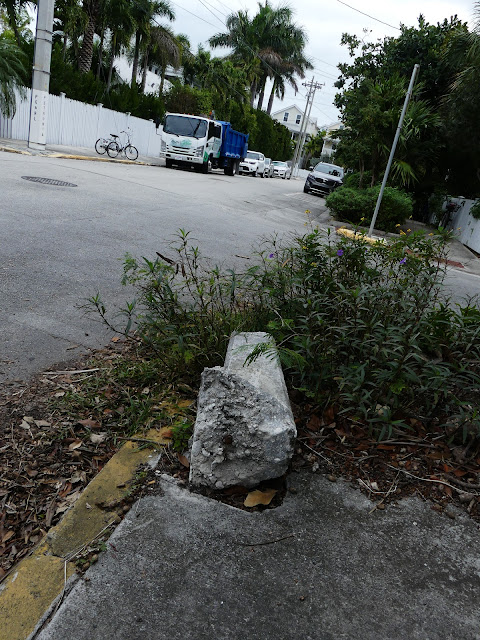 I also had the wit, unusual in me, to take pictures and notes. I am getting good at this, I thought to myself. Sherry with the hat retired to Old Town Key West eight years ago and apparently dragged a husband down too and they both really like it. They came from upstate New York which I quite liked when I was there one summer but apparently this time of year it is sub-optimal as the weather tends to be a bit brisk. I know I'd hate it. Kathy lives in Virginia and was visiting her friend and had never heard of this web page so was a bit flummoxed by the whole about face and talking to a stranger with a gait impediment. They were very nice and didn't mug me which might not have been all that easy as Rusty had got bored and was sitting and eyeing me from across the parking lot. One false move and he would have shredded them. Good boy. 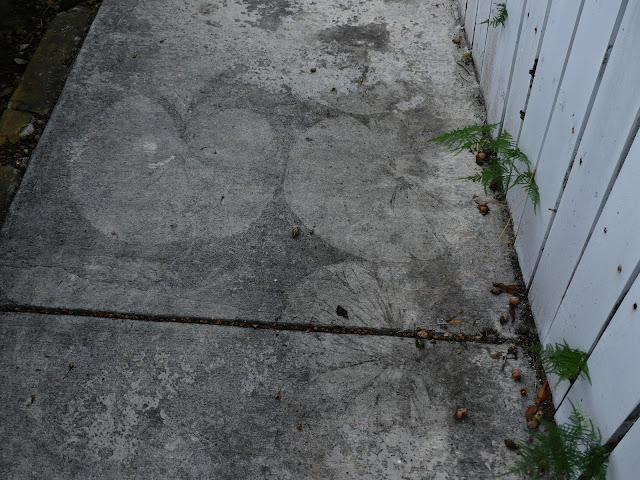 This June this blog will have been posting one a day almost without a break since 2007. Though I say so myself the photography has got a good deal better and I am always ready to attribute that in good part to the fantastic improvement in digital photography over the past decade. I have also made a conscious effort to pay attention to my pictures and that has aid off. I really like digital photography in its current form. 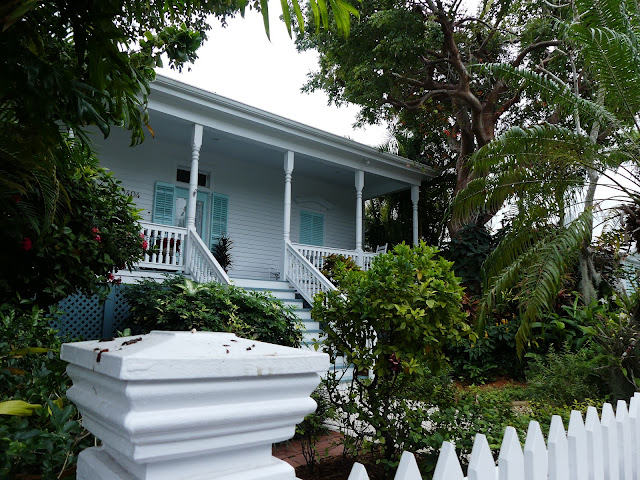 Cell phones are getting really quite good though I do love my Lumix FZ300 bridge camera. It looks like a single lense reflex but it is a fixed lense electronic camera that bridges the divide between a professional quality SLR and the close range instrument found in your phone. Consequently I have a huge telephoto lense  and millions of filter and manual adjustments if I want to use them and sometimes I do. All it consumes is a rechargeable battery and I carry a spare. I take pictures, download them instantly to my phone by direct WiFi and do a little light editing on the phone to crisp them up as necessary and they ready for Instagram of this page. Fantastic. 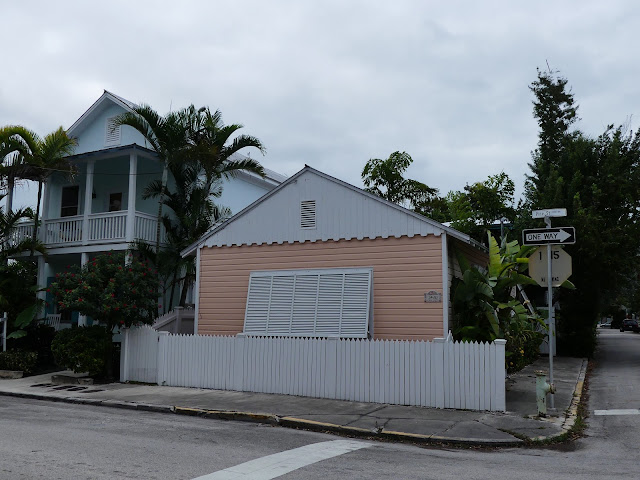 It has got a bit complicated handling Rusty on a leash in town, pushing my walker and grabbing a quick picture here and there. When I could walk properly and keep up with Rusty I had more time to contemplate my shots but it is a credit to the camera that it snags pictures instantly to help me out. Composition with a tripod and profound thought is not really possible in my weird  walking style. 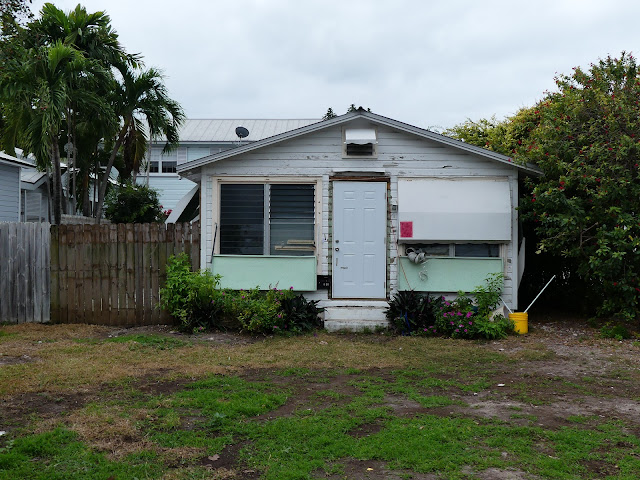 The Key West Photography Festival is coming up and this year I did actually brace myself and submitted three pictures. I doubt they will be accepted or noticed as I have no idea how to rename the pictures ion the format they desperately needed. I tried to figure it out and failed and with the deadline looming I sent them in. A few hours later they extended the deadline! Much gnashing of teeth. 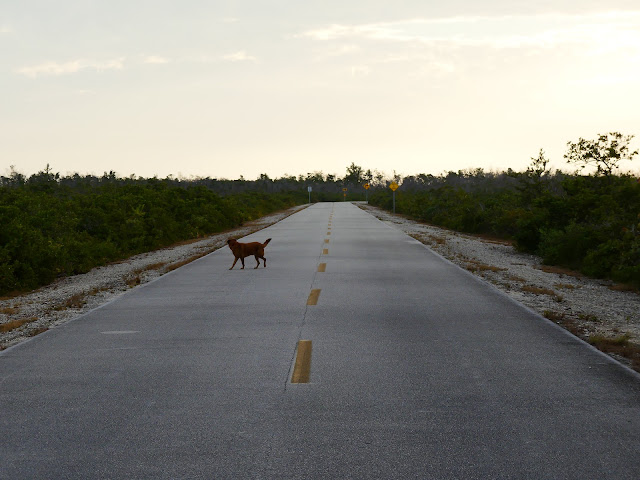 They have times for local photographers to give talks but I'm not sure I want to do that. I had thought of talking about my experiences trying to be  a photographer flat on my back in the hospital but my putative title As I Lay Dying leads me to think in a death-phobic society that my own amusement at my severe medical predicament might not go over real well. I have a dispatcher's sense of humor when it comes to talking about my death mask selfie in the roadway and photographs of the doctors operating on my leg... Better draw a veil over that and let local photographers chunter on about sunsets and palms and primary colors. It's what Key West is to most people. We know of course there's much more to it than that. 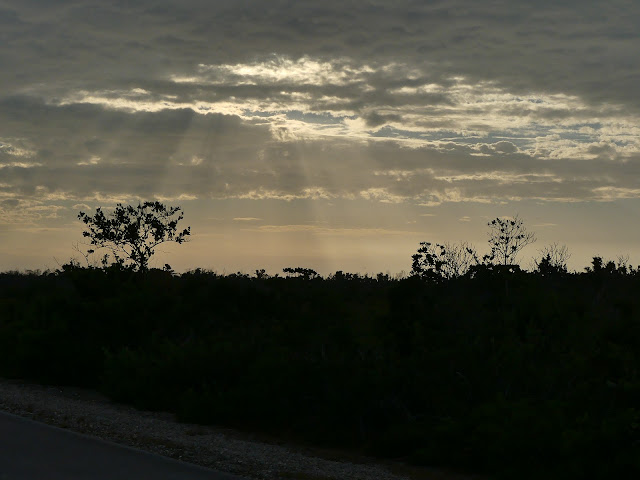 And some few weirdos have been reading my take on that for fully ten years. Crazy. But the pictures are a whole lot better aren't they nowadays? 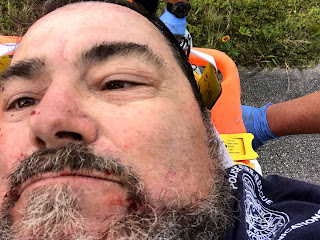 You can imagine them laughing uproariously at thirty minutes of pictures like these can't you? 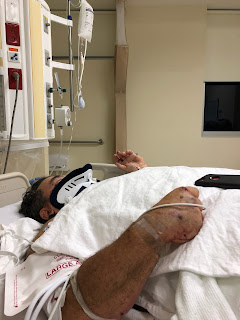 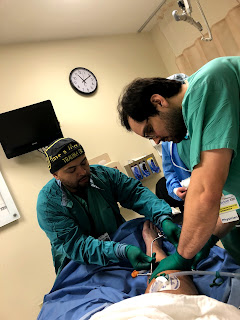 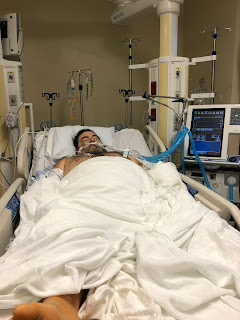 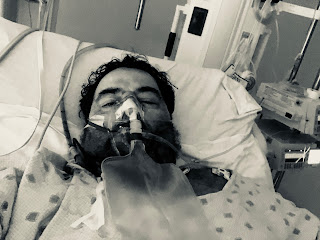 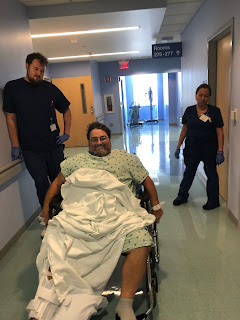