I took  a lunch  break and cast around wondering where to go. There are days, and nights, when I'd like to have a little  mountain to climb, or a wood to  ride through under a full moon. Something different...Hell I can't even ride a loop around here as the roads all dead end into the water. You have to go out and then come back. So you have to be creative sometimes. I got un-creative and went down to the waterfront. It was breezy and cool at three in the morning and I got some nice dock walking in. How do you fancy this porch at the back of your floating second home: 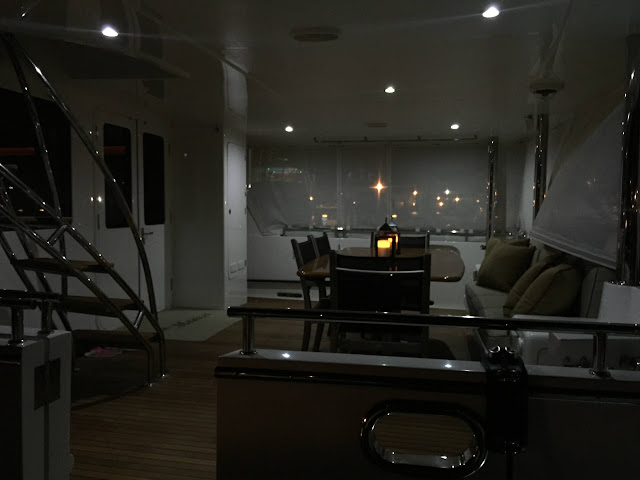 The  front end is pretty impressive too: 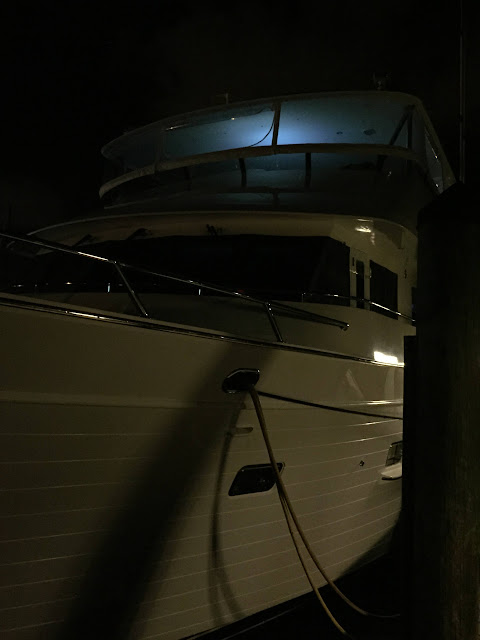 Owners of power boats choose weird names for their toys. Worth overdoing? Really? 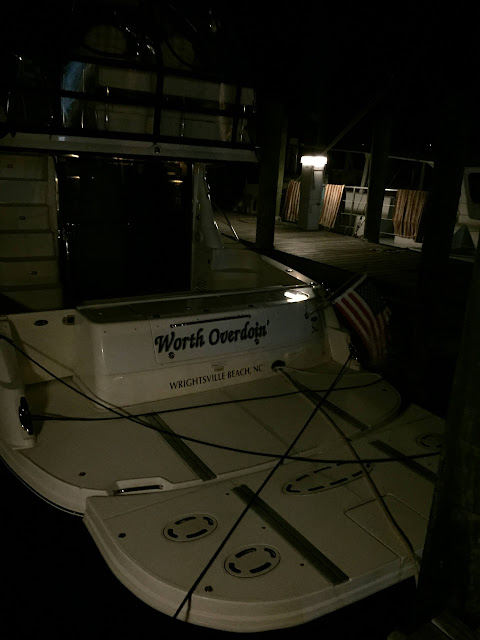 In the midst of the opulence I was delighted to see a few towels hanging on the life lines. Of course it was a day charter boat, often called a "cattle boat" as they load up dozens of  swimmers and trawl them out to the reef. Like cattle I guess. 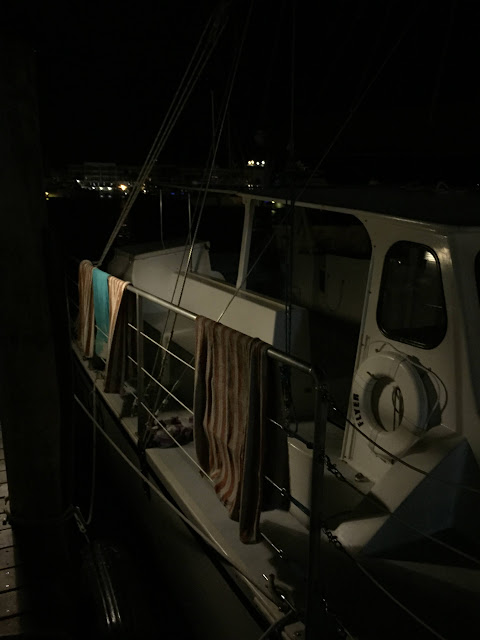 It was a good spot to float away the drunks and the stress and the weirdos calling 911 all night. 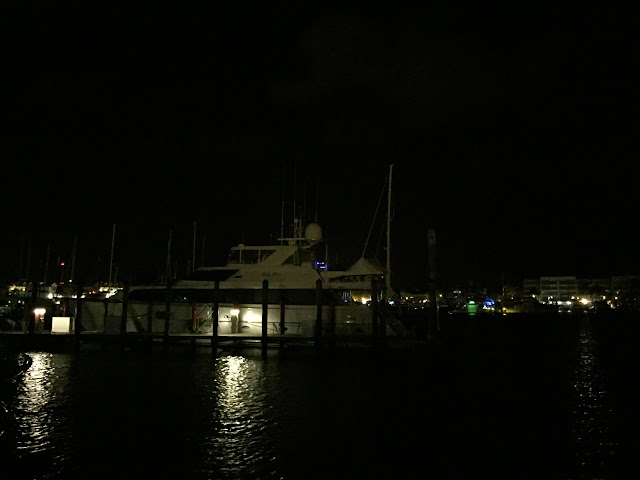 "It's imperative you get an ambulance here!" she screamed in my ear. Imperative? Really? Just ask nicely lady, I won't turn you down. I sent the ambulance. I always do no matter how crazy or imperious the callers are. Then I come out to the water and breathe in the ozone. 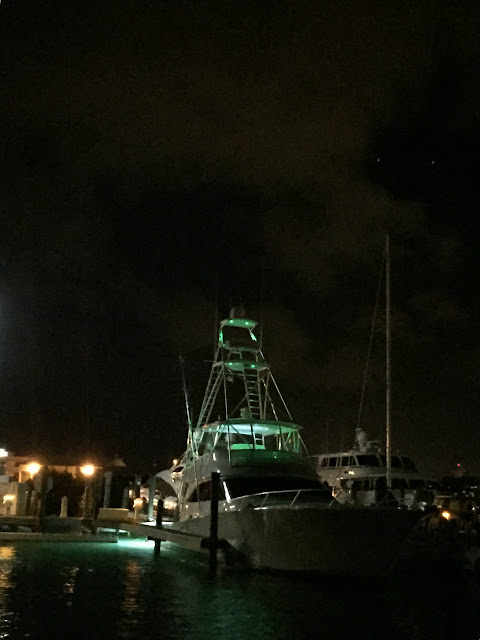 Why power boaters illuminate the water under their boats I have no idea. 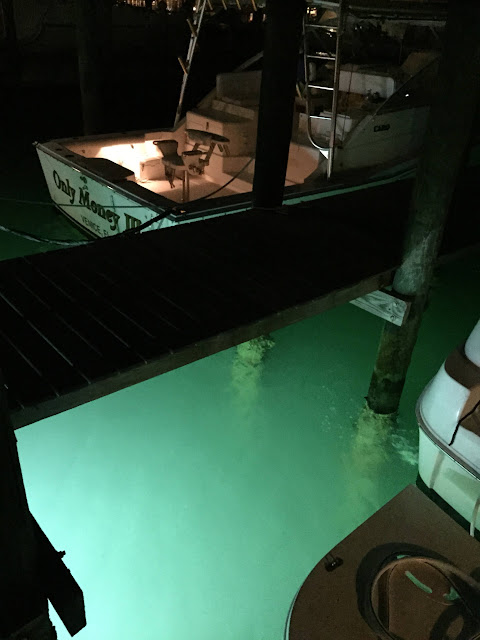 But their extravagance makes for some pretty pictures. 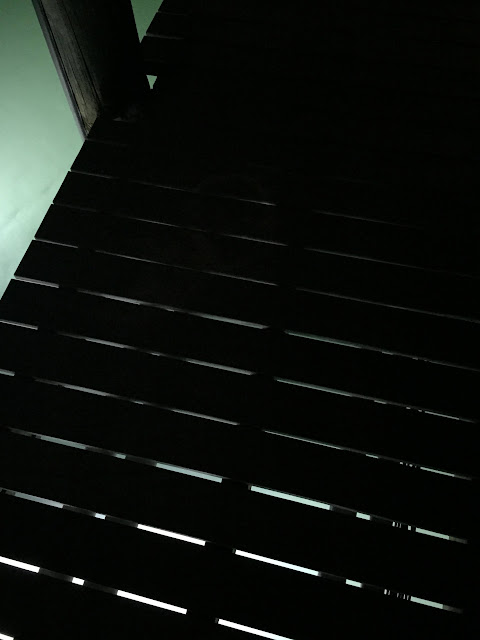 I mean it really is kind of stupid isn't it? Turning the ocean into a swimming pool... 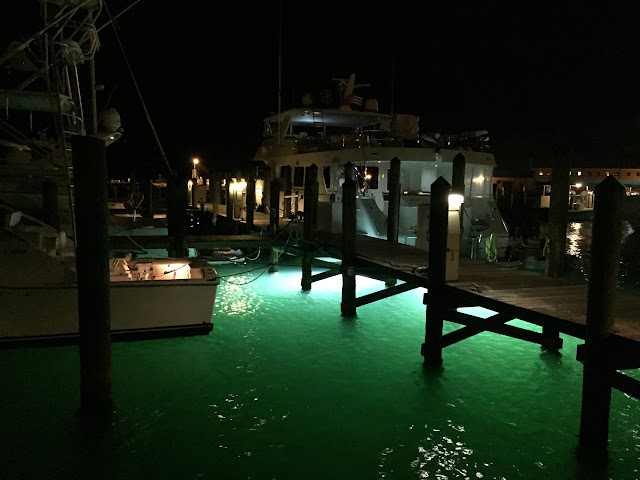 Turtle Kraals and The Half Shell look much more enticing in the dark across the water than they do up close. They aren't terrible restaurants at all but they are kind of the cattle boat of waterfront eateries around here. At night they look more ...intriguing. 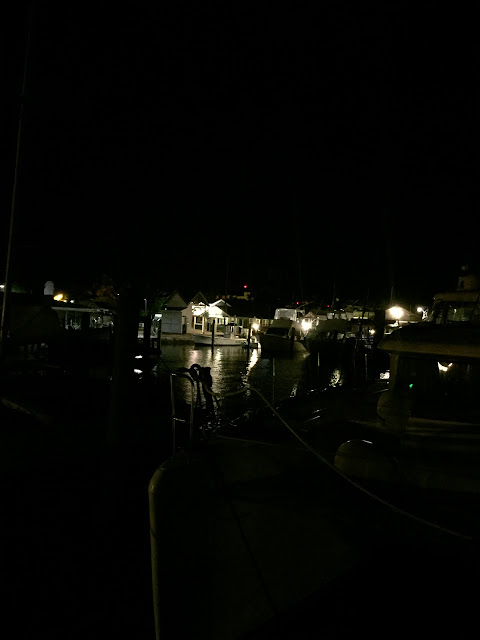 And so, back down the dock to the Vespa and so to work. 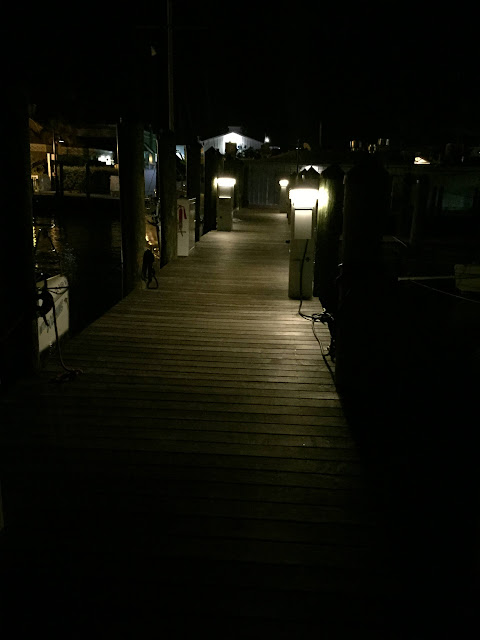 By the way a bight in the world of water means an indentation in a coastline, which thus produces a secure anchorage. Hence Key West Bight (pronounced BITE). Now you know. Of course the city calls it the Historic Seaport or some other pretentious nonsense. It's just a bight.
Posted by Conchscooter at 12:00 AM 2 comments: