I stepped out behind him and only later discovered I had accidentally shot him from the hip. My first instinct was to toss it, but then how often do you see a headless cyclist?  Aside from that phenomenon  this man on a  bicycle is my perfect example of a sensible workhorse bicycle in Key West. 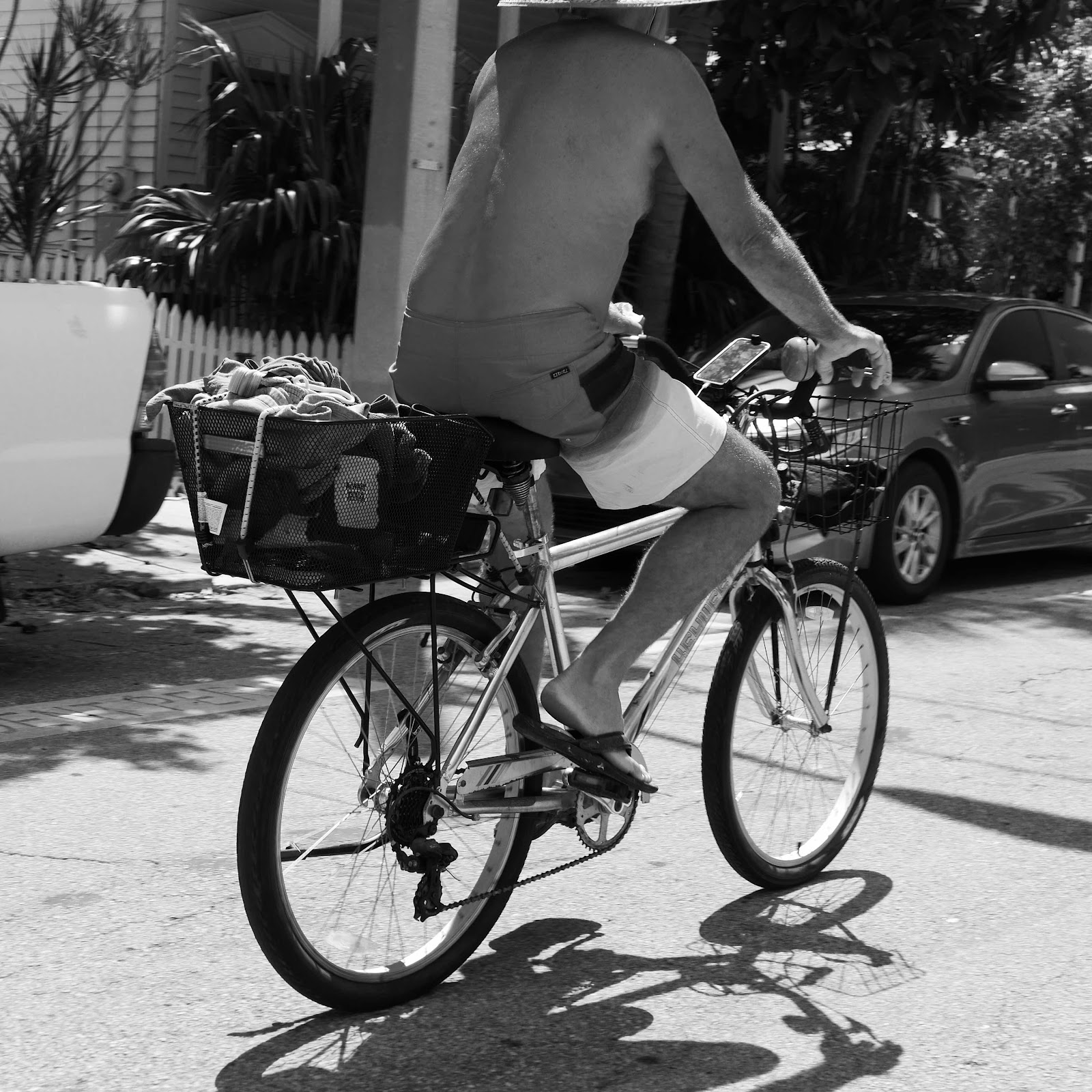 Bearing in mind it's hot and sticky so no shirt and sandals make perfect dress sense the bicycle is set up perfectly for daily use, not as a status symbol or as a sports machine designed to supplement a gym membership, but as a non polluting equivalent to a car. 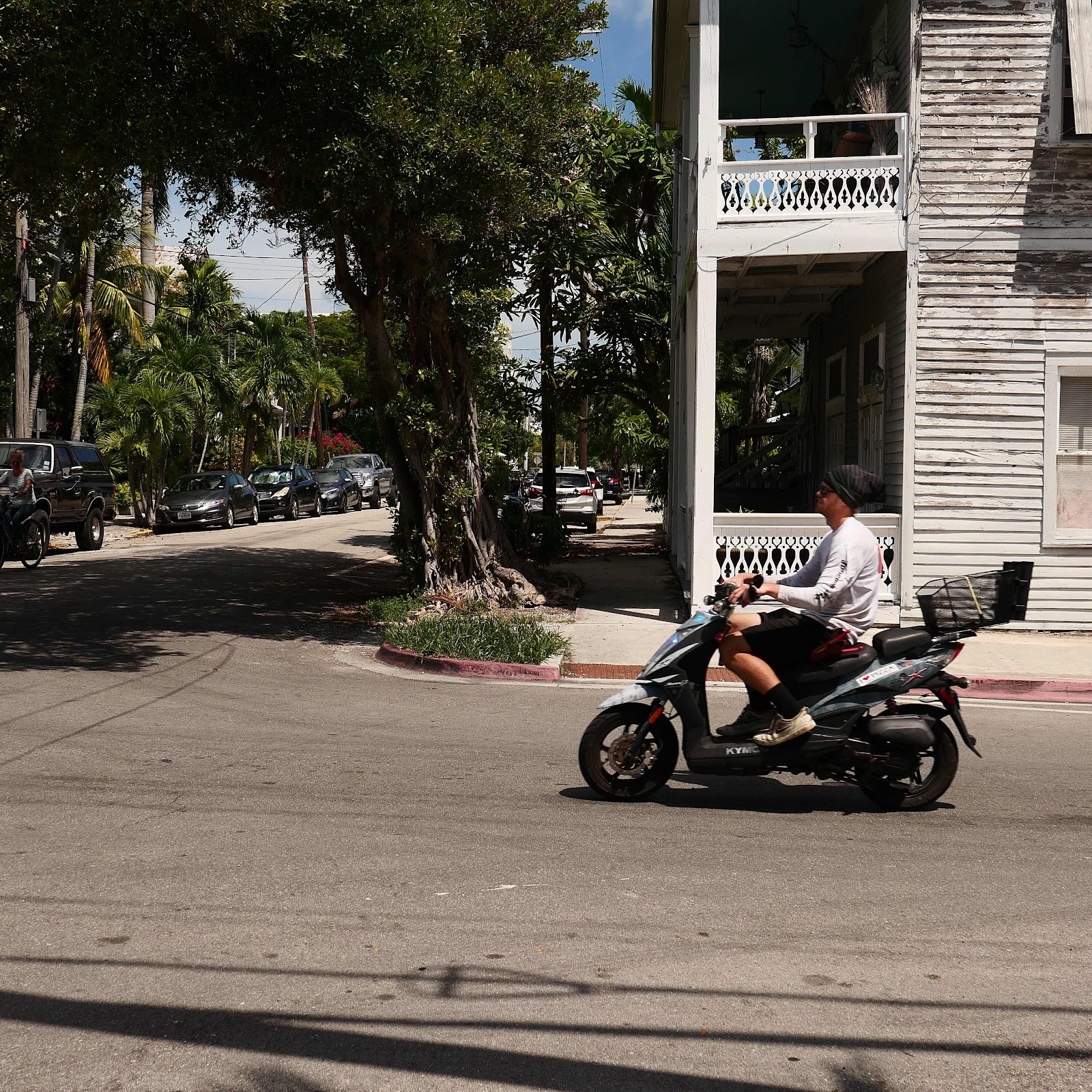 I don't see much of a future for scooters now that electric bicycles are moving into the mainstream. If I were living in Key West looking for around town wheels an electric bike makes much more sense. Given that used rental scooters sell for a few hundred dollars they aren't endangered on Key West streets, but a side product of gentrification has to be more fifteen hundred dollar fancy electric bikes and less internal combustion on two wheels. Of course new technology isn't born easily and there is daily outrage about thoughtless electric cyclists nearly running people down, but I suppose all that attention gives traditional pedal cyclist more space to screw up in. There is an odd virtue these days in pedaling unassisted so if you nearly run someone down on a motor-free bicycle it somehow manages to offend less than if you were doing the same speed with electric assistance. 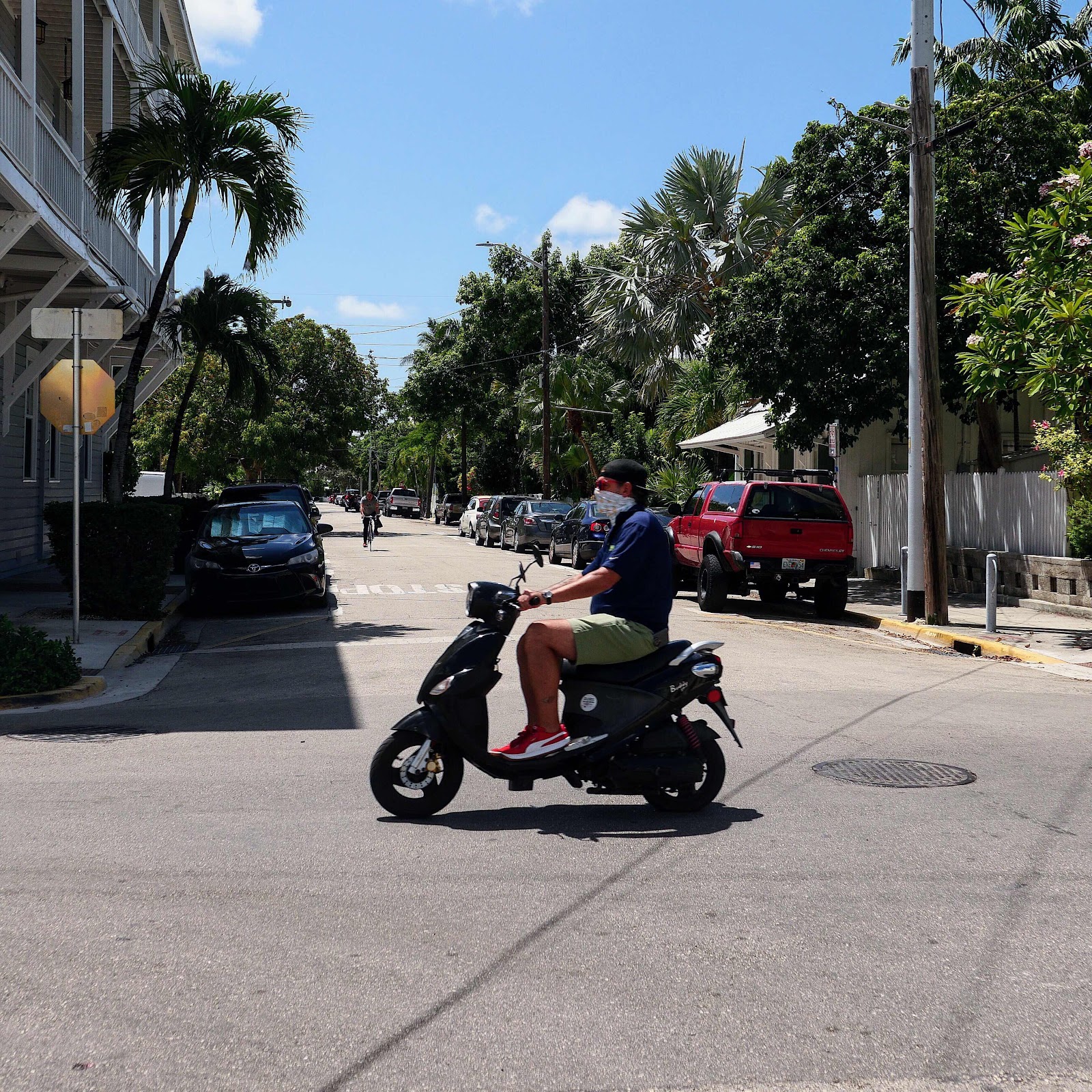 I remember a friend of mine, a brief acquaintance really who soon moved away,  a few years ago remarking on a fast moving bike on Truman. His frown turned into a  big smile when he realized the machine was being propelled by legs and not a motor. "Bad ass" he breathed as the racer flashed by ignoring the traffic. 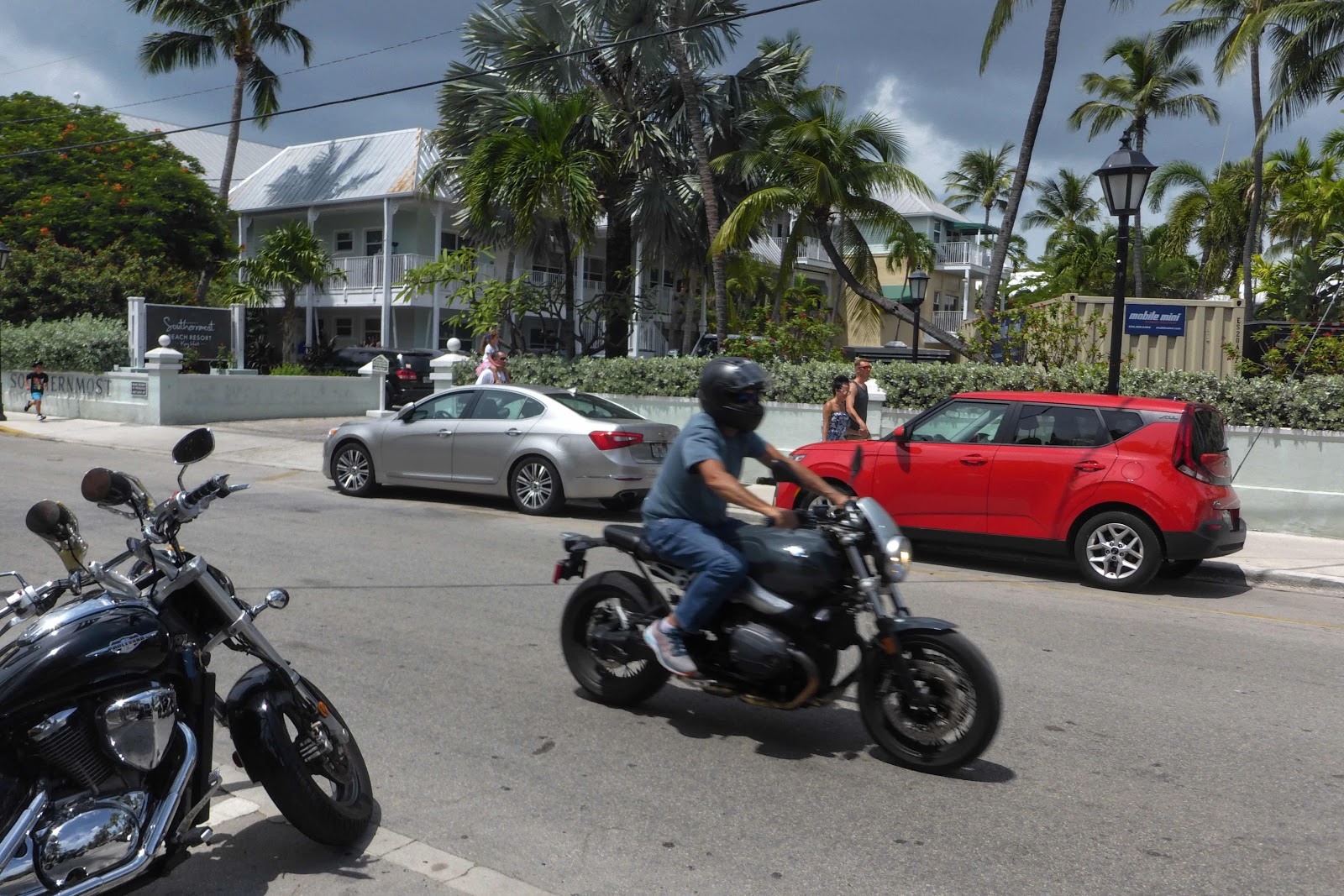 I found a motorcycle with decent acceleration was the best way to travel. Even fast full sized scooters set motorists off and they get mad when you pass. A motorcycle breathes manly viciousness I guess because only the crankiest of drivers gets mad when a proper motorcycle passes on the highway. I think there has to be some natural order of things in the world of wheels. 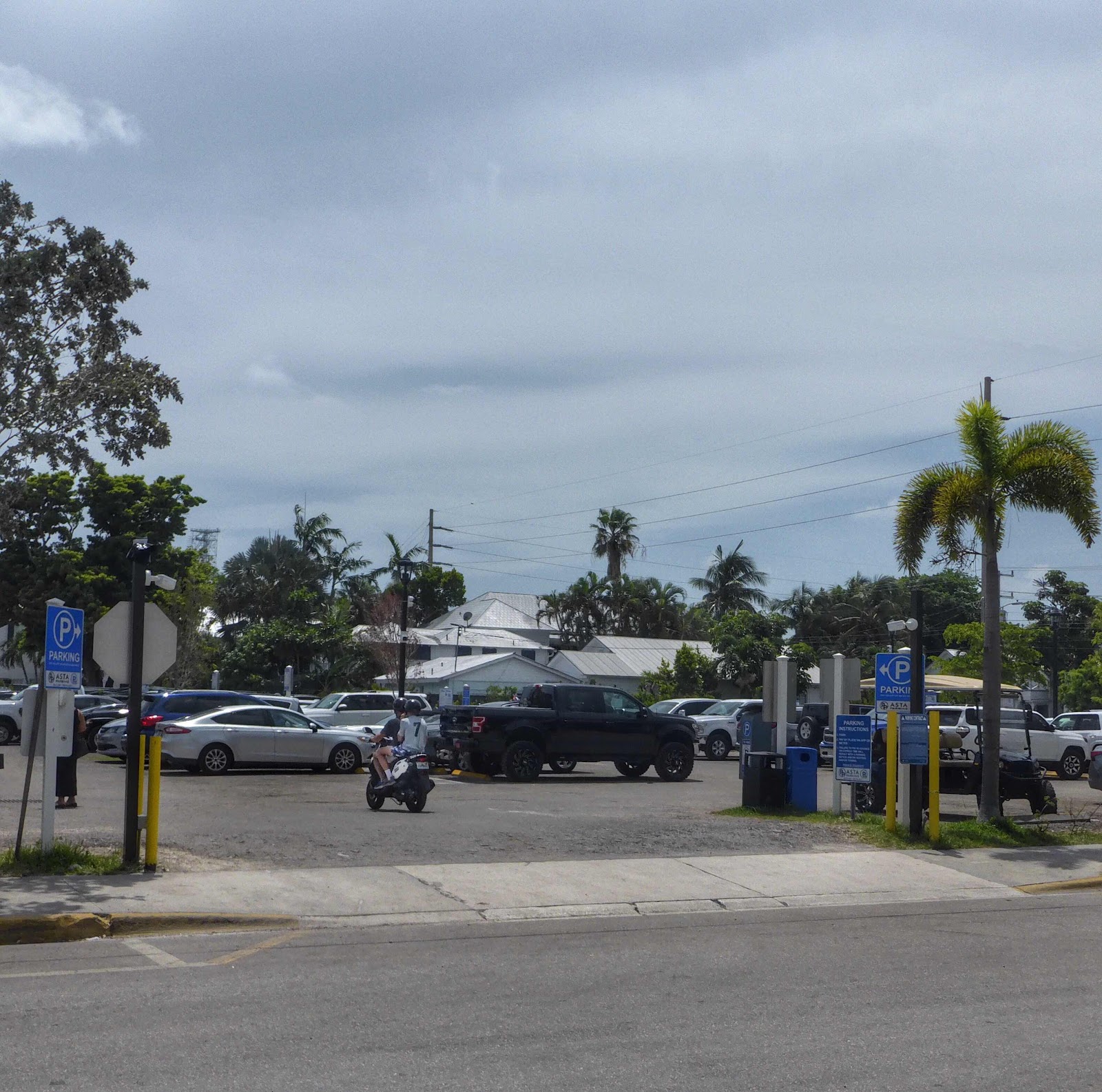 Walking alongside the pay to park on Duval Street I saw a couple of people not quite  with the program carefully parking their rental scooter in a  car spot. What I ask myself is the point of renting a scooter if you are going to treat it like a car? Free scooter parking is everywhere. That's about all I miss. 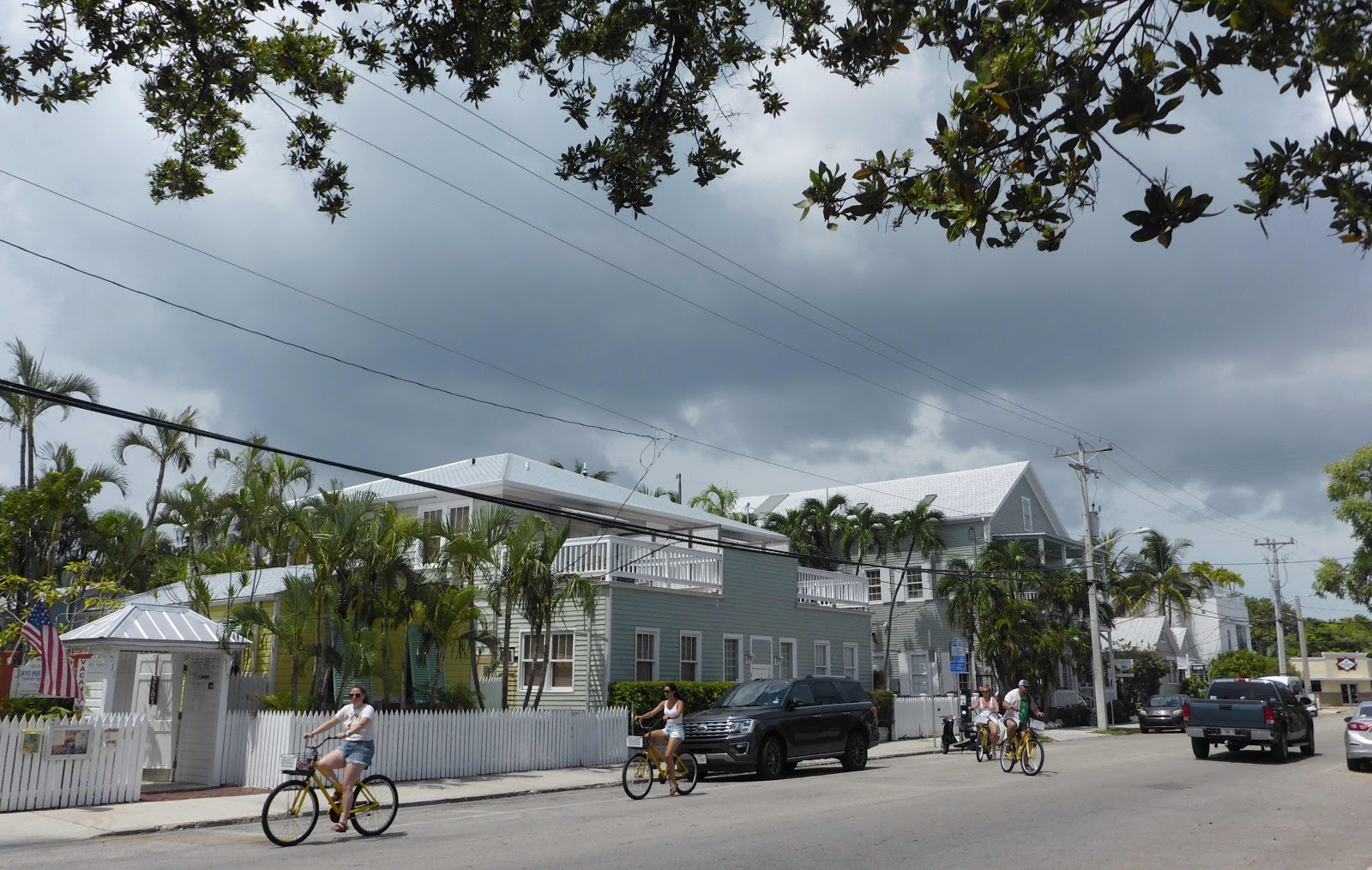 I notice these days driving a big high top van people get out of my way even in Miami. I find it surprising and slightly embarrassing sweeping a path through traffic like a snow plow, but I'll take what I can get now that I am no longer riding an agile motorcycle. 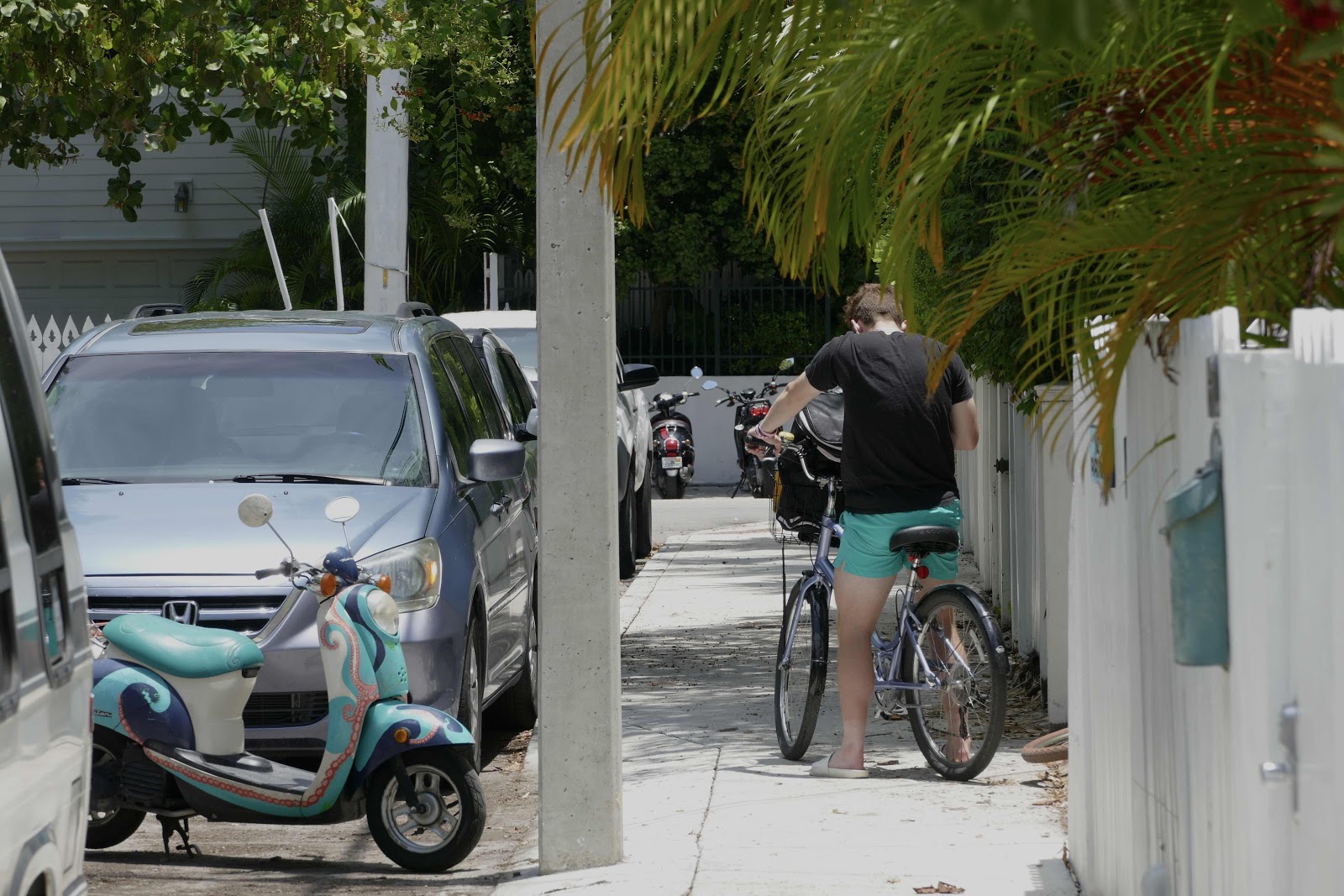 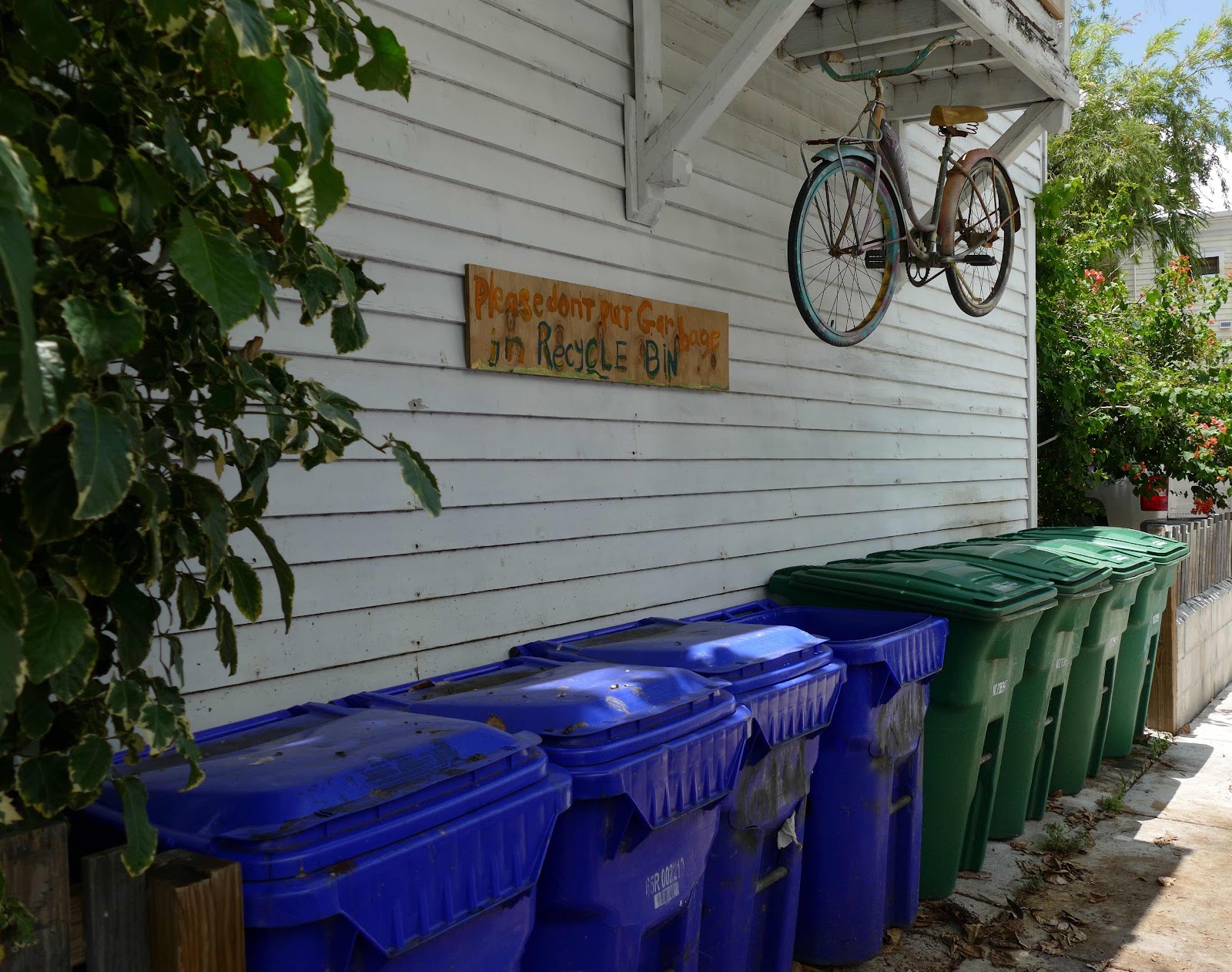 Of course you will see bicycles as art, several are planted or hanging in gardens around town. The one above is on Dey Street. 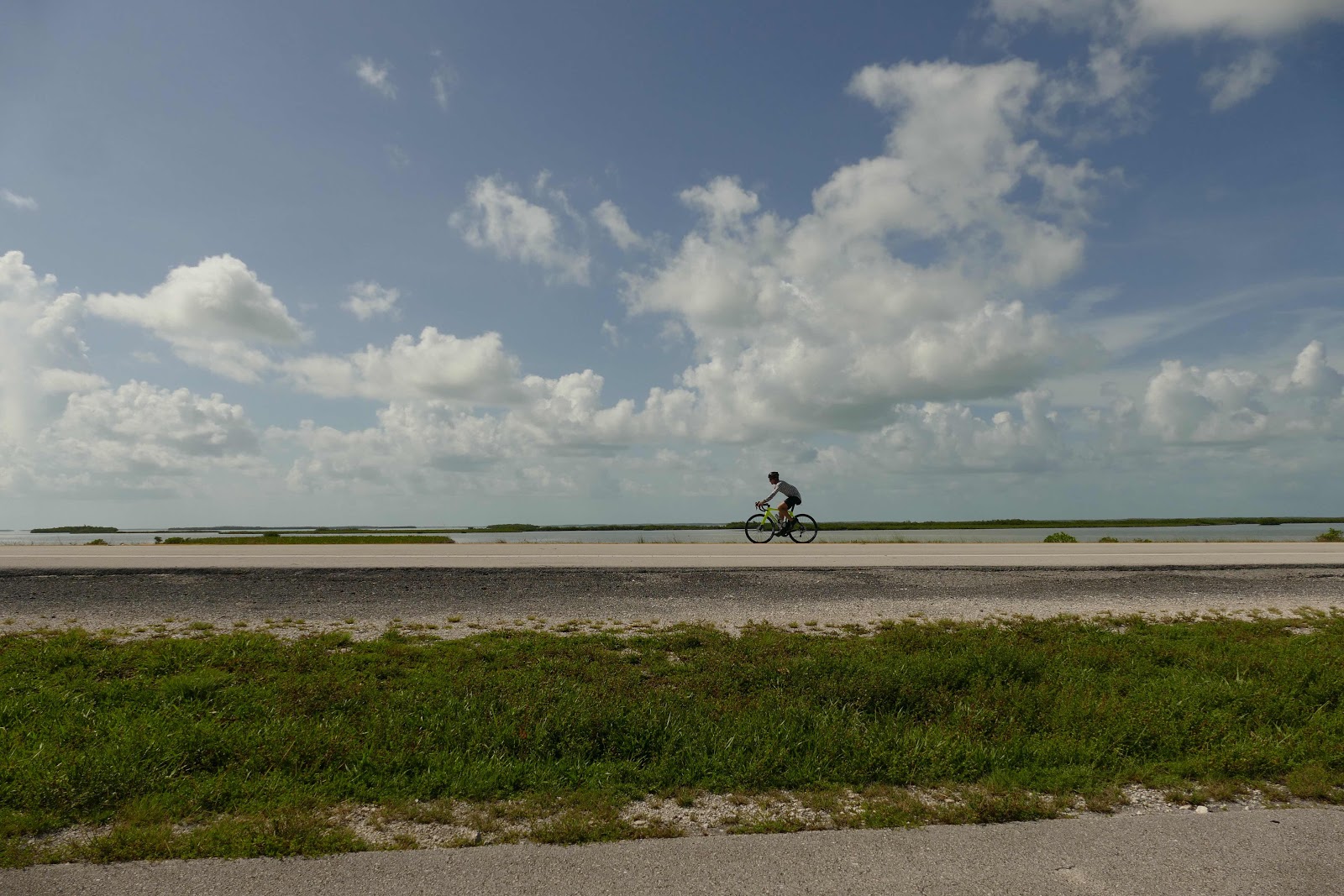 And then you can drive Highway One and see bicycles pedaling furiously on the shoulder, right next to the bicycle path.  It's a blind faith in the people driving their cars and expecting them to be paying attention.
Posted by Conchscooter at 12:00 AM No comments: