I got to work early Sunday morning, so early I took the time to visit my favorite beach area. I like Higgs beach not because I like to sit in the sand toasting myself but because this small patch of sand encompasses variety. 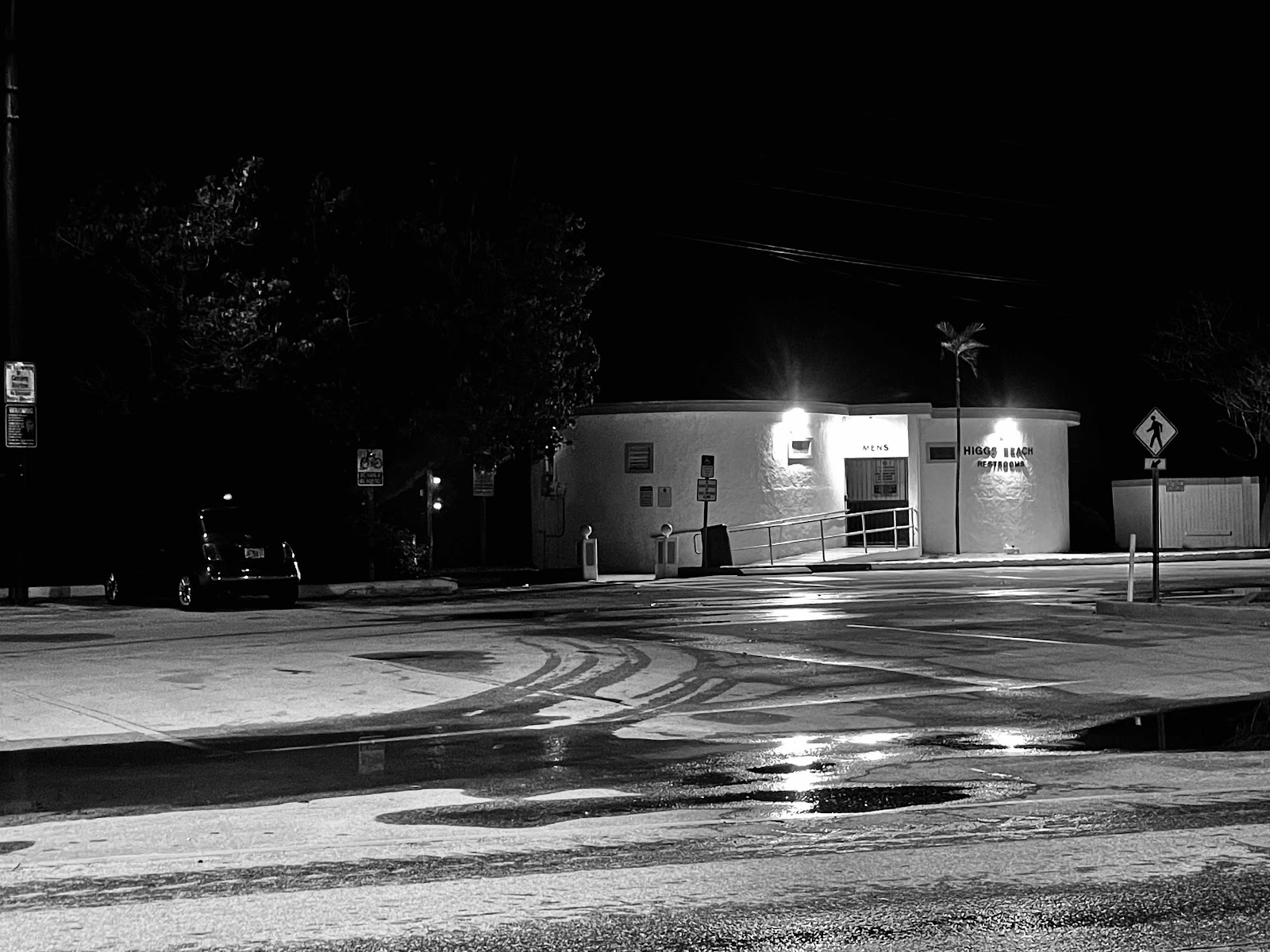 I love the toilet building at Higgs, a circular cement shed designed to please Salvador  Dali's taste for eccentric architecture with interior nooks and crannies for the various toilet stalls. It is the hardest interior to photograph because who wants to meet a creep with a camera tiptoeing inside a public loo? I don't and I'm pretty sure anyone seeing me oohing and aaahing at the compound curves wouldn't want to encounter me. And at this hour of the night its locked. 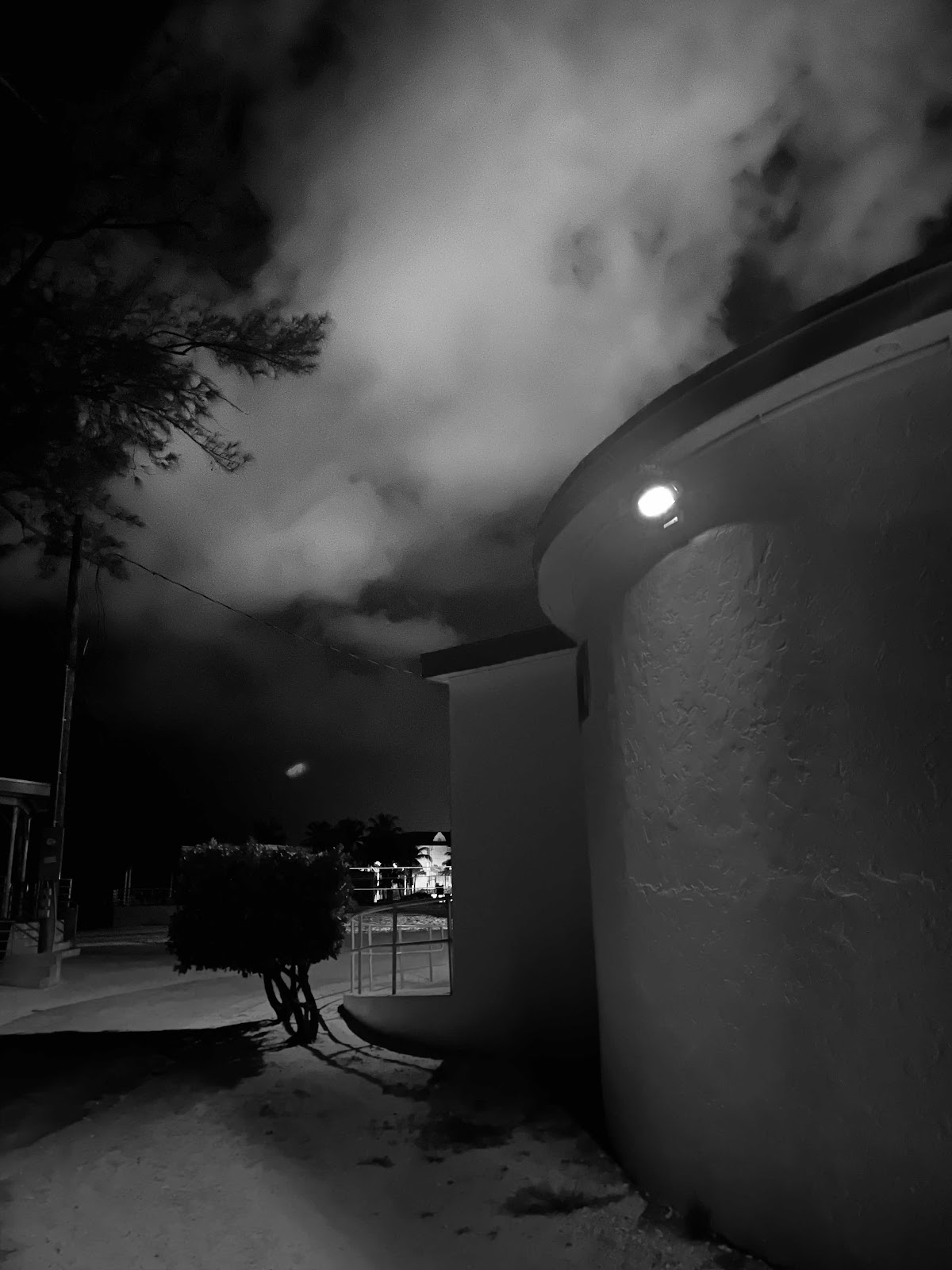 I have attempted this socially awkward feat over the years to bring you the most up-to-date perspective on public toilets in Key West but my efforts have failed to inspire even me: 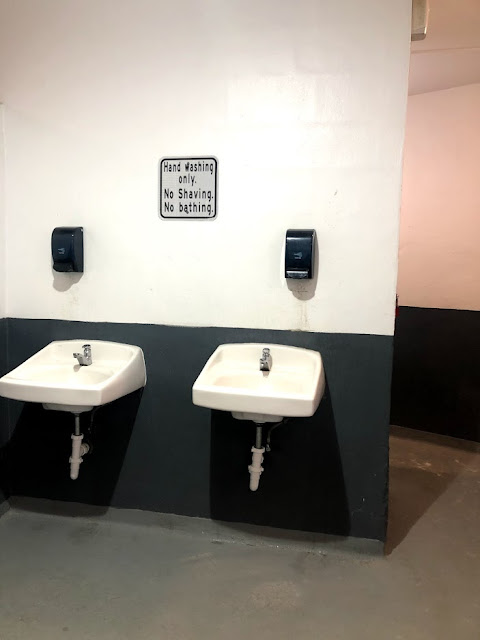 You can't really see how odd the interior of this building really is. 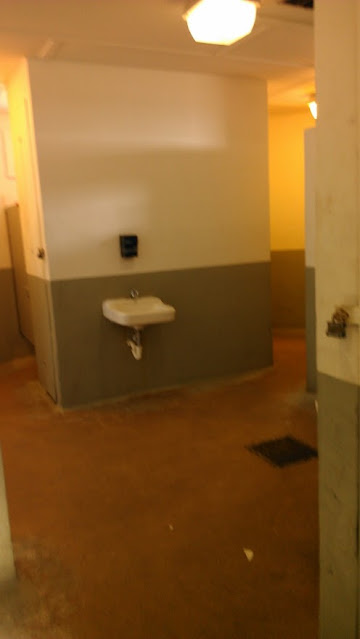 If you are in the area you should walk through this maze disguised as a toilet and enjoy the eccentric architecture inadequately displayed here. 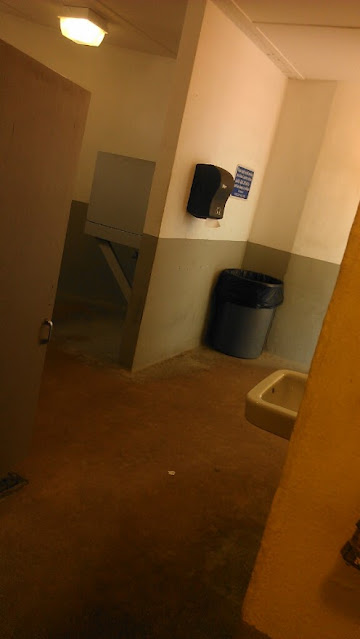 Back to the Sunday morning exterior and I spent twenty minutes wandering  around looking at light and shadows. 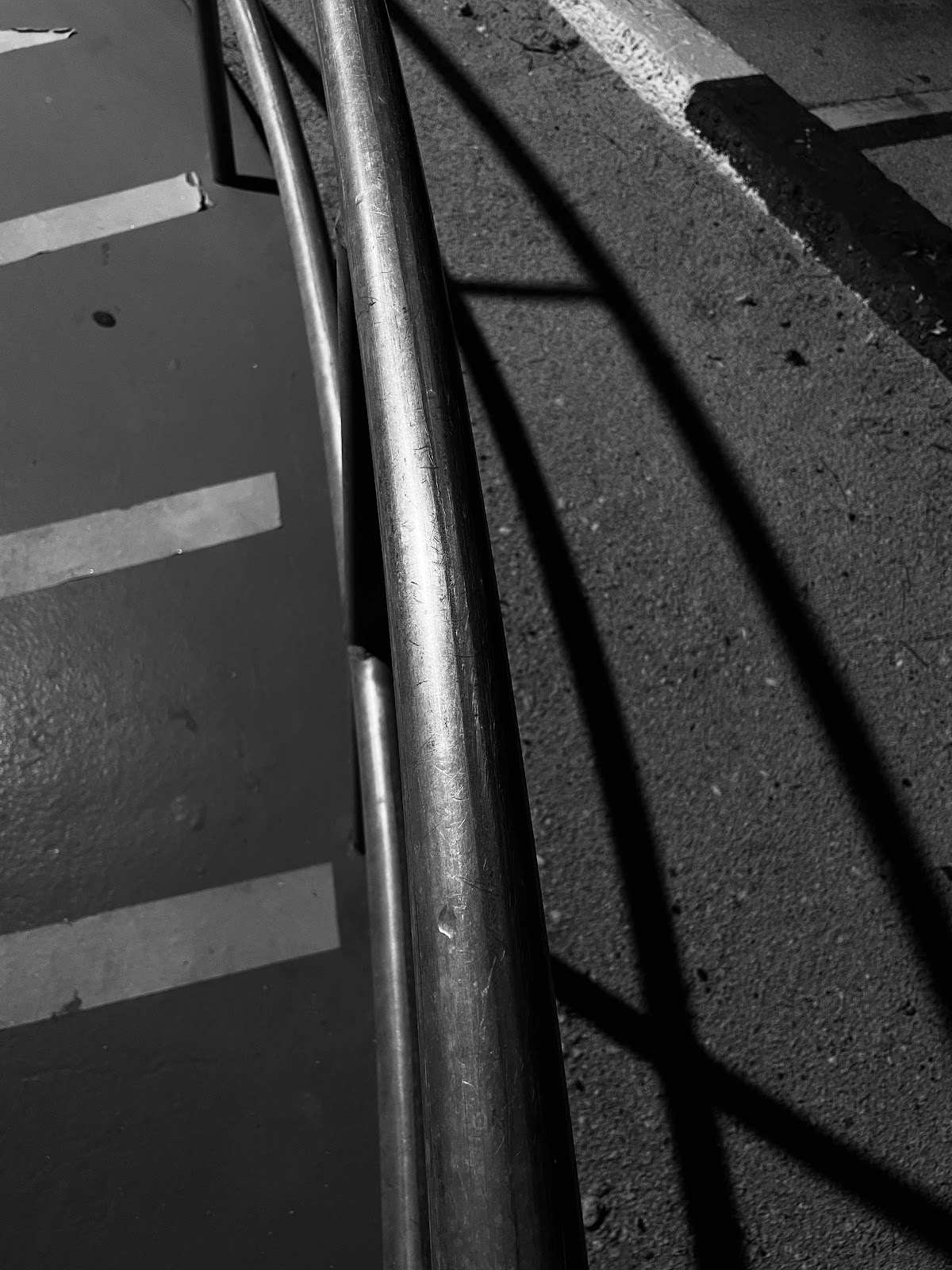 The bums used to camp out at the tables under the ramadas until people with power got fed up with receiving complaints. They took the initiative and put up a fence saying only parents with children could hang out here. That solved the bum problem but a tree limb nearly fell on a little dear so they cut down the trees and replaced with with shade sails. Which is still better than enjoying afternoon performances daily of bum drama at the tables. 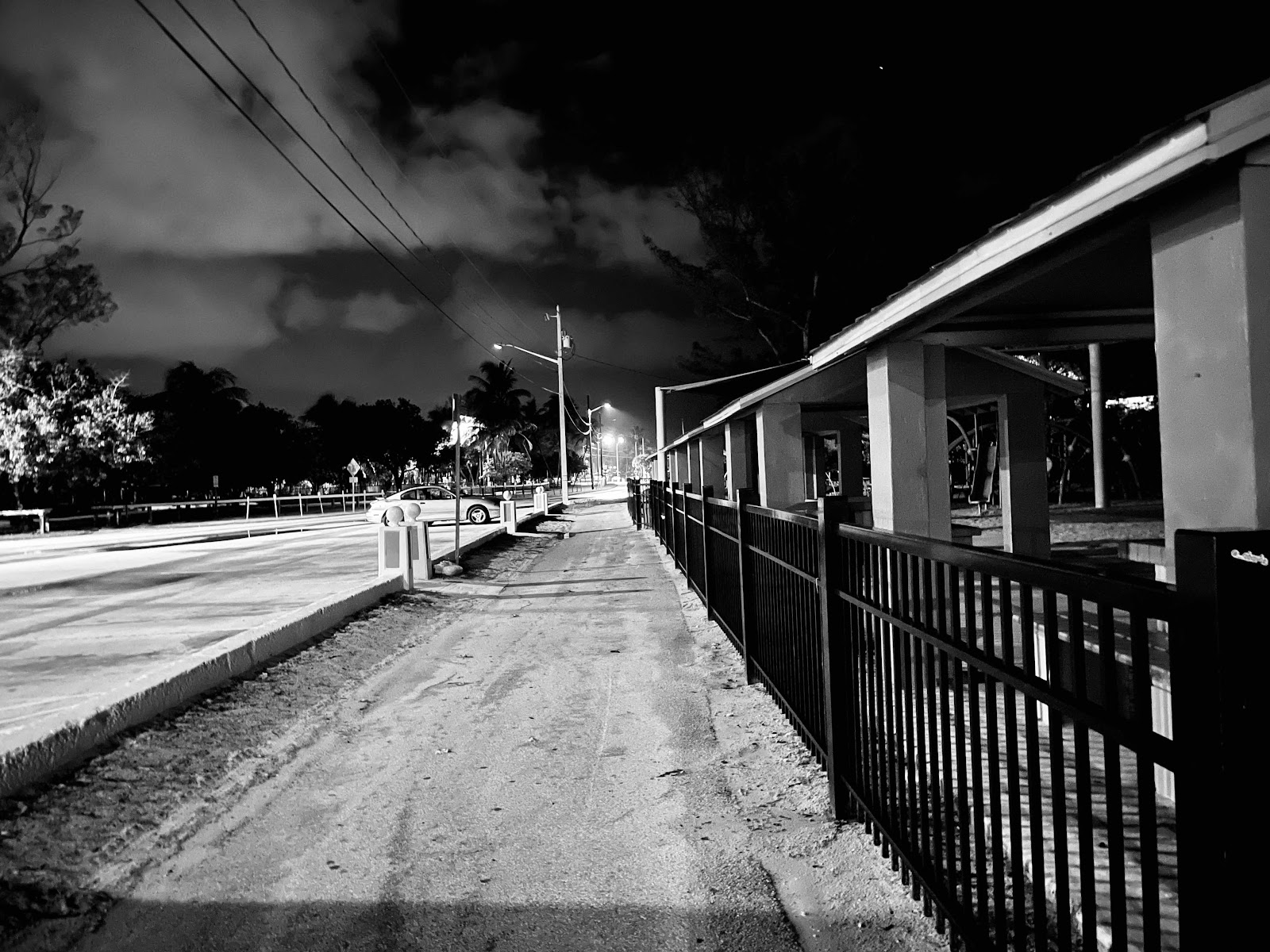 It's rainy season so I spent some time avoiding puddles. I spent more time framing a photograph of same: The Key West tractor. For one as me who grew up in farming country for part of his childhood the absence of farm equipment took a while to get used to but I was relieved to see the beach cleaning was carried out by a farm implement. Rather than harrowing the soil the trailer towed by the tractor brushes the sand and sweeps up debris and leave neat parallel lines in the sand for human feet ot mess up. 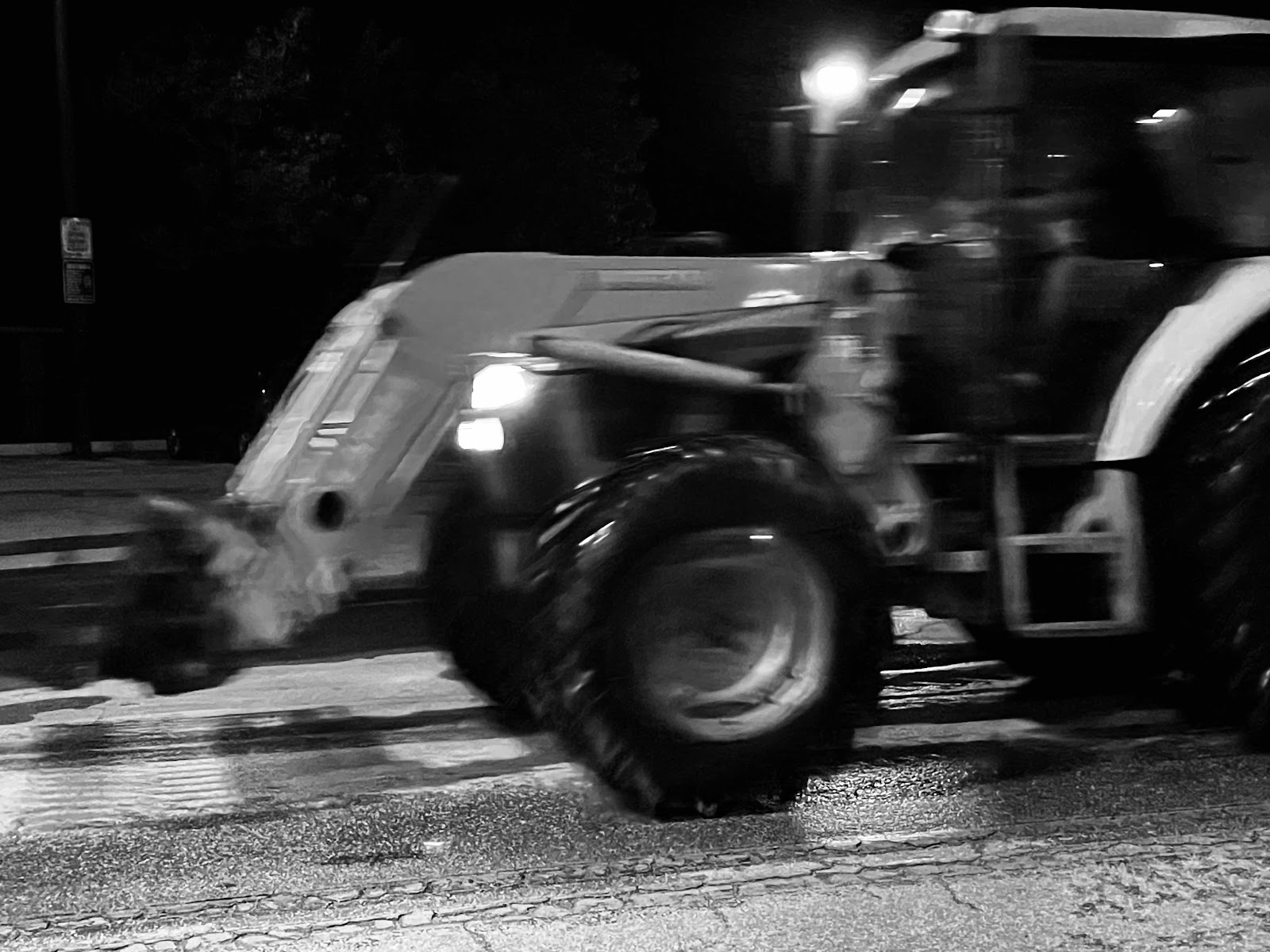 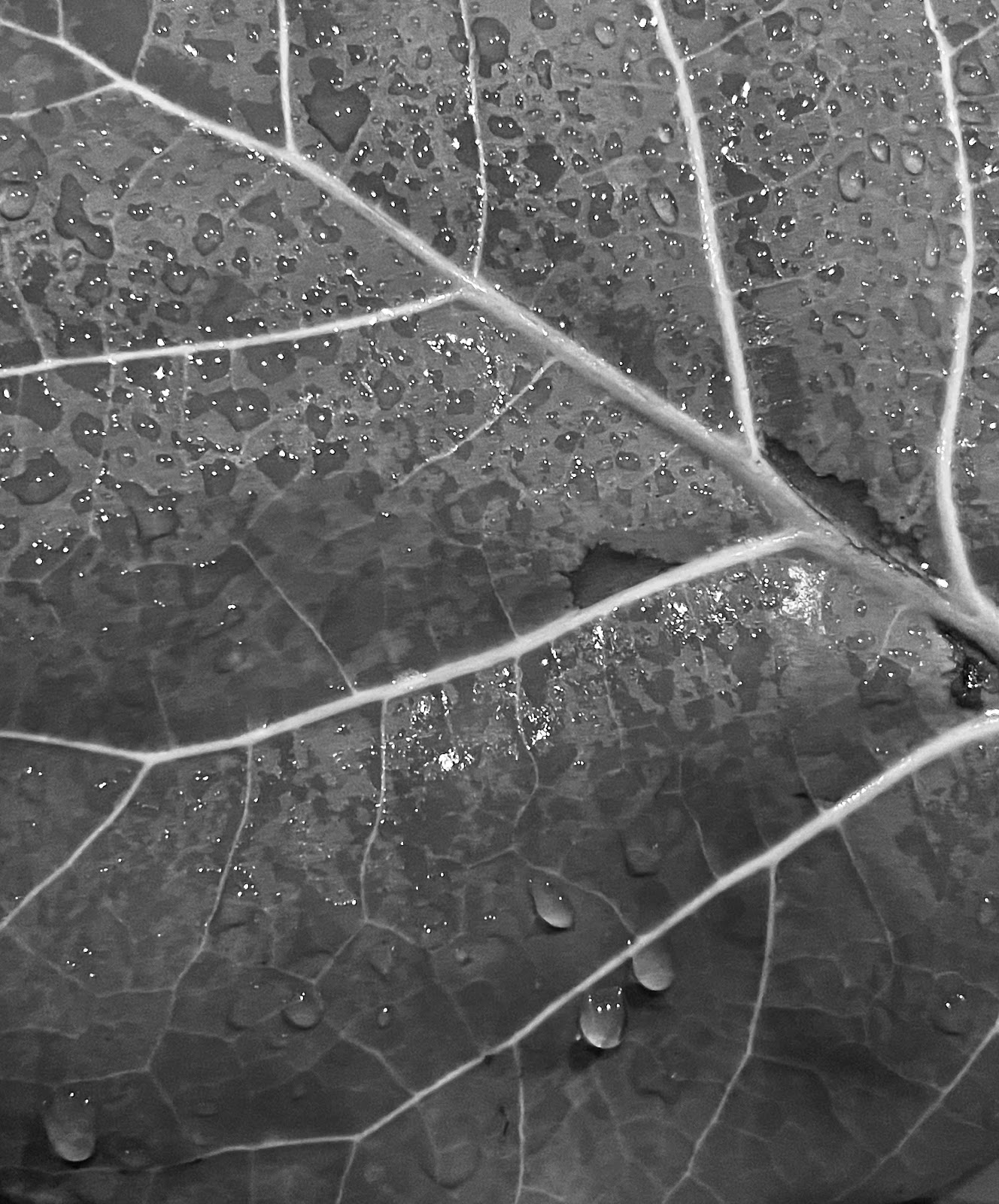 I want you to know I crouched in a  swamp of rich rotting food smells to get this glimpse of a mural. The gate must hide the trash cans because I was very glad to get the frame and get away. 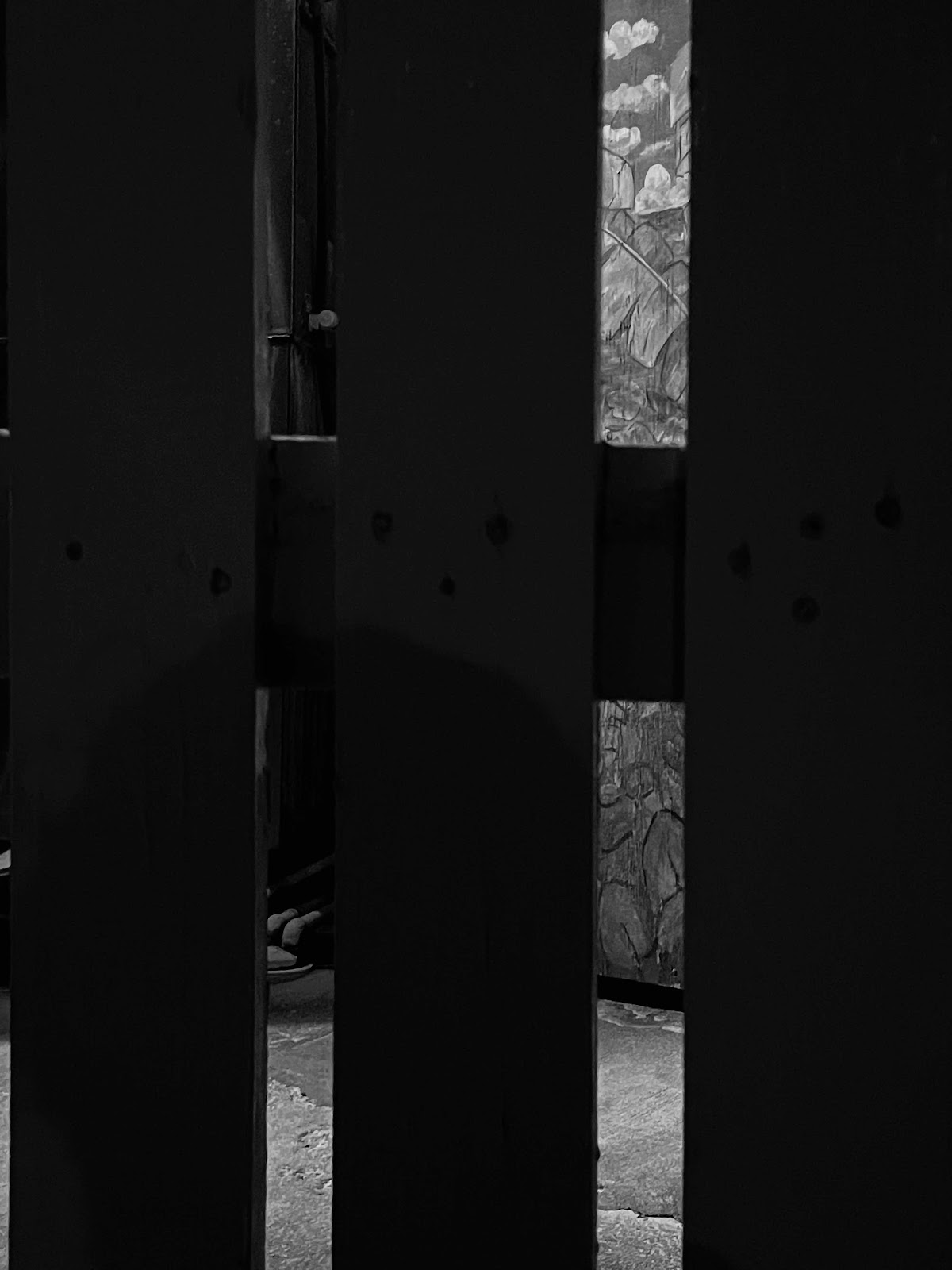 I am looking forward to Mexico this winter - deus vult - but for now I found Mexico not just in my fevered imagination but also in the back of Salute restaurant at Higgs Beach. 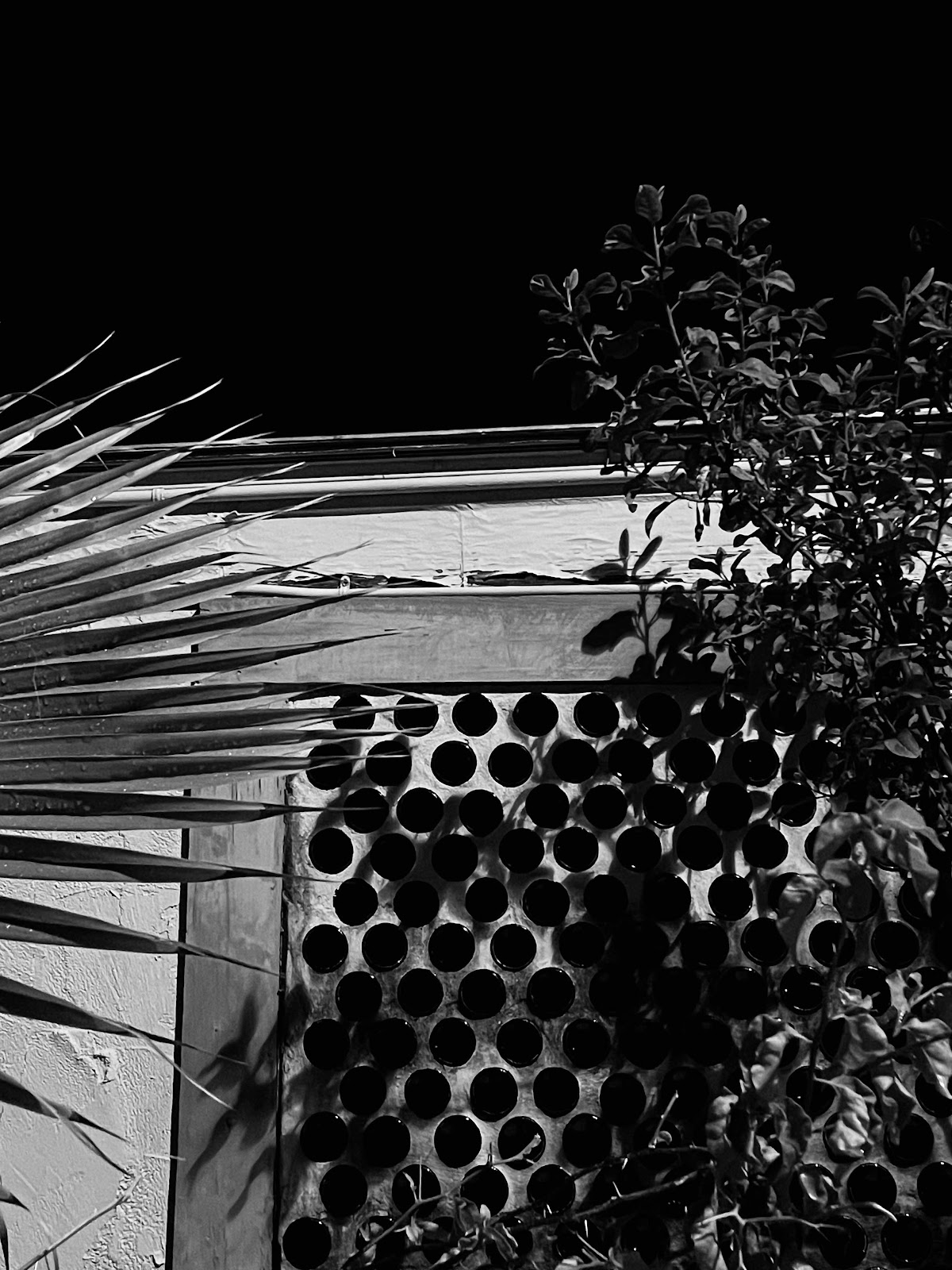 Clarence Samuel Higgs died in 1961 at the age of 57 unexpectedly at home on Grinnell Street. He had had heart issues apparently but his death wasn't expected.  They named this beach for him because as county commissioner he was responsible for the push to build the modern White Street Pier. He was also head of the carpenters union and belonged to every civic group he could find in Key West. Doubtless the sort of model citizen and mover and shaker who could be useful today in this city. Remembering him through the beach is helpful to remind us the good our leaders can accomplish.
Posted by Conchscooter at 12:00 AM No comments: