Sometimes all a Labrador wants to do is sleep, and sometimes that's what you have to let Cheyenne do. So we did, and she lifted her head to watch us go. I suspect she has a pretty good time left at home, wandering out onto the porch, sunbathing on deck, pottering about downstairs in the bushes, coming back indoors for a nap and going it all over again. It's a dog's life, it really is. 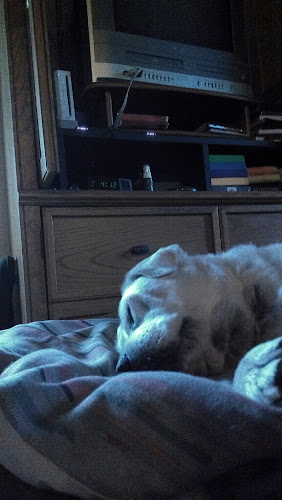 We stopped by Dolly and Robert's, and for once I got to be a passenger on the ride into town. As we were celebrating Dolly's birthday when she started to whinge about needing, not wanting, chocolate cake with buttermilk frosting we had to listen. More than that my wife and I got onto our phones and tried to find properly frosted traditional chocolate cake. You'd be amazed how hard that was. I figured a chocolate volcano from Michael's would do the trick, after our planned dinner and scheduled play at the Waterfront a Theater. Nope, it had to be chocolate cake. We immediately thought of Harpoon Harry's diner but they close at nine...Louie's didn't have it, Better Than Sex had beer baked chocolate cake, Martin's looked do-able but got nixed, Solo had chocolate cake cheese cake, Salute had something else, Café Sole had a chocolate mousse cake... This was getting to be fun. Do the Impossible! 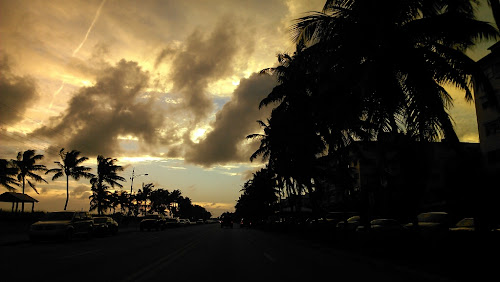 I suggested, as we turned on White Street, that we order up a custom cake from one of the many fine bakeries in town and we do the birthday dessert thing a day later. To my astonishment this suggestion met with general approval and we settled for that. Until my wife spoke up from the back seat, there' said cupcake place over here....and there it was,with more cupcakes than you can shake a stick at, and bless me! Individual slices of the perfect chocolate cake. Key West Cakes hit the spot. 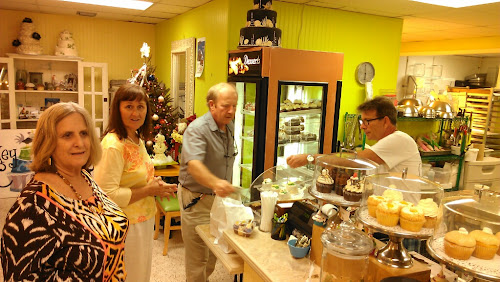 With that settled we left the car in a secret downtown location, and walked to dinner on Front Street, at the Roof Top Cafe upstairs, indoors with the night breeze blowing through the open French doors. It was lovely. 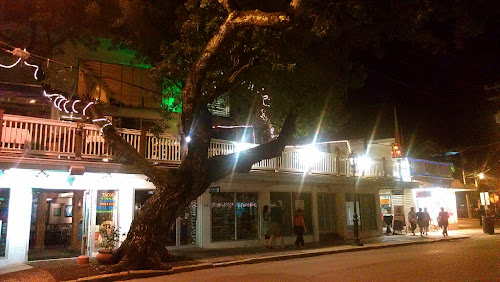 Andres, our Castilian waiter asked where we were from and seemed to perk up when we told him we were from around here. It augured well for dinner, being served by a pro. I have always liked the atmosphere at the Rooftop but for some reason my wife has been reluctant. Silly woman, the linens were clean and crisp, the water was cold and the rolls were hot enough the butter melted promptly. We were indoors (which I liked) feeling like we were outdoors (which I liked). 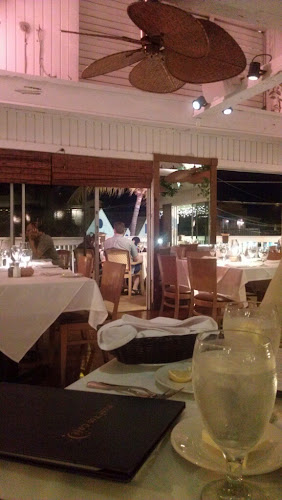 We went straight to the main course, vegetables for Dolly, mutton snapper for myself and Robert and mushroom risotto for my wife. The snapper was excellent with a spicy habanero mango sauce and my wife was in raptures over the rice. I had a fair few forks' full and she was right, it was rich and creamy while retaining nuttiness and slight crunch. I'd go back for that. 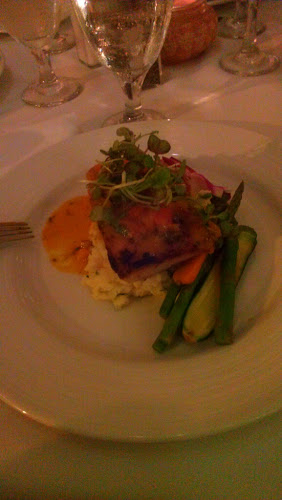 The place filled up not long after we sat for our six fifteen reservation, and dinner went by unreasonably fast. There was lots of conversation buzzing in the room but the place was not noisy. The Rooftop hit all the right notes. 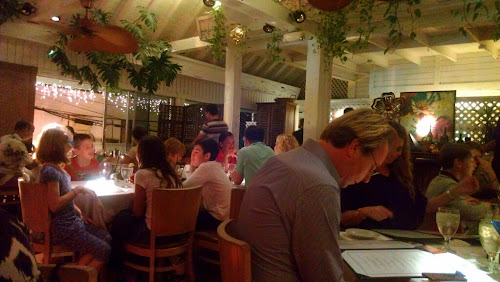 Dessert was off, of course, as we had that carefully stored in the trunk of the car. While Robert wrestled with the bill, good man, I wandered into the deck and looked down on the teeming masses below. 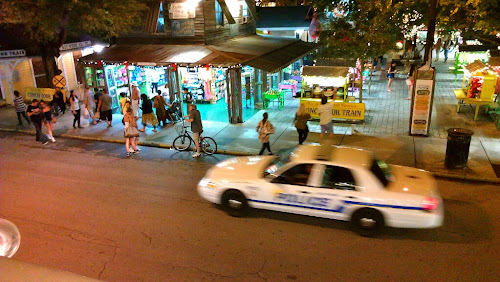 We strolled through the warm night air to the Waterfront Theater five minutes away. If you fancy some alone time Key West is not the place to be...we had reserved dinner and Robert had tickets to the theater, second tow plumb in the middle. Dolly was getting the birthday she deserved. 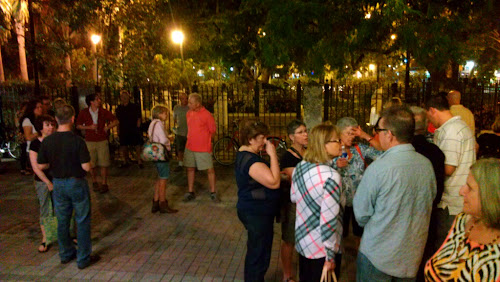 Meeting old friends under the awning. The play was Leading Ladies and the Waterfront Playhouse was pretty full. 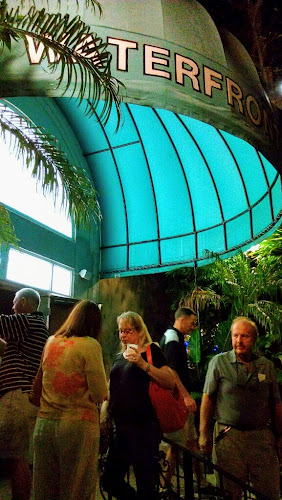 The play was a good old fashioned bedroom farce. The performance was perfect, campy over the top but not too much. Had Robert not invited us we'd never have gone. Reading about the play I was figuring it would be silly men in silly drag, and while the plot did revolve around that idea it was beautifully done. As a bonus it was also funny. Two feeble actors from England discover a local heiress has died leaving a fortune to two nephews who emigrated to England as children. They decide to impersonate the heirs and then discover Max and Sam are nieces of the deceased, not nephews. Hilarity ensues. The Shakespeare quotations dropped into the dialogue were a lovely counterpoint to the farce. And the final scene playing the entire play backwards from finish to start in three minutes was utterly brilliant. I'd never seen that before. 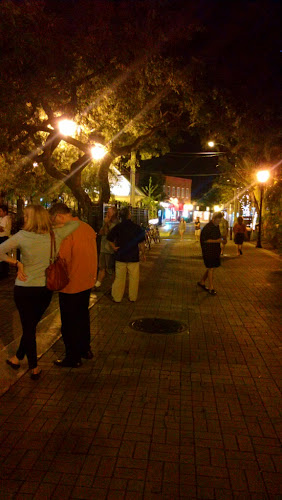 We had a grand time and it was lovely to walk back to the car in the dark of night and think, merely think, of the sounds of snow crunching underfoot. 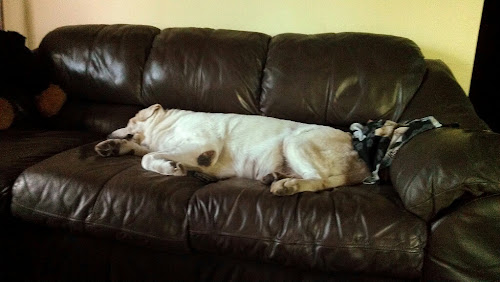 Cheyenne was as we left her, busy guarding the home. Kisses all round.