I think this little pocket park behind the First State Bank on Simonton Street has been here for almost a decade. Time flies, it really does and yet the place, known as Gato Village Pocket Park, still looks pristine. 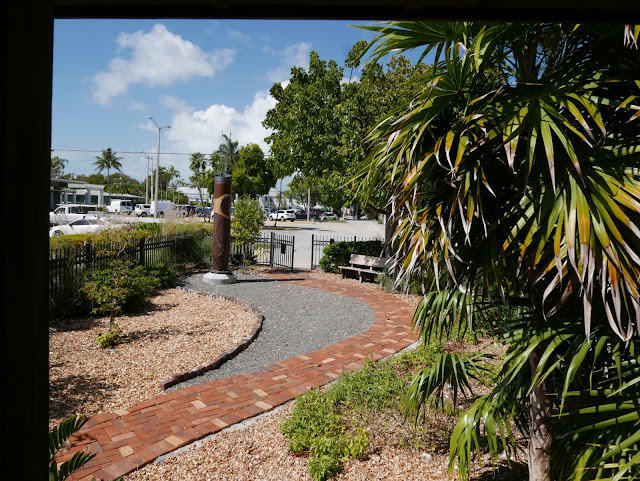 That ugly jumble of cement across the street is the bank and the park is surrounded by a fence to resemble a garden in front of a cigar maker's cottage typical of what you might have seen a hundred or more years ago. 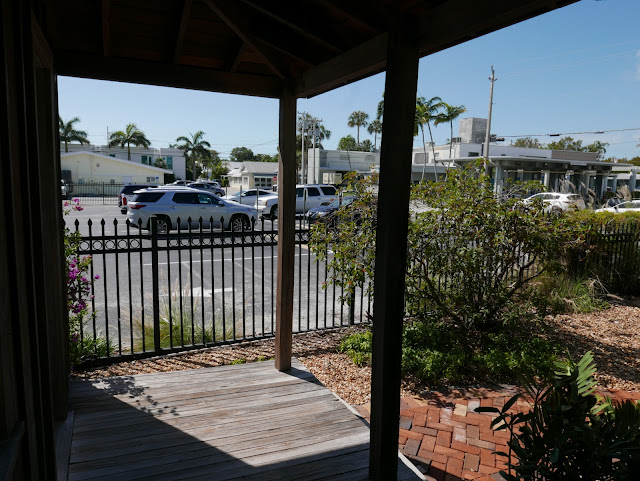 The wooden facade is built at one end of the park and offers  a pleasant spot to hide from rain or sun while enjoying the greenery.  Originally cigar workers came from Cuba when tobacco importers decided to bring raw leaves to Florida to avoid import duties on finished products. Key West was the closest port to Cuba so at first they came here. Gato in Spanish means cat...so here's the cat at the Gato Village Pocket Park! Very cool. 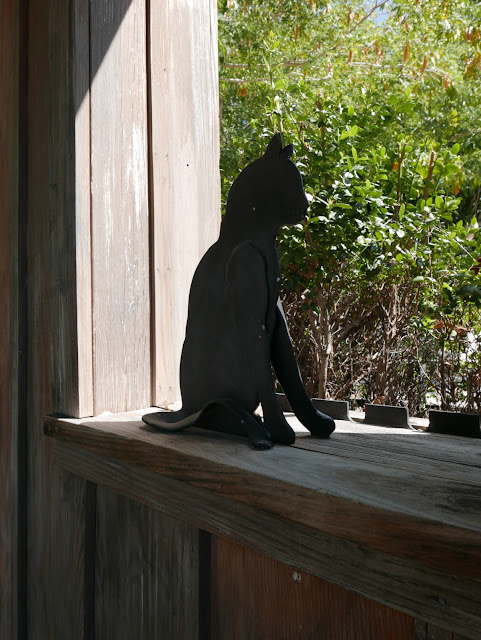 The whole thing is actually named for the family that ran the whole enterprise in Key West, and they built a factory on Simonton Street to process the tobacco and have the workers roll it into cigars.
Nowadays the Gato Building is owned by Monroe County and is home to several county offices including the department of public health. It is an imposing structure that hints at the value of the tobacco industry in Key West. 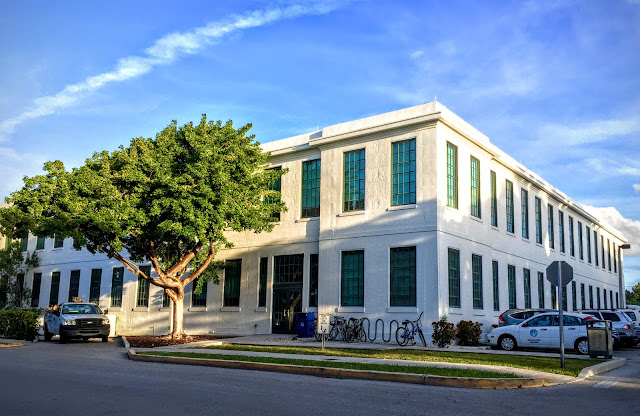 Eventually the same old bugaboo that haunts Key West today, the cost of doing business  on a small isolated island, caught up to the tobacco industry in the city. The people in charge figured they could have more land and cut costs by heading north to Tampa which is how Ybor City was born. All that is left is this representation of their famous Cuban  cigars: 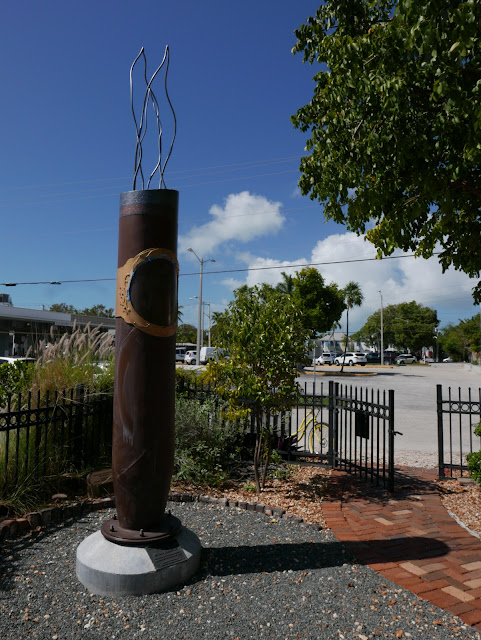 This pocket park really is small and usually I find it quite empty. You can sit on the floor under the awning or on a bench among the flower beds. 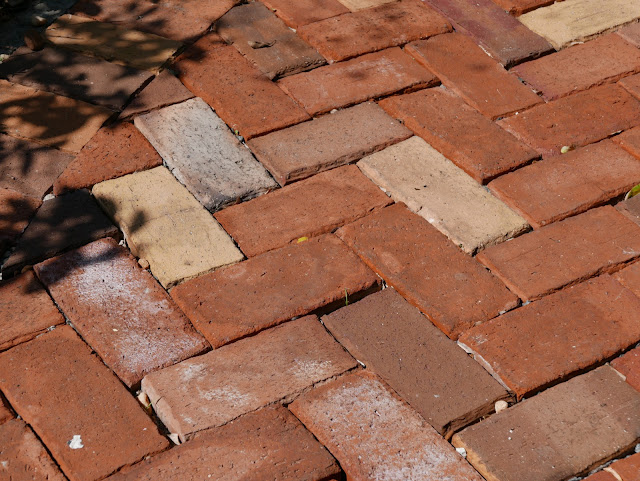 Its a bit surprising to see it so well maintained after all these years! 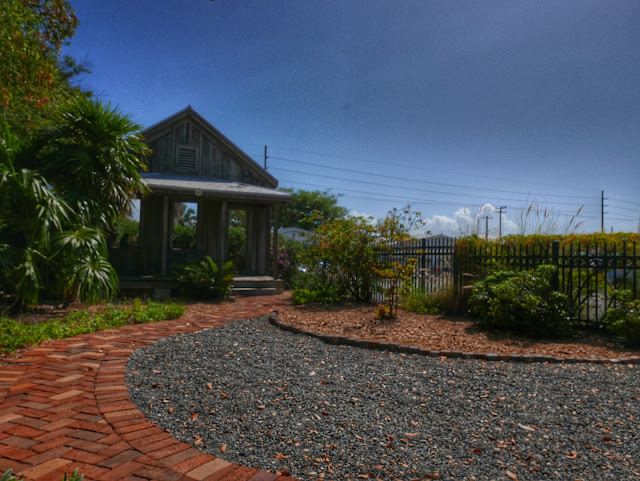 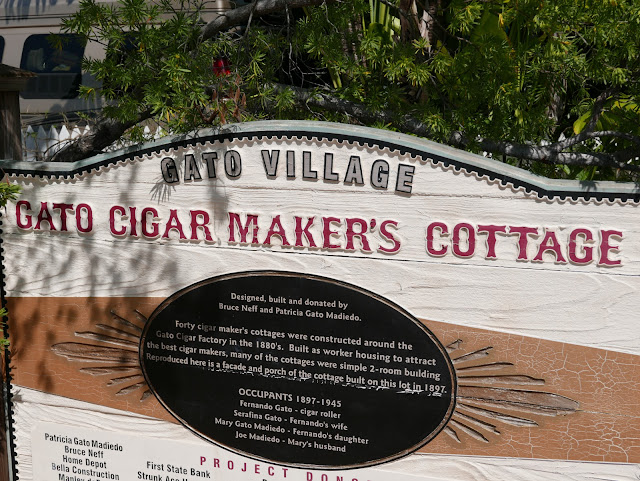 I only know it's been here quite a long time as I unearthed this picture form January 2014 of Cheyenne resting on one of our walks through the area. 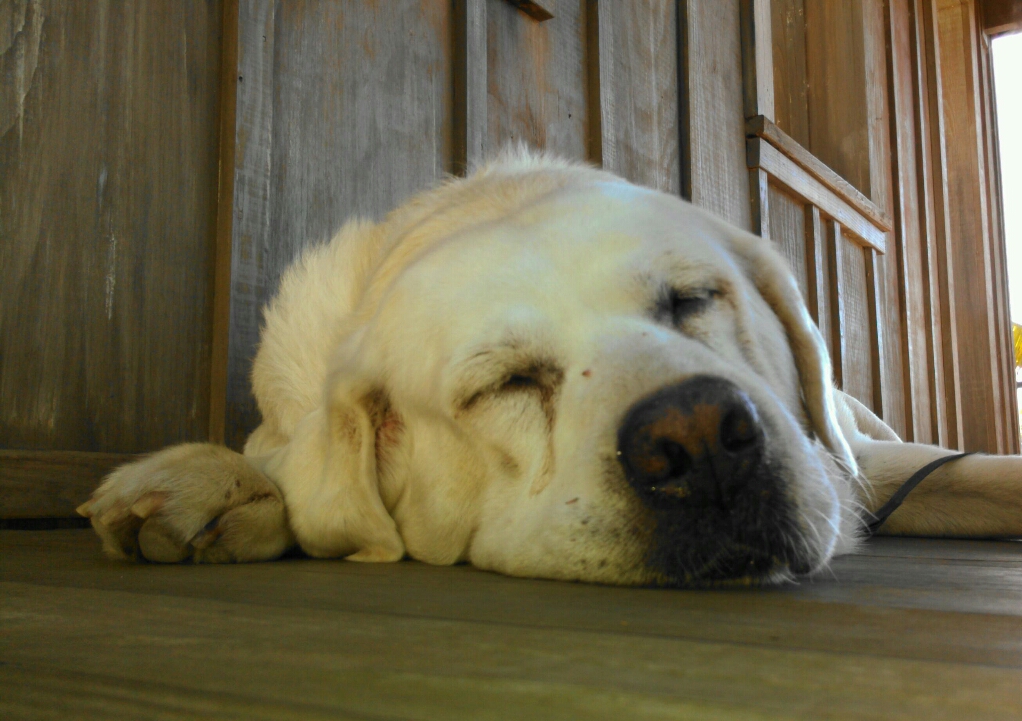