The People of Duval

This essay first appeared here in August 2013 when I was training a new dispatcher during the day. I was getting up with an alarm clock and working Monday through Friday which I did not enjoy at all. But I did get out into town more often in sunlight. I liked the color and vibrancy of these summer pictures, so just because we have been rained up mercilesly lately they make a nice contrast for me, and most likely would for anyone under snow. In December.

I have said the streets of Key West tend to empty out in August after family summer vacations end, but that is not to say Duval Street is completely empty. 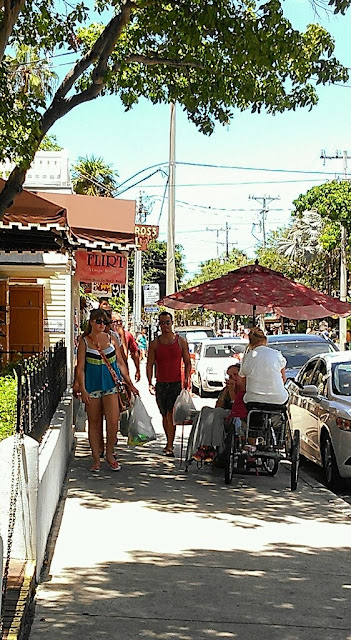 By winter standards when most people see this famous street these crowds are pretty thin. People have time and space to check street side menus and coming attraction boards: 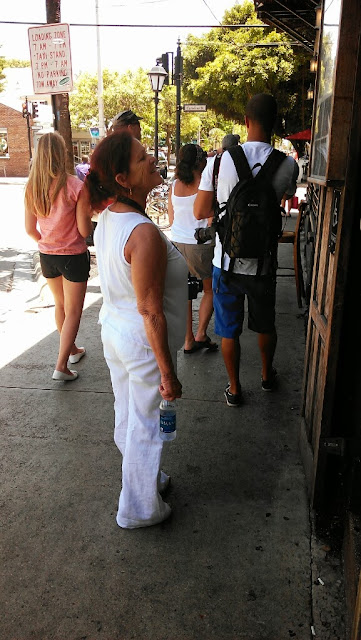 Lunchtime in the Bull has seating to spare... 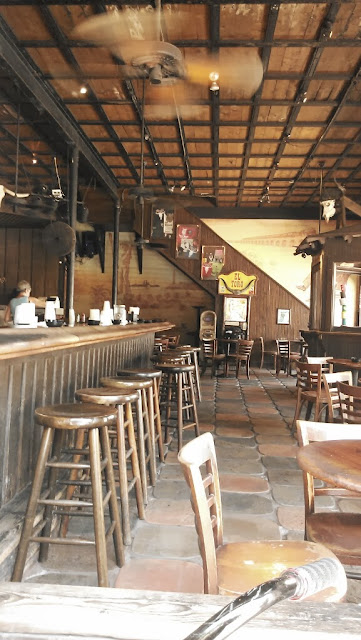 ...and there's plenty of room on the sun drenched Conch Tour Trains: 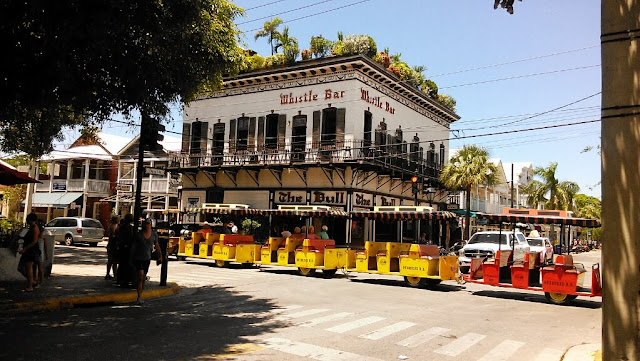 I was intrigued by this couple taking their pictures with their backs to the iconic landmark. I actually posted this picture on Facebook where GarytheTourist immediately noted the irony. 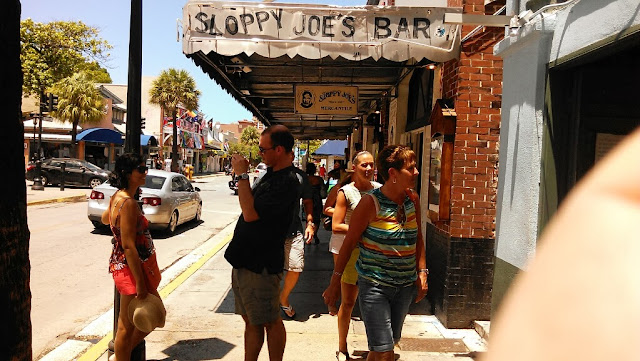 I hear people say it's "too hot to ride" a phrase that fills me with wonder. Sometimes it's too hot to ridecomfortably but that is an entirely different thing. 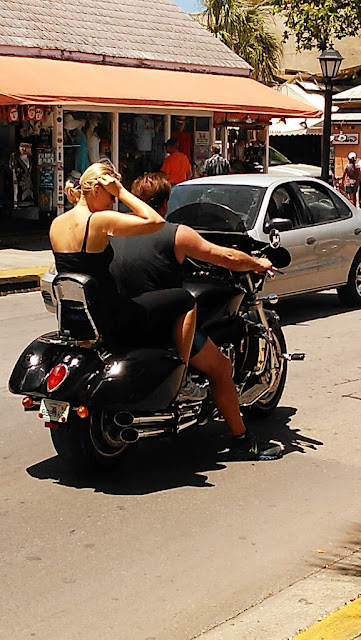 Key West is where people ride two wheels to get around, usually rented wheels, bicycles or scooters, and they go home and resume maneuvering their tanks around town and forget the joy of freedom. 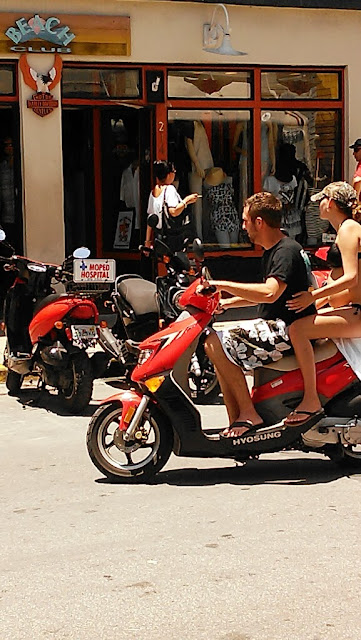 I have had a Young Person explain the concept of Coyote Ugly bars which started in New York where being rude is de rigeur because Coyote Ugly was where the schtick was for employees to be rude to patrons. It's surviving in Key West where it adds nothing much to my quality of life. Nor does it detract either. 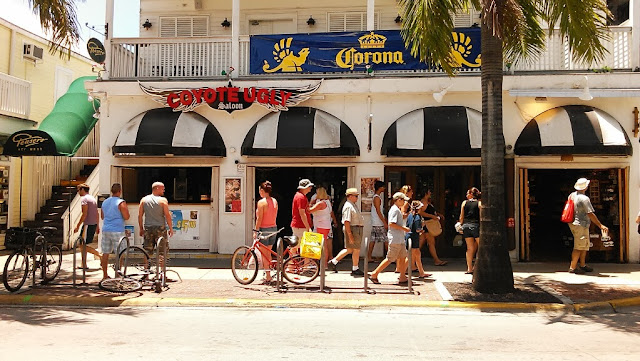 People watching; I do it walking while some do it seated. 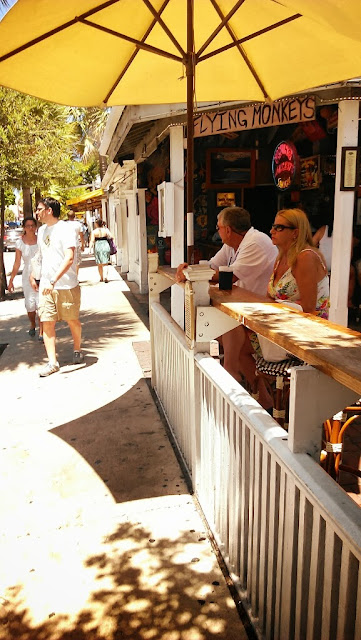 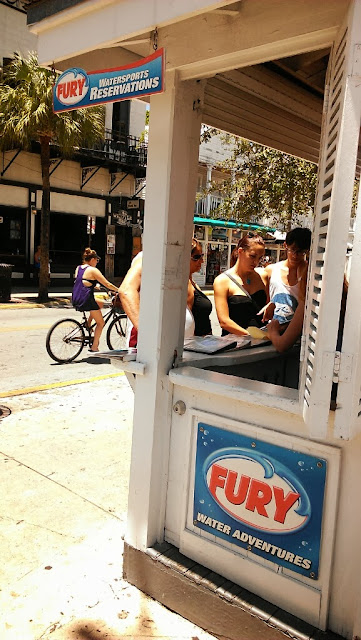 Not too many people to watch just now. 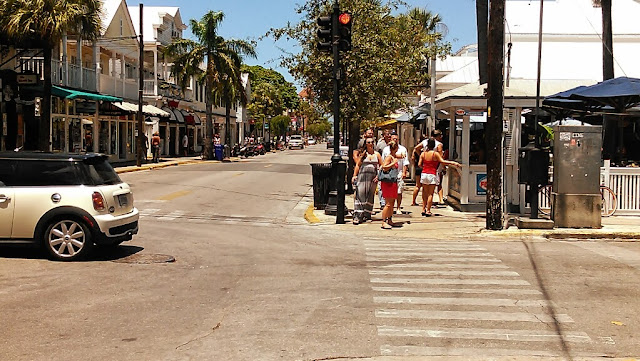 Lots of time to pause and catch up. 23,000 people on a four mile island have lots to talk about. 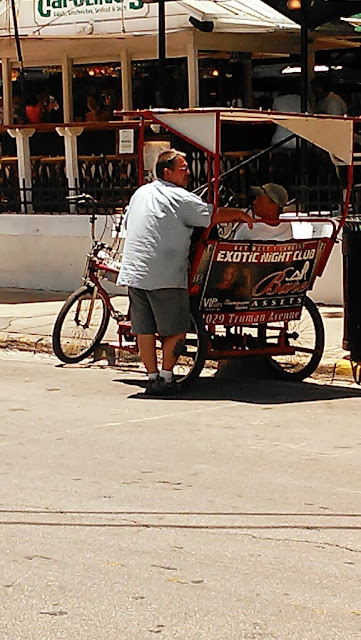 Have you noticed how people attract people? One stops to look, which doubles and two are stationary then four and pretty soon Conchscooter is at the back craning to see what's what. 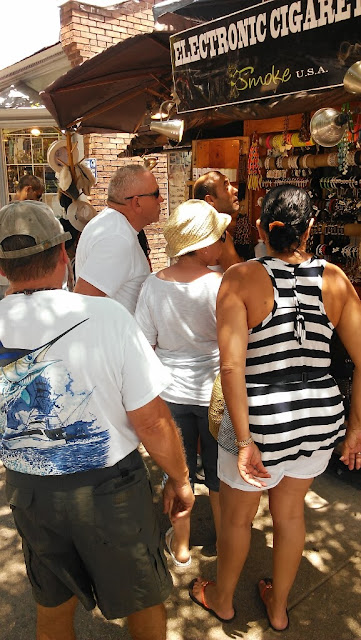 This is a permanent display offering raffle tickets for a classic car or a Harley Davidson I believe in an effort to somehow reduce drunk driving. The offer is real, one of my colleagues was once the proud winner of the motorcycle. 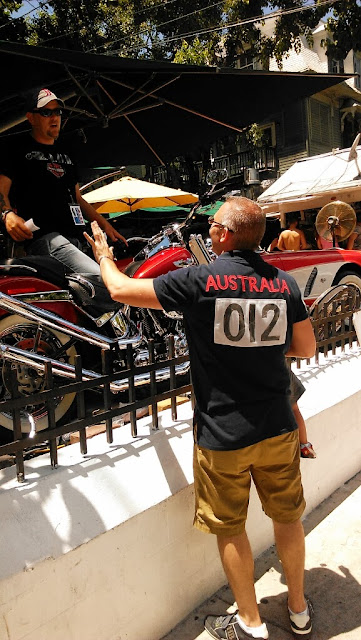 Sun worship has its side effects. I'm not sure the picture captures the full leathery effect. He looked like a turtle without its shell, God knows what it feels like to have skin like parchment. 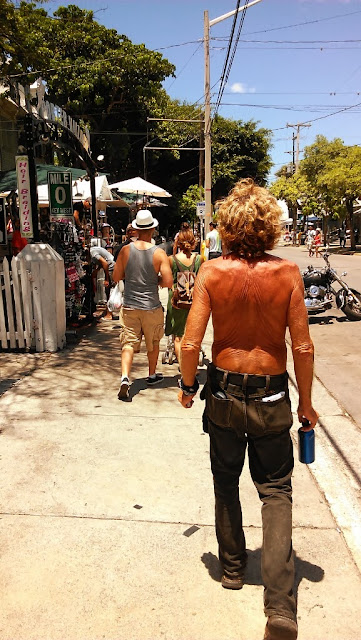 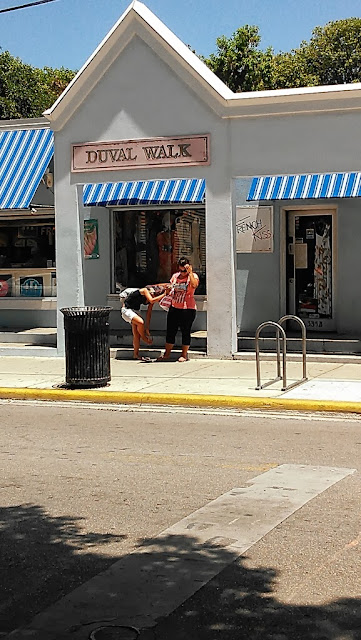 I went back to work.
Posted by Conchscooter at 12:00 AM No comments: