A Plague Of Barricades

It has been said, long before I first drew breath that you should be careful what you wish for, lest you get it. I mention that because not long ago I had been wishing for some change in a life that had fallen into a routine and now everything is changing it seems, all the time. I check the commercial property listings in the Key West Citizen and just about every and any landmark business is for sale it seems, so more change seems likely. The rather odd Checkers hamburger stand, the one with two drive throughs and no inside seating has closed, a victim they say of diminished numbers of shoppers as people avoid the Boulevard during the interminable reconstruction (has it been two years yet?). Now, rumor has it, Key West, formerly the antithesis of chain stores, is about to get it's third Starbucks outlet. I try not to be a fan of fast food burgers for all the familiar reasons but I have fond specific memories of Checkers. From time to time instead of taking people sailing we self important boat captains/wharf rats had to actually maintain the charter boats we sailed. That was when our boss would reward us with large white paper bags of burgers and fries and fizzy drinks from Checkers. I don't know if it was the effect of the labor in the sun, but the memory of those burgers and hefty fries still make my mouth water, a decade on. Now its gone. 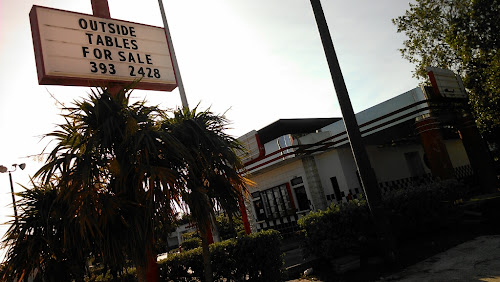 All of which was of no concern to my dog who dragged me through the roadworks with all the determination of a Labrador who has spent too little time walking and too much time trailing around a slowly disassembling house. I empathize with her impatience, as we both struggle to cope with the yellow tape in our lives. 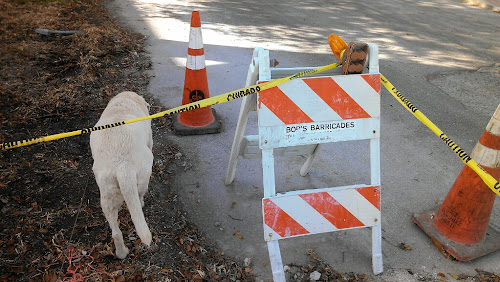 Then my brain goes off on a  tangent and I wonder about Bob's  Barricades, these gruesome symbols of traffic back-ups, lumps in the roadway and dust in the air, automotive chaos, and I've seen them from coast to coast to coast. They are everywhere. So I started to wonder who Bob might be and it turns out two men, one with the delightfully unlikely name of "Happy" have been renting these things out to construction sites around South Florida since 1975. I think of all  the water I have passed since that year when I graduated high school and in that time Happy and his partner have been caught up in the exciting world of barricades. On their website they speculate with some modest that they are "among the largest barricade companies in the world." I wonder who the competition might be? 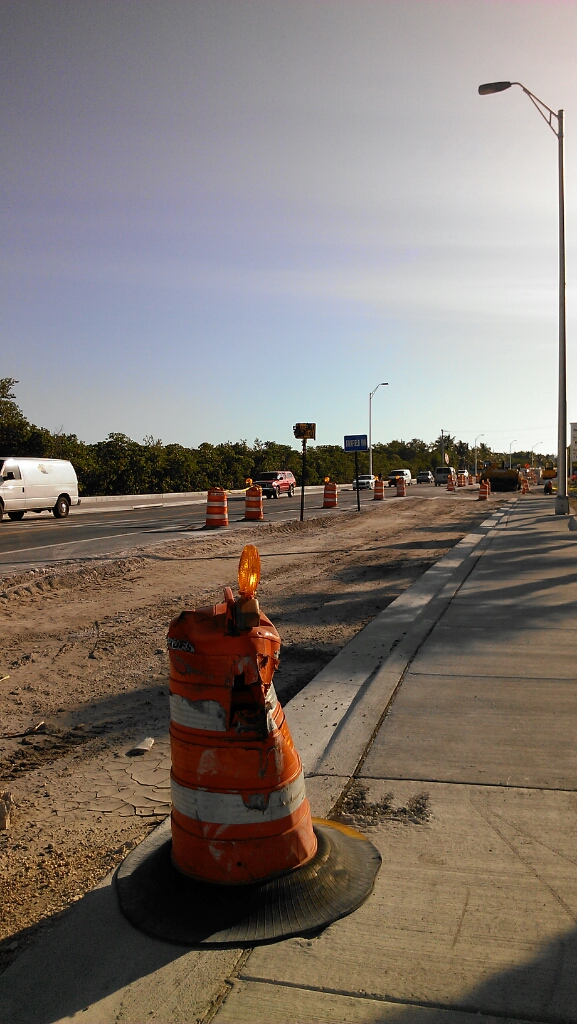 I figured it was time I took an interest in these obnoxious symbols of organized chaos and disruption, so I discovered these things, often seen at Fantasy Fest parades and the like on Duval Street to control crowds are called "French Barricades"? I wonder why, and several risque suggestions come to mind. But everything has a name chez Bob.

Bob's drums and paraphernalia show up all over the place. We've had construction under way on Highway One, as Florida is flush with cash these days for some reason and I have found myself paused in my headlong rush to get somewhere staring at "Bob's Barricades." 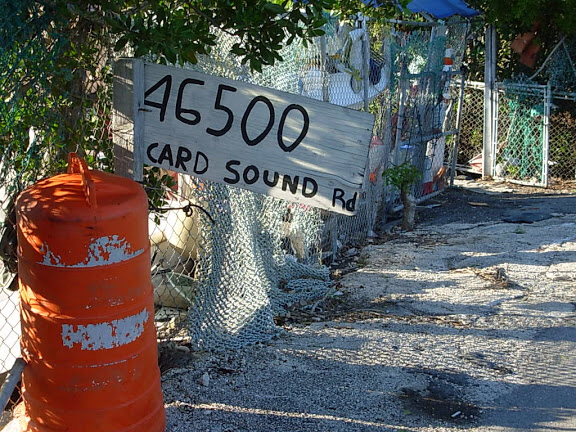 I hope that soon the Lower Keys sewer system will be installed, dust will abate and the barricades will go away from the neighborhoods.  One day soon I hope to get used to four full lanes on the Boulevard with a brand new turn lane and no barricades to be found. Barricade-free traffic on Highway One, on south Florida freeways, when road surfaces are freshly paved and new travel lanes are opened. Perhaps a future of tedious sameness, no improvements for a while, stasis achieved. 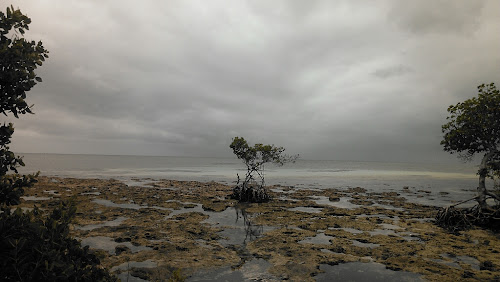 Perhaps I have allowed my irritation at life's daily delays to get out of hand. A world with no orange for a while would be nice though.

Posted with Blogsy
Posted by Conchscooter at 4:38 AM 4 comments: