What the Navy giveth the Navy, from time to time, taketh away... There are a lot contradictions in the relationship in the US between the military and civilians and it doesn't always seem that both groups are pulling in the same direction. Sentimentally speaking everyone cheers the people in uniform and some think that putting a magnet ribbon on their car signifies support for the troops but when it come's down to the almighty dollar, all bets are off. When the Navy announced the closure of the Outer Mole basin to civilian vessels the first thought wasn't support the troops by helping them complete their mission; no, the first thought was this will have a negative impact on tourism dollars in Key West. The almighty dollar is now interfering at the former Navy housing at Peary Court. 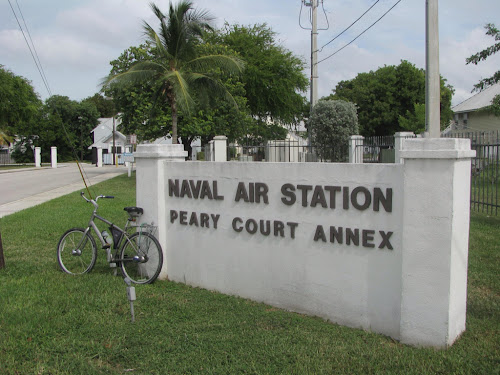 If you ever saw the movie CrissCross, arguably one of the best movies set in Key West, there is a scene showing a baseball game in an open space YouTube caught momentarily in this preview, which shows Peary Court as it once was. I used to walk across Peary Court from the informal dinghy landing on North Roosevelt to downtown Key West before the 29 acres were built up. I didn't feel as strongly as the protestor Molly Logan who fought the Navy by chaining herself to a tree for five days. The Navy prevailed. And now things are changing again, however a return to open space is not in the planning. 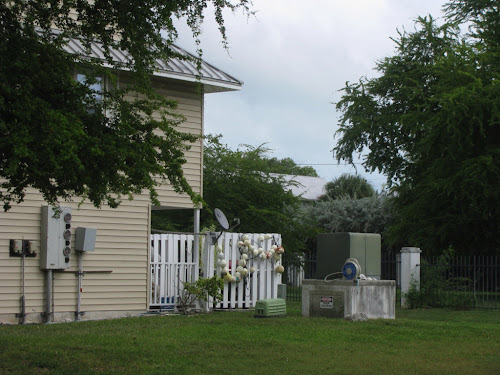 City planners recently rejected the latest proposal from civilian developers to turn the former Navy Housing into 200 civilian homes. The idea is that fifty of them should be "low income" affordable whatever that means in this crazy real estate market, but city representatives who saw the plans told the newspaper they didn't like what they saw because the houses were too cookie cutter for Key West. As though developers suddenly sould be able t recreate the genteel chaos of say Shavers Lane to order... 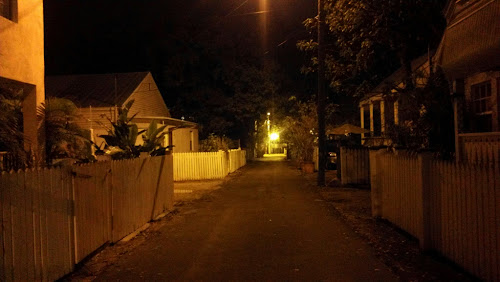 However Peary Court's status as a trouble maker is secure for the time being as there is also a dispute going on between the Monroe County property appraiser's office and the civilian company managing the land since 2007. Navy property is exempt form property taxes but Monroe County argues civilian management isn't. However it just so happens there's a state legislator from Pensacola who happens to agree, quite by coincidence you understand, with the the British owned management company. 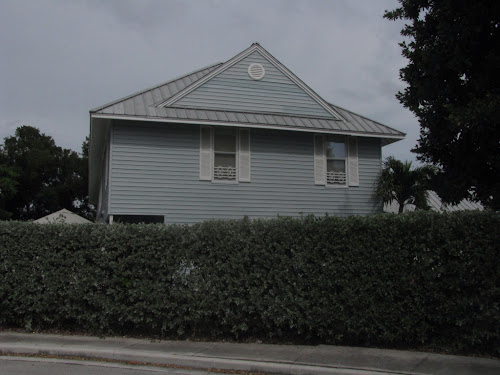 It seems weird doesn't it, for a Florida legislator to be in the pocket of a foreign corporation and opposed to legitimate claims of Florida County Official. The claims are legitimate because the lawmaker wants to change the law to give Balfour Beatty a retroactive tax break to 2007... And thus deny Monroe County more than eleven million bucks in tax money. So much for working for the people of Florida! With lawmakers like these we need to start printing magnet ribbons saying we support local communities. 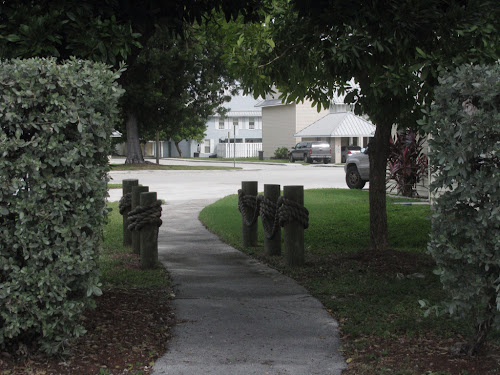 So the open space was transformed into crappy housing that it turns out the Navy never really did need. Imagine this: the navy is now building new housing on their own land on a piece of Fleming Key overlooking Garrison Bight. Why they couldn't have built there in the first place who knows. 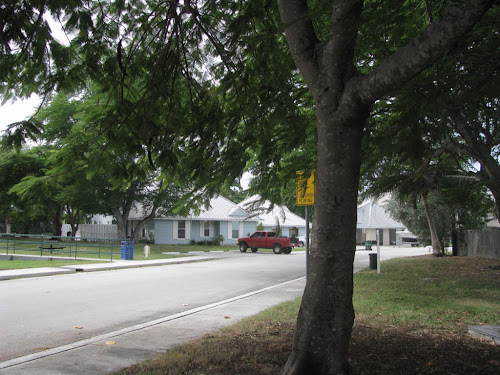 There is some sort of obdurate pride at work amongst our leaders sometimes that in retrospect makes anyone who looks too closely scratch their heads in puzzlement. What were they thinking? Why did the Navy demand this land be returned fr housing they seemed never to really need? Would this open space just have become bum central? Now we are stuck with these homes which have been renting for two grand a month to civilians ever since the Navy shut shop here. Yet these homes aren't enough and must be replaced with two hundred do-overs. 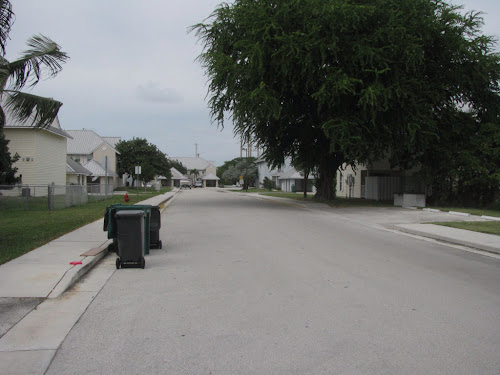 But the city says a gated community look created in Truman Annex and similar to this Key West Style at the Golf Course is not appropriate for the future Peary Court. Why? I haven't a clue. Apparently it doesn't look real enough or something. 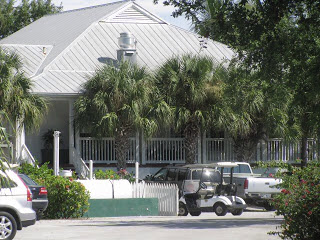 I was wandering Simonton Street last week with Cheyenne, and we got an eyeful of the real Key West, not, most likely what anyone wants to see in the new housing 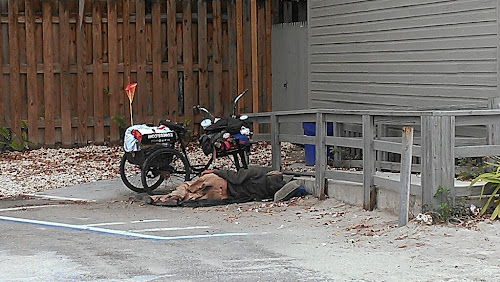 I have to say I was quite ashamed of the passed out bundles of abandoned human wrecks lying like post apocalyptic victims of some plague lying on the beach. The Asian tourists who were fascinated by my furry bundle of joy and wanted to pet her, as indifferent as she was, took it in good part, affecting not to notice the shambles of passed out drunks looking like basking sea lions on a California strand. 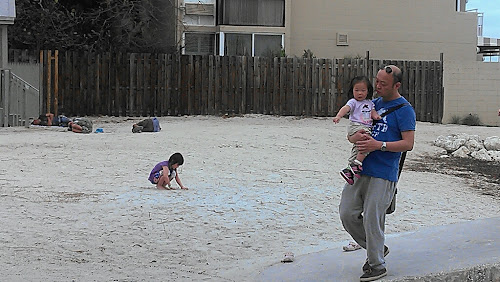 I am so confused. I hope someone out there has the vision thing sorted for the future of this town on the cusp of some new reincarnation of itself.