Walking Truman Avenue as the sun was setting I got this view of the complex and it put me in mind of some distant mission, an outpost of the Holy Mother Church in say, Africa, a place where businessmen, missionaries and drop outs went to seek their fortunes from the closed confines of Europe: 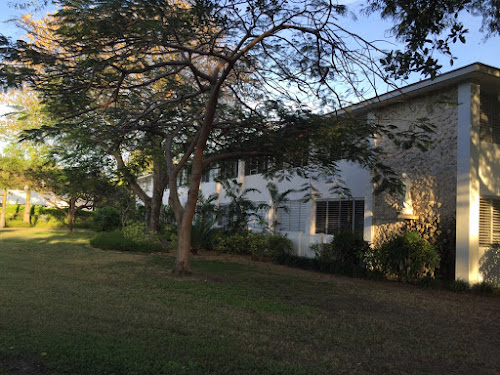 But there under the flagpole the scouts were doing their thing. I was a scout once, in England a few decades ago. We were brought up to honor God and the Queen and Be Prepared and we tied knots like they were going out of fashion. It was a simple after school philosophy of being a good citizen. I find the apparent obsession in this country with sex and gays and scouting to be rather odd. I wonder what Baden-Powell would think of it all. Go and build a campfire, put up a tent and don't shit where anybody could step in it was the focus of scouting when I was an English kid. Buggery was not spoken of, and frankly I think it was better. Mind you, B-P was a slightly peculiar fish as it turns out, a subscriber to Mussolini's Fascist principles they say, so perhaps American scouting with its odd obsession with rooting out homosexuality is closer to his ideals of order and subservience to social rectitude. Me? I'd rather go tie a knot in something which was always a problematic activity as I am left handed and knots confuse me almost as much as the rationale for homophobia. 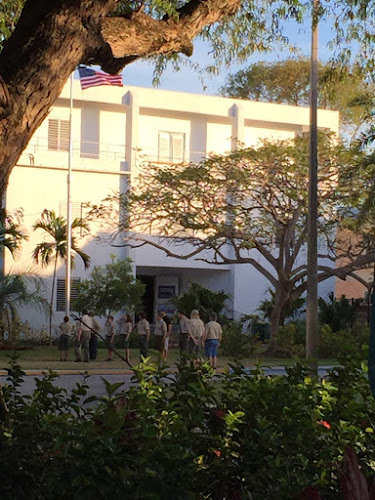 There's lots of history here particularly relating to the War of 1898 when the US biffed Spain and took an interest in controlling some far flung real estate. 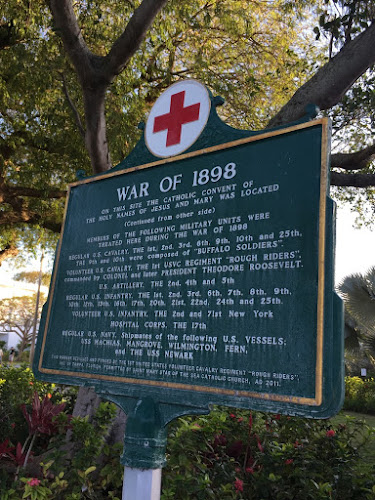 Key West is well known for it's bars and alcohol-fueled parties but in point of fact religion has played a huge role in the island's development as well. Jews have had a synagogue in Key West for longer than anywhere in Florida, and not hating Jews on principle was  a mark of tolerance in the bad old days. Catholicism was the religion of the original European settlers from Spain, not a cheerfully tolerant lot in those days and fights between Protestant Europeans  and Catholics were the order of the day. Key West has not been like that and every type of belief has been accommodated without feeling the need to kill each other. 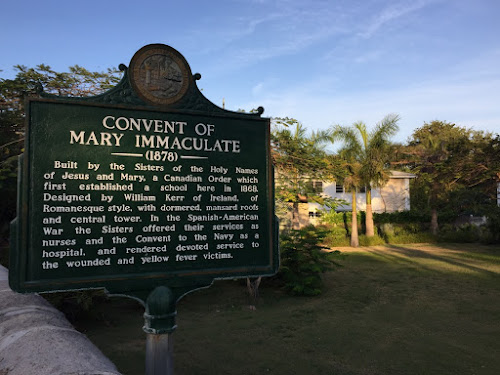 The fact that the Minor Basilica of St Mary's gets to occupy what is essentially a large city block is a mark of how long this church, has been here. In those 19th century days this part of Key West was waste ground on the outer limits of the city which huddled on the northwest corner of the island around the harbor. There was land to spare out here. 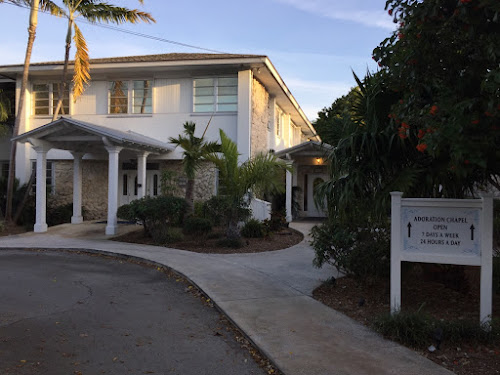 And in some respects there still is. 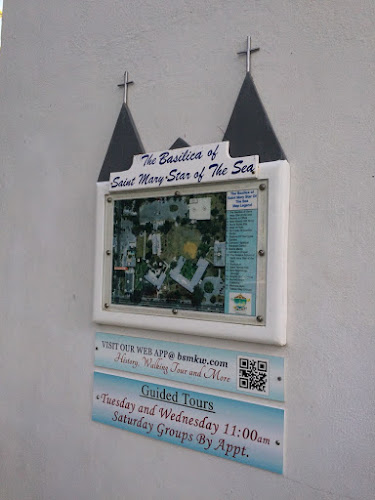 The expansive grounds feature a recreation of the grotto of Lourdes but in this case instead of medical cures, some people attribute miraculous anti-hurricane properties to this place. In summer when the scientists at the weather service are seeing storms you will see people coming here lighting candles to keep the storms away. 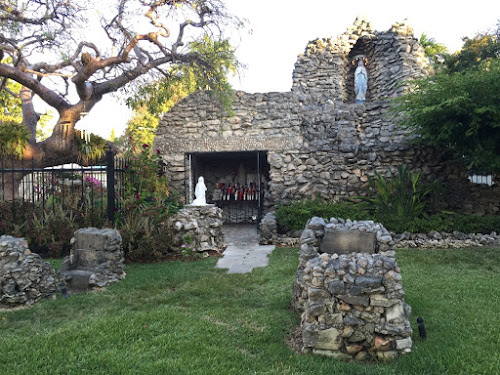 Apparently they were not enough in 2005 when Hurricane Wilma overcame the grotto and flooded the city to dire effect. But on the whole the track record isn't bad throughout the 20th century which Key West managed to survive after the wrecker of 1909. 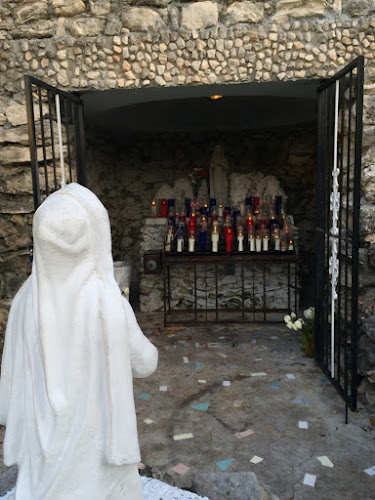 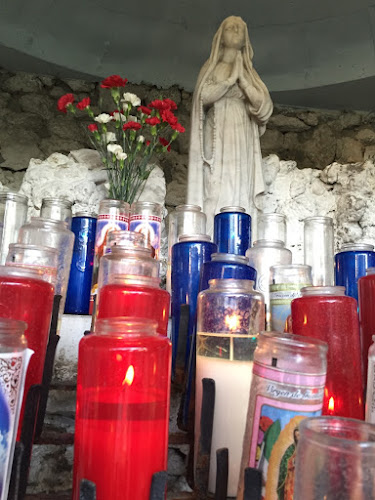 There is also an anti-abortion memorial site to the memory of the unborn which sounds like an oxymoron to me. The rather plodding cast of my mind has always made a feeble Catholic out of me. After they stopped saying Mass in Latin I lost interest in the ritual of a sanitized dumbing down of church ritual and my pursuit of common sense puts me outside the world of demons and miracles and mystical stuff that had a home in people's minds before Galileo figured out what was up. I suppose you could argue praying to a plaster cast statue to keep hurricanes away does no harm , but then those same prayers also extend to a belief system that seems to forget that Jesus is quoted as telling people to love their neighbors, not burn them at the stake for being inappropriate. 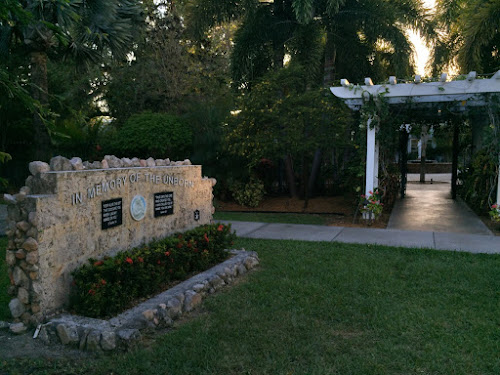 The Catholic church may have set aside mysticism and incense but fund raising remains it's strong suit: 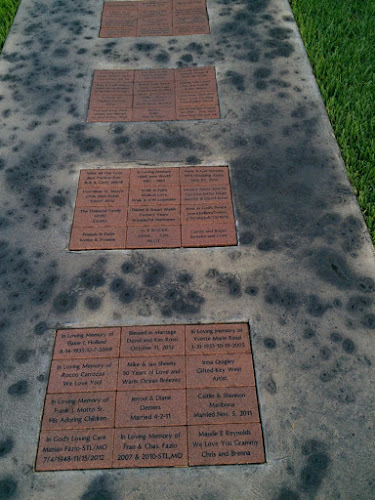 I read with some wry amusement this week that the Vatican has rejected the proposed new French ambassador. As usual the Vatican diplomats cloak this decision in mystery but apparently the dapper Frenchman is not only eminently qualified for the job but he is also discreetly committed to living with another man. The Vatican says its not the homosexuality but the lack of marriage status of Laurent Stefanini that makes him unsuitable to represent France to the Holy See. He should  come and open a Consulate in the Conch Republic where there would be no problems. So much for not judging poofs as the Pope tried to claim a while back. 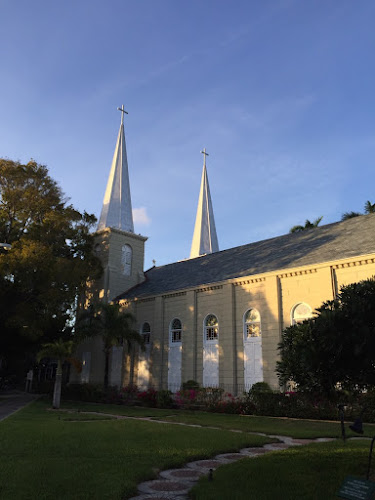 I like to think the tide of history will sweep all of us forward to a place where bickering about our differences takes second place to the idea that getting along makes more sense. I am forced to  think, especially because I do I read history and pay attention that I am an idiot. Tolerance becomes apparent only under duress. Except in a few isolated pockets among a few scattered populations. 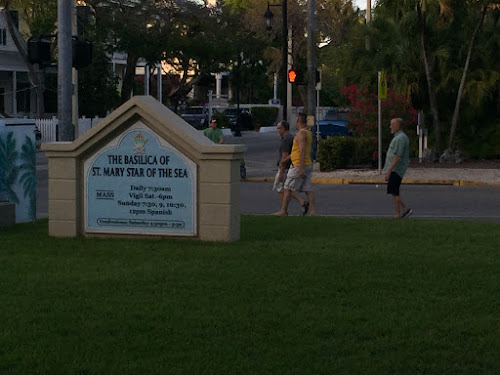 In the midst of what people expect to see in Key West normal everyday life goes on. How the two worlds coexist is hard to figure but humans have long had the very interesting capacity to hold to two opposing beliefs at the same time. When you are angry you call it hypocrisy, when you are in a  good mood you call it tolerance. When you are me you call people inexplicable and just try to to keep making sense of your own life in a town which they say has more bars and more churches per capita than any other town its  size. Sounds likely to me.