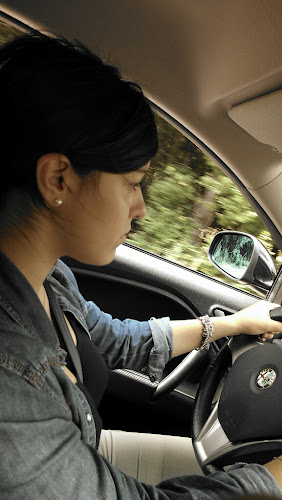 "What do you mean fifth? That's too much, I've never had it in fifth."

"Oh get on with it. Both hands on the wheel, watch the road, give it some gas." 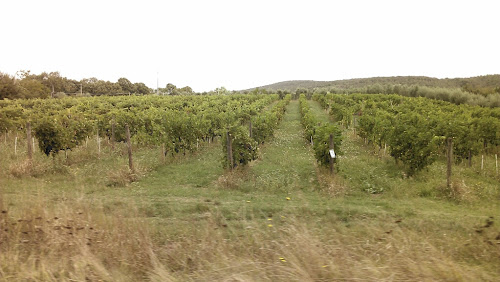 I suppose I would have to accept, if pressed that these are not the typical cautious instructions issued by driving school instructors. But there again in Terni Eleonora's driving school gets fifty Euros an hour and the way I see it, for the time I've spent gritting my teeth in the passenger seat she owes me upward of four hundred Euros. 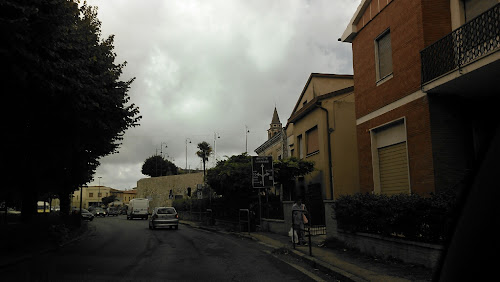 "For goodness sake, trucks and tunnels are going to be a fact of your driving life. Put your foot down, watch the road not the 18 wheeler (autotreno in Italian) and push on past."

"I'm scared!" she wailed but I was merciless.

"Get on with it! (Datti da fare)" and she did passing easily and with verve.

"How fast are you going?"

Which is in fact the case and requires learners (principianti) to attach special magnetic plates to the car, even if it is a deliciously sporty Alfa Romeo Mito (Myth) with six speeds and enough oomph to make driving twisting Umbrian mountain roads interesting. 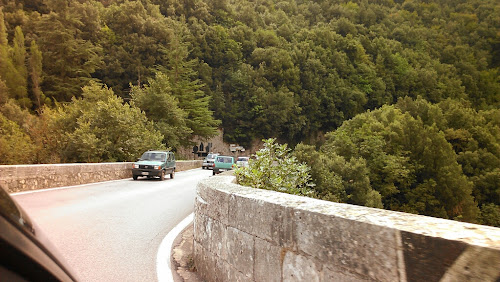 At dinner Giovanni told his 19 year old daughter something that made me squirm in embarrassment. Michele, he said waving his fork at me, should teach you to drive. I spent the day going to the beach watching him ride a 170 horsepower motorcycle new to him on unfamiliar roads and he never missed a line through a turn. Giovanni is a gear head and he loves cars as well as motorcycles. Giovanni will concede I am not as fast as him but I do like getting my corners right. I apply the age old rule of right position right gear right speed to take the turn smoothly. I watch for the apex as the corner opens up and I apply counter steering and that's it really. Giovanni thought this qualified me to help his precious daughter pass her test on Wednesday. 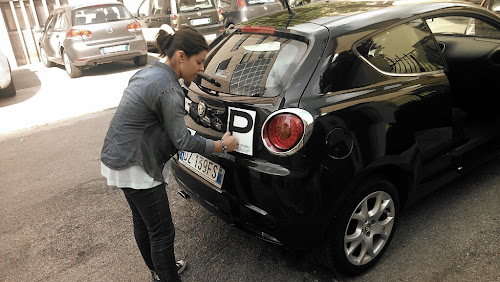 First things first, clutch control. Getting out of the uphill garage I demonstrated holding the car in gear riding the clutch with minimal acceleration. She loved to stall. More throttle I barked (Più gas!) and that became the order of the day. We lurched around town trying to find a bank to change my dollars for Euros with Eleonora crunching and stalling like Monsieur Hulot on holiday. Più gas! Men are such pigs she said. They are either rude to me saying I can't drive or they patronize me for being a good little girlie driver. They just want to sleep with you I said, imparting the first really important lesson of the day. Don't believe any of them. She took my advice to heart and refused to listen to me when I told her to give the car more gas. Hoist by my own petard. 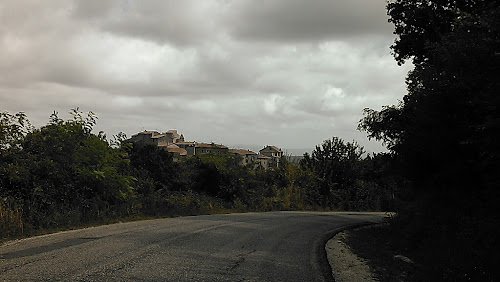 Then yesterday I rode down to Terni from my sister's house in the country and we tried the open road for three hours. We drove to a place I have never been, to my eternal shame. The home of C. S. Lewis's tale of the Lion, the Witch and the Wardrobe. 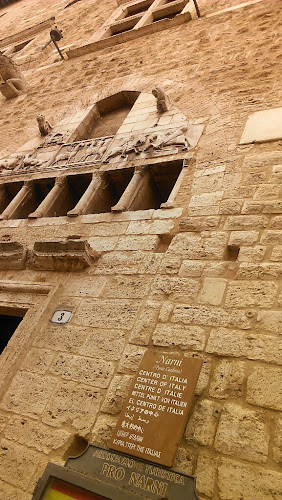 Narni used to be known as Narnia when it was the birthplace of the first century Emperor Marcus Nerva, whose bust sits at the entrance to the city center. Nerva - Wikipedia, the free encyclopedia. However the literary merits of the books, which I enjoyed and doubtless the film which I didn't, have imprinted themselves more clearly on the contemporary mind. 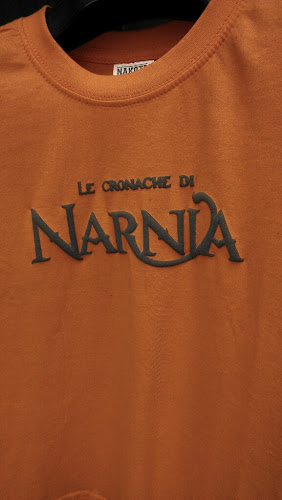 Eleonora coped manfully with the steep defensive hill that this city lives on as do most medieval Umbrian cities and we parked the car more or less fitting within the parking stripes and strolled into town.

"Enough with the camera!" 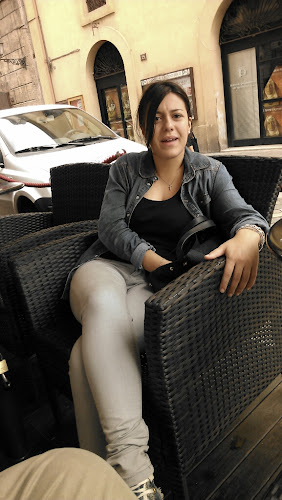 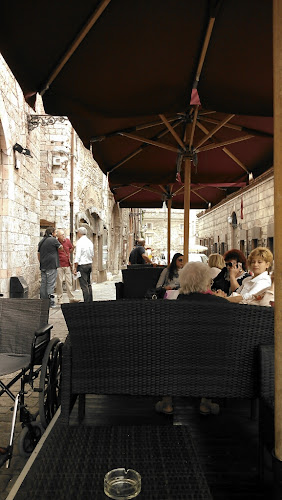 "You're having pizza with cappuccino," my young provincial friend noted. "That's unusual..." I'm American now, I said. I get to do what I like and I like savory snacks with sweet cappuccino. I had in fact noted it was three minutes to eleven when I ordered the coffee drink that is typically only taken in the morning in Italy, and eleven is the traditional cut off time. She had a more proper juice, pear flavored with her slice of ham and cheese stuffed focaccia. 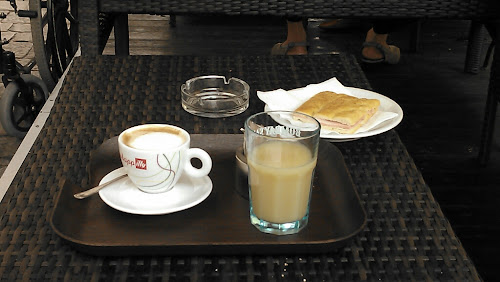 We sat and talked about her boyfriend "who is slightly Fascist," Eleonora noted. "He doesn't think women should drive." She dismissed his sexism with an airy wave of the hand. "I plan to be my own woman with my own job" and to that end she is studying for her Italian equivalent MBA. 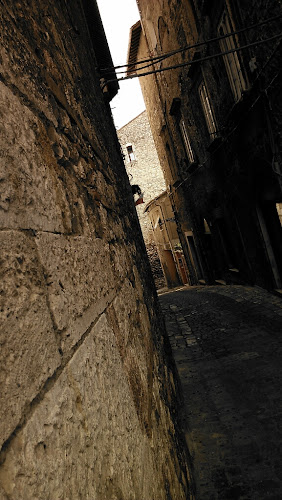 Narni is quite pretty within the unusually narrow main piazza which is lined in the classical style with tall palazzi. Not palaces exactly but impressive homes nevertheless. 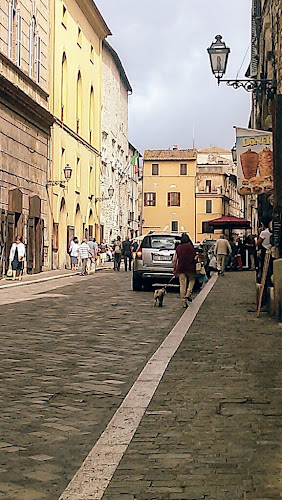 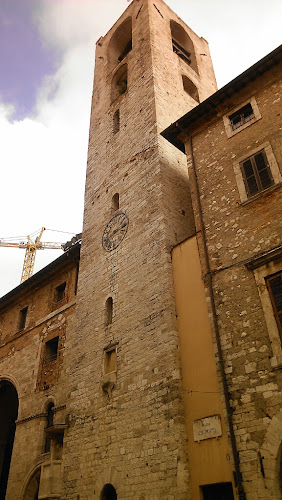 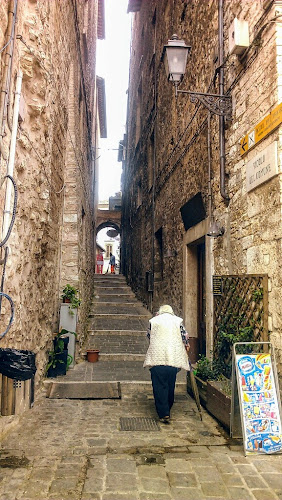 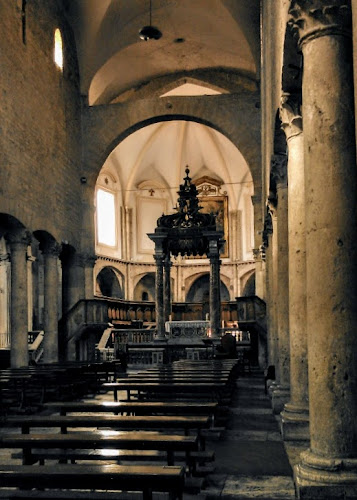 And talking of being her own woman, a cop carrying a side arm. 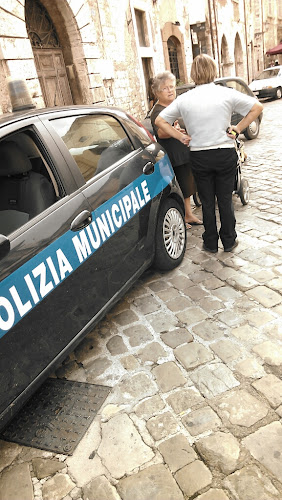 Back to the business in hand... 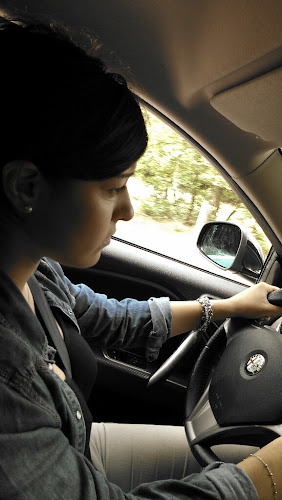 I had her drive me to Amelia (Ah-meh-lee-ya) on one of my favorite motorcycle roads around where I grew up. It was never so internationally twinned when I used to ride through here. 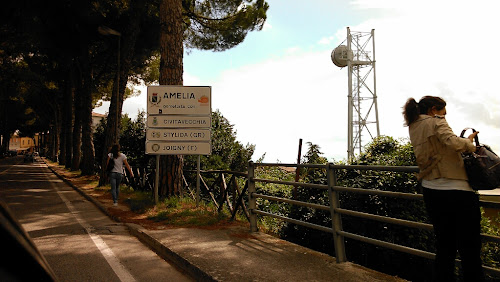 The twists and turns kept her eyes on the road and prevented her watching the gears as she shifted. I also threatened to beat her up if she ever again took a corner with the clutch disengaged as we screeched round a curve like James Bond in a car chase. "All right" she grumbled (Va bene), as I forced her to go through fourth fifth and sixth gears and back down again as we came out onto short stretches of straights. 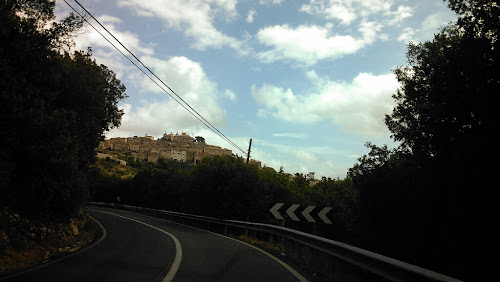 And so it went. We drove to Lugnano in Teverina (Lugnano on the Tiber River) and managed not to kill any pedestrians on the absurdly narrow sidewalks in front of people's homes. 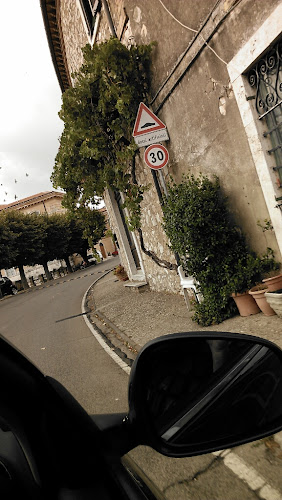 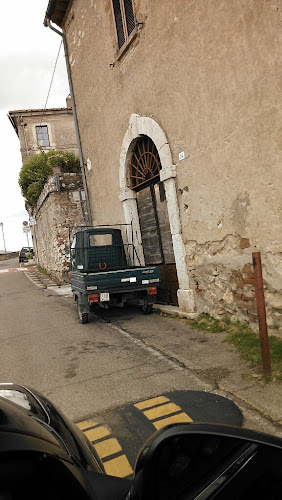 You only need a moped license to drive one of these things and they are a blessing for old timers who need year round local transportation at low cost and high utility. They'd be perfect in Key West, easy to use, easy to park, weatherproof and cheap.

Mind you Eleonora could do with some brushing up on her own parking before the test next week. 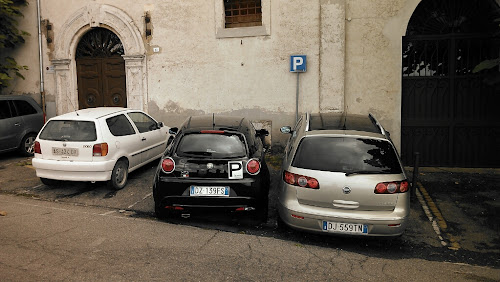 Before dealing with that we took in the view of the Tiber Valley. 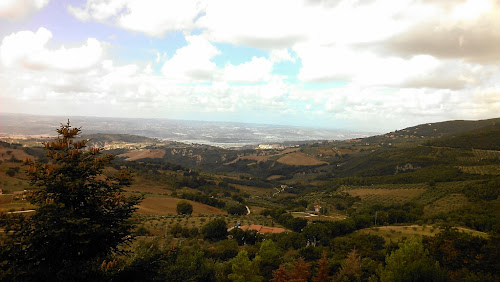 I backed the car out for her as she was afraid of scraping the innocent Seat (Spanish built Fiat) now parked too close. She drove home not at all sedately but very well. I fear I have ruined her for proper driving classes. She swore like a fishmonger's wife at an Ape that pulled out in front of her, and was so busy swearing we nearly wiped out against a wall. She recovered masterfully as I cheered her on. 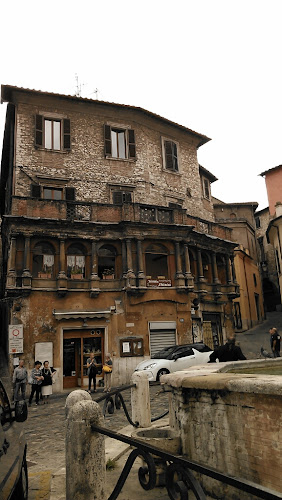 Posted with Blogsy
Posted by Conchscooter at 5:48 PM 1 comment:

One should have something to say this day twelve years on. They tell you that three thousand Americans died that awful day, but they weren't all Americans; they came from 90 different countries. Stefano Giorgetti was one of the 2996 and he wasn't Italian. He was from the Republic of San Marino, the oldest democratic republic anywhere in the world. One dead man isn't much in the grand scheme of things until you remember there are only thirty thousand people who share that nationality, not much more than the population of Key West. 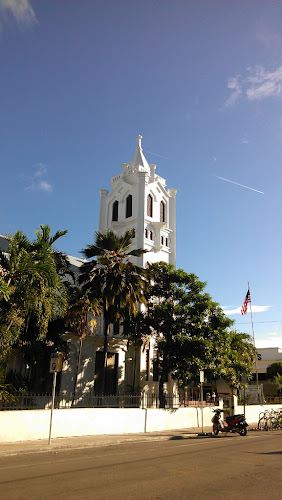