I looked up and saw the sign against the black sky of the early morning hours. It looked like a cry for help from a  town watching the numbers go up steadily. Bars are closed and you can't drink legally at a bar in a restaurant. Beaches are open but social distancing outdoors is required. Masks are required indoors and out all over the city. Carefree Key West the vacation destination has been replaced by a place where uncertainty rules. And yet the town remains the same underneath the layer of human frailty. 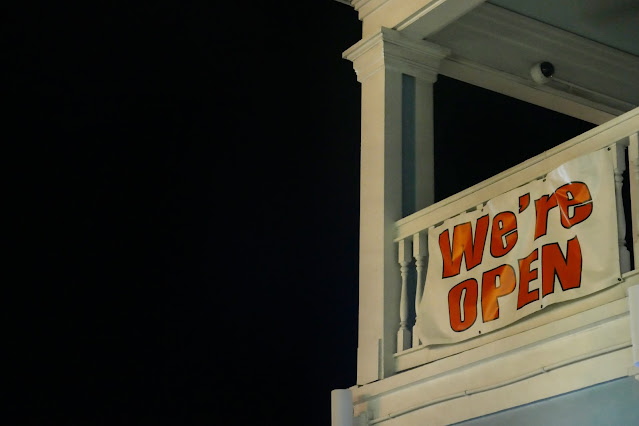 You can have your picture taken as an alluring two dimensional mermaid, but until you get to the end of Duval Street a white illuminated background fills the facial oval to weird effect: 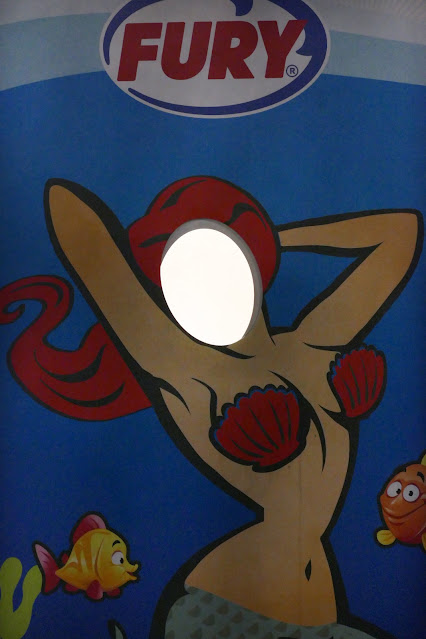 It didn't look too green to me but that I believe is what this heron is called, perched on the mooring ropes of the glass bottomed boat. 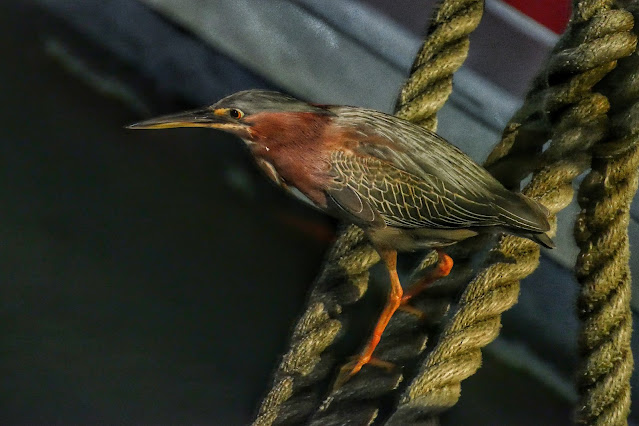 The brick design on the old bank building at the north end of Duval Street is highlighted in every photograph taken of this spot in the past century at least. It's a symbol of permanence in impermanent times. 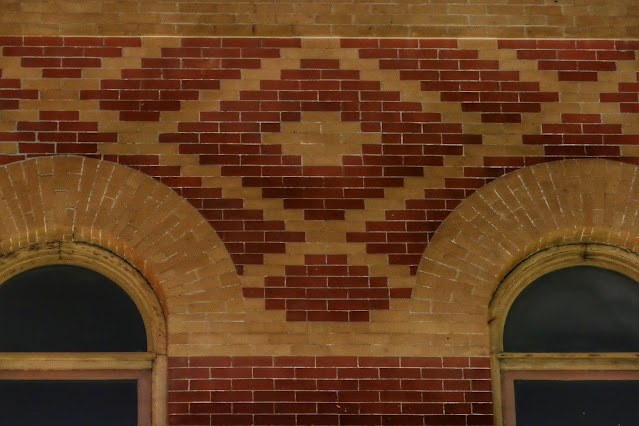 I don't think the ghostly appearance of the Harbor House on Front Street was improved much by the  political appeal. The race for mayor has attracted three candidates this year divided on the subject of cruise ships. Mark Rossi, the owner of Rick's equates closing the city bars with "Gestapo tactics" but I'm pretty sure the city won't be rounding up people for transport to death camps. Trivializing the Holocaust is a national pastime in political circles. 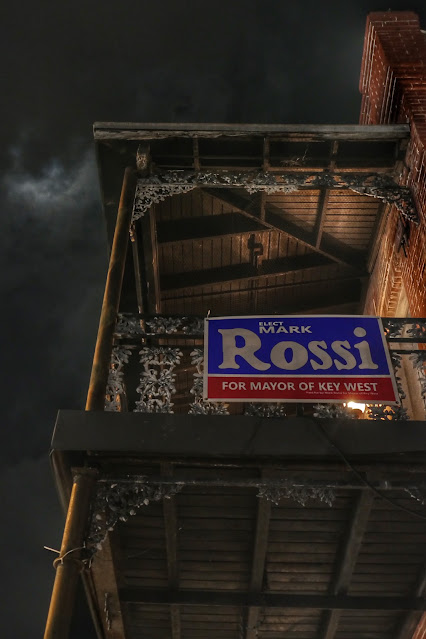 Fitzpatrick Street is the cobbled connector between Front and Greene. I really like the way it puts me in mind of a frontier town in some Hollywood western. I expect to see a horse tired up in front of a saloon. 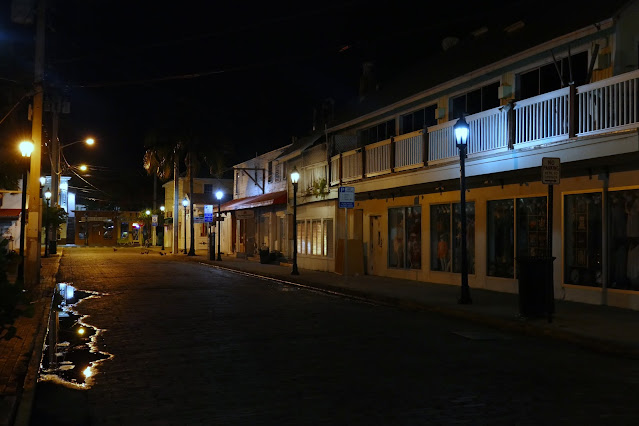 Except at five in the morning Rusty and I are alone. Socially distanced I guess, even from reality.
Posted by Conchscooter at 12:00 AM 2 comments: