The Florida State Legislature is a part time organization which pays $30,000 a year to the elected representatives and per diems that max out at $6,000 extra dollars for lawmakers who show up to the annual part time sessions at the beginning of each year. Low paid part time work ensures only wealthy people will run for office in the Sunshine State, a situation that is leading a major South Florida news paper to despair. 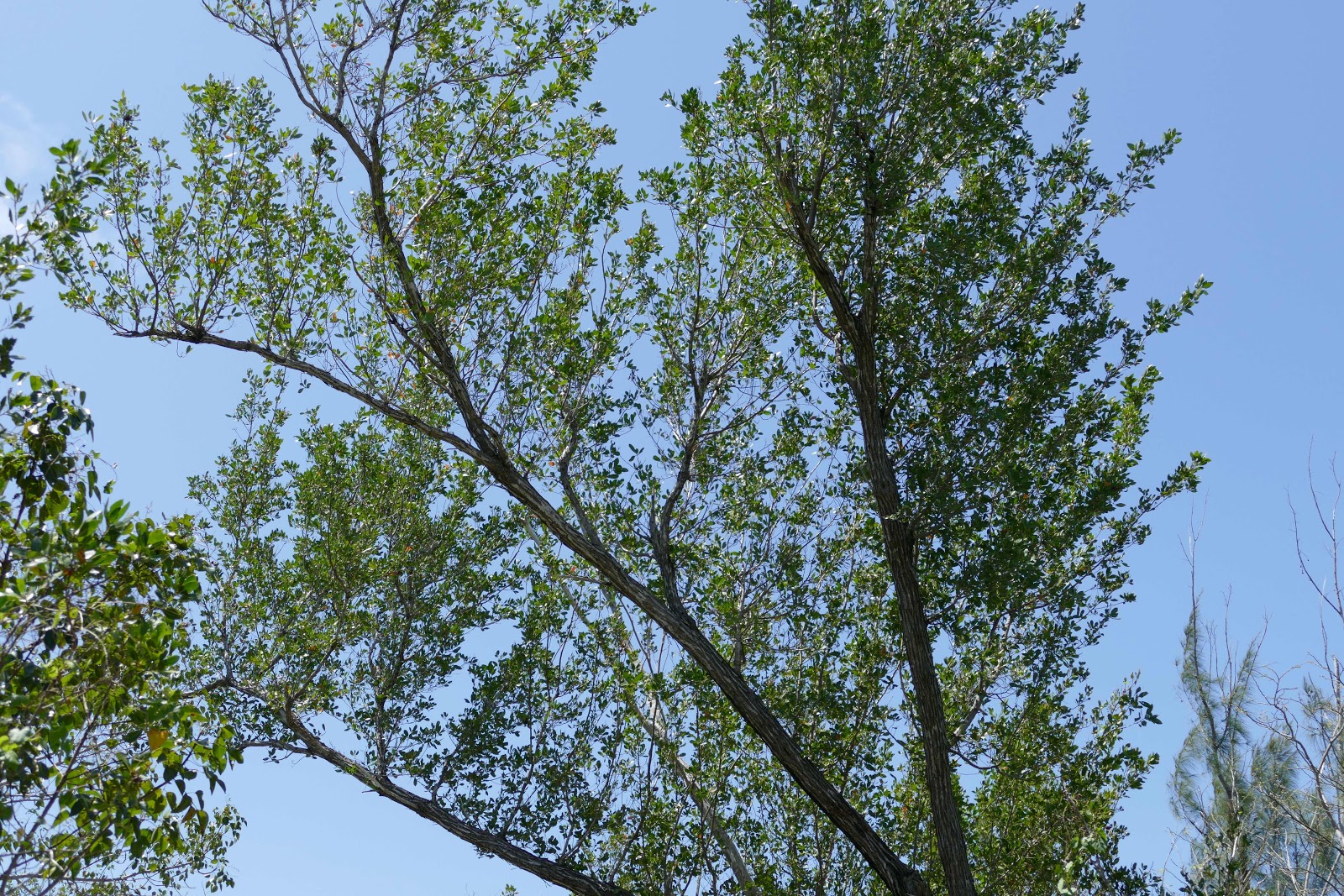 Florida used to be a Democrat stronghold like the rest of the former Confederacy after the Republican Party led abolition in the Civil War. It was a centrist party in a calmer era when Governors who knew and cared about Florida grew up in the state they came to lead. Bob Graham and Lawton Chiles were my heroes from that era who steered a course that appealed to the steady center in a  state that has seen vast amounts of immigration from people seeking sunshine and not local politics. 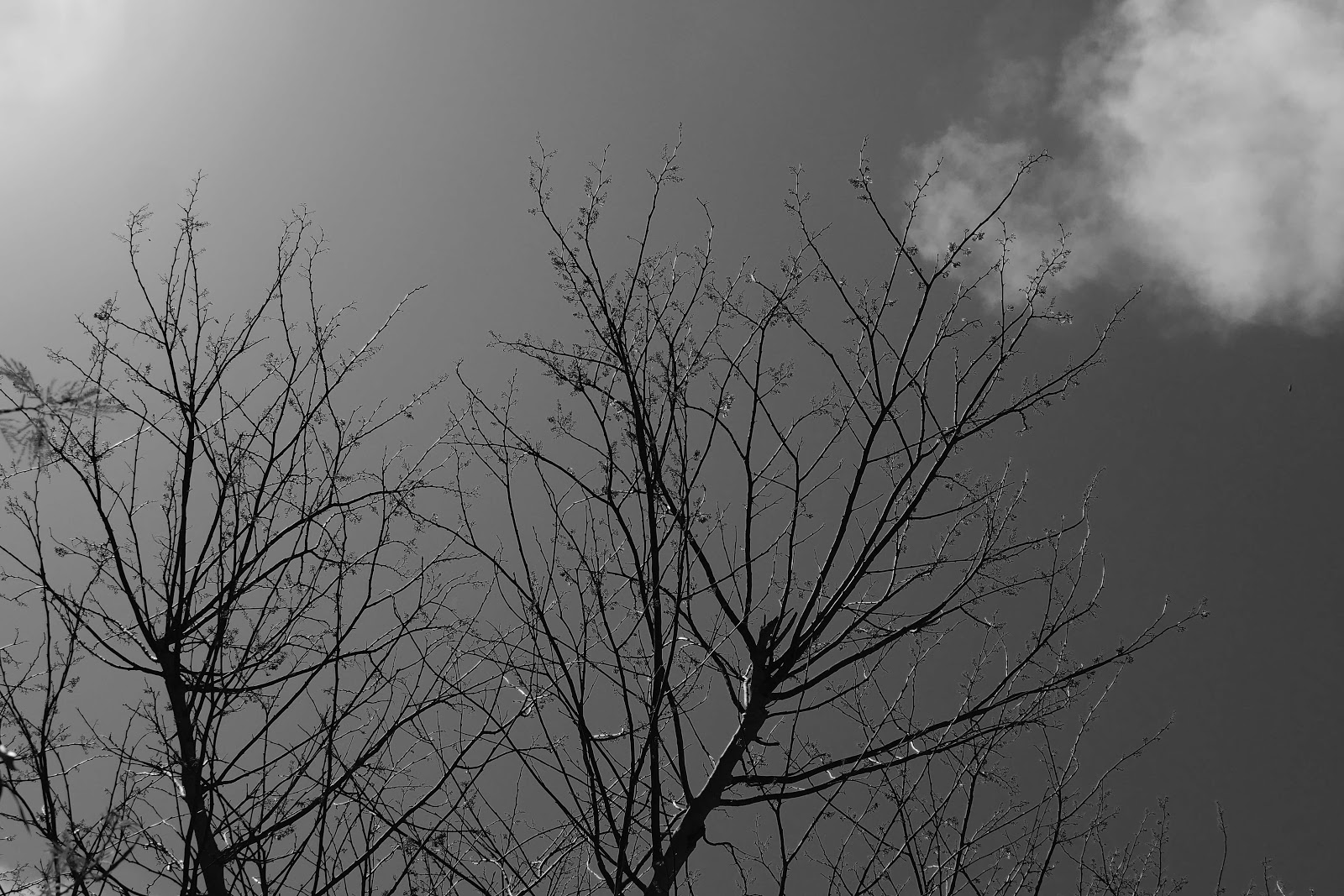 Since 1996 the revolution initiated by President Nixon who shredded the social contract that held Democrats together, Florida has been an all Republican state gerrymandered to keep the GOP in power despite a majority Democrat electorate. I had high hopes for Governor DeSantis, a native Floridian who started out with similar political positions to those Democrats in the political center 60 years ago. Then he got ambition and switched his allegiance to a national political agenda on the radical right, which puts him in the odd position of pushing sensible environmental legislation supporting Florida's delicate ecosystems, while charging ahead with an exclusionary political agenda to support his run for President in 2024. 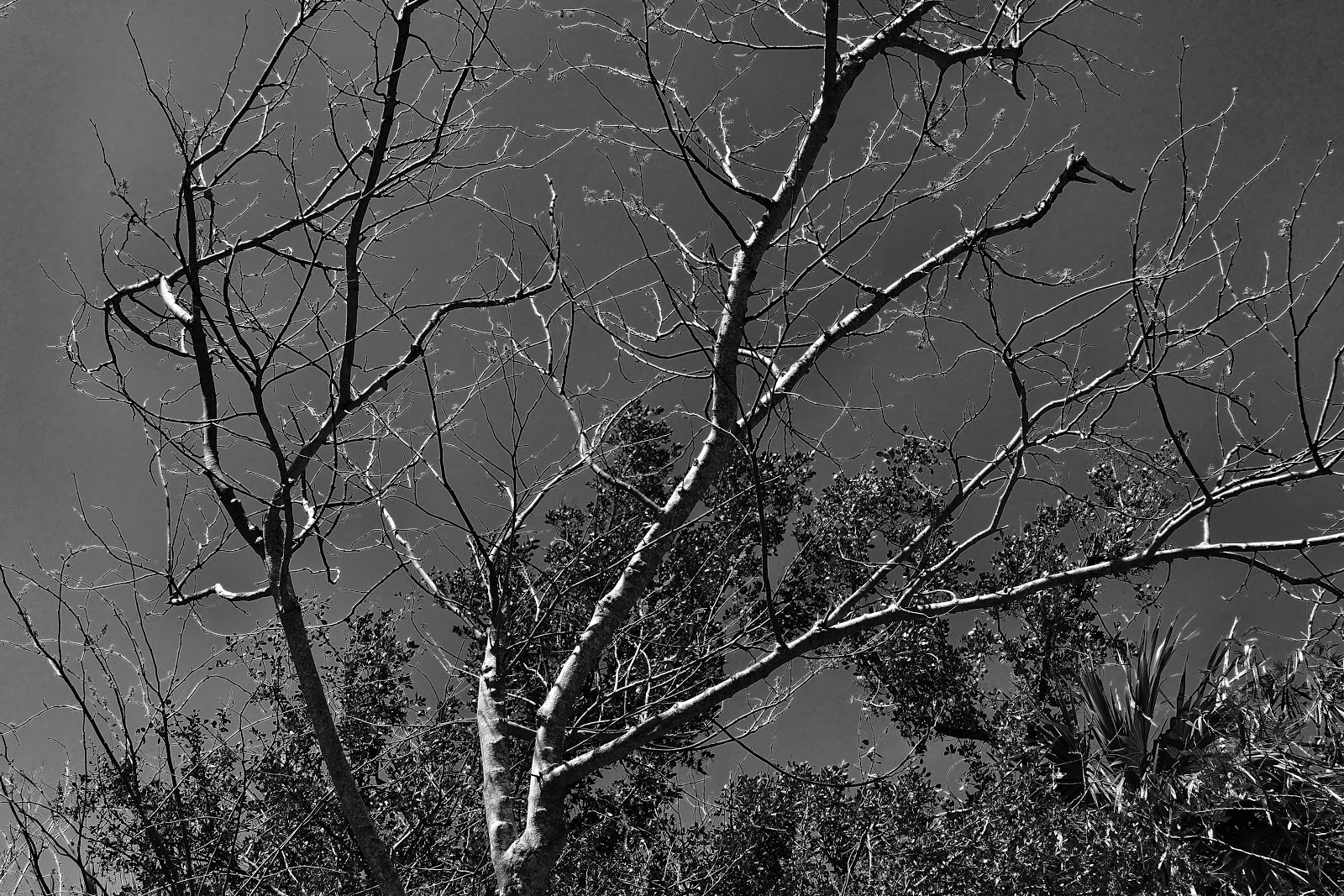 Florida is a pivotal state in national elections but seems oddly incapable of bringing home the bacon. Those good old fashioned pork barrels of yesteryear seem to have passed Florida by, and as someone who used to wonder critically about the give and take of politics in my firebrand youth, I wonder how incompetent are our politicians become.  Reliable, dependable support used to be worth some infrastructure dollars or education grants or something, but modern Florida is run by blowhards who never learned to negotiate. Oh well! 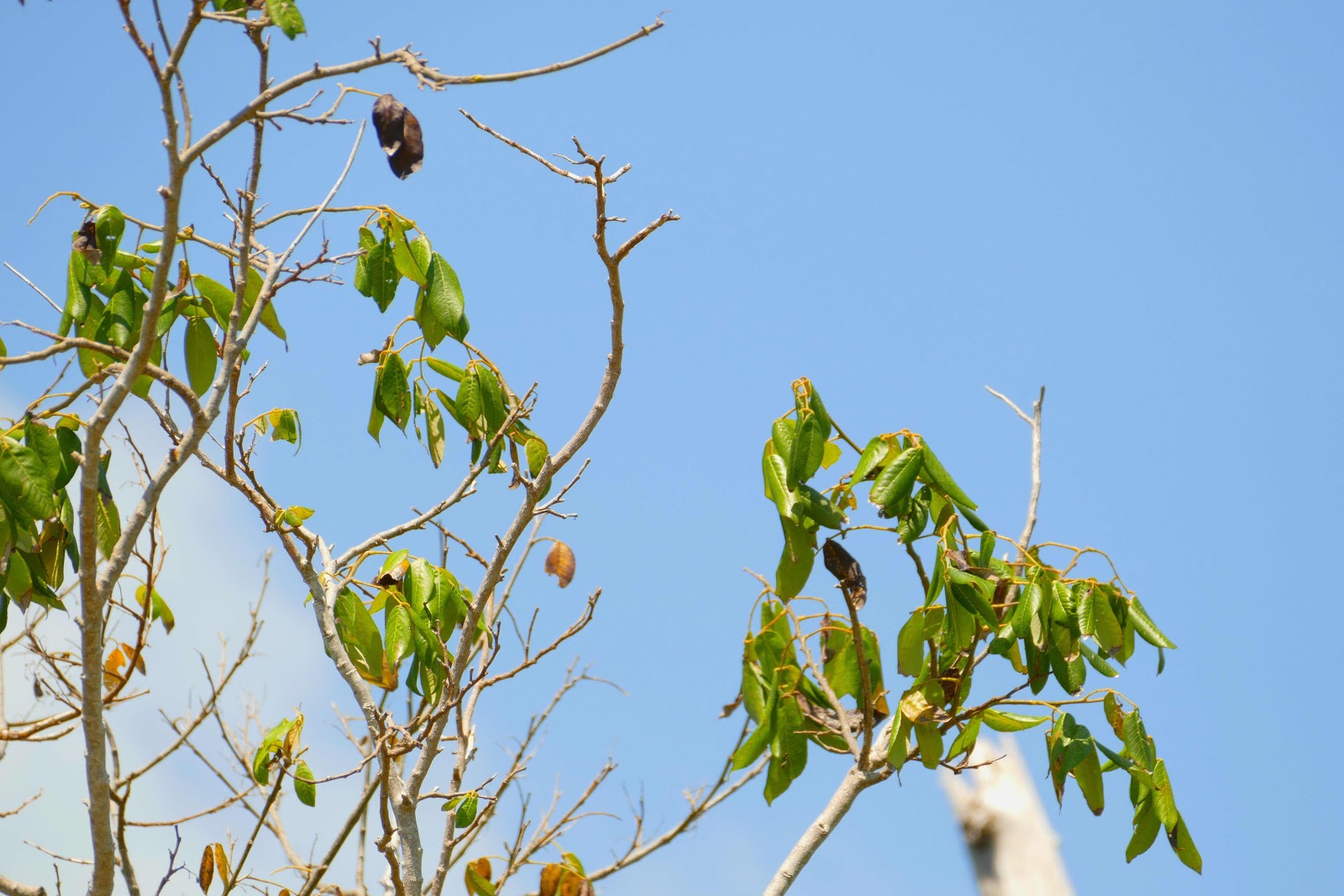 Back to the Sun Sentinel linked above. Granted it's the newspaper of record in the blue dot that is southeast Florida but still, their list of ten outstanding accomplishments for the state legislature this year does not speak well to Florida's state legislative process. 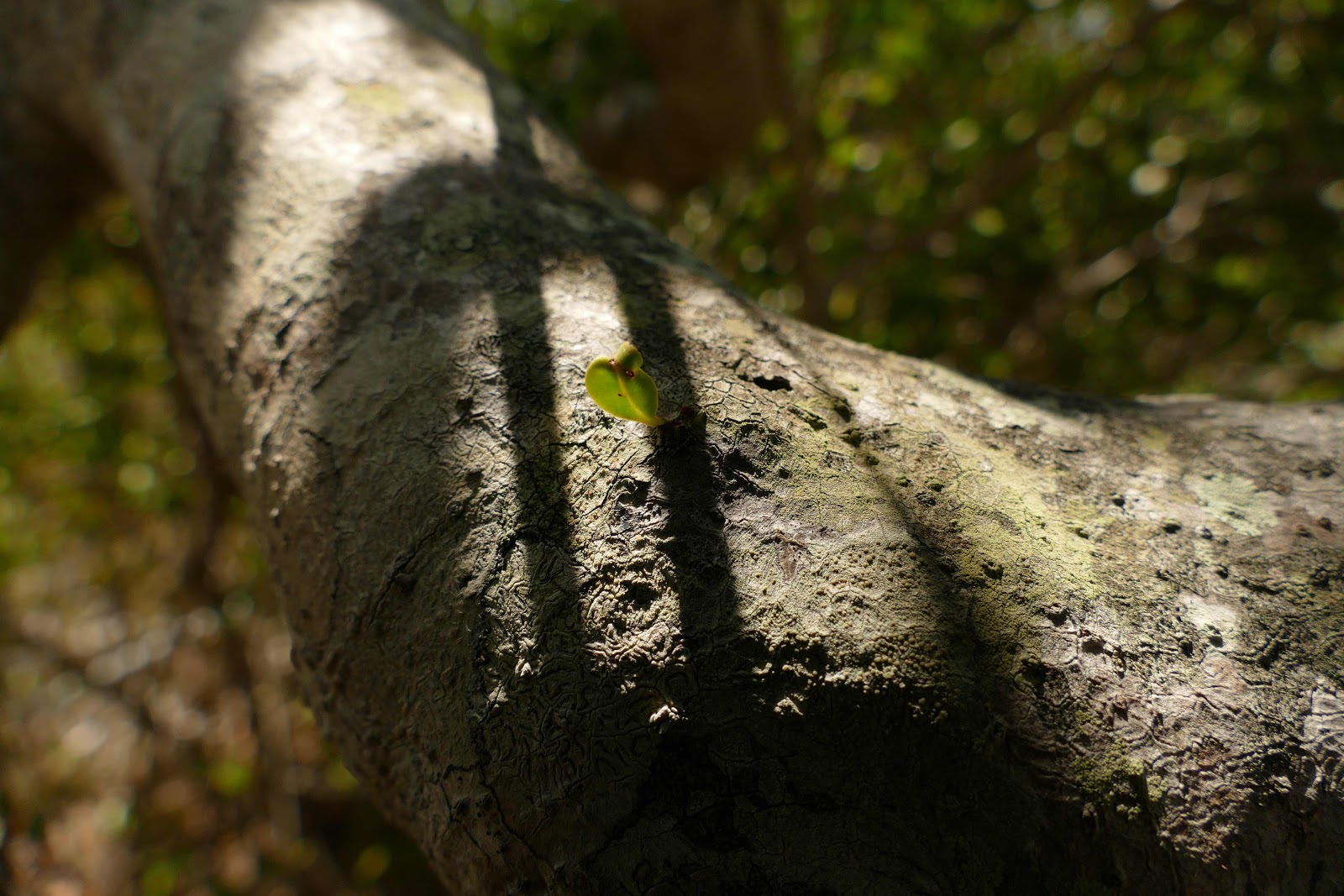 Where to begin? Let’s start at the beginning with House Bill 1, the No. 1 priority of Gov. Ron DeSantis. More than any legislator, the governor bears the most responsibility for this shameful body of legislative work. His fingerprints are everywhere.

‘Anti-riot’: A trifecta of stupidity: a racially motivated attack on citizens’ First Amendment rights, a national embarrassment and a disaster waiting to happen. Under the pretense of public safety, this law provides legal immunity to crazies who drive SUVs into crowds of protesters. Signed into law by DeSantis before a conspicuously all-white crowd, this monstrosity is a device to advance his presidential hopes. Floridians will suffer just so DeSantis can spout right-wing “law and order” talking points on Fox News.

Big Tech: Rubber-stamping another DeSantis priority, Republicans imposed new regulations on social media platforms with fines of up to $250,000 a day for de-platforming or censoring politicians (SB 7072). We condemn censorship, but Republican politicians are the last ones who qualify as protectors of speech (see HB 1, above). This is a distraction from the real problems Floridians face, a sop to Donald Trump and his followers, could protect hate speech and is probably unconstitutional. Lawmakers added a carve-out for any social media channel whose owner also has a theme park, which shows their real priority is deep-pocketed donors like Disney, not Fox News viewers.

Elections: Republicans won big in Florida in 2020, but they’re jittery about how many Democrats voted by mail. So they insisted on a partisan crackdown on mail ballots and the use of drop boxes that Democrats favored in 2020. The GOP shunned voter advocates and local election supervisors and silenced opponents at hearings in Tallahassee. These unnecessary restrictions will be attacked in court and should be. The state association of election supervisors said Friday the bill (SB 90) will make it harder for people to vote.

Guns: Even an NRA neutered by its own misdeeds can’t make lawmakers show any gun sanity. They legalized guns in churches that share property with schools (HB 259) and expanded a decades-old preemption of local gun regulations (SB 1884) by adding unwritten gun policies, such as verbal instructions to local police officers.

Preemptions: You name it, power-hungry politicians in Tallahassee want to control it at the expense of cities and counties, from guns (SB 1844) to energy policy (HB 919) to seaports (SB 1194) to home-based businesses (HB 403). The latter guts local oversight and makes it easier for the guy next door to open an auto body repair shop or massage parlor. It’s total overkill, a glaring contradiction to the small-government idea that government closest to the people governs best. If you want to fight City Hall, head for Tallahassee. 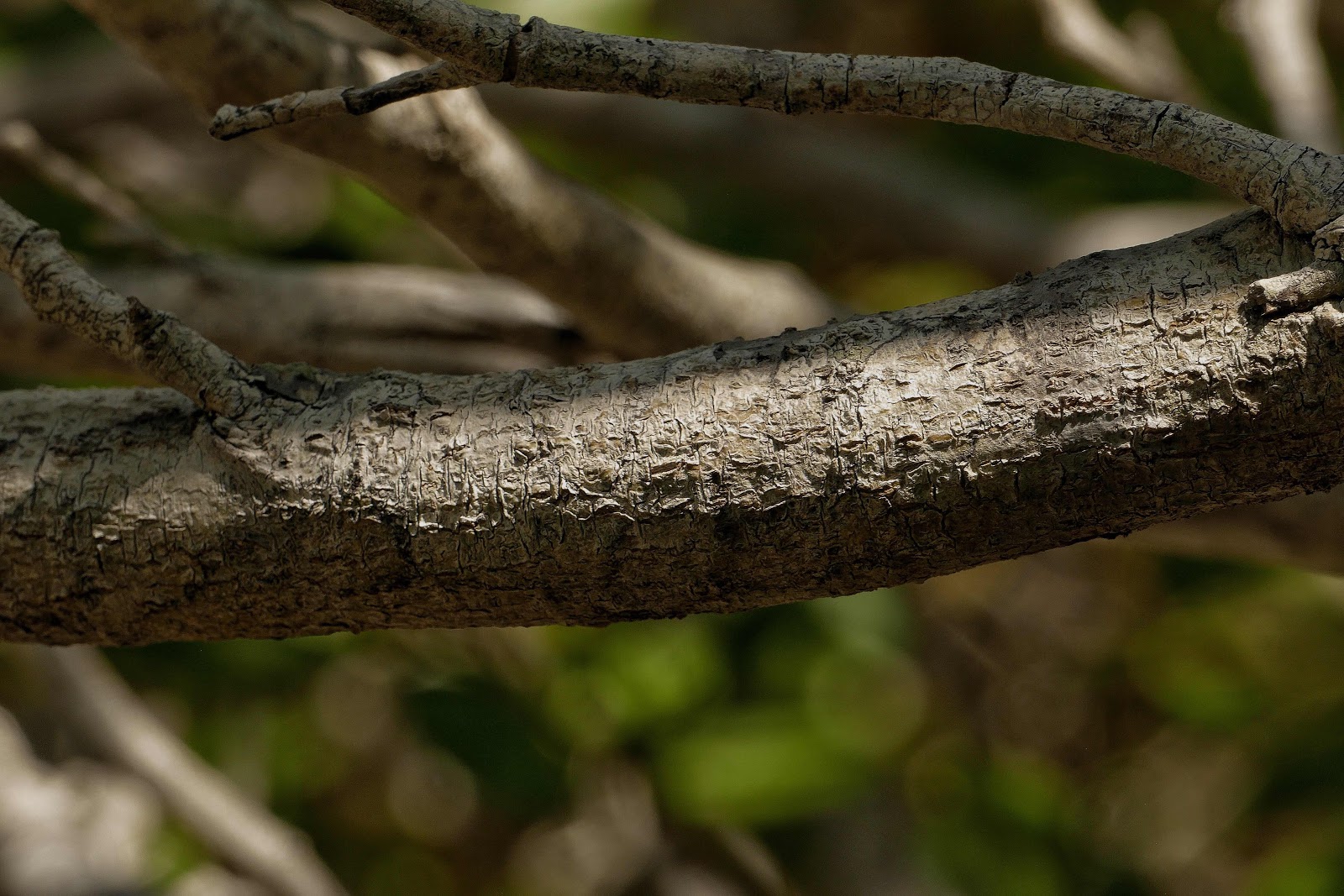 Transgender kids: For sheer cruelty, this one beats them all. Republicans revived a bill thought dead and used their raw power to ram through a ban on transgender female athletes competing in girls’ and women’s high-school and college sports (SB 1028), sticking it in a charter school bill. This heartless ostracizing of a marginalized community took place despite protests from Democrats, such as Sen. Victor Torres, D-Orlando, who made a deeply moving speech about his trans granddaughter. “We don’t need this!” Torres shouted. “But obviously some don’t care.” No, they don’t. 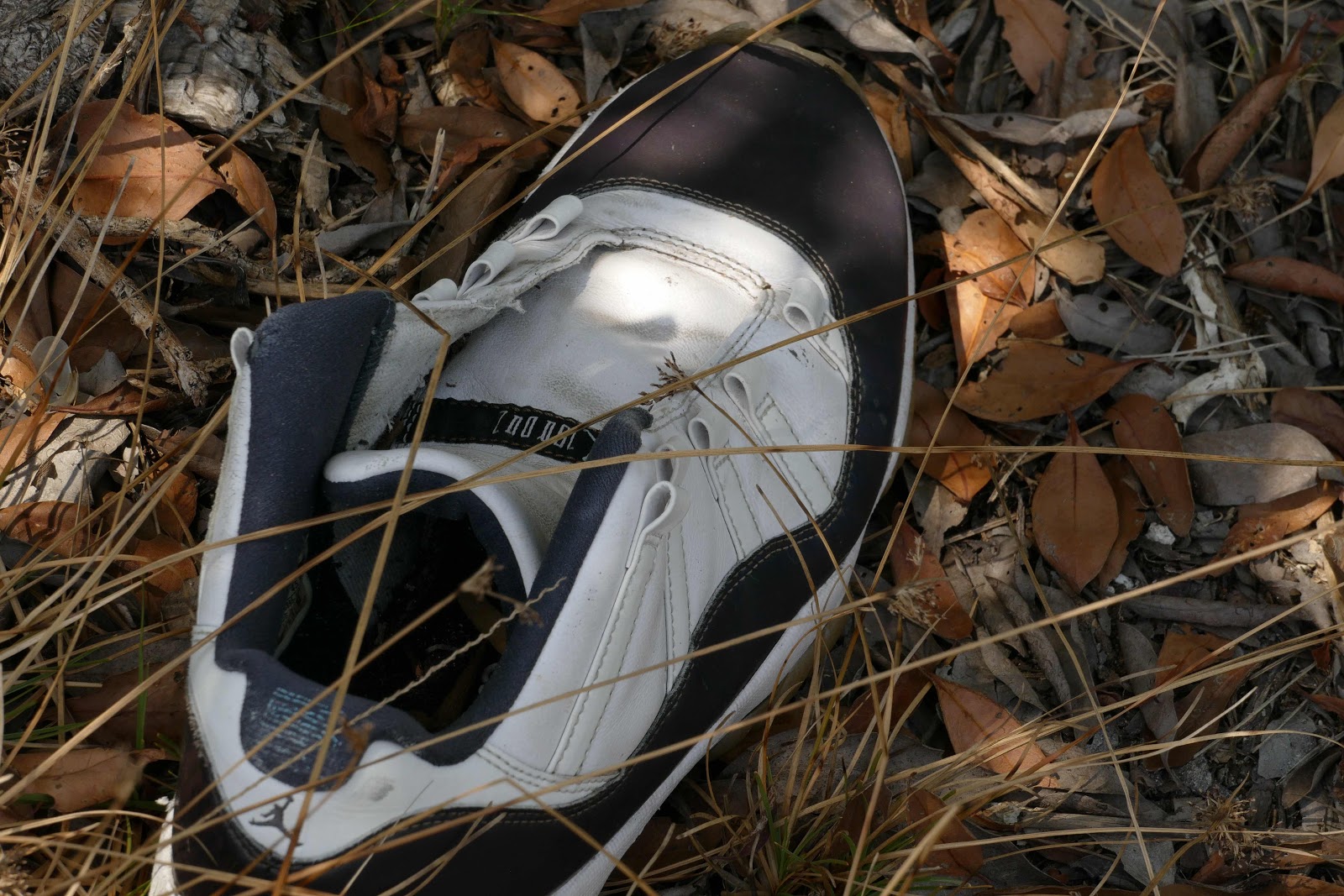 Unemployment: Despite billions of dollars from the Biden administration, stingy lawmakers refused to raise Florida’s jobless benefits. They will remain $275 a week for a maximum of 12 weeks, among the lowest of any state (HB 1463). And the long-overdue collection of sales taxes on sales by out-of-state online retailers (SB 50) won’t help working people. The $1 billion a year will replenish the fund that pays jobless benefits, making it a Republican giveaway to businesses who normally support the fund through unemployment premium taxes.

Vaping: Republicans tried to fool the public into thinking they were doing something by raising the age to smoke and vape from 18 to 21 (SB 1080). But that’s already in federal law. What the bill really does is wipe out stronger local regulations to curtail marketing and sale of tobacco and vaping products (more preemption). To no one’s surprise, makers of e-cigarettes are reliable donors to political campaigns. (more kowtowing to moneyed interests).Vaccines: Pandering to the anti-vaxxer crowd, lawmakers banned so-called vaccine passports, making a misguided DeSantis executive order permanent (SB 2006) and trampling on counties where the COVID-19 virus has been harder to control — especially South Florida. The result means that businesses, schools and governments cannot force people to prove they’ve been vaccinated.

Vouchers: The privatization of public education continues. Lawmakers expanded school vouchers so more parents can send their children to private schools at public expense. A bill (HB 7045) consolidates two popular scholarship programs for special needs students with a third program for low- and middle-income families and expands eligibility to incomes of nearly $100,000 for a family of four. At the same time, lawmakers cut a $600 book stipend for some Bright Futures scholarship recipients.

This year marks the 25th year of Republican control of both houses of the Legislature. The GOP secured a majority in the Senate in 1994 and the House in 1996. This is no way to mark that milestone. The Florida Legislature is broken, and the only fix is at the ballot box, starting next year. 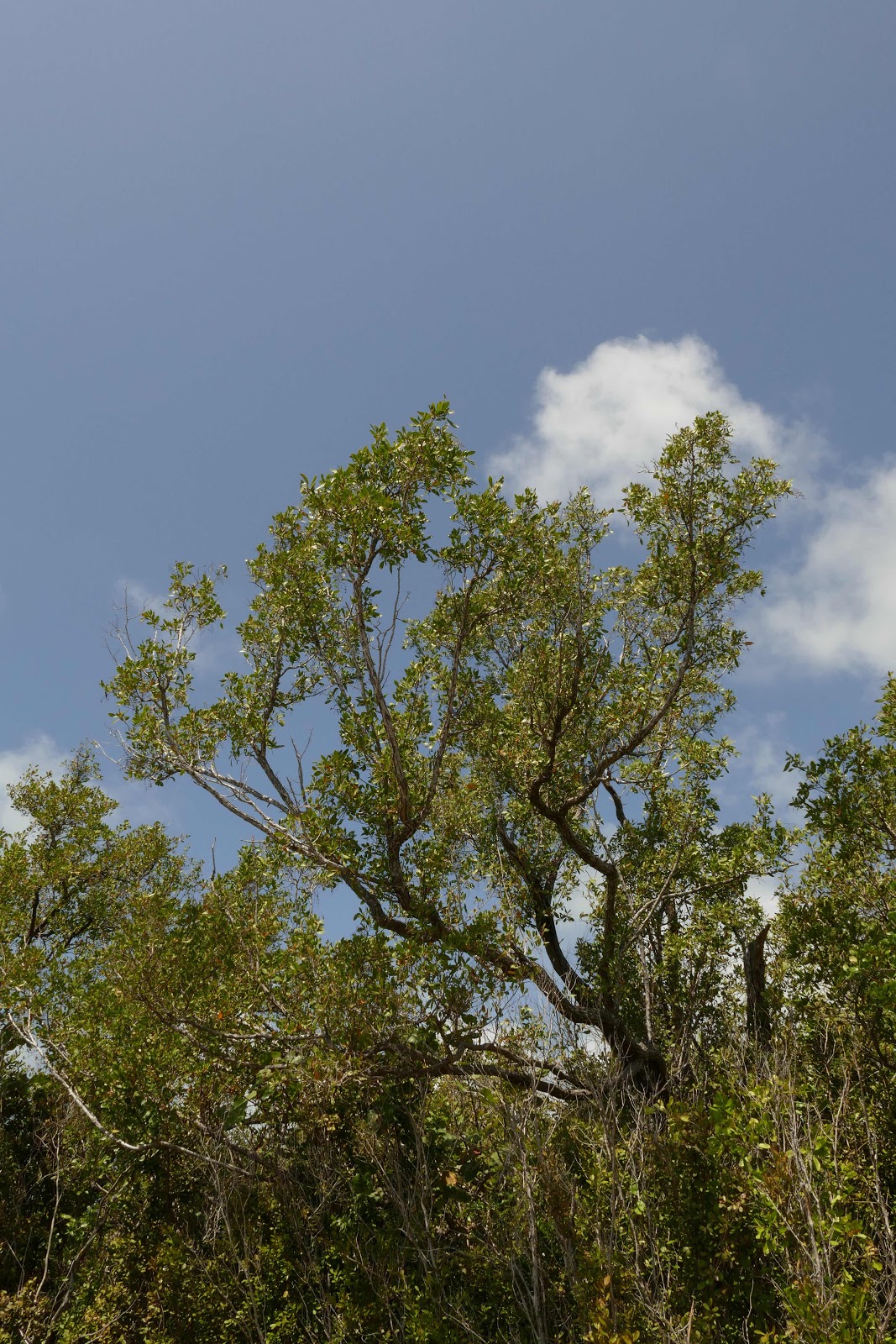 There is no real reason to expect Democrats will win, especially as the party is doing a sterling job of alienating Latino voters so more of the same can be expected in the next session next January. Until then the Cabinet governs with the Governor and only the Secretary of Agriculture and Consumer Affairs is a Democrat. Imbalance is the rule in Florida. 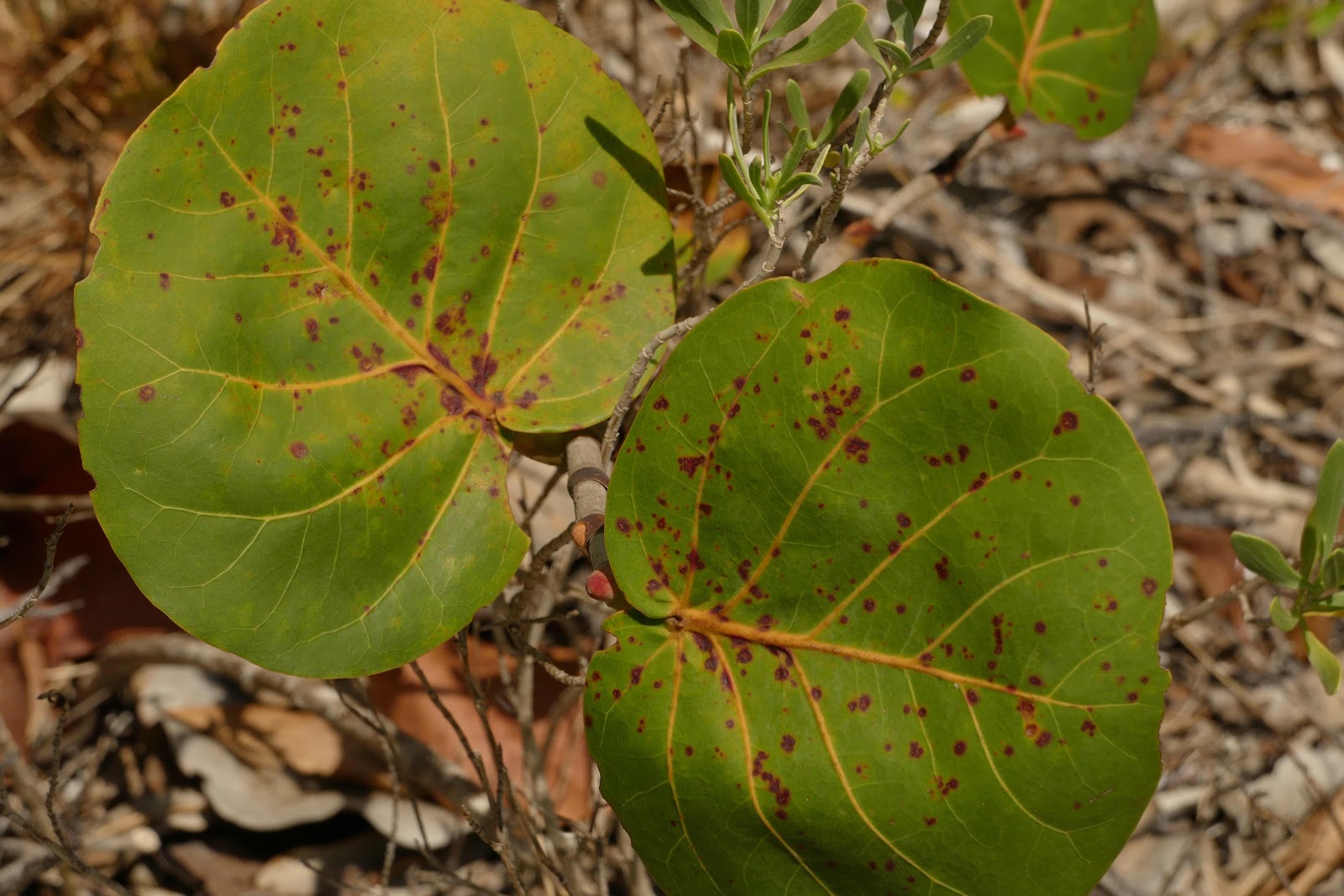 For me the good news is Florida is fiscally sound and has among the best funded pension plans in the country. They don't pay a ton of money but the money is there for the pay out, which seems a better outcome than a huge pension with no funds to back it in the style of California and Illinois. I feel slightly guilty that poor Floridians bear the bulk of the cuts in the budget but I have long been a  believer that term limits come at the ballot box so voting seems more crucial than ever for those seeking change.
I'd like to change the minds of people who park at trail heads in the turning space instead of parking 50 feet back on the side of the road. I will surely fail: 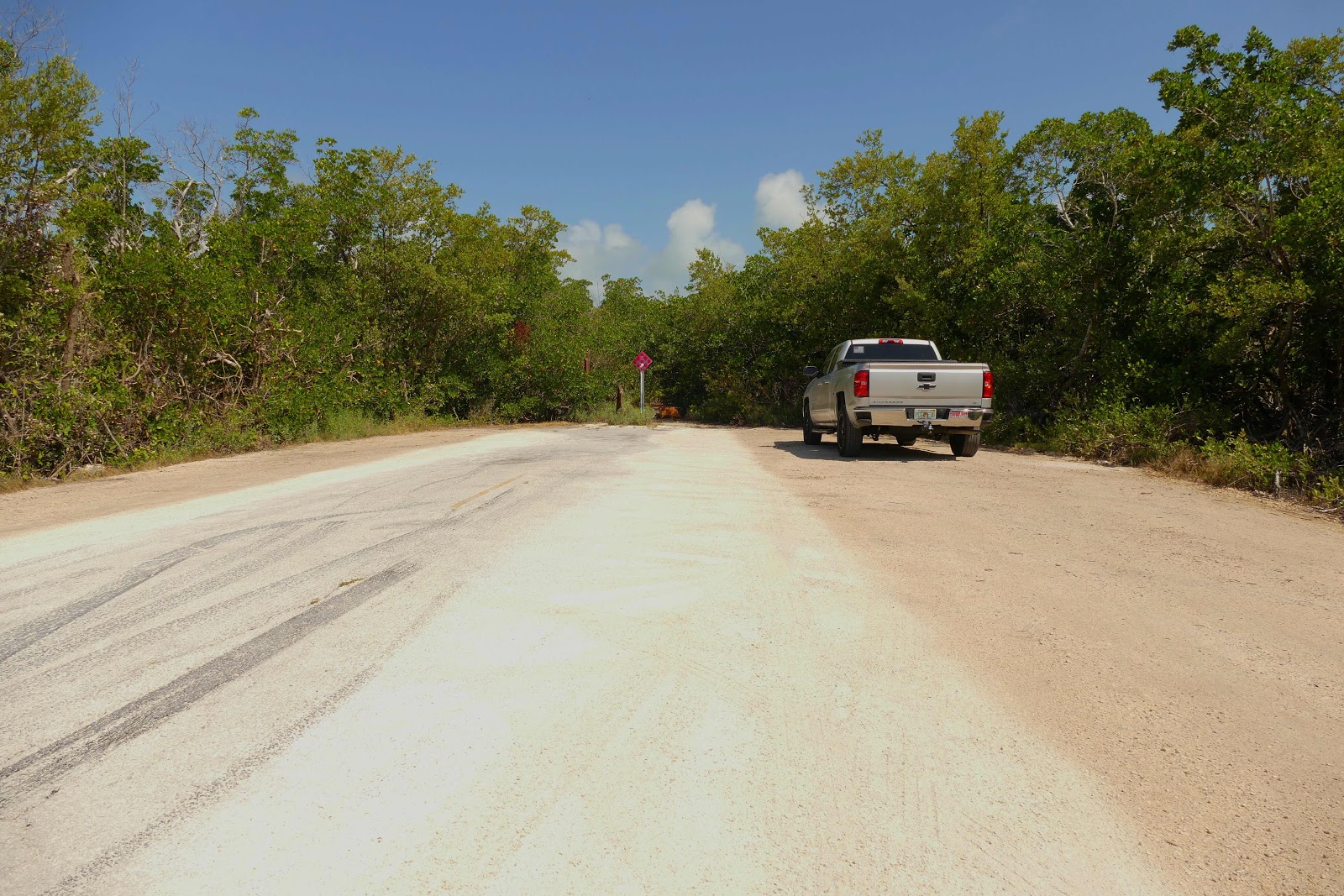 I suppose it's obvious that I rather like this funky strange state of mind, the place that the rest of the country makes fun of, or despises by turns. Things can always be improved and silly lawmaking can be overturned but as we wait for a change in the will of the voters we have that other side of the state to enjoy, and the weird stories and the bizarre eccentricities to keep us amused as sea levels rise and all this lovely weirdness faces the very real possibility of one day being submerged, much to the relief of strait laced people everywhere, them and those who hate mosquitoes and fear alligators. 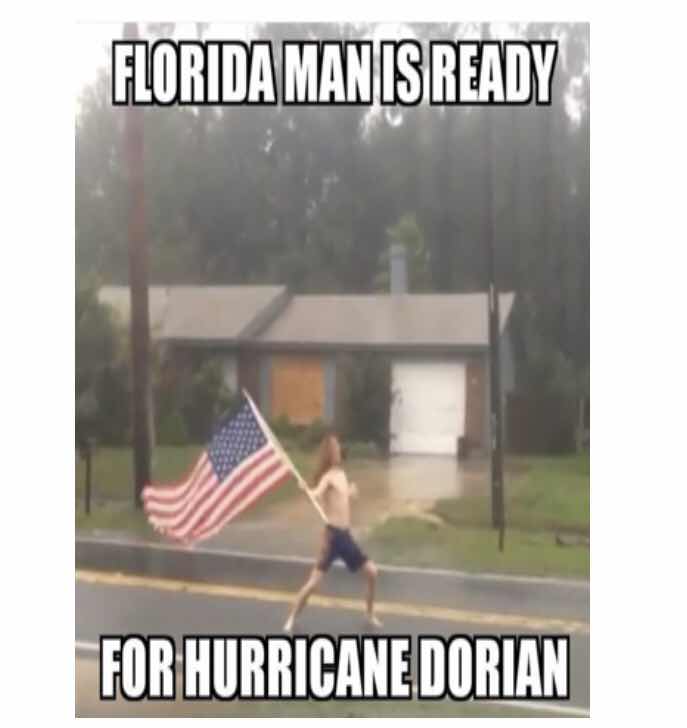 Lane Pittman from Jacksonville Beach went viral when this picture of himself preceded a hurricane of national interest. He sent the money he made to hurricane relief. That's the other side of the Florida Man stories, the good stuff no one tells you. This is still the state where the interesting stories come to be turned into legends.