I got a comment on the night decorations essay about how odd a reader Up North found it to see palms with Christmas decorations. Well yes, that seems reasonable. On the other hand if one were local literalist one would have to find it odd to see conifers and snow in Palestine. 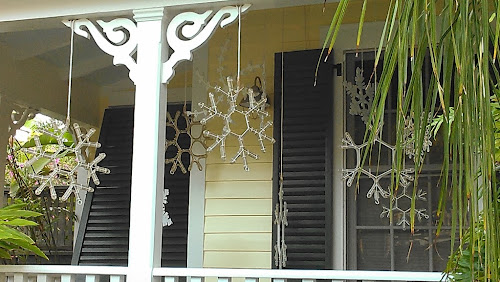 Nevertheless these symbols are practically universal in the age of television of electrons so we see these for trees and stuff everywhere and we all know. What they stand for. 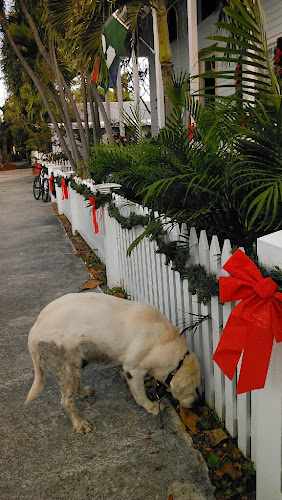 This place used to be an elaborate palace of decorative efforts but the elderly occupants as I recall decided they had had enough of the effort and nowadays a drooping flag is as much color as one sees. I understand their decision, time passes for all of us, but there it is. 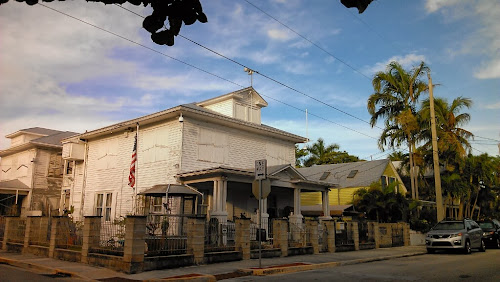 And Mature provides where humans fall short. Bougainvillea is not exactly poinsettias but they look the part. That one can buy poinsettias here like anywhere in the US is all part of the universal oddness of Christmas. 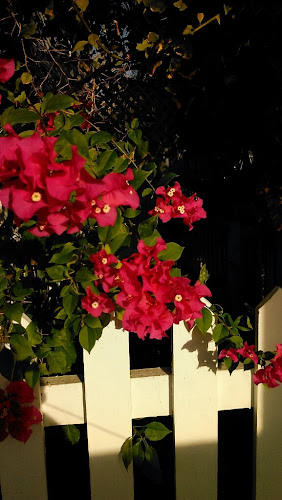 The deflated Chrostmas decorations are the worst. They seem so undignified and their time on display isso limited... 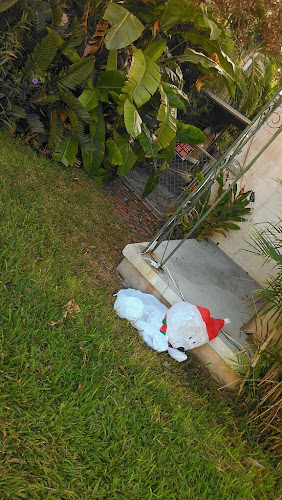 This one needed no inflating though I thought the frown was a bit...unseasonable. 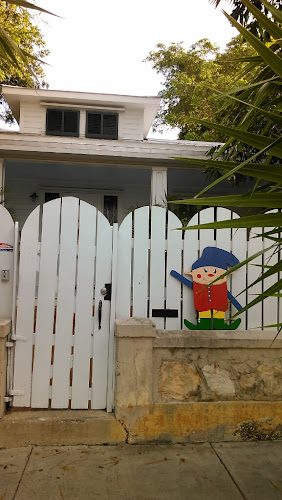 Ah yes, Palestine year of our lord, year zero as represented by snowy windows. Actually I thought this view of a business window on Truman Avenue Key West, year 2013 looked quite passably like a representation of a Victorian scene from possibly the well worn Christmas Carol story set in 19th century London. 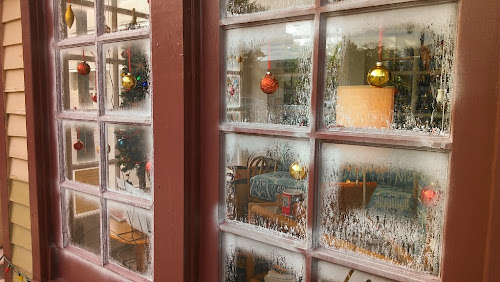 I liked this attempt at a recall to the religious sentiments of the season, however it is I suppose up to me the atheist to point out that the resurrection story is a little later in the cycle of holidays. Even the son of god has to be born before he can be resurrected. 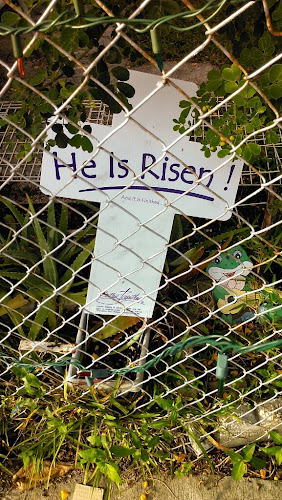 And here we are, not Palm Sunday, just Key West... 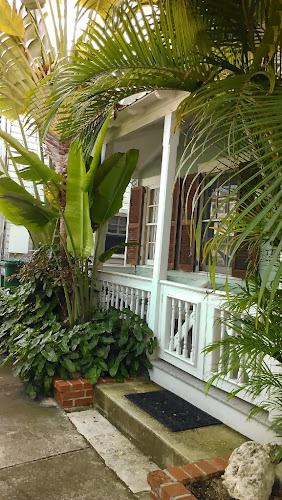 As a Christmas scene it does come up bit short doesn't it? All thanks to our inbuilt expectations of snow and sleigh bells and pine trees and scarves and thank you very much Charles Dickens at al. Christmas doesn't feel like Christmas in Key West no matter how many plastic snowflakes you hang on the porch.