Key West needs another chain restaurant! Well, you wouldn't think so but I've never heard of anywhere quite like one hundred monta-deetos, a Spanish themed sandwich shop, that has landed in Key West on Fitzpatrick street across from Kino Sandals. 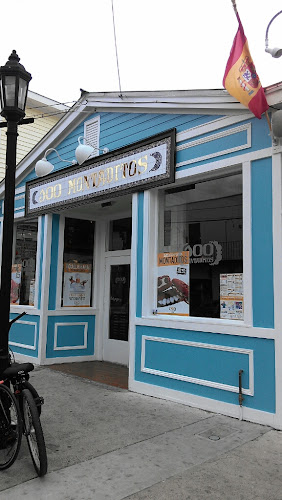 As locations go it's aimed at the tourist trade certainly but it makes for an interesting possibility for locals too, looking for a cheap and filling meal unlike any other in town. The chain is actually based in Spain and was founded in Andalusia in 2001 according to their website, in Spanish. They have 230 restaurants in Spain and sixteen elsewhere including Andorra, Portugal, Mexico, Colombia and... two in Miami and now one in Key West. So this is a chain but not like you'd imagine most chains to be in the United States and if you don't live in South Florida you won't see this place anywhere else in this country. So far. 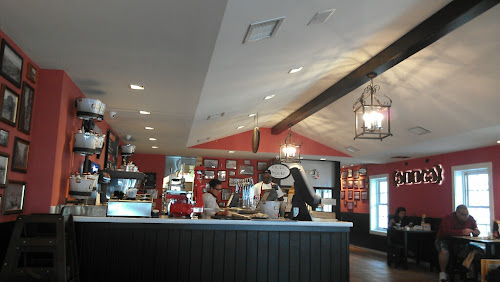 It's a pleasant space inside the restaurant both cheerfully bright yet welcoming. I ordered the food at the counter including a $3:50 mug of some Spanish beer of which I had never previously heard, Mahou, a light honeyed lager with a big frothy head on the mug. 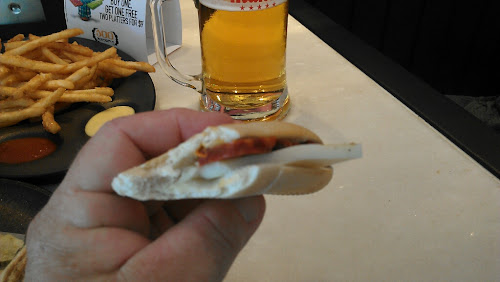 The sandwiches are simple European style small servings on proprietary breads with none of the usual American mustard-mayo-lettuce folderol. The ham shown below came with a delicious pesto dressing but otherwise they are very plain with first rate ingredients. And there really are a hundred varieties, including seafood and vegetarian, carefully labelled on the menu. You order by number and presto, sandwiches and chips with a side of fries appear as if by magic. 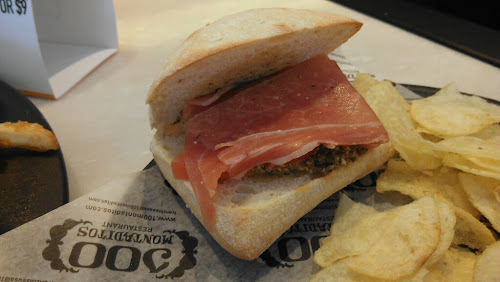 Ten dollars had me stuffed and the breads really are crispy and delicious. I liked the elderly Franco-era black and white photographs crowding the walls. They made Spain look like a 19th century memory buried in the recesses of my mind. I remember riding my motorcycle across Spain just after Franco died and I recall an air of suppressed enthusiasm as the country waited to see what the new King would do with a country grown weary of Fascist dictatorship. The photos seemed as far away as that motorcycle trip in my youth. 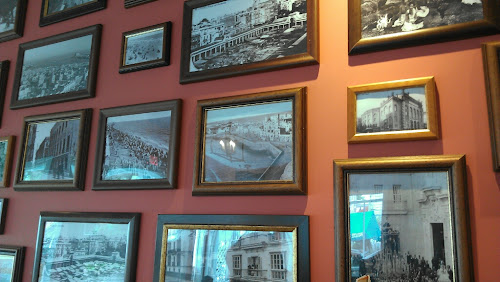 I liked this place a great deal and I can imagine a visit here with friends would open wide the possibility of sharing flavors and buying a much wider variety of the relatively small sandwiches to pass around for a bite. 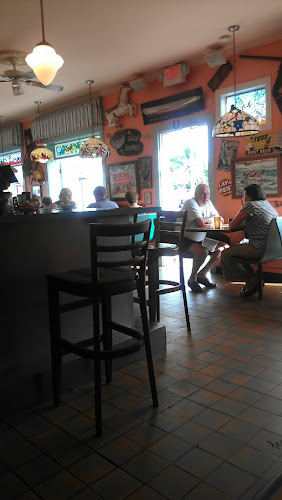 Bloomberg calls 100 Montaditos the "Spanish Starbucks" as executives plan to open 500 franchises by 2015 all around the Americas. Critics naturally think they are overestimating the speed of expansion. 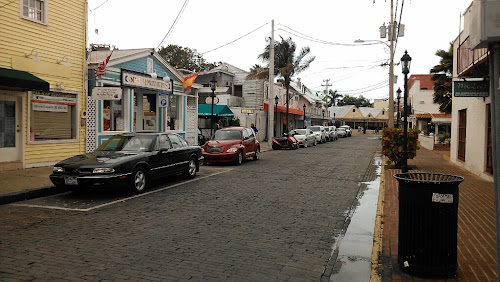 Meanwhile Key West has its own private sandwich shop on Fitzpatrick Street. Different and interesting and nicely done. Well worth a visit.