The US Capitol today and I look on in horror as we somehow turn this country into the sort of fake democracy worthy of countries we publicly like to despise. Cuba, Venezuela, and China spring to mind for their lack of humanity and decency and respect for the rule of law. Now we add Washington DC to the list. 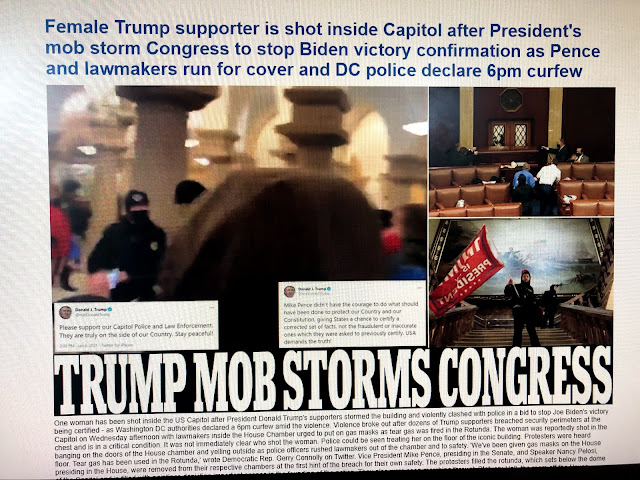 In an election where not a single local or state election official has contested the results or claimed fraud the President has wound up his followers to go so far as to attack the foundation of our government and take the halls of democracy by force. An act that required police to defend the elected representatives with guns drawn. My mind is boggled. 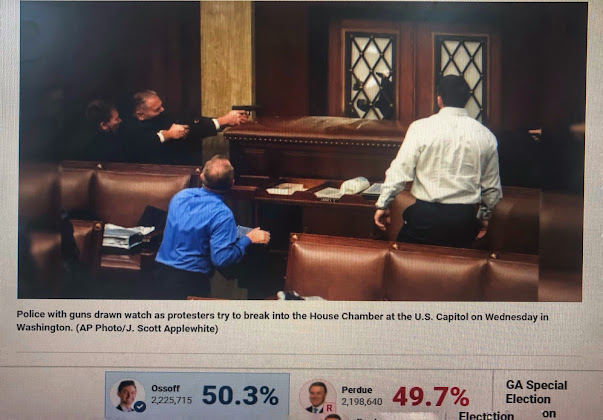 The actions of the president have gone far beyond bad taste into the field of banana republic coups d'état. And yet there are people who continue to support President Trump and his wickedness with excuses and deflections. If you are one of them I would ask you to stop reading this page. I hope my announcement that I voted for President-Elect Biden will have moved most away from this page but I see no merit in encouraging the belief that I will ever bend to seek compromise or conversation with traitors. 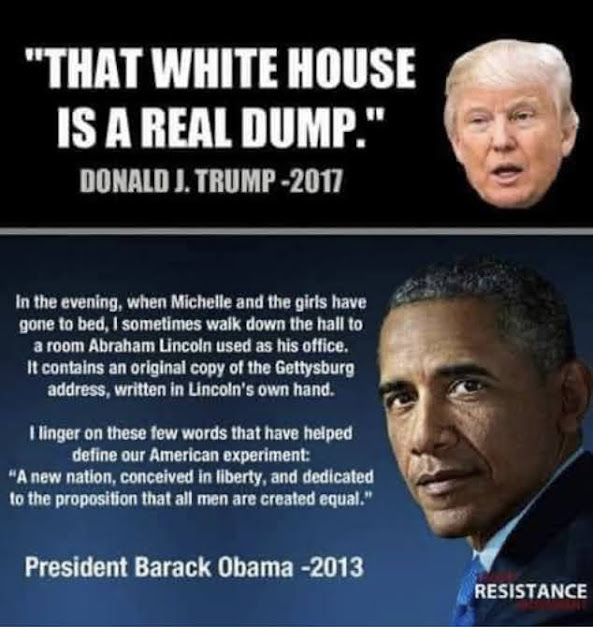 President Obama was not exactly my ideal in a President but I voted for him as the best option and he carried himself for eight years without a breath of scandal among his advisers in sharp contrast to the incumbent busy pardoning his associates. He also was articulate and respectful of the constitution, the history and the traditions of this great country. President Trump has soiled everything he has touched and he has done it knowingly and for his own gain and to forgive him any of it makes you unwelcome on this page. This is my diary, not written for money but for memories and as distasteful as today has been it needs to not be forgotten because there are more elections ahead.

Posted by Conchscooter at 5:35 PM

Tonight is Twelfth Night, not the Shakespeare play but the twelfth night after Christmas and it's an important landmark. That is because tonight must see the removal of the last of the Christmas decorations upon pain of some severe bad luck in the coming year. After 2020 no one needs any more bad luck this coming year. 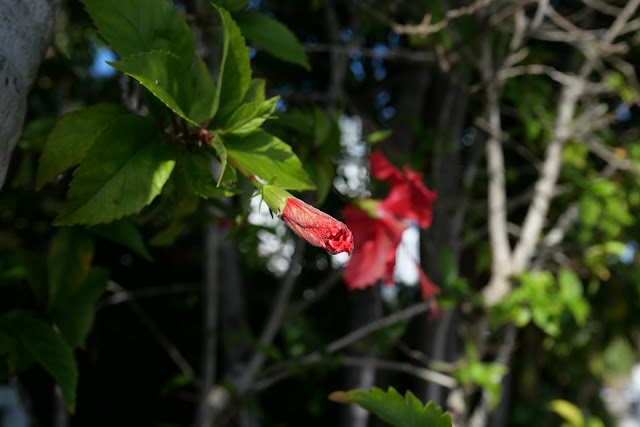 In the spirit of Twelfth Night I found a bunch of little red odds and ends around Old Town, and I photographed them as a nod to this auspicious date. In some cultures Twelfth Night is the gift giving night as it marks the arrival of the Three Wise Men in Bethlehem bearing symbolic gifts for the newborn King. When I was a child in Italy we celebrated the visit of the Befana, an ugly old woman on a broomstick with a sack of gifts.  One more inexplicable Christmas tradition. 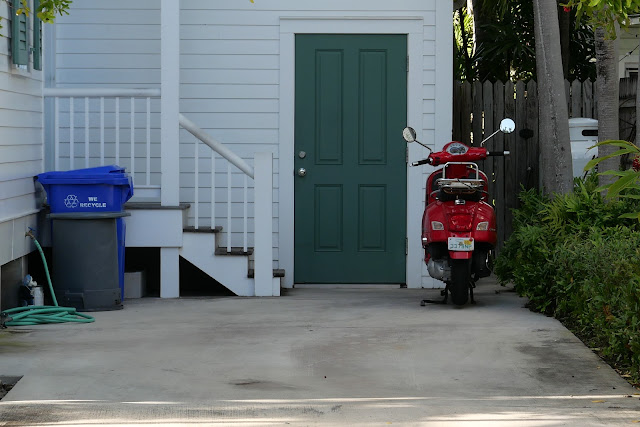 A fishing float used as a decoration is a common sight around Key West so  I can’t say for certain this counts as an actual Christmas bauble: 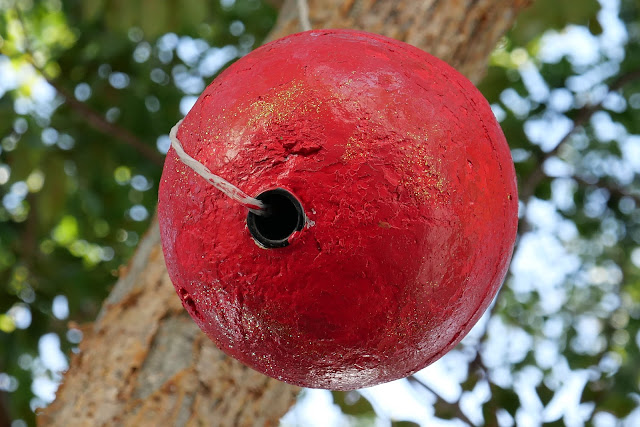 The stuff on the fence is decidedly Christmas stuff and therefore in peril of triggering gross bad fortune. 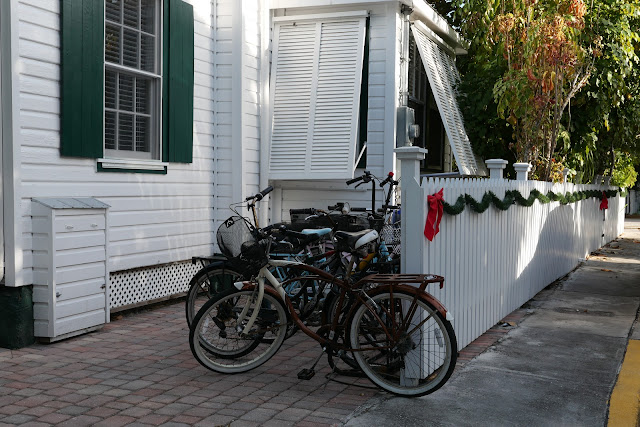 I like these old street signs, cement blocks at the street corners and there aren't many left but this one has a red stripe to forbid parking next to it. Red? Good enough for me to include in an essay on red things. 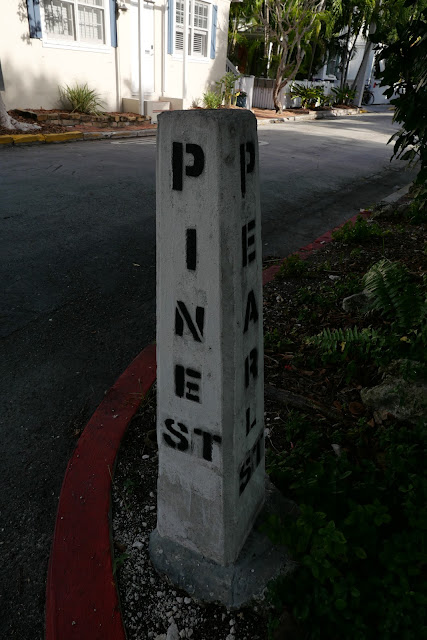 I could drive myself mad photographing every red winter flower blooming in Key West so I do try to show some restraint. 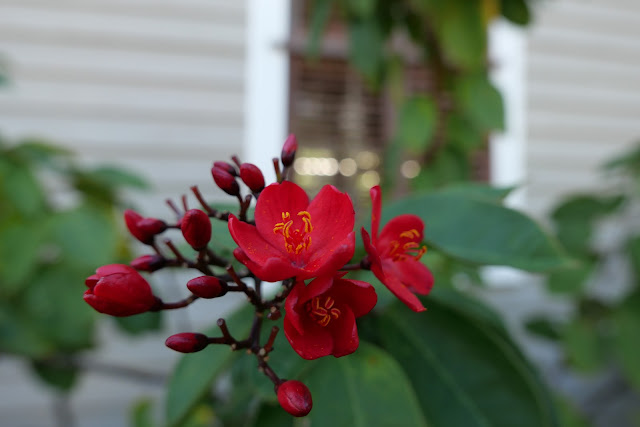 I liked this one below; social distancing required but only for humans. I guess wetsuits are free to bunch up. 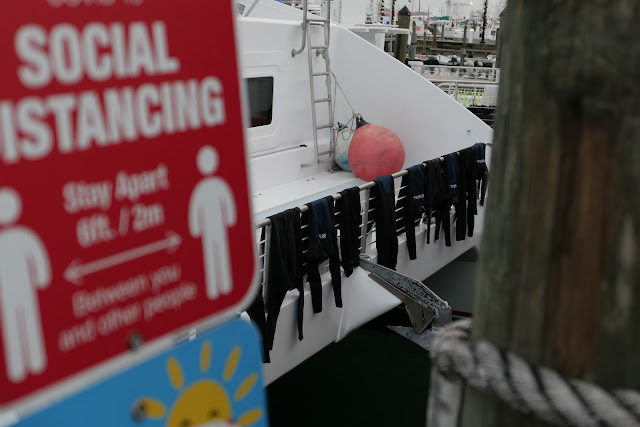 The morning after the night before, as usual, but in this case red: 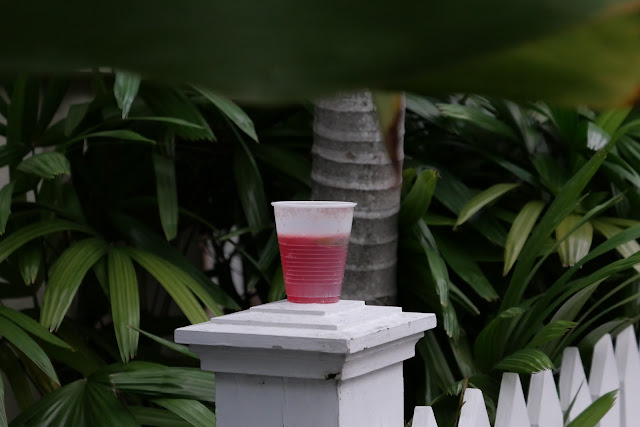 A nice use for a used beer bottle, seasonal too and I think this counts as a way to bring misfortune crashing down on your head. Has to be gone by tonight! 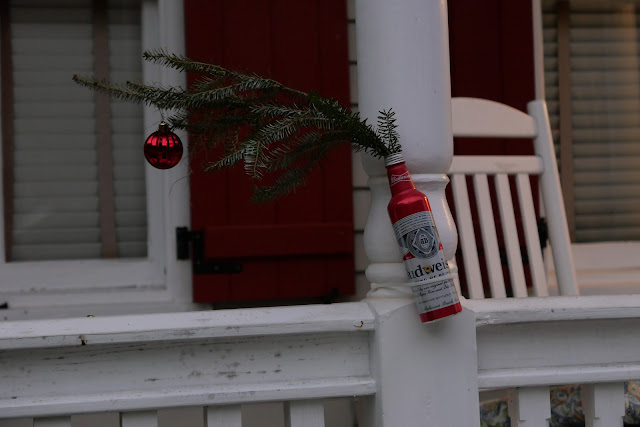 Fantasy Fest beads mixed up with Christmas sounds about right on a holiday celebrated any way one wants apparently: 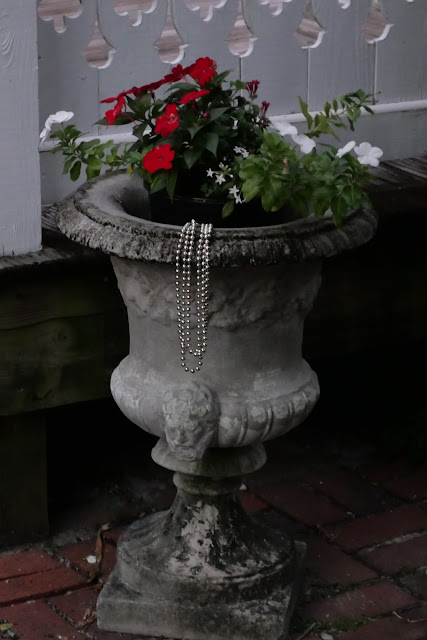 And to end we have a few official city decorations: 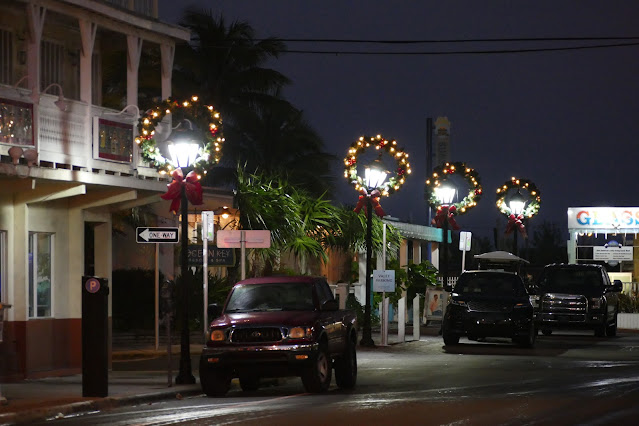 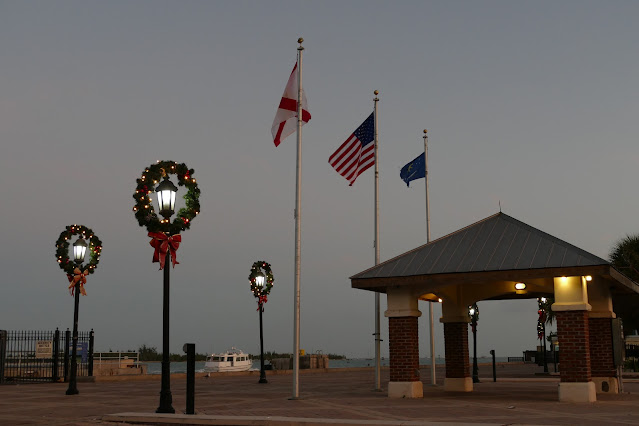 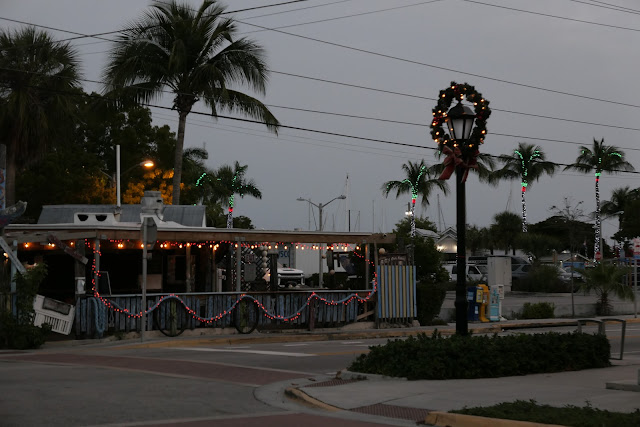 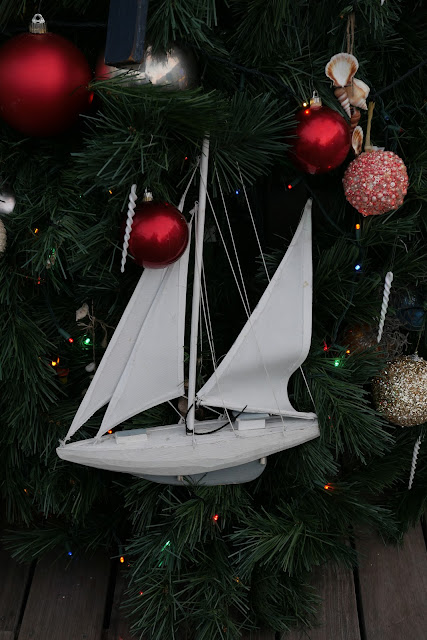 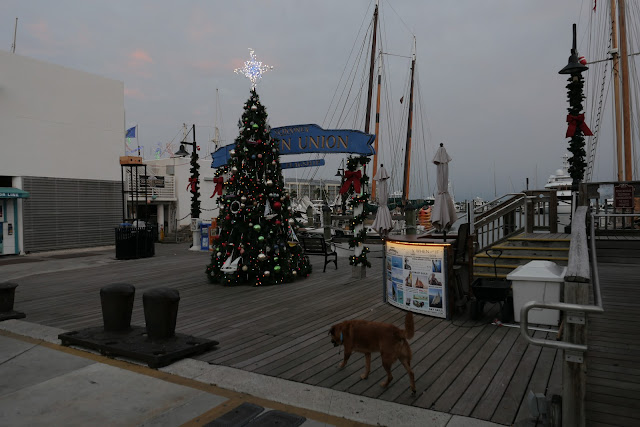 And of course Rusty.