Rusty does not gather praise and love everywhere he goes. He does seem to put the backs up of some creatures who notice his passage. 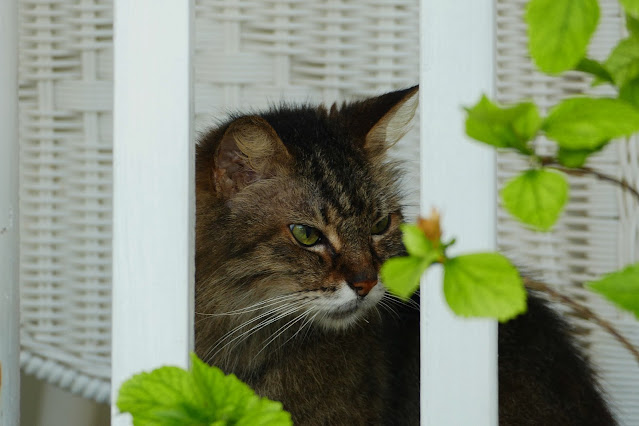 Walking Key West these days is a balance between seeing actual people or avoiding them and as Florida's virus count seems to be completely out of control I prefer isolation. Thus the shadowy abstract art... 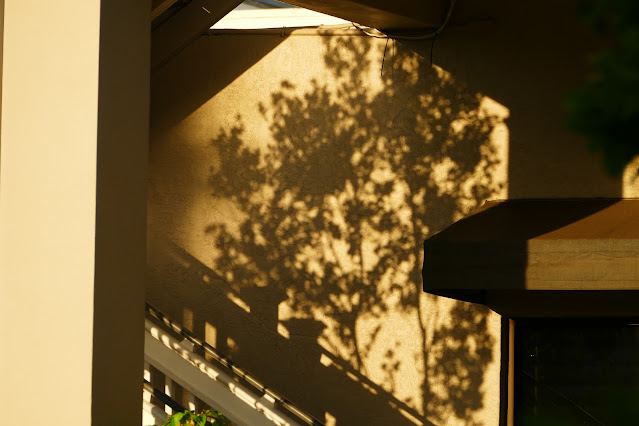 And the view across the harbor from the end (the north, lower end) of Duval Street with Wisteria Island across the water. It's named for a ship which sank on the west side of the island, barely visible at low tide but to locals it's known as Christmas Tree Island for the Australian pines that grow there ( and not much else). 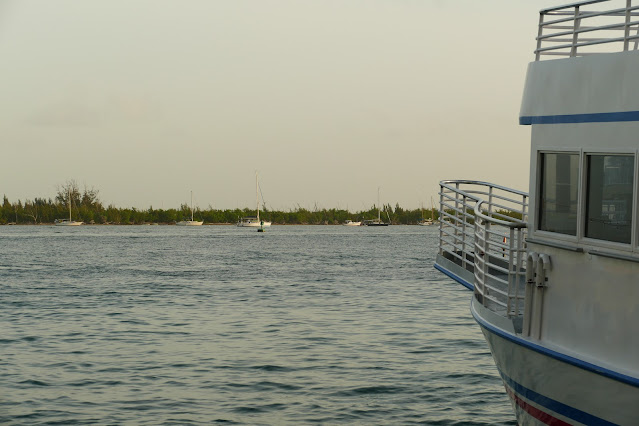 You wouldn't know it but the picture below is the window of Keys Energy on Grinnell Street reflecting the elaborate facade of the Park and Ride parking garage across the street. I thought it looked more like a church or public building than a multi story parking structure. 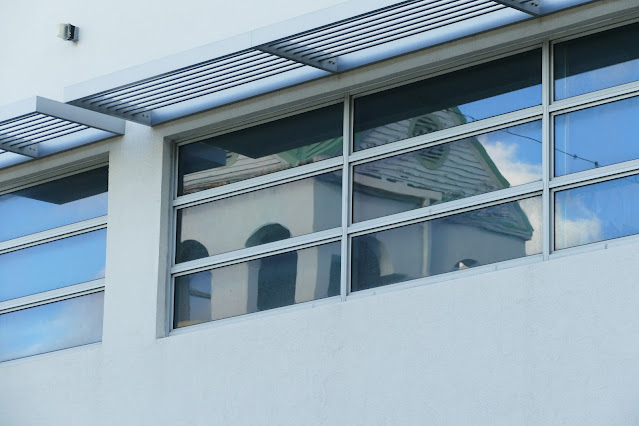 For some reason it was cat day. I include these pictures as someone mentioned to me they thought that the number of stray cats in Key West has declined even as the number of wild chickens seems to have increased out of control. I'm not suggesting there is some sinister connection...well actually may be I am? 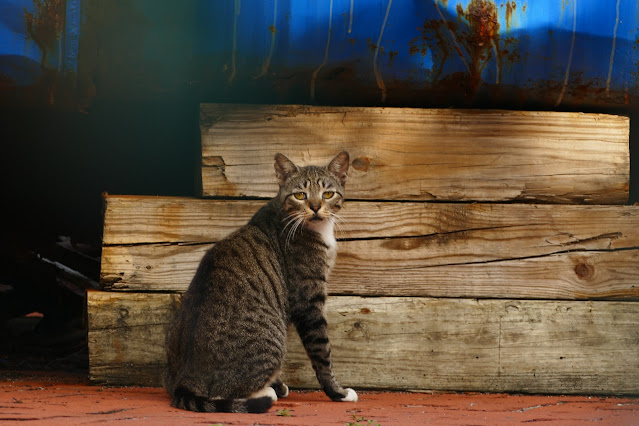 This lot around the Mel Fisher museum seems rather harmless. 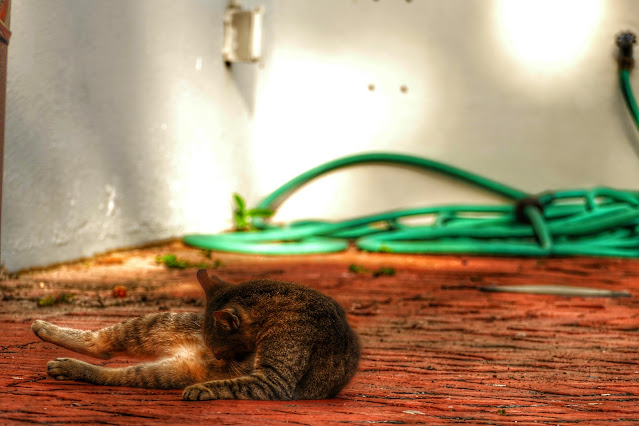 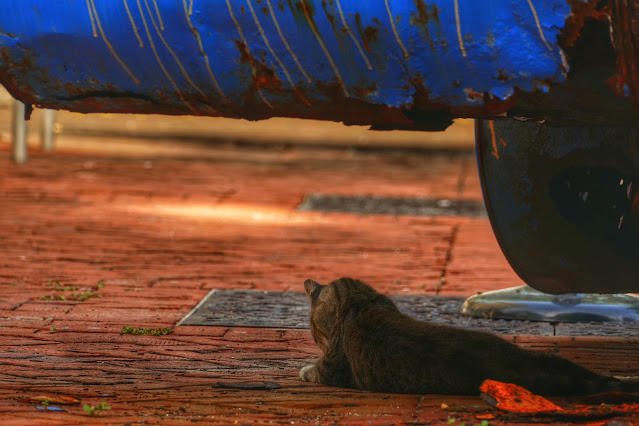 The wild and over heated pariah dog who crosses the street when facing a wild chicken maybe knows something about the cats' fate that humans have yet to figure out. 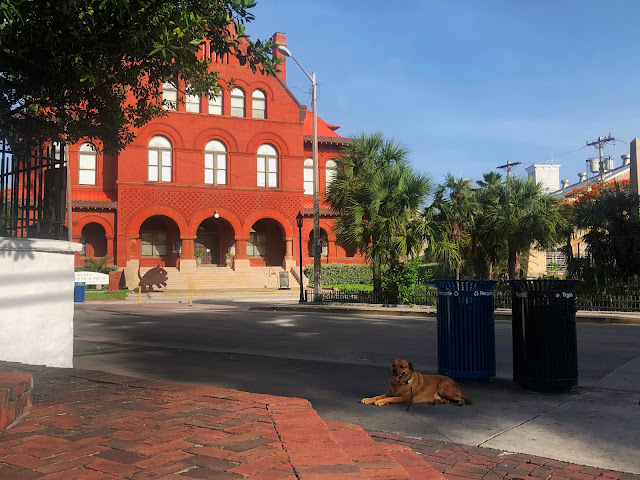