From five this afternoon until midnight tonight the 600 and 700 blocks of Duval will be pedestrian only. This plan has been years in the making and for some reason the city centered it in the middle of Duval Street, not in the two and three hundred blocks where the bars are located. 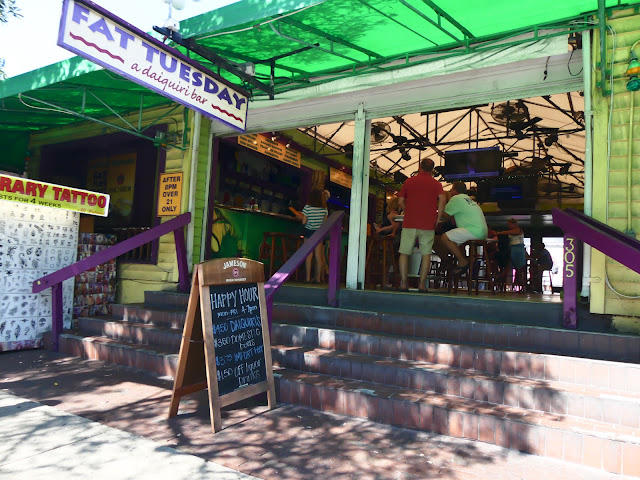 It has been going for several weekends, Friday and Saturday nights and by all accounts it has been a huge success with lots of people, plenty of cops on foot patrol and no problems. 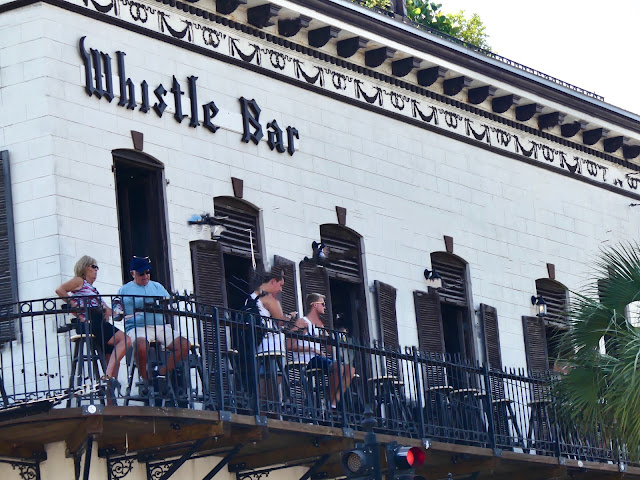 This plan was to end after the last weekend in April but now will continue into July to see if the winter success will continue during the quieter summer months. Business owners are clamoring for it to be spread wider on Duval Street next winter.  There is some opposition focused on the cost to the city for policing which amounts to about $5,000 a night. 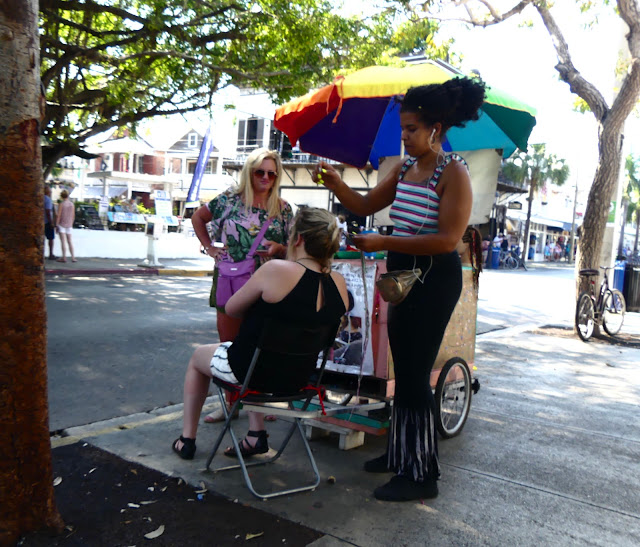 I enjoy wandering Duval and the side streets as I always find places to photograph on and off the beaten path. This is the back of the Red Ban theater, normally accessed from the 300 block of Duval Street: 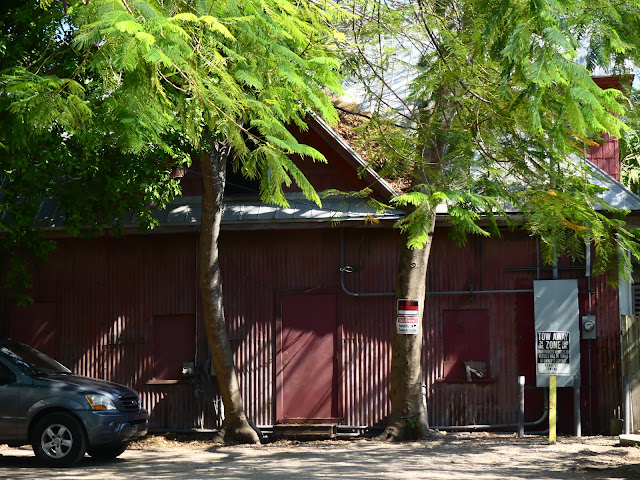 Duval, named for the first governor of the new territory of Florida after the purchase from Spain, always attracts pedestrians and bicycles as well as cars cruising. 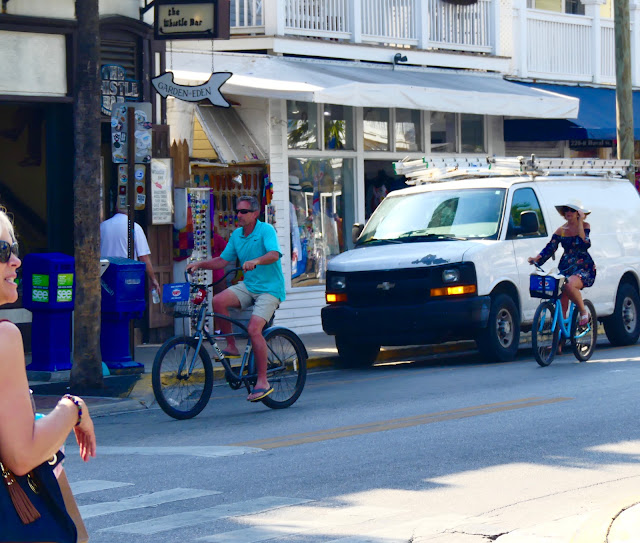 The idea with the mall concept is to bring locals back downtown as well as giving tourists somewhere to walk safely after dark. Not that Key West is particularly unsafe, it's just that a tourist town has to cater to peoples' fears I suppose. 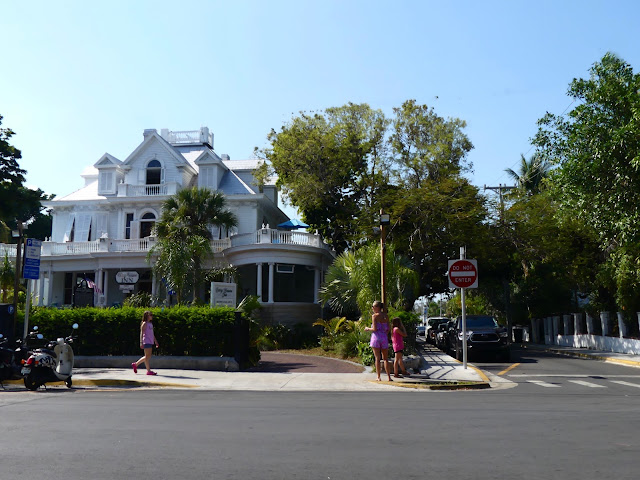 This is the Curry Mansion on Caroline Street which is near the main section with the bars and when you see architecture like this downtown yu want people to pause and notice it. At least I do. 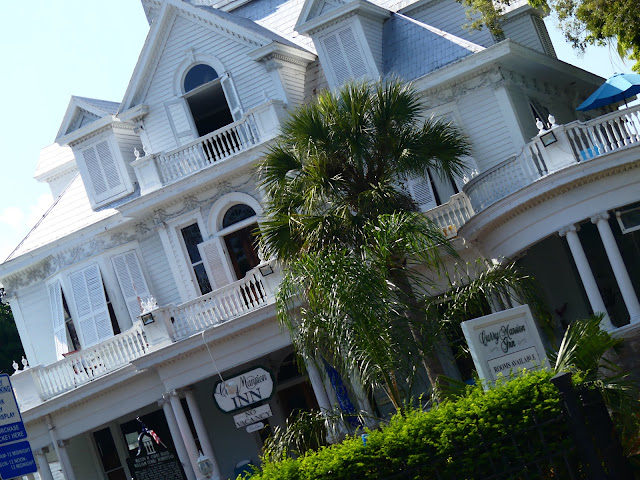 And there's a chimney for those cold winter nights... 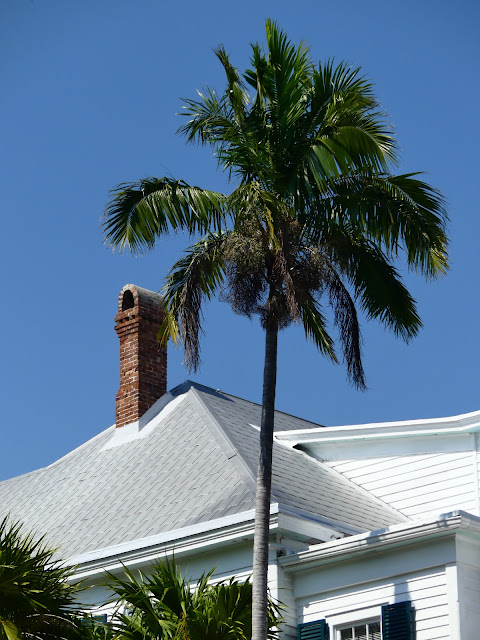 The barricades are ready for tonight's festivities: 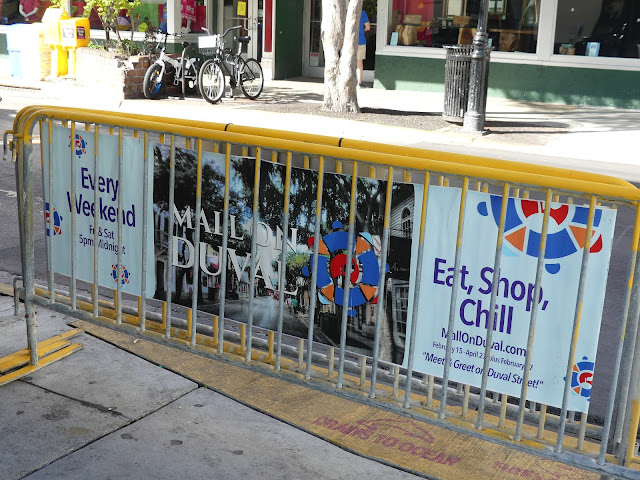 Eat, Shop, Chill...not a bad program for a weekend evening.
Posted by Conchscooter at 12:00 AM No comments: Links to this post