A Good Walk, A Bad Ending

Stock Island was the place to walk as there was a bicycle road race blocking Highway One and I had no patience with the stationary traffic approaching the sole bridge into Key West. I turned south and stopped at Bernstein Park, where I found an abandoned bus, Academi - Wikipedia, the free encyclopedia. 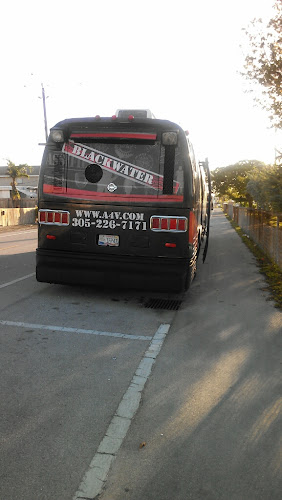 In god we trust read their license plate, which seems a rather odd depository for the trust for a bunch of mercenaries but we live in confusing times. The sign below struck a chord in the latent ex-farmer within. The image of bucolic family farming under a clear blue sky was slightly at odds with the reality of suburban light industry that characterizes this corner of Stock Island. 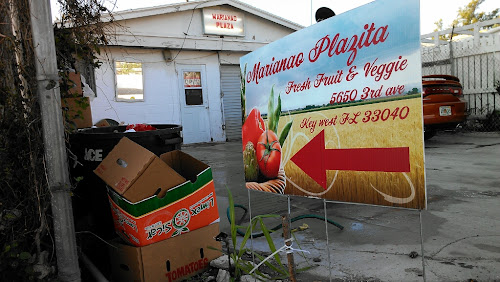 I tried to imagine how many different kinds of conniption fits the entitled millionaire snowbirds in neighboring Key West would have were a dredging company to casually park a few steel barges on the streets of Old Town. One can only assume the residents of the apartment complexes scattered around Stock Island understand the nature of reality and their place in it. 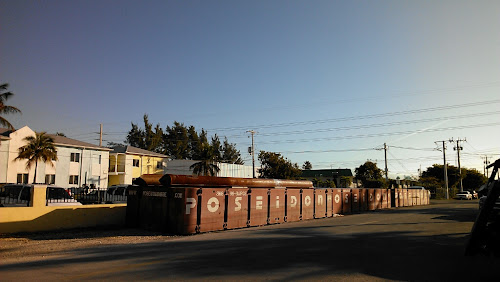 Somehow associating the unimaginative units of this complex with their location north of the a equator struck me as ironic in a light hearted sort of way. I've seen businesses boast of their relative proximity to the Equator as a selling point, but in this case central air seems a more desireable selling point than the bilious shade of paint failing to disguise the industrial design of Latitude 24. Landscaping anyone? 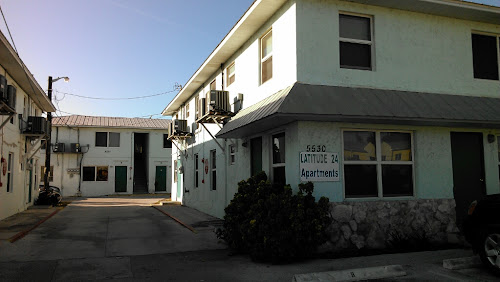 An eminently suitable sentiment expressed above a mud puddle in lieu of a sidewalk. 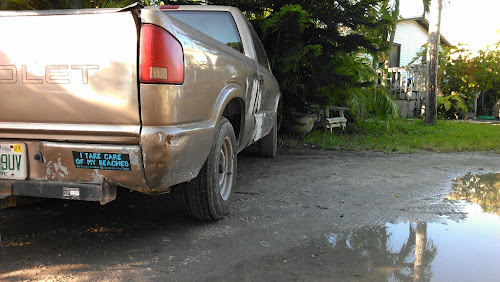 Returning to Bernstein Park Cheyenne and I found the national sport of Cuba underway to the sounds of sticks and balls whacking each other under the supervision of parents enjoying a weekend with their families. It occurred to me that but for my dog I myself would not be there either and at least Cheyenne most likely has missed her deadline to demand a college education from me, with all attendant expenses. Just as well as I have never framed a career for myself with such burdens in mind. 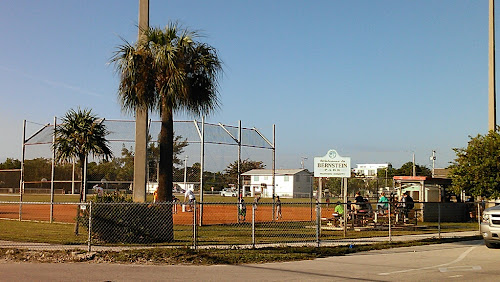 However dog ownership is not expense free as we discovered shortly after my return home with my hapless hound. She started trembling violently and hung her head in the style of an unmistakably ill dog. The veterinary hospital in Marathon a half hour away recommended we bring her in as soon as possible. She staggered downstairs and clambered into the car shrugging off any feeble attempt I made to help her. She curled up and trembled and panted putting the fear of disaster in our minds. Half way across the Seven Mile Bridge a sound like a blocked drain unclogging announced in no uncertain terms that Cheyenne was no longer holding down her breakfast. My wife, she of the sensitive stomach put her head out of the window like a dog seeking fresh air while I reached behind the passenger seat in an effort to reassure my unhappy hound. In the event I managed to grasp a half pound of warm wet lumpy dog breakfast now spread all over the sheet and towel that constitute Cheyenne's traveling bed. The three of us arrived in some disarray in Marathon, in our individual states of despair. 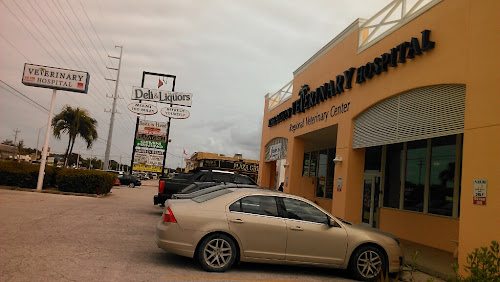 The vet was brisk and efficient and diagnosed a scorpion or wasp sting, possibly swallowed by my snuffling dog. She gave Cheyenne a giant syringe full of Benadryl which immediately started to calm her trembling. By the time we left my hand was clean and my dog was taking an interest in her surroundings while my wife the family treasurer was eighty nine dollars poorer while still trying to stifle her own reflex desire to throw up on smelling the aroma of vomit. 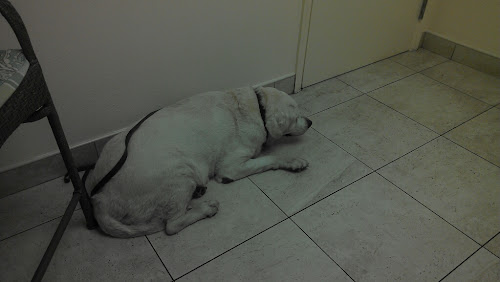 My wife traveled home with her head out the window while Cheyenne passed from this world to the Land of Nod where loud rolling snores are the passport to a happier state of mind. I kept my hands to myself and we got home in good order, more grateful than usual for the 24 hour emergency pet facility in Marathon. I was also grateful for a powerful hose and an empty washing machine which between them washed dog vomit out of our lives. 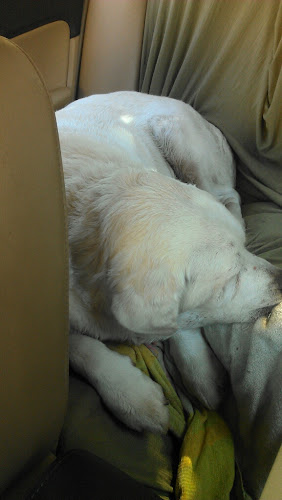 I am slightly annoyed at Stock Island especially as I was uncharacteristically fussy about keeping nosey Cheyenne out of puddles and crap as our feeble economy has made the streets less salubrious than ever with garbage liberally distributed and rotting alongside industrial machinery rusting and leaking fluids in the streets. And still Cheyenne got stung. But all is well that ends well and my dog gets better medical care than who knows how many billions of human beings.