The morning after the weekend before and it's a debris field surrounding the trash can. What is wrong with people? 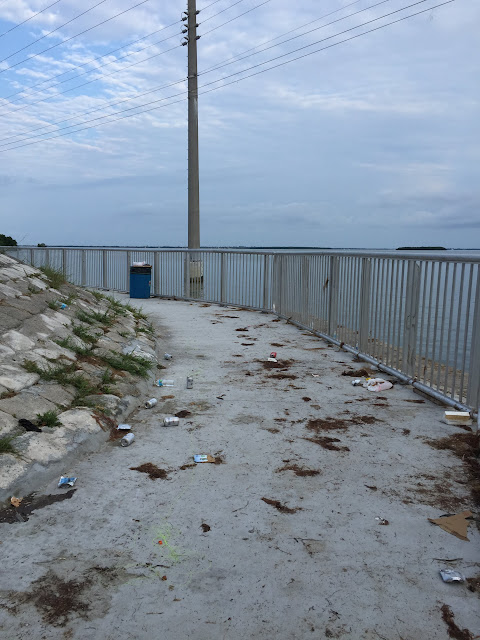 Quite a bit it turns out if pictures on my Facebook page are to be believed, pictures of abandoned and abused dogs. Rusty does not seem to miss his former street life one bit. 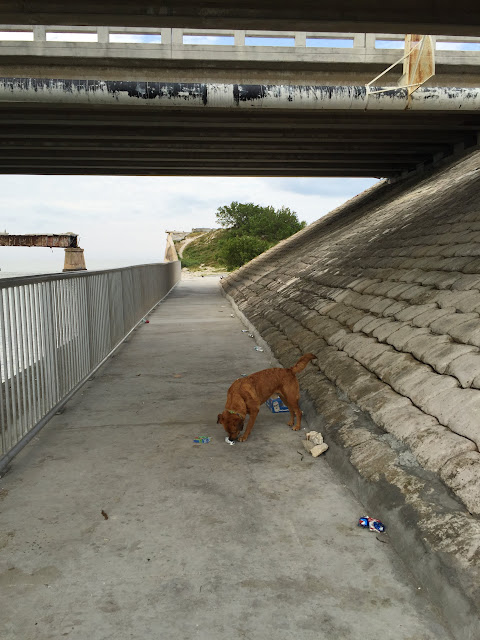 Once I struggled past the excesses of weekend anglers the west end of the old Bahia Honda bridge created quite the view under overcast skies. Rusty rooted around and I played with my iPhone's camera. 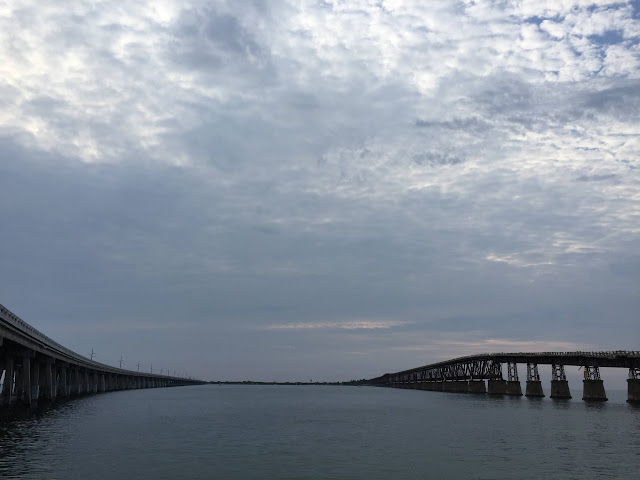 I find serenity out here, even right next to the Overseas Highway, the modern road bridge to the left in the upper picture. Traffic this year has been a  prolonged torture of people in long endless lines stuck behind one slow moving visitor after another, roof down enjoying island time at 40 miles per hour. Snowbirds are long gone and families haven't yet got school vacation time, yet the flow of cars into the Keys seems as thick and constant as ever. Staring at a silhouette of a coconut palm seems to help resettle my jangled nerves. 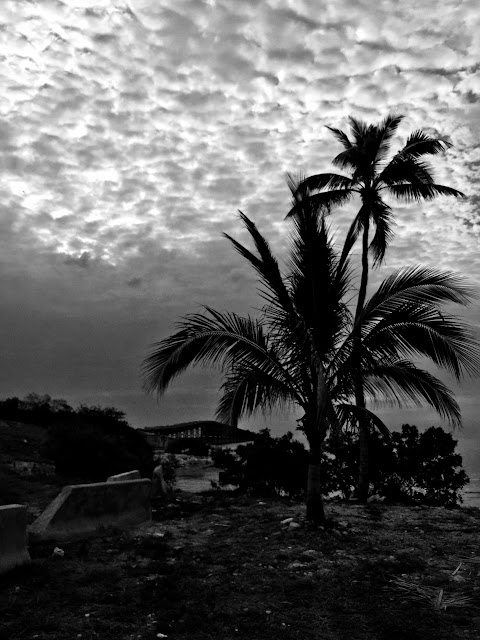 Further evidence if any were needed that summer is here is the occasional rain and the flat calm seas. 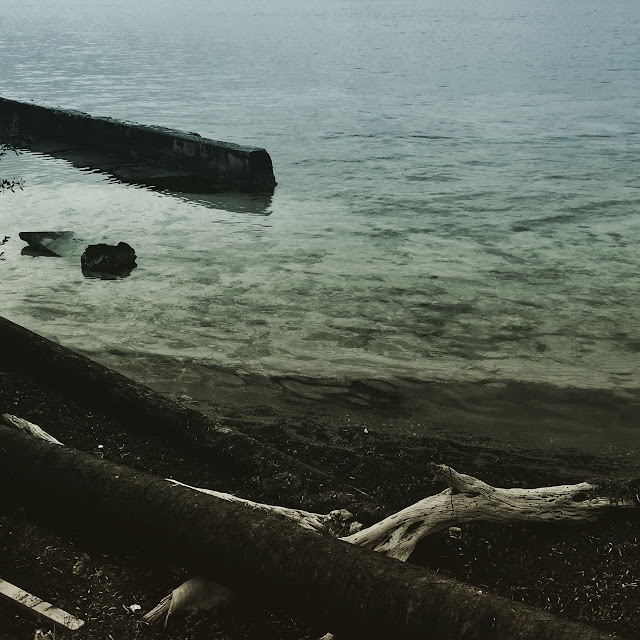 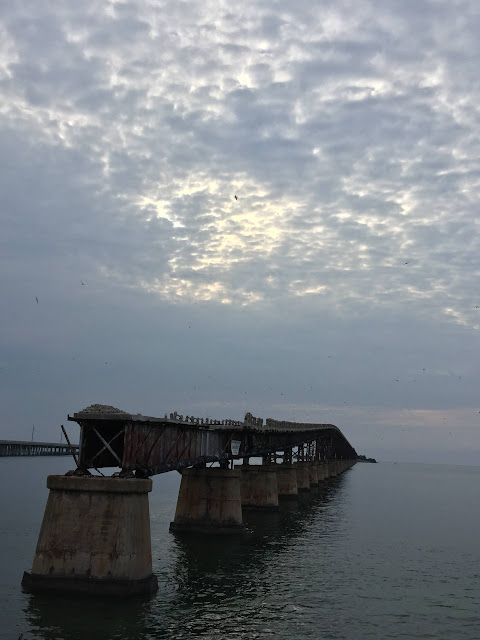 I watched Rusty running hither and yon enjoying his rural time, rolling in seaweed which meant a bath when we got home. He's got much better about bathing and a chicken strip is all it takes to soothe his frazzled nerves and damaged dignity these days. I call the baths the price of admission to this life. 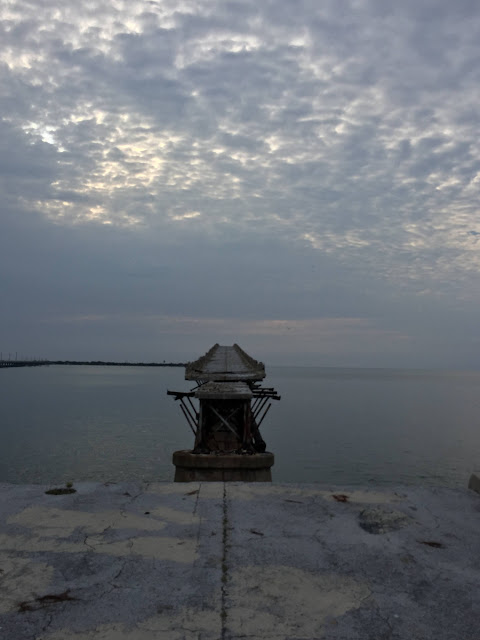 Happy dog taking a breather before the next series of mad dashed across the landscape. 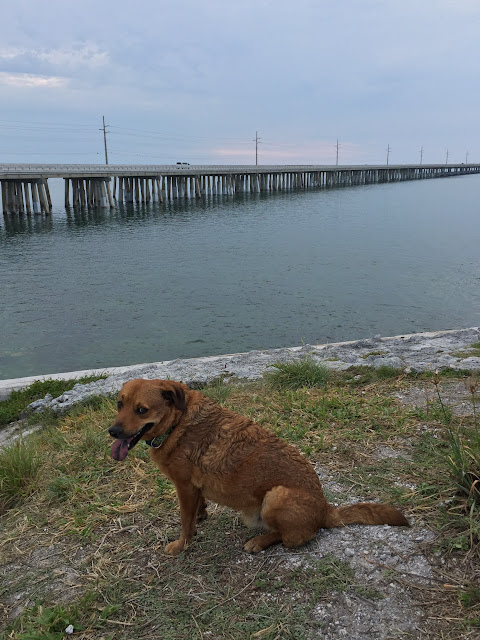 We took the flying walkway back to the car. The small speck is my dog checking things out. He makes me feel elderly and slightly inform as he sits from time to time, and waits for me to catch up. 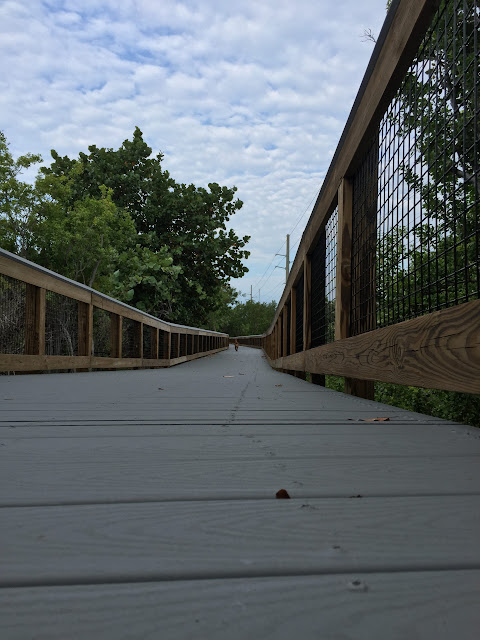 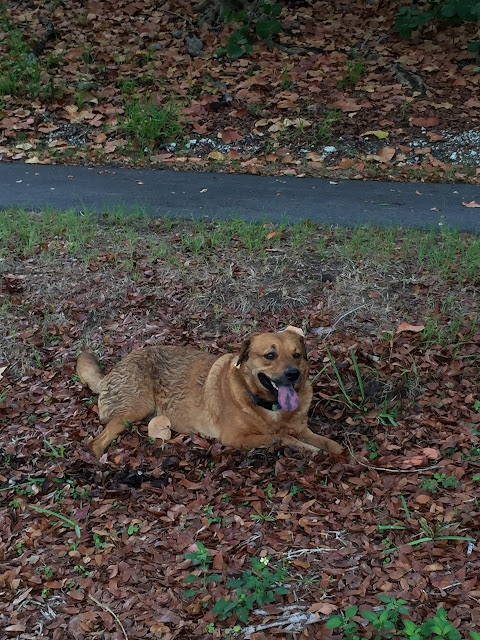 Definitely a dog in need of a bath and he knows it. No regrets.
Posted by Conchscooter at 12:00 AM No comments: