It would seem obvious to most right thinking people that running for public office is  going to be grueling, and winning public office will be worse. It's like becoming a social media sensation with all the calamitous character assassination and none of the money. And yet people keeping putting their names up for election in the hope they can effect change and in their minds for the better. This is an act of courage no matter how you view their positions on issues. 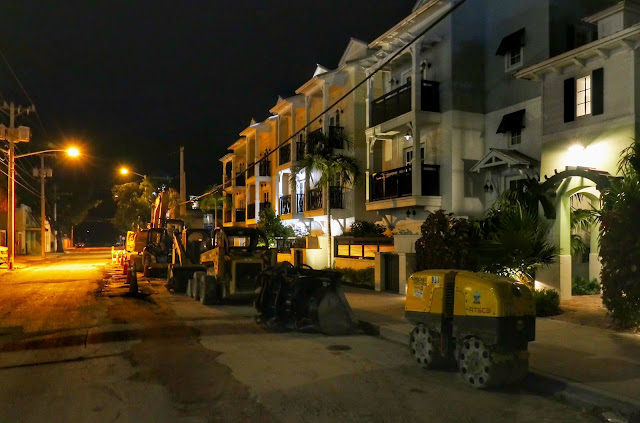 On Tuesday voters in the city of Key West decisively re-elected the mayor to another term. She got 60% of the votes cast obliterating the 50% plus one hurdle of the primary race which seems like an extra noteworthy achievement considering the parlous state of political unity across the country and all the debates brought about by coronavirus. I don't vote in the city as I am a county resident but every decision she makes as mayor affects the Lower Keys one way or another. Many county residents like to moan about Key West's influence but in a county of 75,000 residents one third live here and the city has to be a powerhouse and a civic leader by virtue of that fact alone. 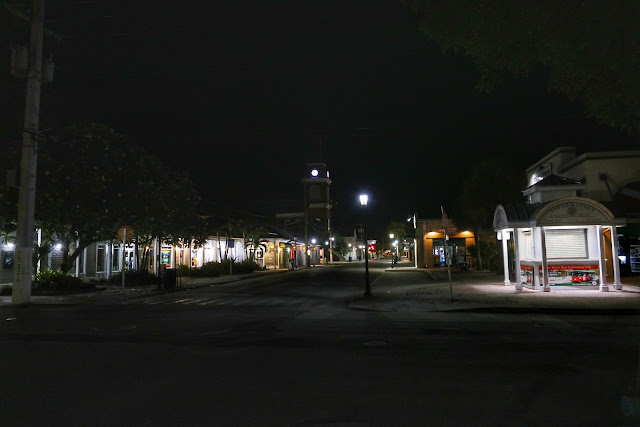 The next question is how will mayor Teri Johnston put into effect her ambitious program to change the face of tourism in Key West? It is possible the upset caused to the city (not to mention the planet!) by the virus may give her an opening to restart Key West's approach to tourism and cruise ships and mass marketing. If the mayor really does want to implement a move away from mass marketing to selective upscale tourism there may be no better time than this. Key West alone in the Keys has a gorgeous Old Town neighborhood and physical structures of a beauty found nowhere else in the Keys. It would seem there is an opportunity there. 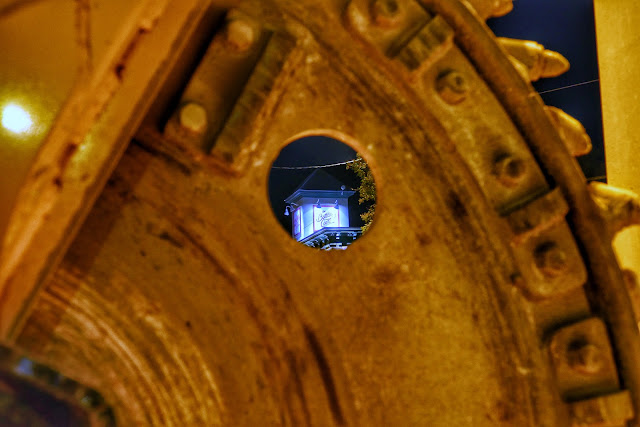 Her first opponent Mark Rossi who owns Rick's bar railed against suggestions that mass tourism should be changed but with 20% of the vote his argument for more of the same did not find much favor. The other 20% went in slightly smaller actual numbers to Rick Haskins who ran a polite low key campaign of no radical suggestions at all. A Conch Haskins said he wanted to restore the town of his youth which appeal went only so far. 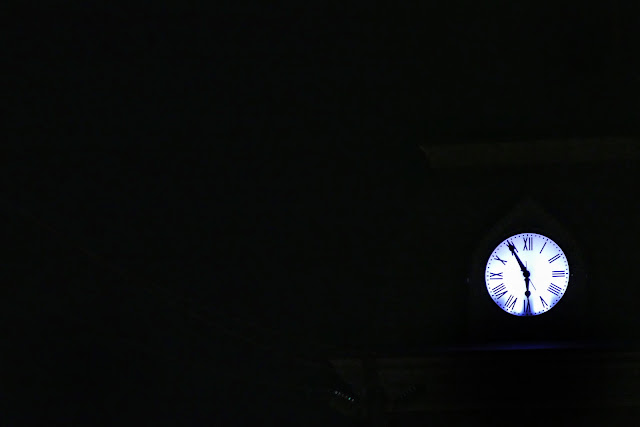 Whatever does come next was announced well before this election and the fact that 43% of registered voters turned out looks at first glance to be rather pathetic and yet the Supervisor of Elections was chuffed as that modest turnout is considered unusually high for a primary. On the back of this strong turnout she is predicting possibly 80% turnout in the general election in November. In fact the general election will settle a lot of questions about the future that we all have starting in Washington and drifting down to our own local communities but in Key West this mayor got elected on a platform of change so one can only hold one's breath and hope that the change is good. 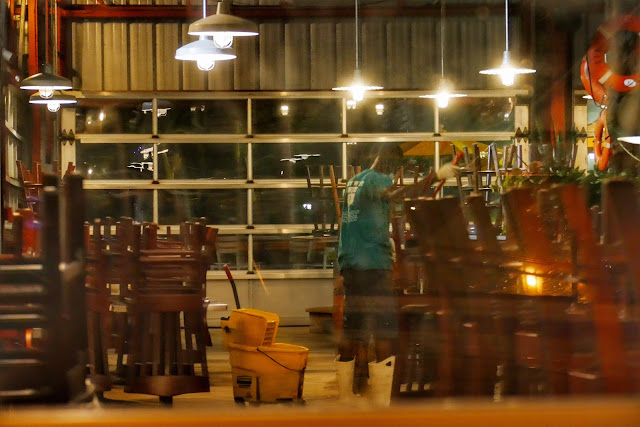 The promise to try to attract smaller groups of high end tourists interested less in getting drunk and more in learning about Key West and it's history carries a certain allure and it may be a good time to implement such a plan as workers are priced out of the Keys in always higher numbers and frantic "affordable housing" projects spring up and fail to keep pace. I have enjoyed the history of this place and find there are many myths and falsehoods worth debunking as the true history alone is quite colorful enough. But I don't depend on slinging drinks for my living. At least not directly. What the mayor's hopes mean for hospitality workers will be interesting as they unfold to become reality and her hopes become actual plans. I wish her well as change always stirs up fear which tends to lead to raised voices. 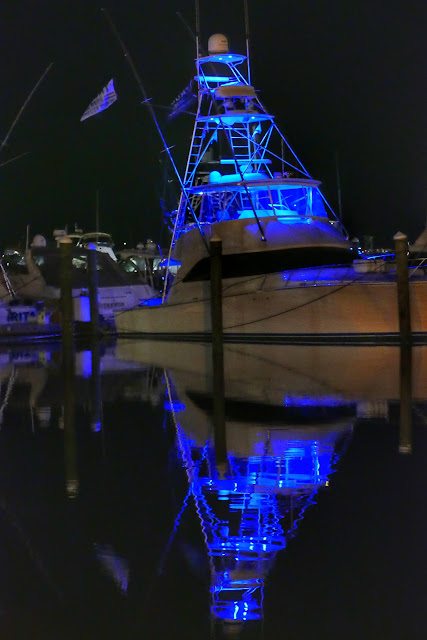 The mosquito control board voted on Tuesday to move forward with their plan to release genetically modified mosquitoes developed by a British company called Oxitec. Plans for their release in Key Haven created massive protest so this time the release of the mosquitoes was approved without a location specified. A dengue outbreak in Key Largo may have helped the four to one vote but I have no doubt protests and lawsuits will follow. The debate over the proposed genetically modified insects is loud and furious and though I prefer to side with science from what I have read previous tests in the Caribbean have shown the modified mosquitoes effectiveness at reducing disease carrying insects doesn't seem to last very long. Nature still abhors a vacuum and apparently the effect of the modified mosquitoes declined after release in the Caymans. However the prospect of Frankenstein becoming real seems to animate most protestors and the way things tend to go wrong among humans combined with every degree of conspiracy leads one to wonder if the release is worth the trouble. I reach for my Deep Woods Off and am glad DDT has been banned. Genetic modification can wait, my walks in the mangroves can't. 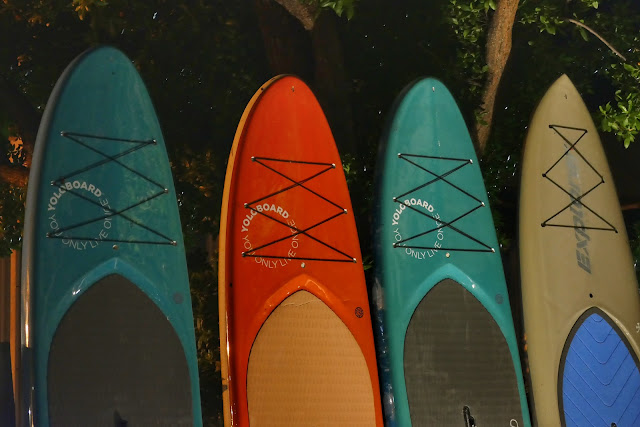 Walking the Key West Bight I pondered my switch from water based travel to land based and I am content with my choice. Then I saw two forms of watercraft neither of which appeal to me but looked good through my viewfinder. Paddleboarding is popular with everyone except me and flats fishing seen below with the poling platform in the bow appeals equally little. Yet they are both beautiful things to look at. 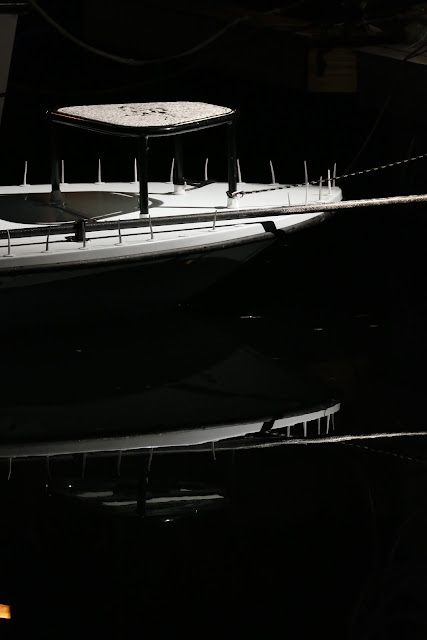 I hope after the hubbub of 2020 passes into history there will be better things to look at than our failires as people and communities with better prospects ahead for everyone.
Posted by Conchscooter at 12:00 AM 6 comments: