"So how was I-65?" cousin Lynn asked brightly upon arrival. Horrible I said. Oh that's normal the reply came pat. It seems that Chicago residents are destined to travel south on only one available Interstate freeway and that particular road is in a state of permanent construction plagued by lengthy work sites, terrible bumps and cracks and crowded traffic. That's something to look forward to then Wednesday when we head back to warmer climes. 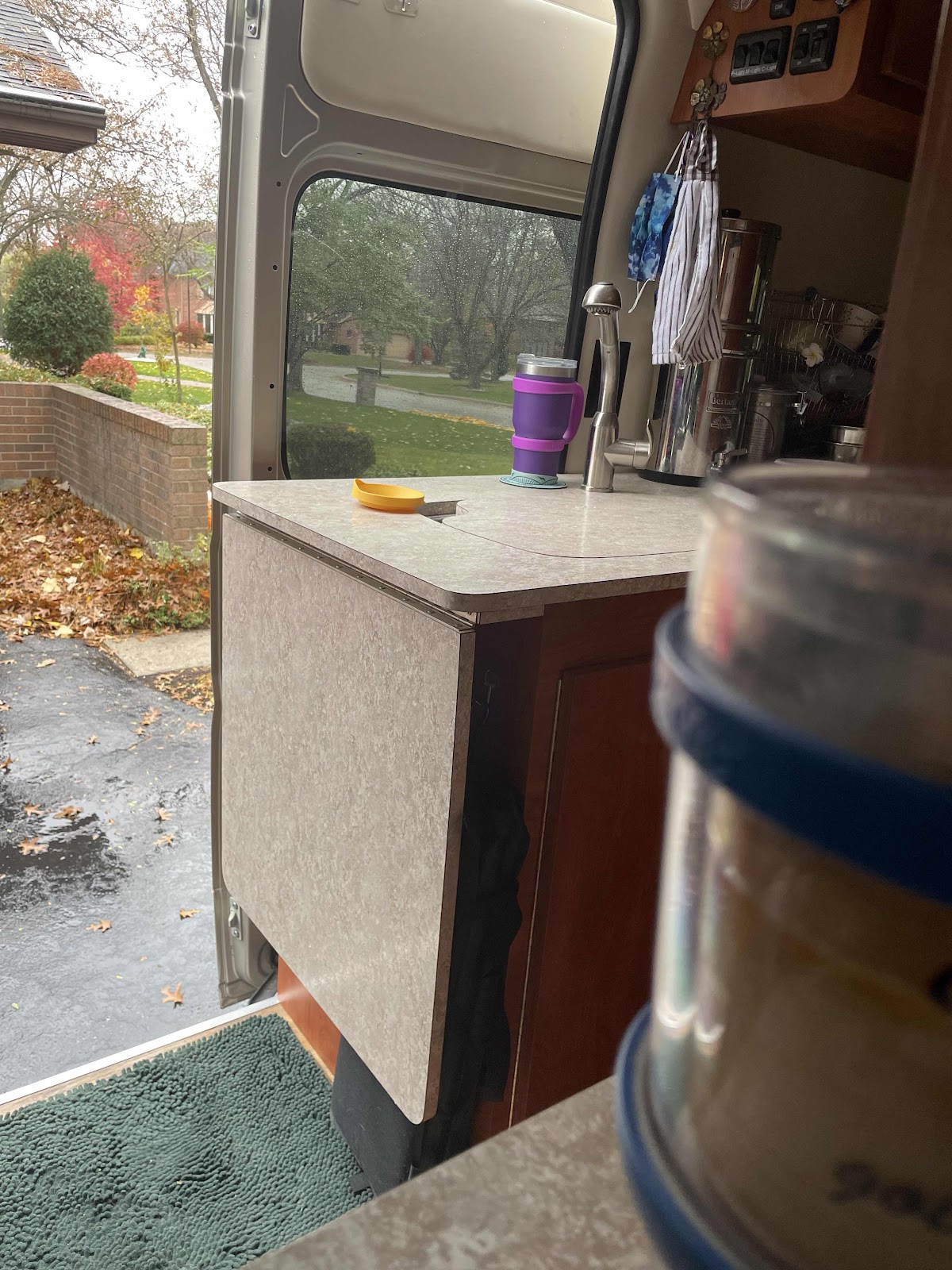 Yesterday morning I stuck to my new improved retirement schedule and got up at 8:30, kicked the dog into action (as though he needed any prodding) and we headed out into an overcast morning of drizzle and 36 degrees. The wind had died down so it wasn't as cold as it had been but after half a block Rusty gave up and we marched back to the van in the driveway where I dried him off and made myself a cup of tea and wrote a couple of letters. The shrubbery is startlingly bright and yesterday I learned in a comment about the perils of Sweet Gum trees (?) so I shall look out for their balls before I trip on them. 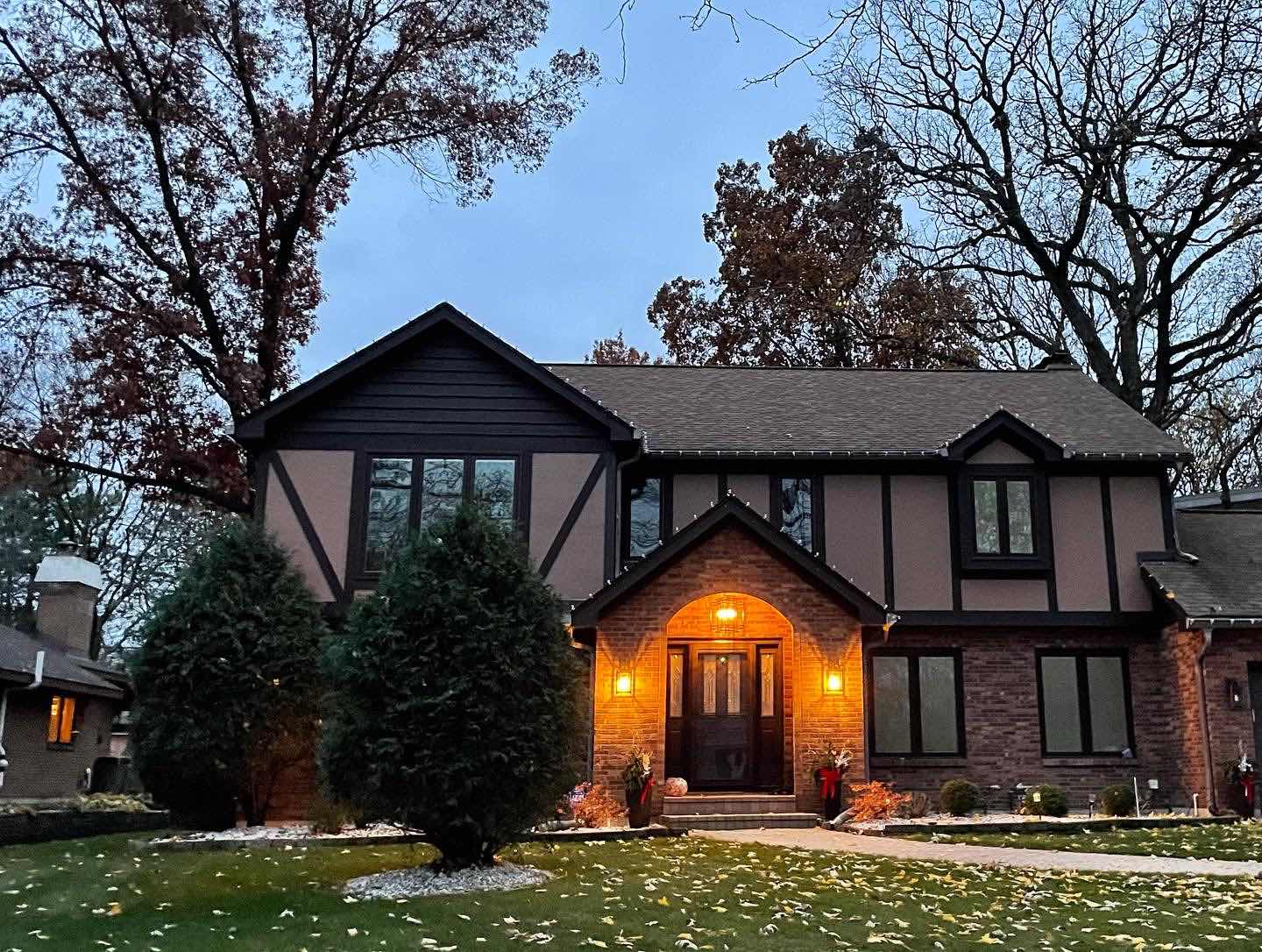 Layne got up bursting to get Stuff Done so the laundry which had been scheduled for Indianapolis met its match in Lynn's washer and the two cousins sat around and nattered while I listened to Rusty snore. It was the sort of Sunday morning anyone might enjoy, made doubly pleasurable by a warm spacious house in an inhospitable climate. I will be delighted to sleep aboard Gannet 2 later when we are traveling in a few days. For now I enjoy central heat. 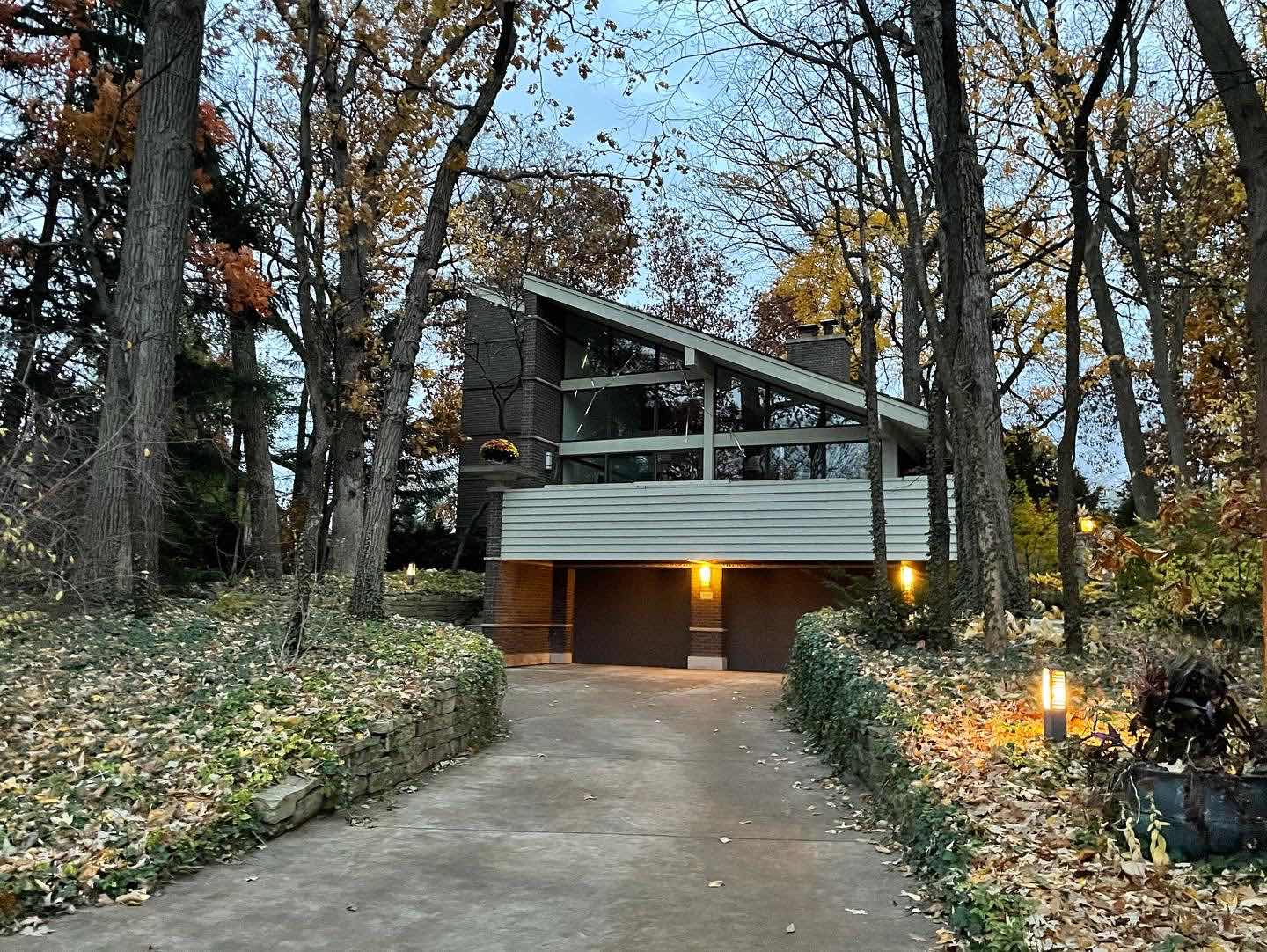 Lynn has three adult children who all live nearby and one of them has produced a two year old grandson who was among those who came to dinner. It was reassuring to see health impaired adults and younger members of the family able to gather in these uncertain times and even Rusty got to meet and not dislike the company of Finn, a small black bundle of energy who produced wags from both tails. 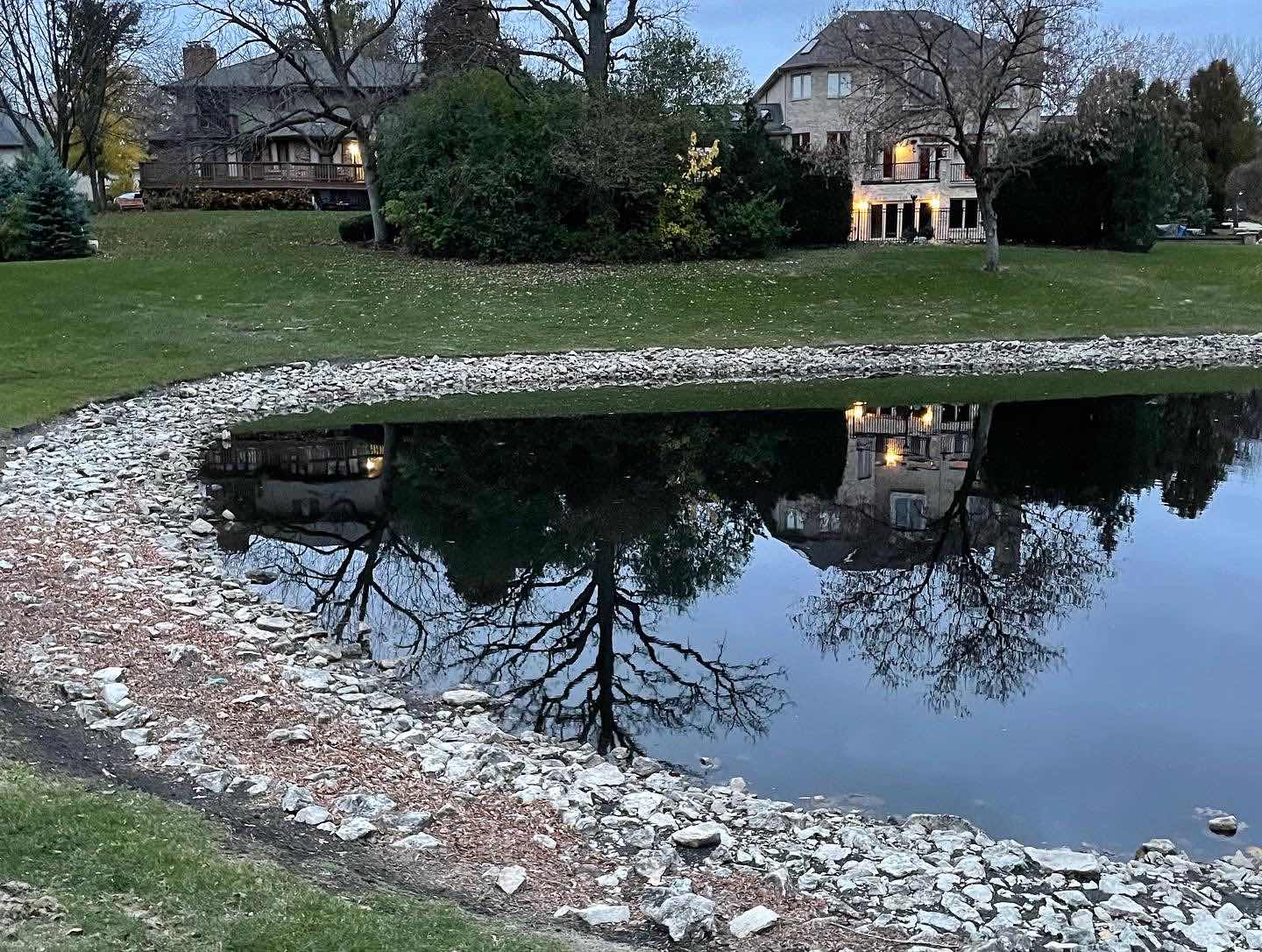 For someone like me who grew upon the midst of family drama and conflict the chance to be surrounded by people who grew up together and hold fond memories of each other was quite delightful. Lynn told us of family travels to Alaska and Bob, an avid photographer, was the first person who has ever told me to be prepared not to be impressed by Denali. I will look forward to comparing notes on our trip south next Fall. 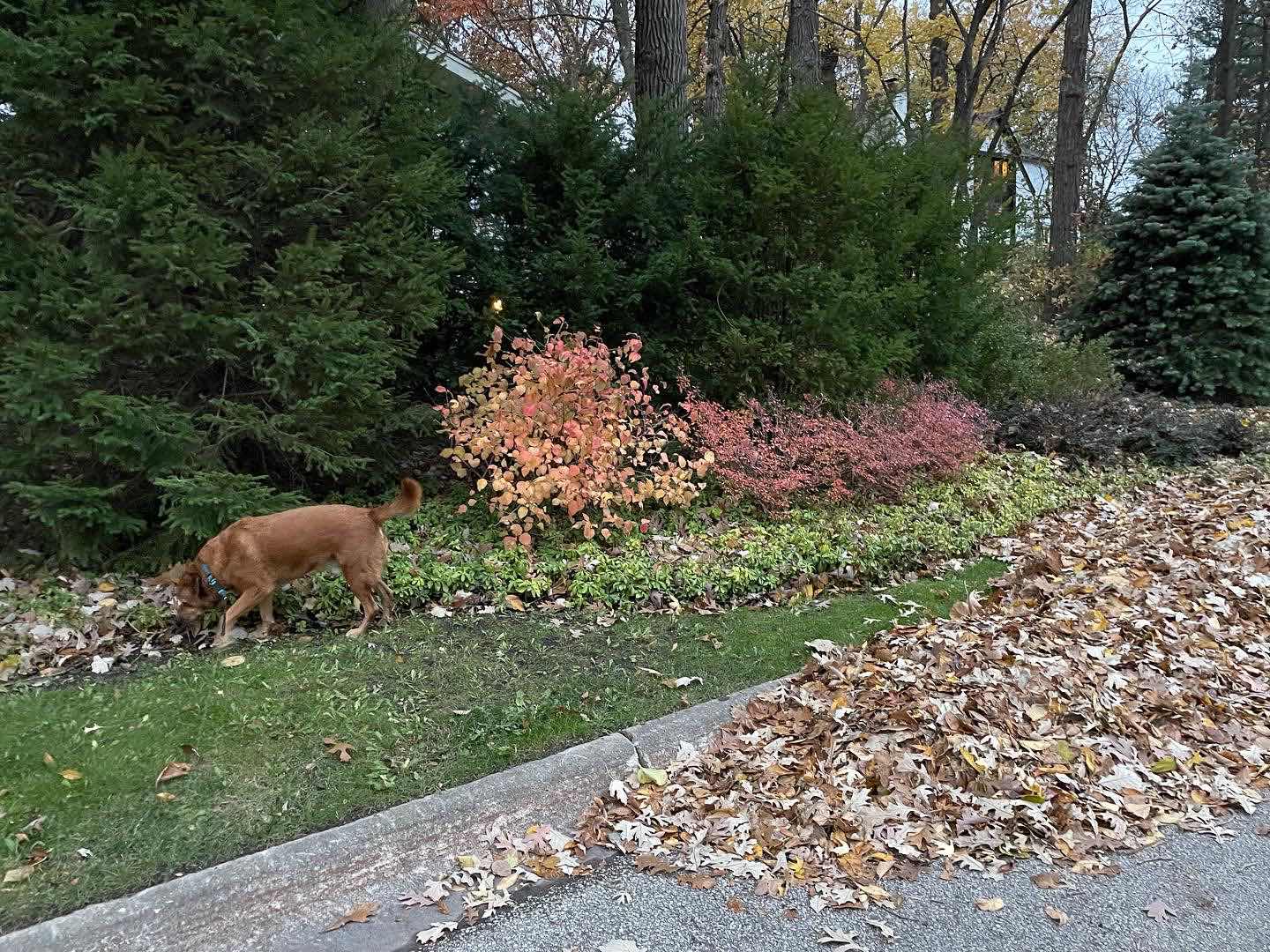 The conditions here are not conducive to dog walking Rusty tells me. We have managed half a block in each direction from the house before he gives up and shakes off the drizzle. My polka dot umbrella now lives by the front door as a precaution and and I stand ready to wander outside with him as soon as he points at the great outdoors. 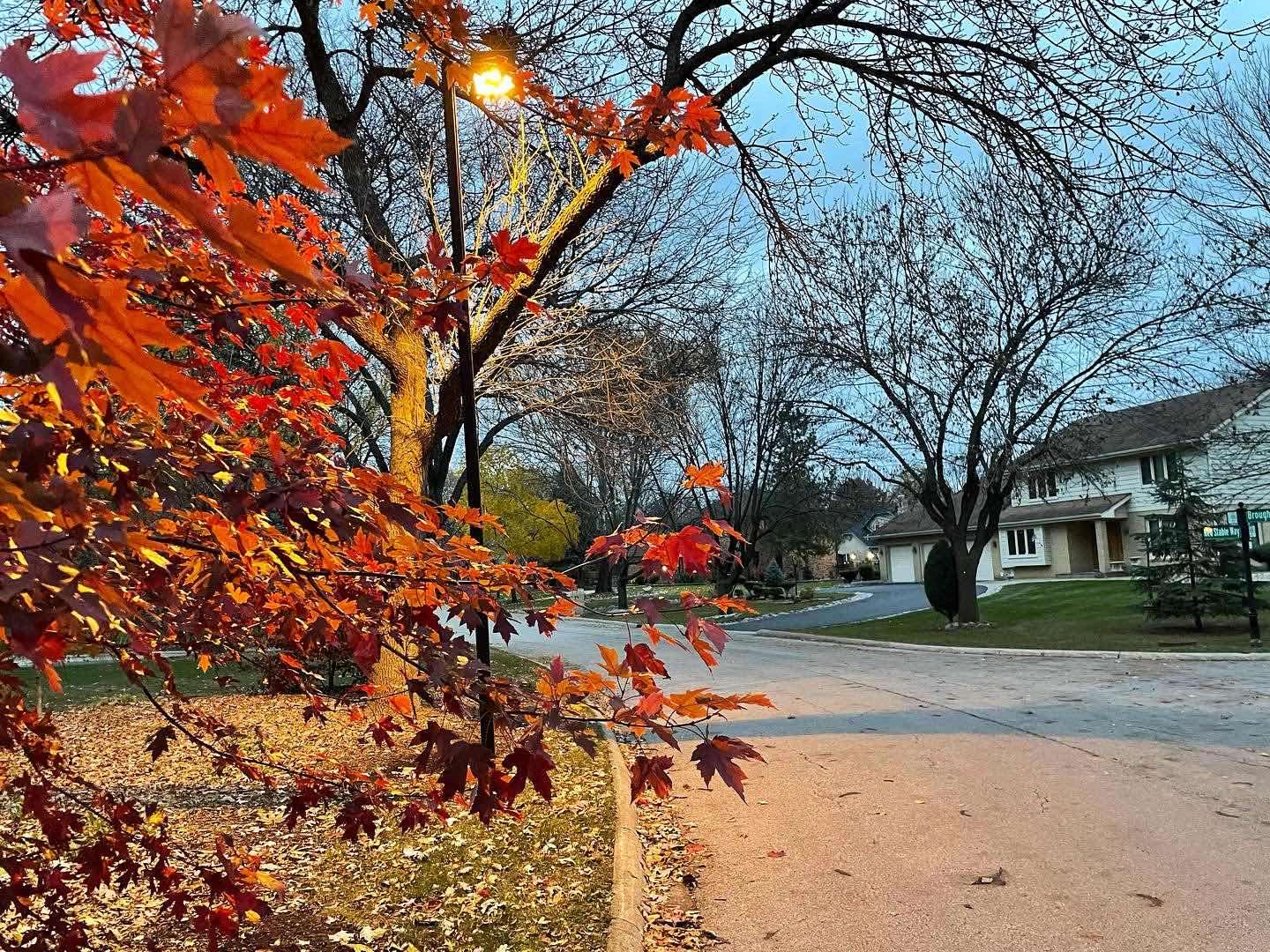 It is a festive feeling out there for me. As much as I have always enjoyed warm sunny Thanksgiving Days and Christmases in the Keys I find myself enjoying these Hollywood-style views of leafless winter branches and crisp intakes of breath. I have seen enough Christmas movies to enjoy finding myself living briefly on a similar set. 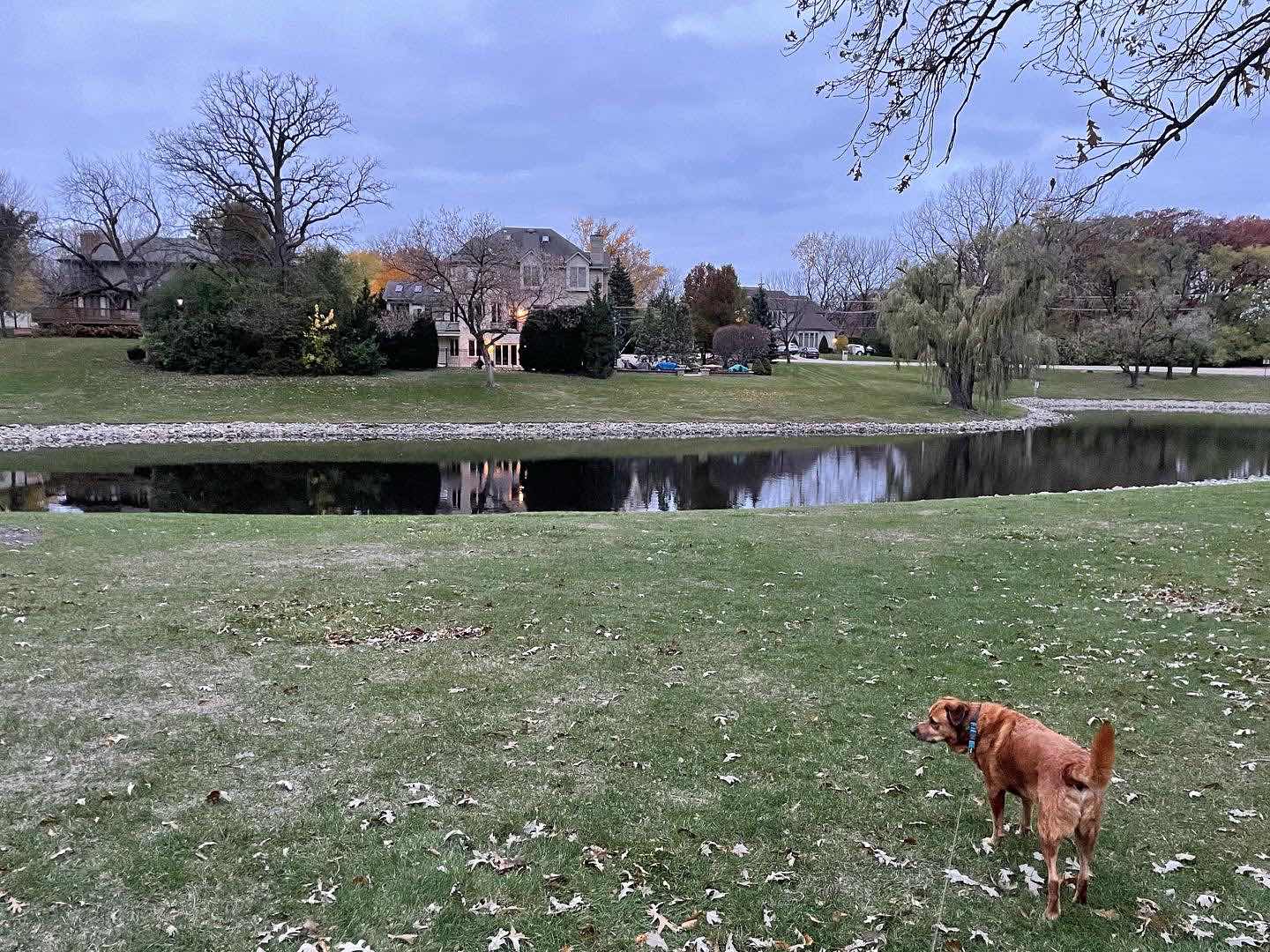 Mild snow is in the forecast on and off but I doubt the fire hydrant poles will be necessary during our brief visit. I know I'm not cut out for winters like this but the hint of seasonal appropriateness is really quite enjoyable for a change. 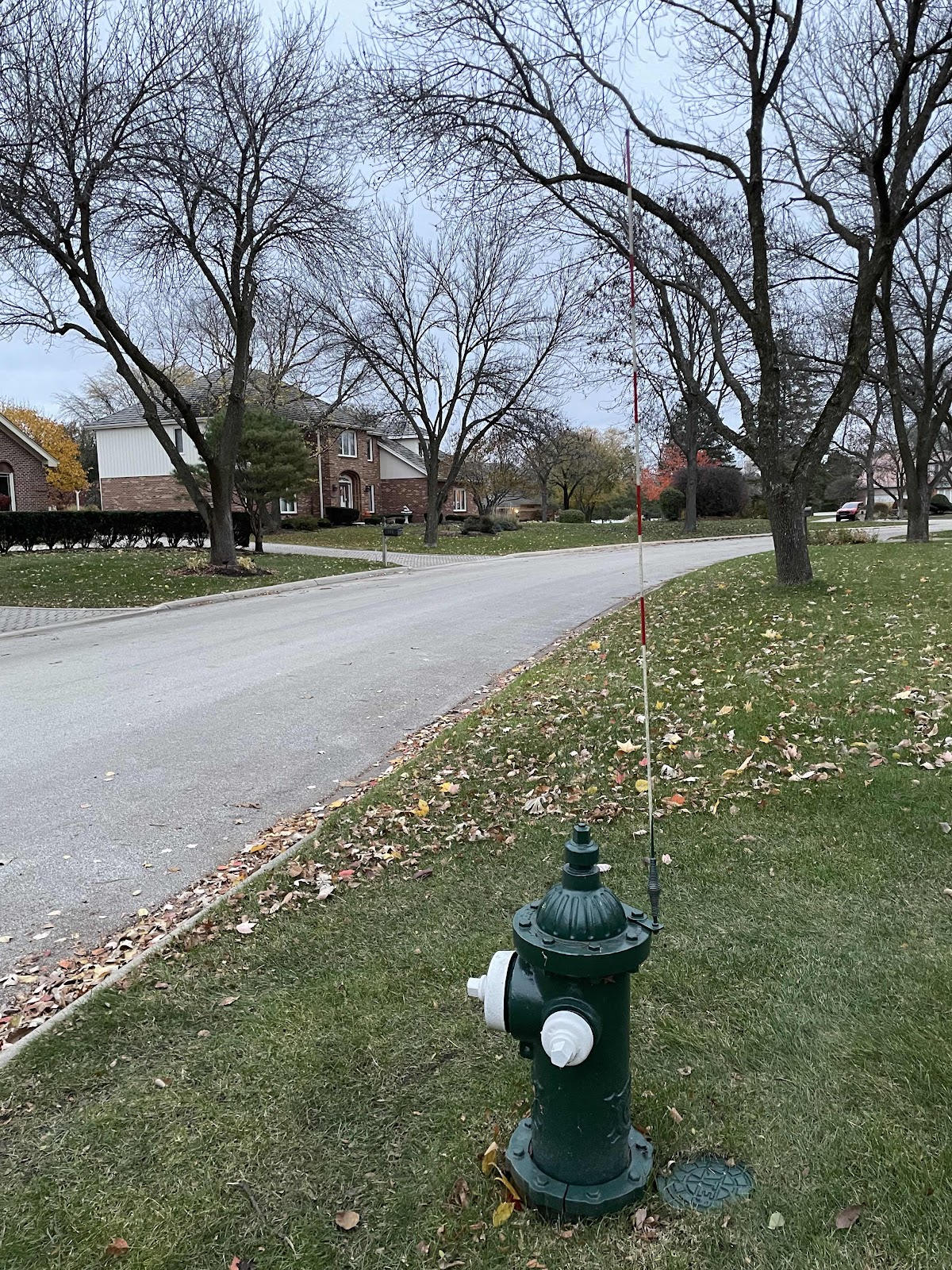 To have to mark your fire hydrant like this is absurd as much as it may be necessary. I find it odd that the lump of metal is better adapted to harsh winter than am I.
Posted by Conchscooter at 1:00 AM 4 comments: