August and September are the hottest months in the Keys, though daytime temperatures rarely rise above 90 degrees the air is thick and close, especially in the city but even on the canal where I live outside town. I don't mind these two hardcore hot months as much as some people do, but I am a fan of air conditioning. The a/c at work failed last week which caused the entire building to smell dank and warm like a locker room after a lot of showers, and it was frankly horrible. Dispatch however got two window units to carry us (and our radio equipment which has to be kept cool, thank heavens) through the crisis. It's hard to imagine that by mid November some people will be feverishly pulling winter clothes out of storage, long pants, socks and heavy shirts mostly. Right now our canal where we swim most afternoons is as hot as bathwater. 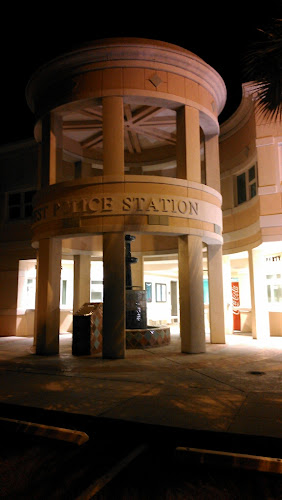 Taking a lunch break at three in the morning is s hock to the system as night time temperatures don't generally drop much below 85 degrees and stepping out of the building one finds oneself sweating pretty fast. Getting on the Vespa doesn't do much good as it feels like you're riding into a hot hair dryer. For most people in temperate climes winter is the time to stop riding but around here some people hang  up their riding gear in summer and take to their air conditioned  cars. Not me, I rode to the White Street Pier for some fresh sea air and peace and quiet. 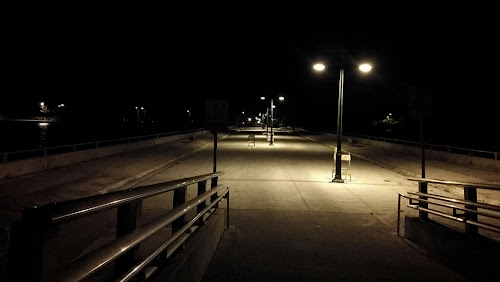 The pier sticks out in an ell shape straight south from the end of White Street and makes a 90 degree right turn at the end about a quarter mile out. Basically its a fishing pier and the waves tend to pass underneath except when they are big when they break over the pier in spectacular fashion. To walk on the pier is like walking on a well paved runway with street lights and benches. 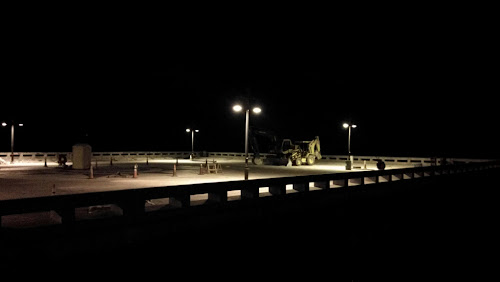 Some people like to come here at dawn and gather to talk, drink coffee and bore their dogs while waiting to see if the sun plans on coming up. Its not a bad place to do just that as you get an uninterrupted view up the south shore of the island. So far the sun has come up each day as far  as I can tell. 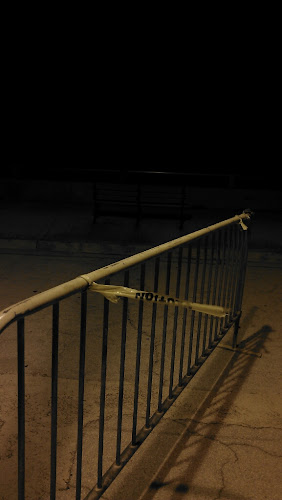 The pier is being renovated as part of this frenzy of island wide construction. Roads, sewers, street surfaces and now the pier are  all being repaired all at once it seems like. Happily the pier is frequently open in the middle of the work as they are closing off only the bots that are actually getting work done so much of the pier is available for silent contemplation, fish killing and in some cases sleeping, until at least they get caught. 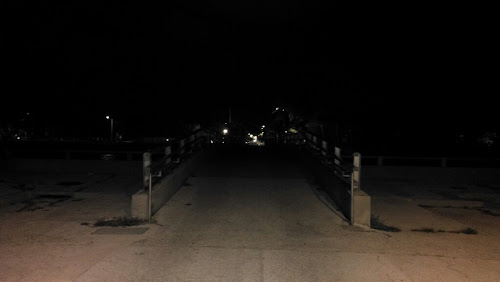 The Pier is sometimes used as the butt of a joke at the expense of the gullible when they are told that it is the rump of the former bridge to Havana, now closed down by the endlessly stupid Embargo against Cuba. 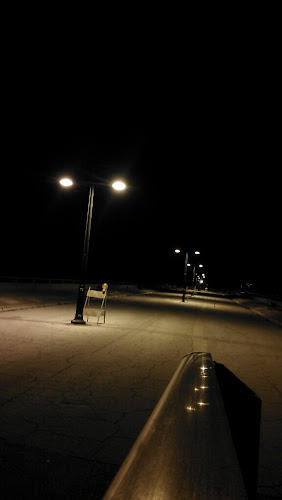 Its a good place to walk to dissipate  some of the tension that builds up from answering 911 calls all night. The breeze is at its strongest and the walk out and back is easy. I was standing around at the end of the pier minding my own business enjoying the inky darkness of the ocean when I was startled out of my reverie by a voice asking me some damned fool question, like how was I doing or something. Apparently a man and a woman had decided to do some star gazing on the pier, or at least that was what they called it and they were lying in the shadowy darkness behind a ramp between segments of the pier. Its difficult to find a spot to be absolutely alone in Key West. I tried to be polite but I think I failed, stumping off wondering why people can't leave you alone. 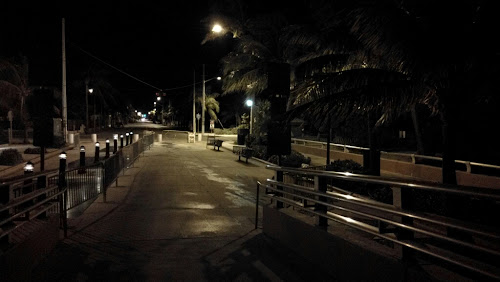 Then, if you want to be alone too much, there is the AIDS memorial at the inland end of the pier. It should be a healthy reminder that for quite a few people life got cut short a bit too early. I daresay these folks wouldn't mind getting their time back and to spend some of it engaged in fruitless small talk with strangers. Had I had the time I felt inclined to stroll back out and try to engage with the star gazers. 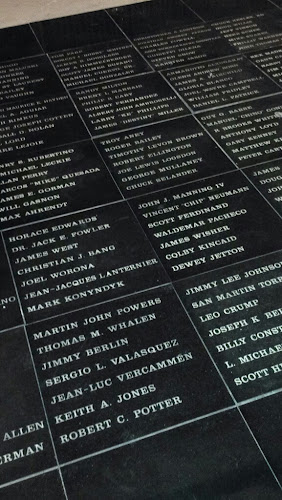 I have to say it is a bit startling to see a name here you recognize as a formerly fully functional human, but even more startling is it to realize that there are endless rows of names that mean nothing more to you than the names listed in a phone book. 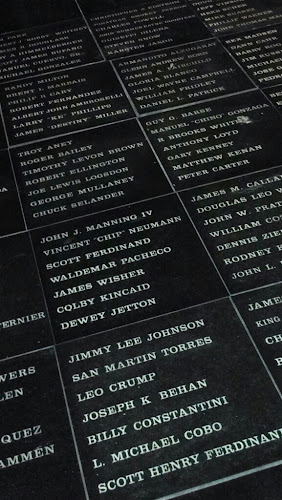 In the midst of life, as the Good Book says, we are in death, though happily not every 911 call has a tragic outcome.