It is I have long been told, a sign of aging that one turns first to the obituaries when opening the newspaper, to see who's dead and to reassure oneself about one's own status among the living. In the digital age one ends up opening Google and never quite knowing who will come across the page, by accident or by remotest coincidence. The other day I found a 94 year old Italian politician, Giulio Andreotti had fallen off his perch. That was cause for reflection for a moment considering he dominated the news cycles when I was a youngster in Italy. 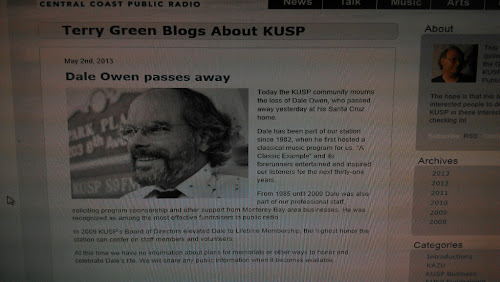 And then there was Dale, a colleague who used to sell underwriting on KUSP, what was the public radio station in Santa Cruz in the 70s and 80s. Terry Green Blogs About KUSP » Blog Archive » Dale Owen passes away He was gifted with the rich deep basso profundo tones that were perfect for his classical music shows, the sort preferred by program directors. He had the thankless task at KUSP, that of selling the counter culture organization whose rambunctious members were always ready to spot and denounce a sell out as soon as they sniffed one. Dale worked the community like crazy and never lost his cheerful smile when sales came under fire for violating those protocols. He lived his life on crutches working paradoxically in a building that was as inaccessible as any second floor office could be and he never complained or turned away from the daily struggle to climb the shiny wooden stairs as steep and shiny as a granite mountain face. I was twenty-something and ran up and down easily, mindless if I forgot a microphone in the studio or needed to "run back up" for some other thing. 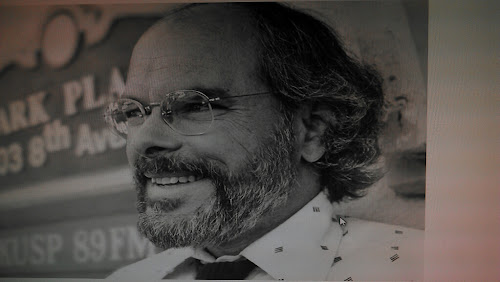 Sitting here, 3200 miles away, pondering the quiet, sudden illness and death of the unassuming Dale, I came across a connected death from a few weeks ago. KUSP, in it's role as a community voice was naturally a voice for resident and visiting musicians and Bob Brozman was a close friend of the founders of the station. It turns out he died in April, apparently by his own hand in an untold story, and was I surprised to see worldwide obituaries including the august New York Times, Bob Brozman, Guitarist, Is Dead at 59 - NYTimes.com and a Wikipedia page devoted to his tireless pursuit of what we used to call World Music. 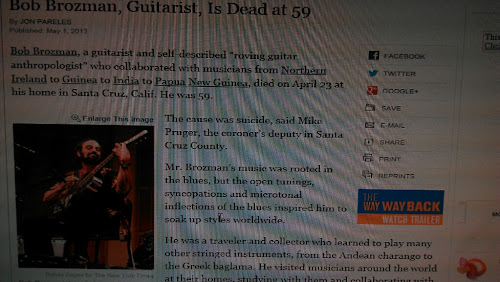 I cannot say my life will be directly impacted by these disparate deaths, but they do provoke thought I guess is the best way to put it. I look back and feel an incredible sense of waste. I was a young man impetuous and let loose in the cultural playground that was California in the 80s and I had everything to learn and to do. I was so busy I missed so much of what the people around me every day had to offer. I read their obituaries and as brief as they are they reveal a large slice of details I never had the wit to enquire after at the time. 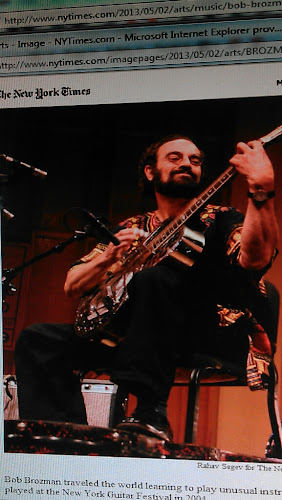 In many respects I feel fortunate with the way my life has unspooled, especially considering some of the turns it could have taken but those small insistent niggling regrets pop up in my life at the least expected moments.

Posted with Blogsy
Posted by Conchscooter at 8:50 PM 5 comments: Links to this post

It is unusual for me but I find myself missing the oddly named Parrotodise bar and restaurant on Little Torch Key. I see so much change, people come and go as do businesses, but this one I miss. 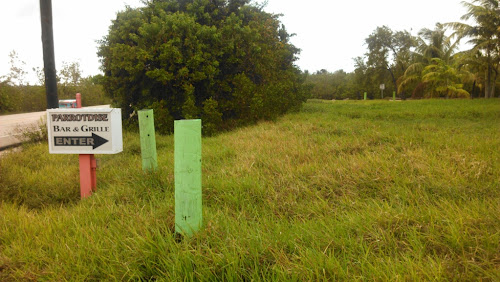 It's been closed for almost a year and already the signs of entropy are closing in on the formerly bustling eatery. Rather than pay the modest fee to dump a bed at the ...dump, some kind soul chose to drop it off in the parking lot. Much better. 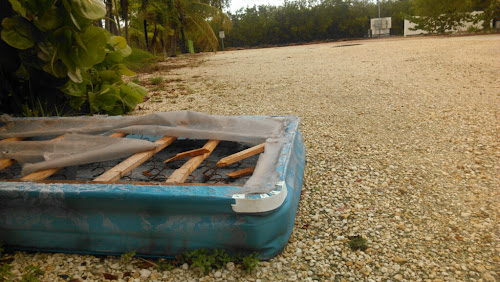 It's as though when the place closed no one came back for any reason, to clean up or remove any decorative touches left by the ancien regime. The decorations are in place... 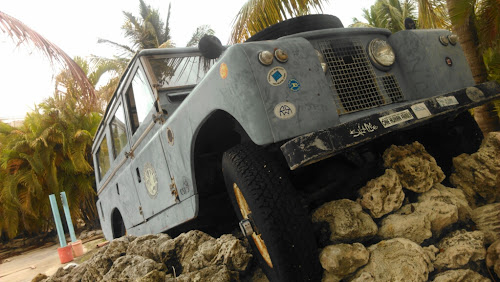 ...the signage hasn't changed. I used to park here from time to time and I appreciated the convenient space for the Vespa or the Bonneville. 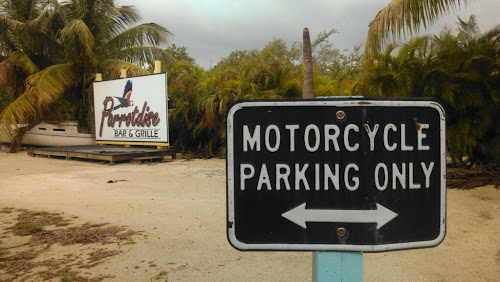 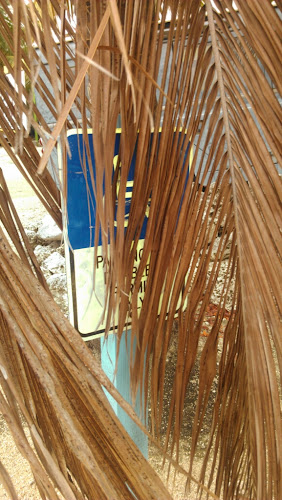 It's difficult to discern what made this place attractive. The food was okay, simple but not terribly brash or exciting, the service was cheerful and the owner was always to be found wandering the bar and restaurant keeping an eye on things and apparently enjoying the life of a restaurateur. 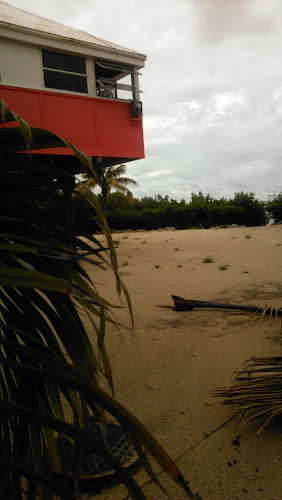 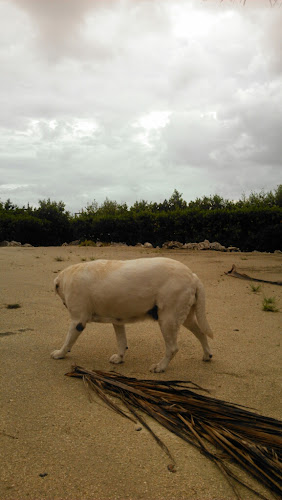 Looking back Parrtodise had its own place in the pantheon of Lower Keys restaurants, not as fancy as Square Grouper and not as organically hip as the Wharf, but they had a nice bar, good beers and fresh fish and locals flocked to it. 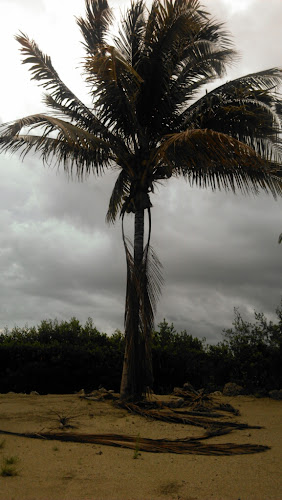 I also liked the view, unique to this place with its panoramic windows overlooking the channel. I enjoyed bringing visitors here and eating coconut lobster bites, or lobster mac and cheese and the ridiculous breakfast burger with bacon and a fried egg (!) drinking a draught Smithwicks while looking out over the water. I felt rather melancholy as I wandered around kicking abandoned dead palm fronds and remembering good times. 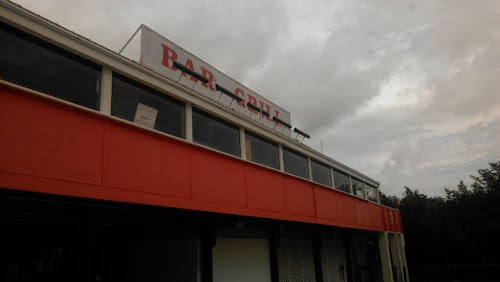 This was one place I didn't mind coming to have a beer and a meal by myself at the bar. The staff were friendly but not intrusive and the prices were good value. All gone. 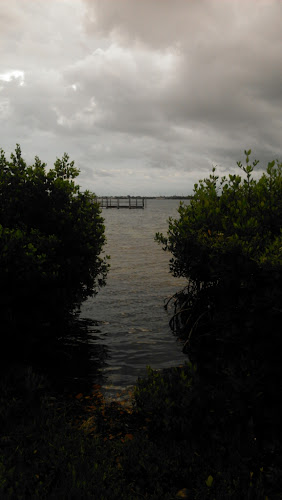 The end came abruptly in June 2012 ironically while my wife and I were eating at Square Grouper we heard that this place was closing. It was not a happy moment, checks were left unpaid as te rumor had it and the operation closed on a sour note. 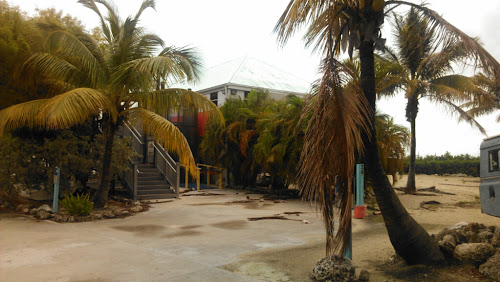 So there it is, abandoned but not forgotten, though a neighbor mentioned to me there is a rumor of a potential new tenant in sight which may reverse the gradual decay which is making it unlikely I will stop off again until something actually changes. Soon,  I hope.

Posted with Blogsy
Posted by Conchscooter at 12:01 AM 3 comments: Links to this post