With thanks to the many of you who stepped up and with equal thanks to those of you who chose to attack me personally and remind me we are all forced to live with unpleasant people in our  midst, a lesson brought home by the current presidential election cycle, my app is off to a great start and I am glad to get back to pictures and commentary. If you haven't downloaded 911buddy from the iTunes Store and then reviewed the damned thing please do if you live in the US and have an iPhone. If you think my request demeans this page and the whole notion of free market capitalism  please feel free to tell everyone you know but I don';t think attacking me on my own page is polite or appropriate. Though I must say the added spurt of support each vitriolic diatribe produces is rather gratifying.

I must say I am delighted by and grateful for your support. My colleagues at 911buddy were surprised enough by the support that here we are:

Walking Truman Waterfront recently in blusterous north winds, colder than you might imagine, I originally wanted to take pictures of a part of the city that might soon be transformed. After 15 years of waiting city officials have read the entrails and really seriously think Truman Waterfront might start to be turned into some sort of park next month. The omens they say, are propitious for work to begin. 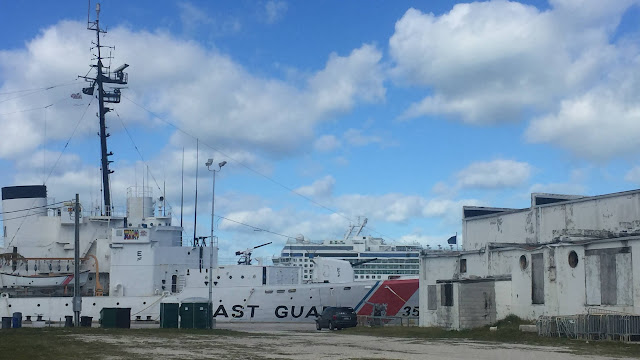 When I got down to the waterfront I saw a couple of cruise ships visiting Key West and along with the Coastguard Cutter Ingham, now a museum, it felt like I was walking the quay of a port city. Too often Key West seems to look inwards and strolling Duval you could be forgiven for imagining you are miles from salt water. 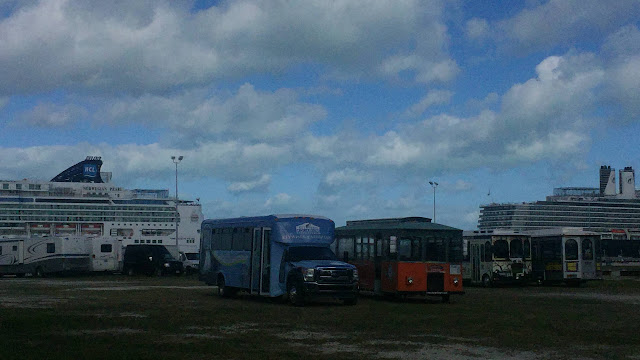 This stretch of cement is known as the Inner Mole and apparently it won't look like this for much longer. It was deeded to the city by the Navy in 2002 (I think) and nothing has been done since the Navy cleared any potentially dangerous debris from the soil. Honestly I rather like this sort of decay, open grass wild parking, open water views untrammeled, unsupervised and just slightly wild in a very civilized sort of way. The city held a referendum on the property a decade ago and  6.6  acres of waterfront were set aside to support Bahama Village through a special tax district called  TIF- a tax increment fund. This proposal has set the supporters of full on green space on a collision course with Bahama Village desires for money to improve the community which is solidly African American, and all of this creates a delicate political situation in town. Rumors abound of a tall hulking hotel on the 6.6 acres, homes and all manner of view blocking reminiscent of the hullabaloo over the new Horace O'Bryant School. Tension seems bound to rise. 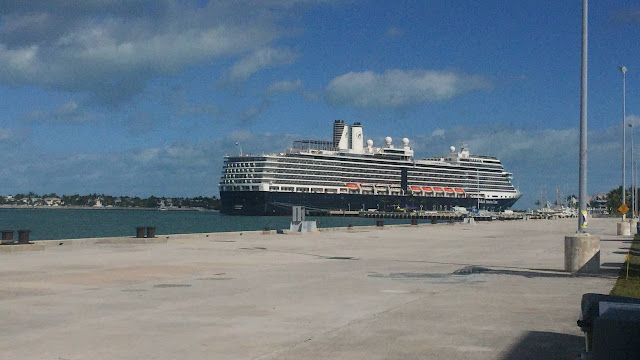 The cruise ship in the picture above is tied up at Pier B in front of the Westin Hotel. The one below is tied up at the Outer Mole, which is still owned by the Navy who kindly let civilian cruise ships dock there from time to time when warships aren't using it. The nice part is that on the Outer Mole the city doesn't have to share docking fees which it does with the Westin at Pier B. Mallory Sqaure is also city owned but only smaller cruise ships can dock there. Why there is no Pier A I have no idea. 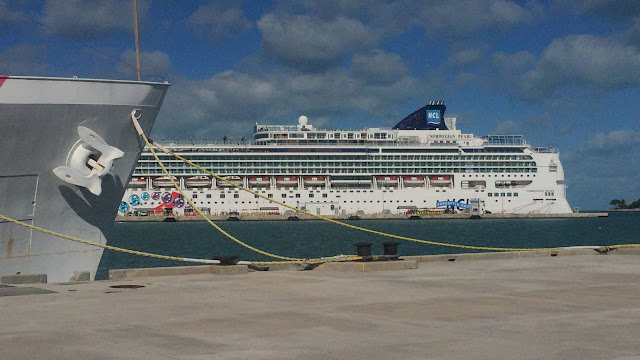 Some bright sparks have suggested turning the old Navy warehouse into a covered market kind of arrangement. Developers are trying to convince the city that the Truman Waterfront should be developed to it's maximum pecuniary capacity and they want all kinds of buildings and services and stuff. A plan to build a marina was dumped after the Navy said no most emphatically. 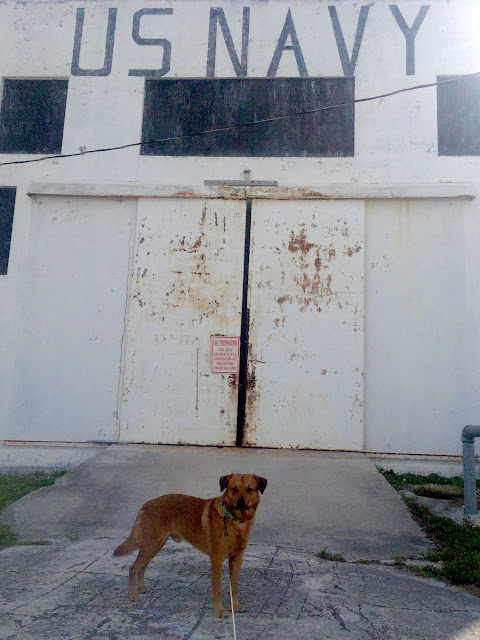 So a freshly elected city commissioner has got it into his head to propose building a ferry terminal at Truman Waterfront to prepare for service to Cuba. The fact the commissioner used to be a judge does not inspire confidence as this plan is hare brained in the extreme. Firstly (and lastly) the Navy has nixed any civilian boats regularly using the waters contained within the basin inside the Outer Mole. They said they will allow occasional irregular use like boat races but not scheduled ferry service. As if that weren't enough the idea of having a Ferry Terminal in a park seems daft not to mention having people drive right through the city to the very tip to get to go to Cuba. Traffic jams anyone?

Truman Waterfront development brings out the madness in some people. The same people who think a simple park, with a market, is just not good enough for these delightful 34 acres of undeveloped open space.