Getting up at 5:30 netted me a 61 degree morning and I was close to getting goose bumps when I let Rusty out of the car at one end of the Main Street in old town Steubenville, Ohio. 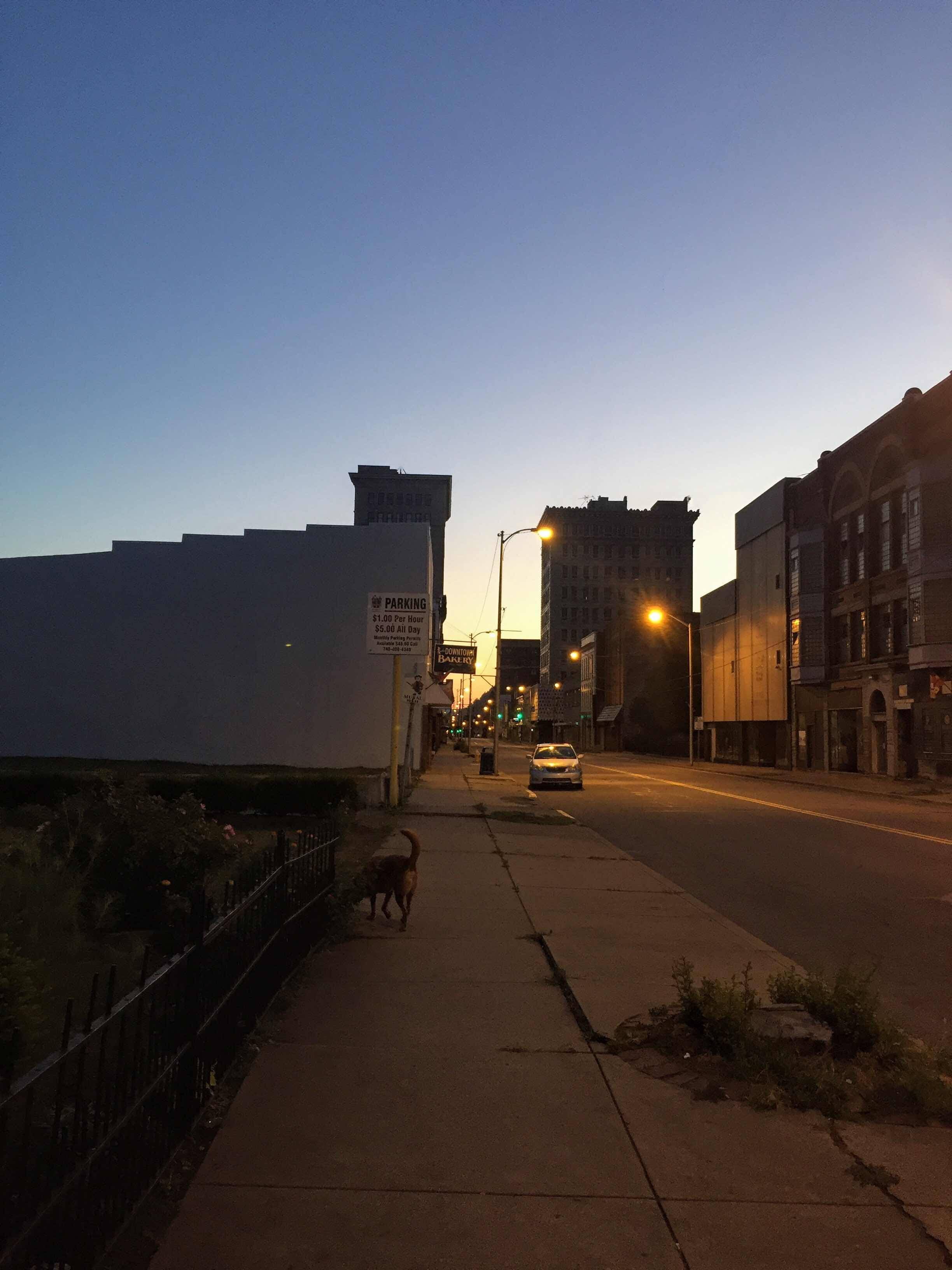 This is the part of town obviously abandoned by a town that has turned to the inland valley away from the Ohio River where shopping malls car dealerships and chain restaurants represent the Steubenville of 21st century commerce. But this is the town I find fascinating because it attracts my camera the way the weeds and bricks attract Rusty’s nose. 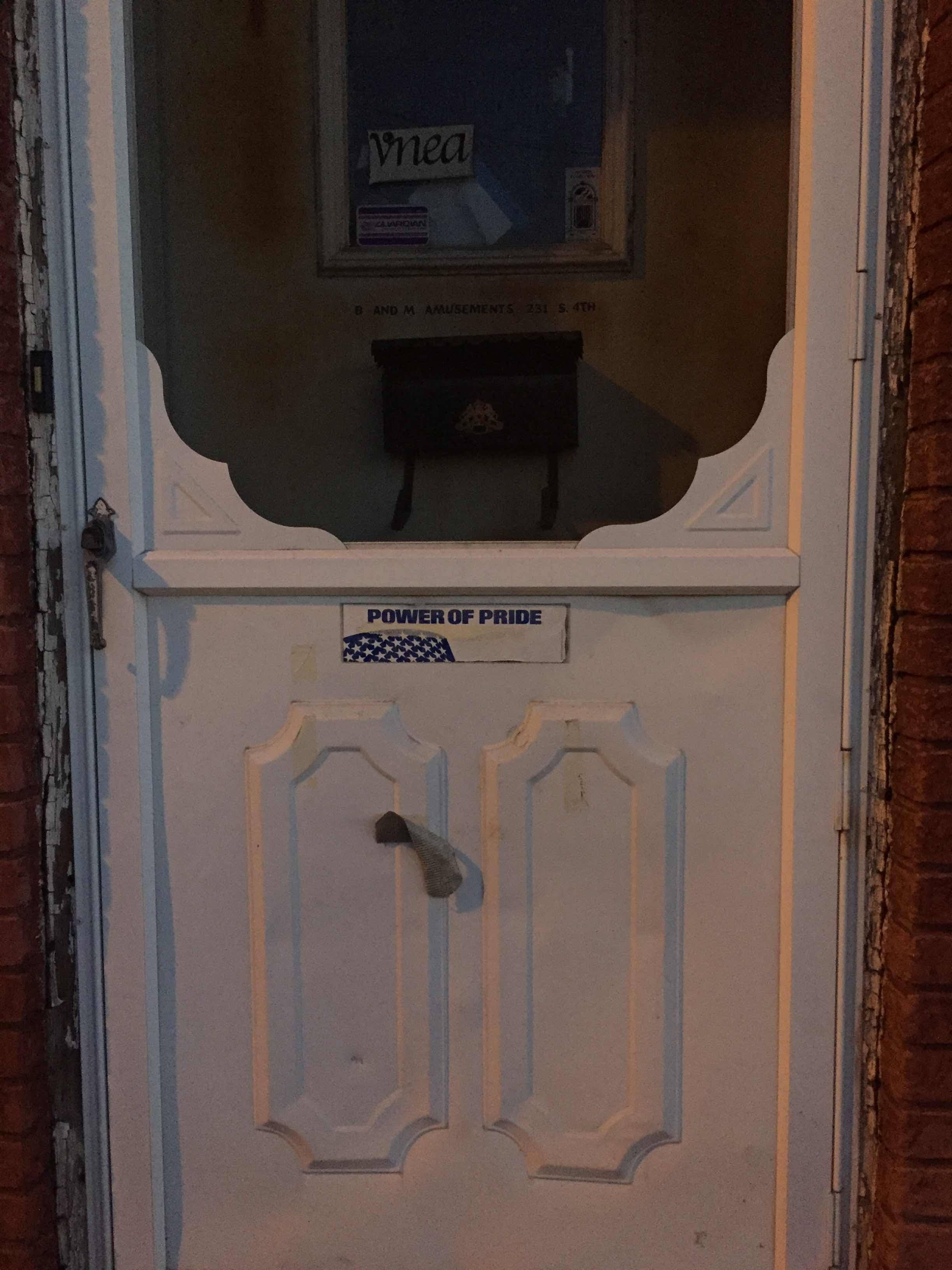 To me these buildings represent waste and unused opportunities. I wasn’t very impressed when cities wanted shopping malls made out of styrofoam to replace their sturdy Victorian architecture and here despite neglect the place still stands. Look at these buildings and think of what a waste of a great space. 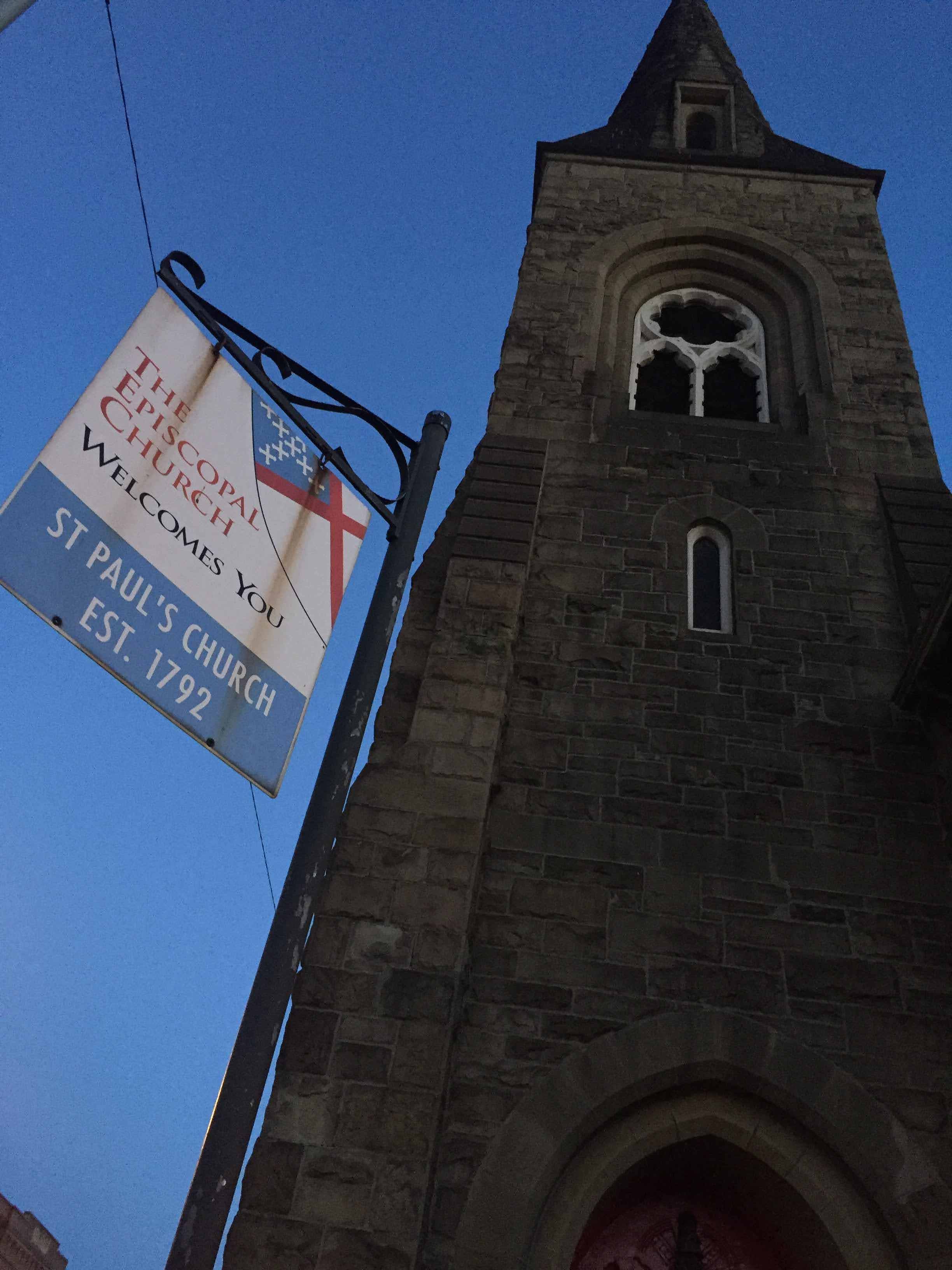 There are too many churches to photograph in this town but I did my best to get a sample. 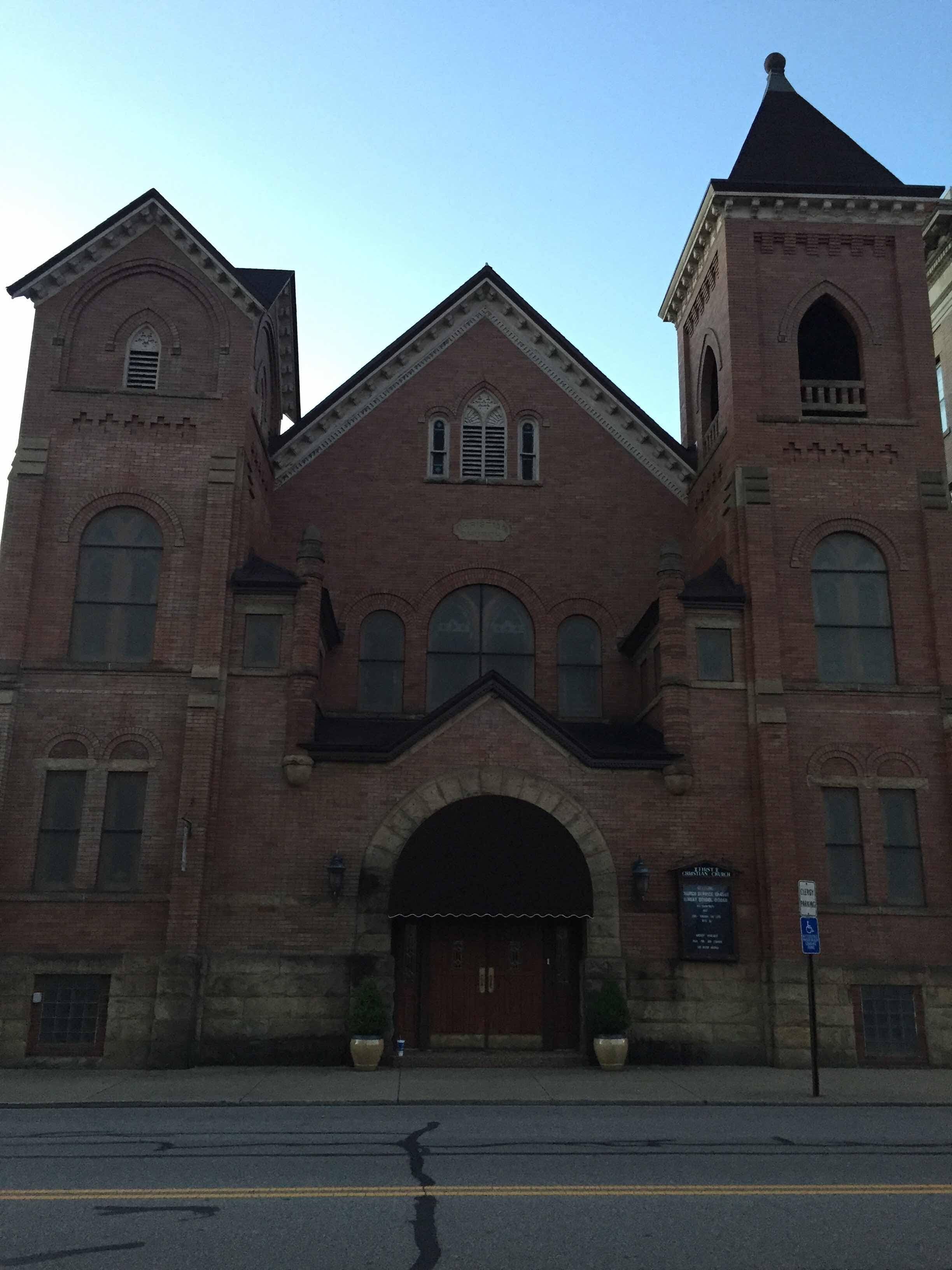 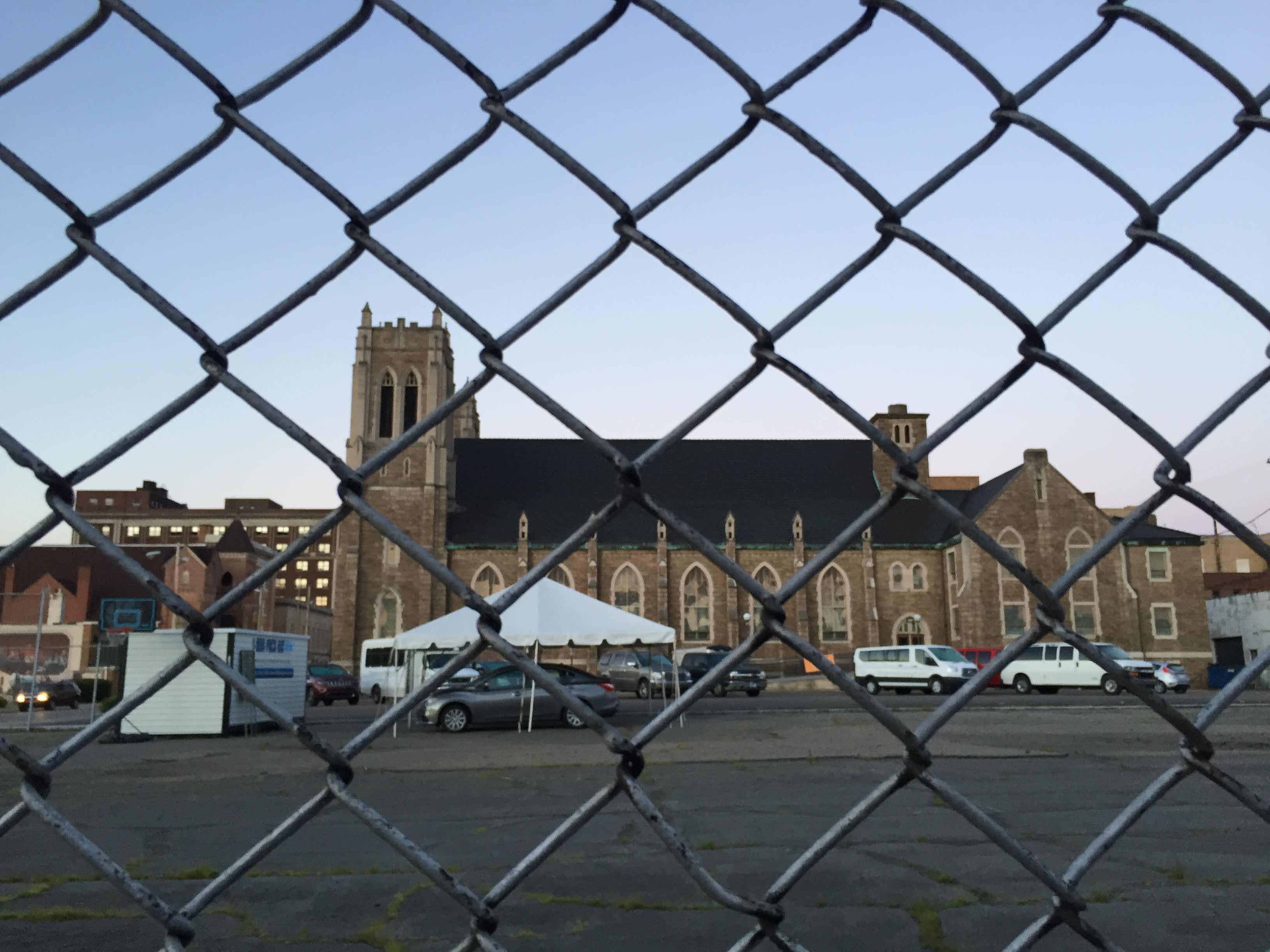 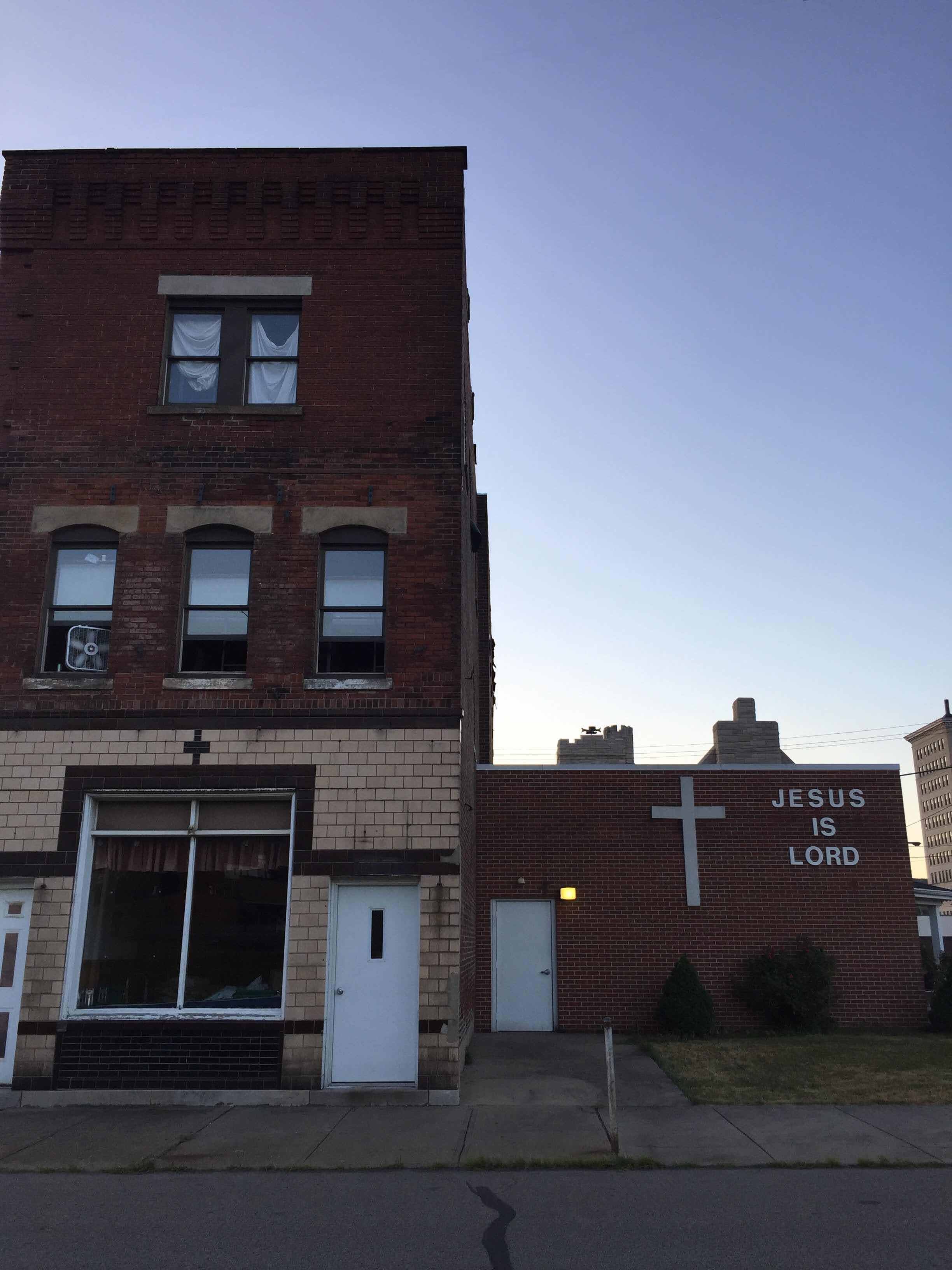 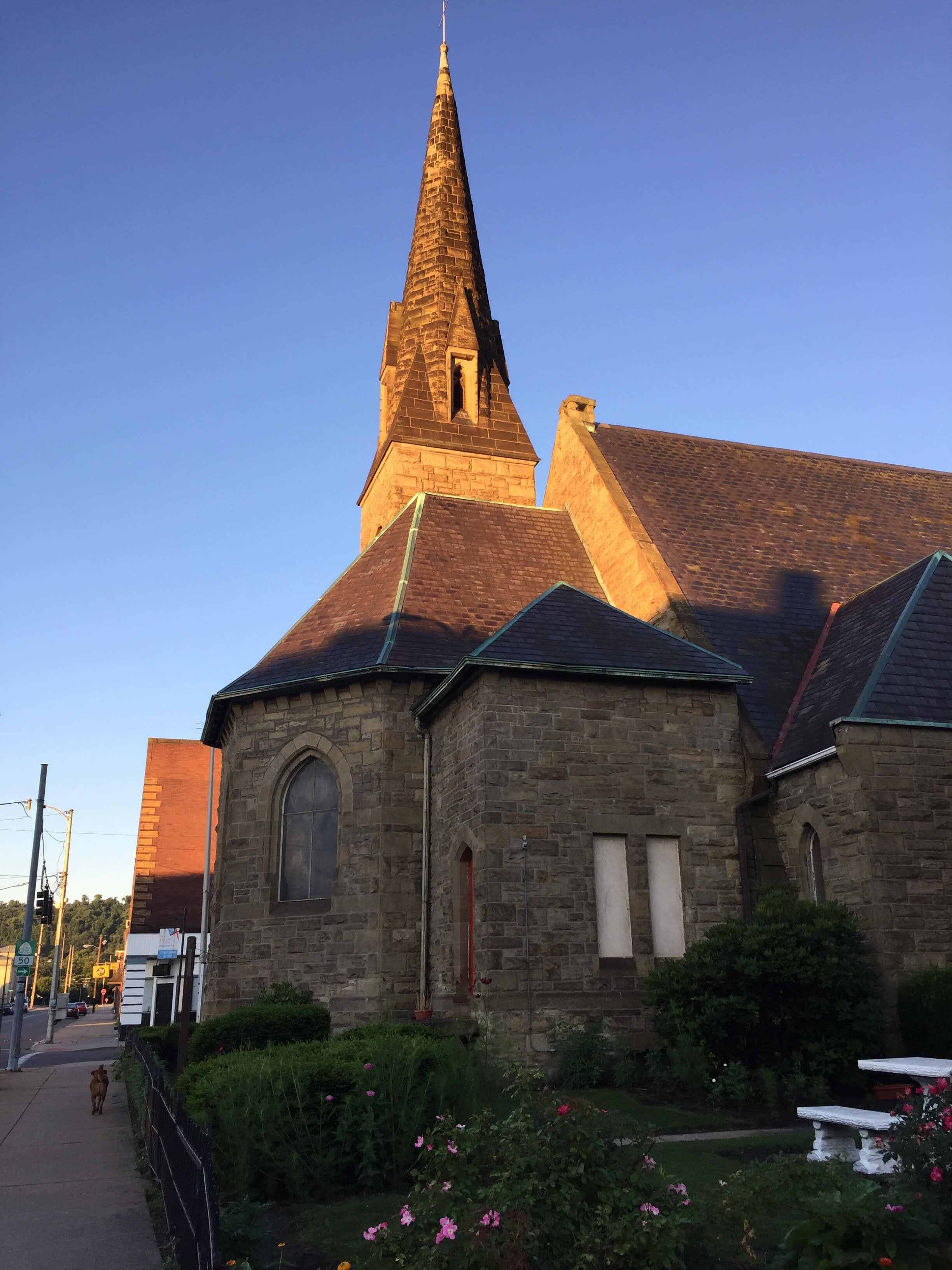 There are some small businesses hanging in but there are also homeless services and a job center and the dreaded temporary worker jobs housed in a glass mausoleum. Not proper work. 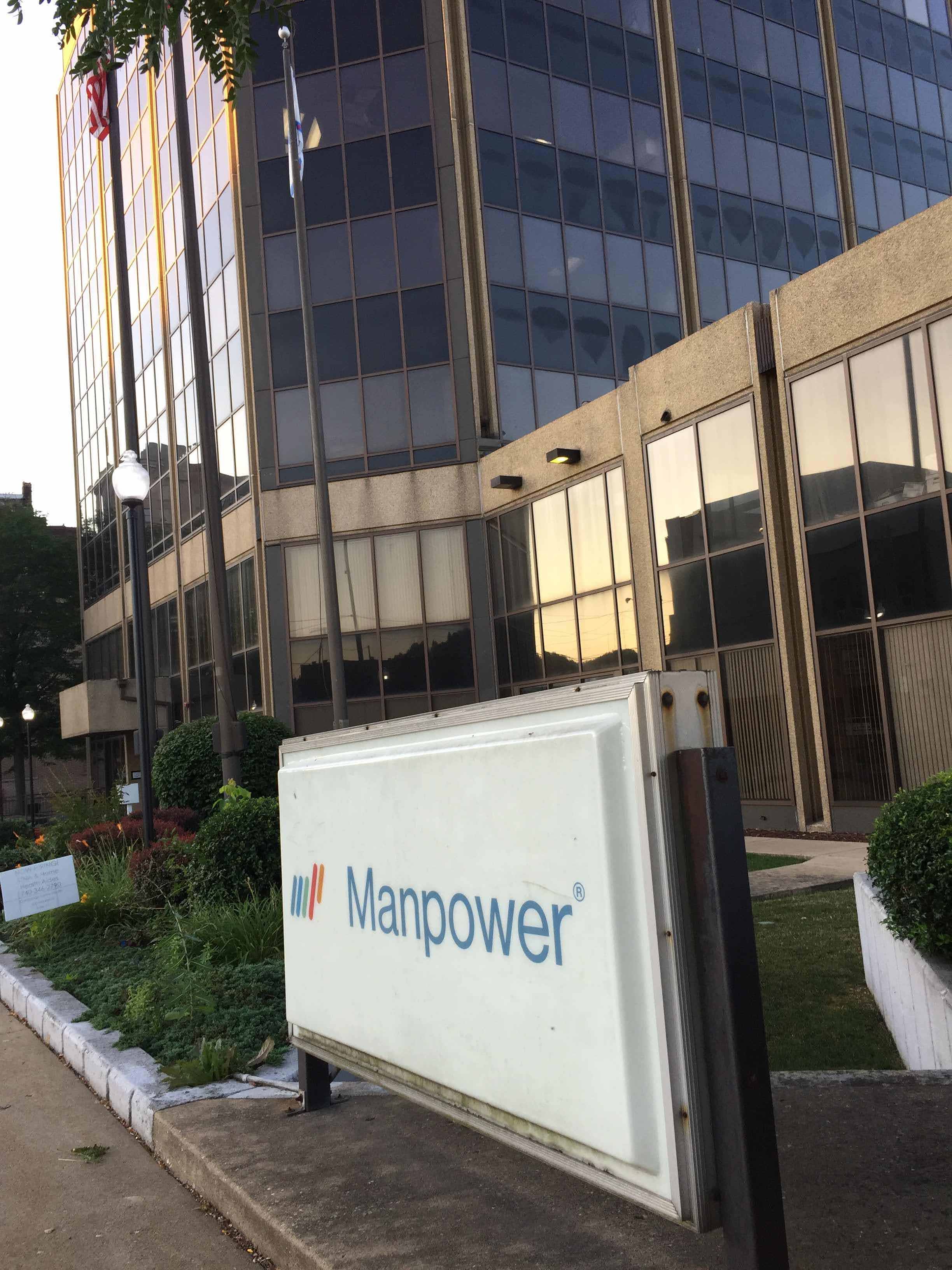 Then there is that other mark of poverty in the neighborhood. 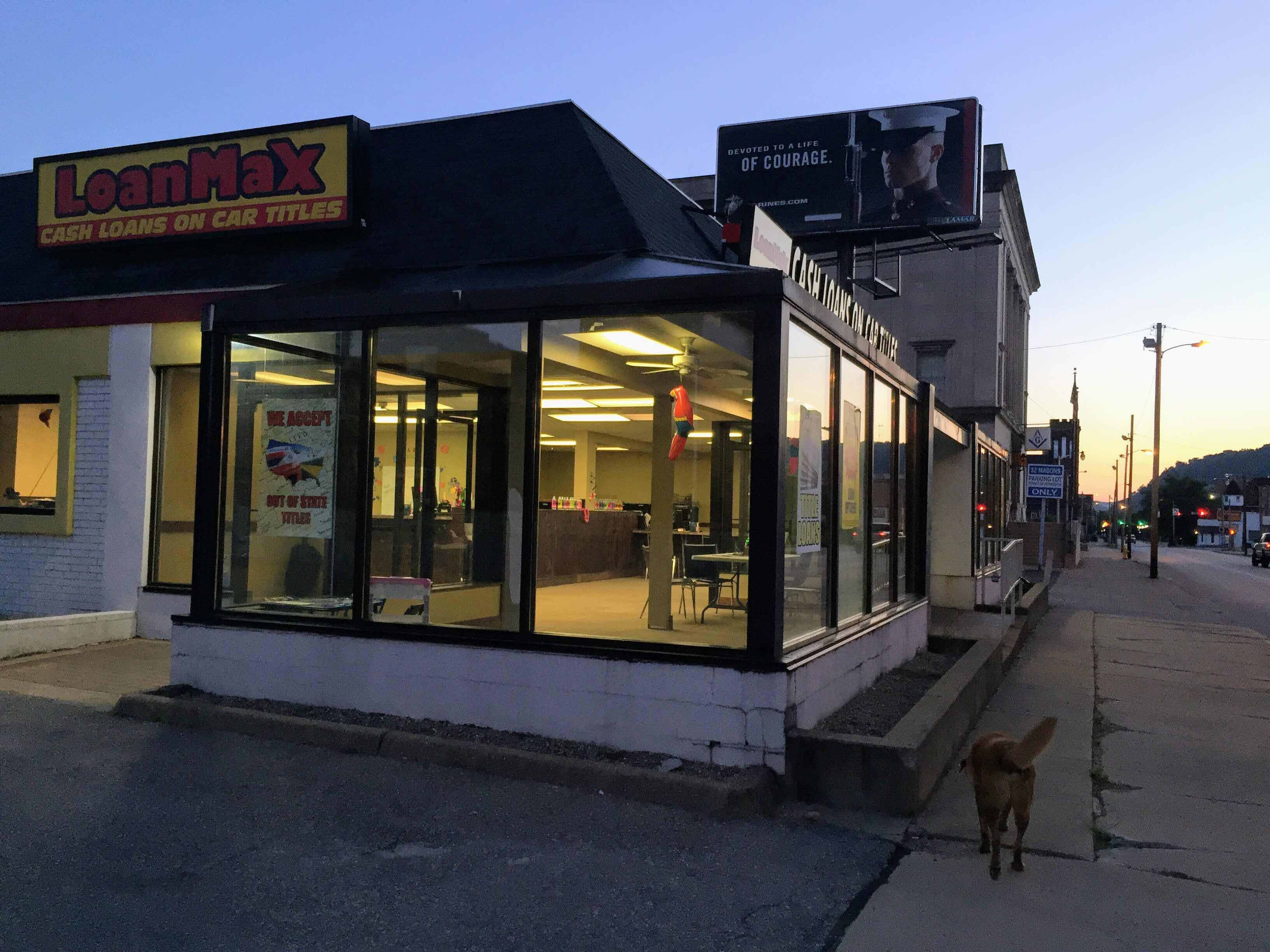 Ohio went for Trump, barely, but enough to get him elected and you can see why. There has been too much neglect. Now they want to knock off unions.  I live in a right to work state and it isn’t right. I hope the next generation brings back some of the greatest generation’s gains that we Baby Boomers threw away. Looking at the kids I work with I don’t think it’s likely. 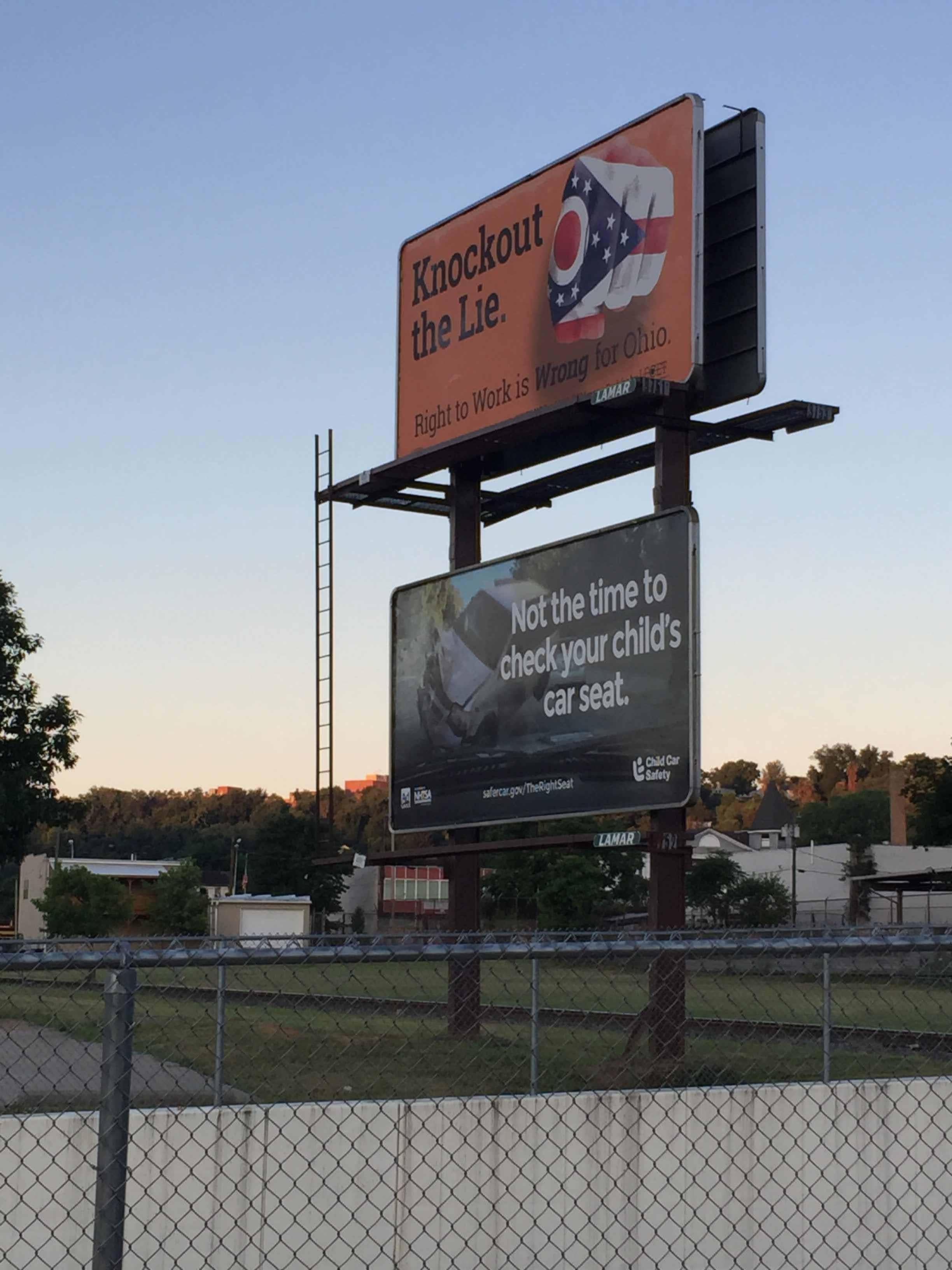 There again Trump hasn’t followed up on his extravagant promises most likely because he has no better idea than anyone else how to restore the Rust Belt. It turns out tariffs are driving manufacturers even further offshore. No one seems to have an answer.  Help yourself I guess. 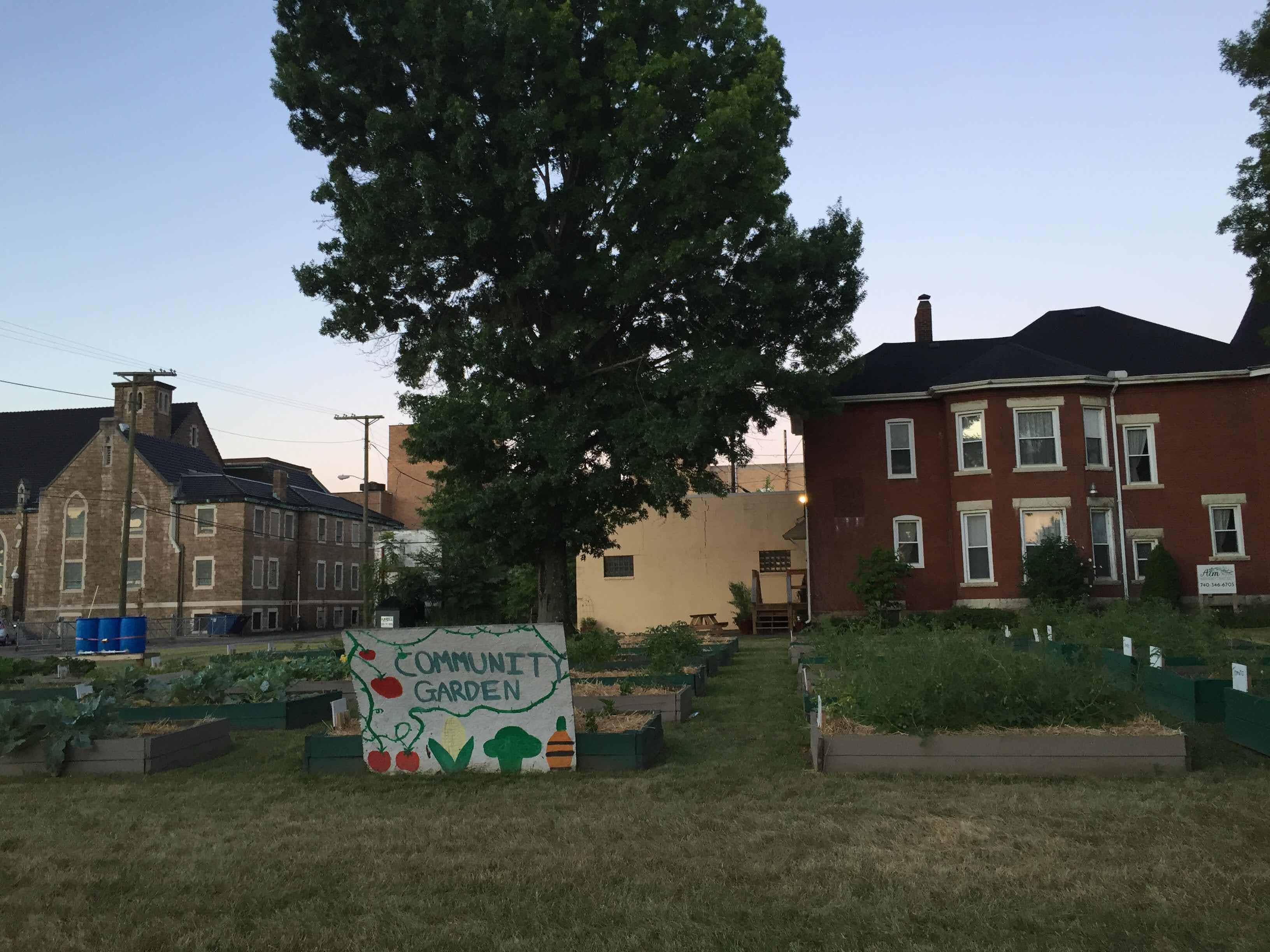 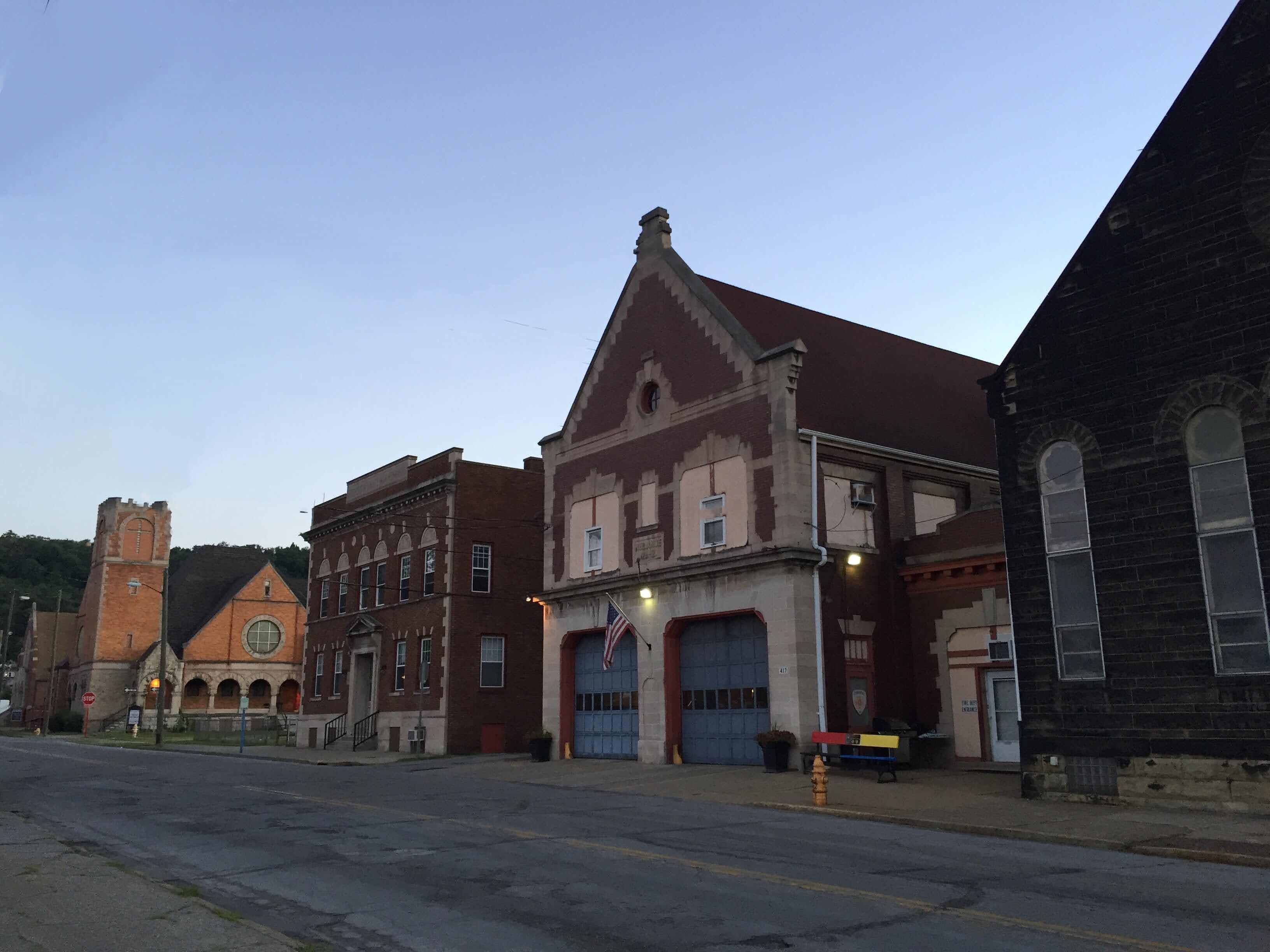 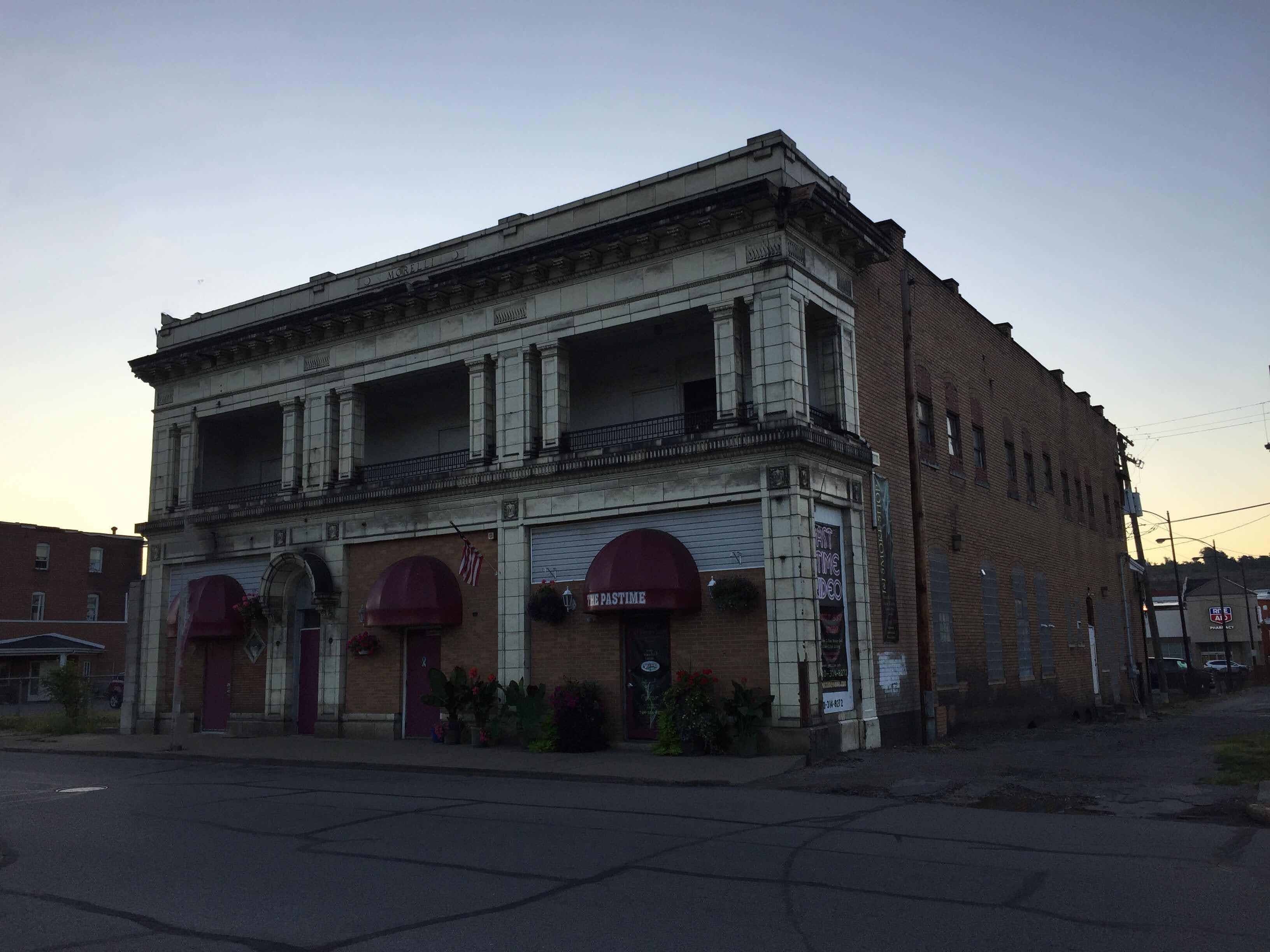 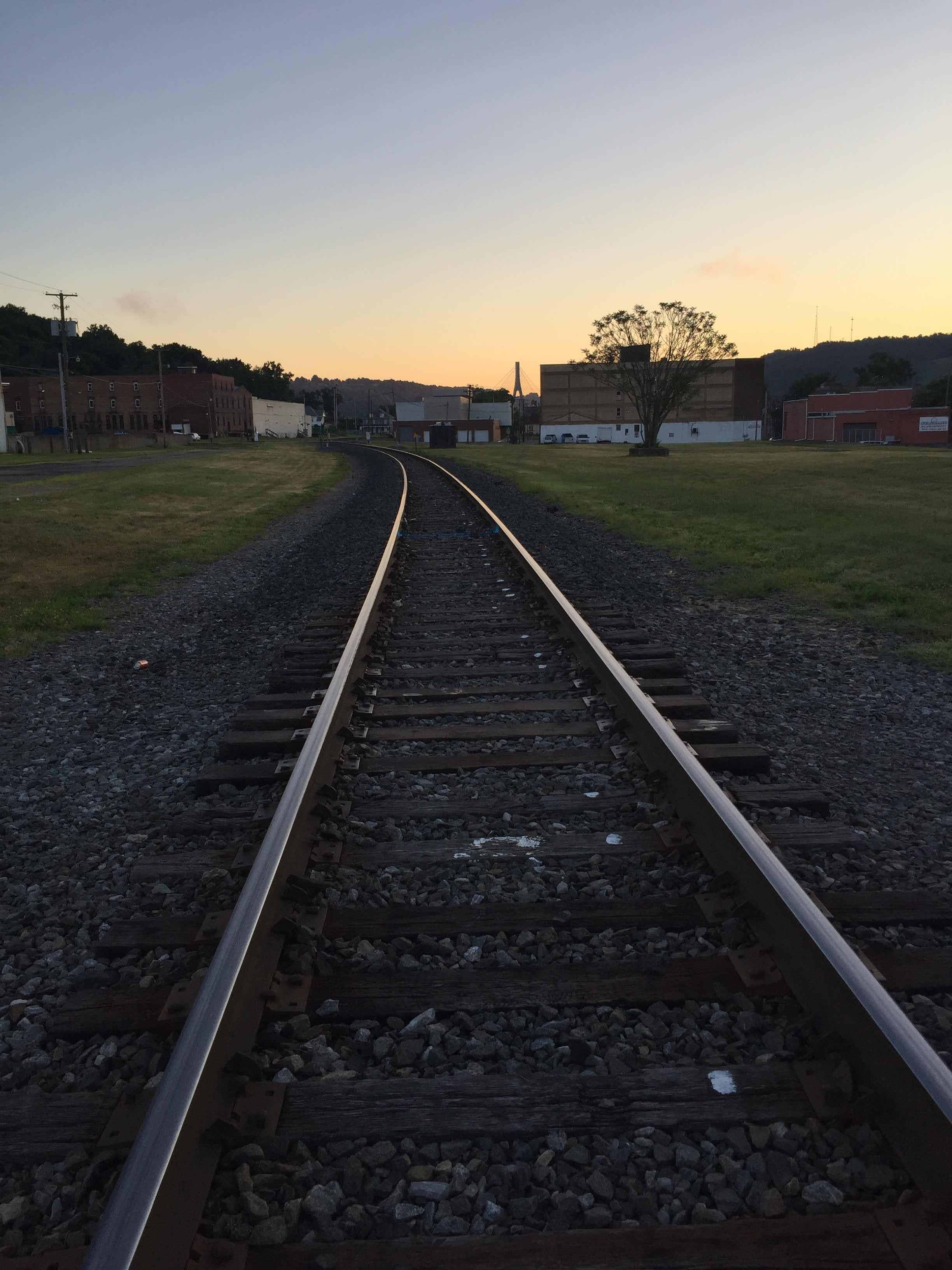 It was a great hour in the cool morning air in the company of my dog.  And Rusty gave no hint he cared how this town got to be so interesting to him. 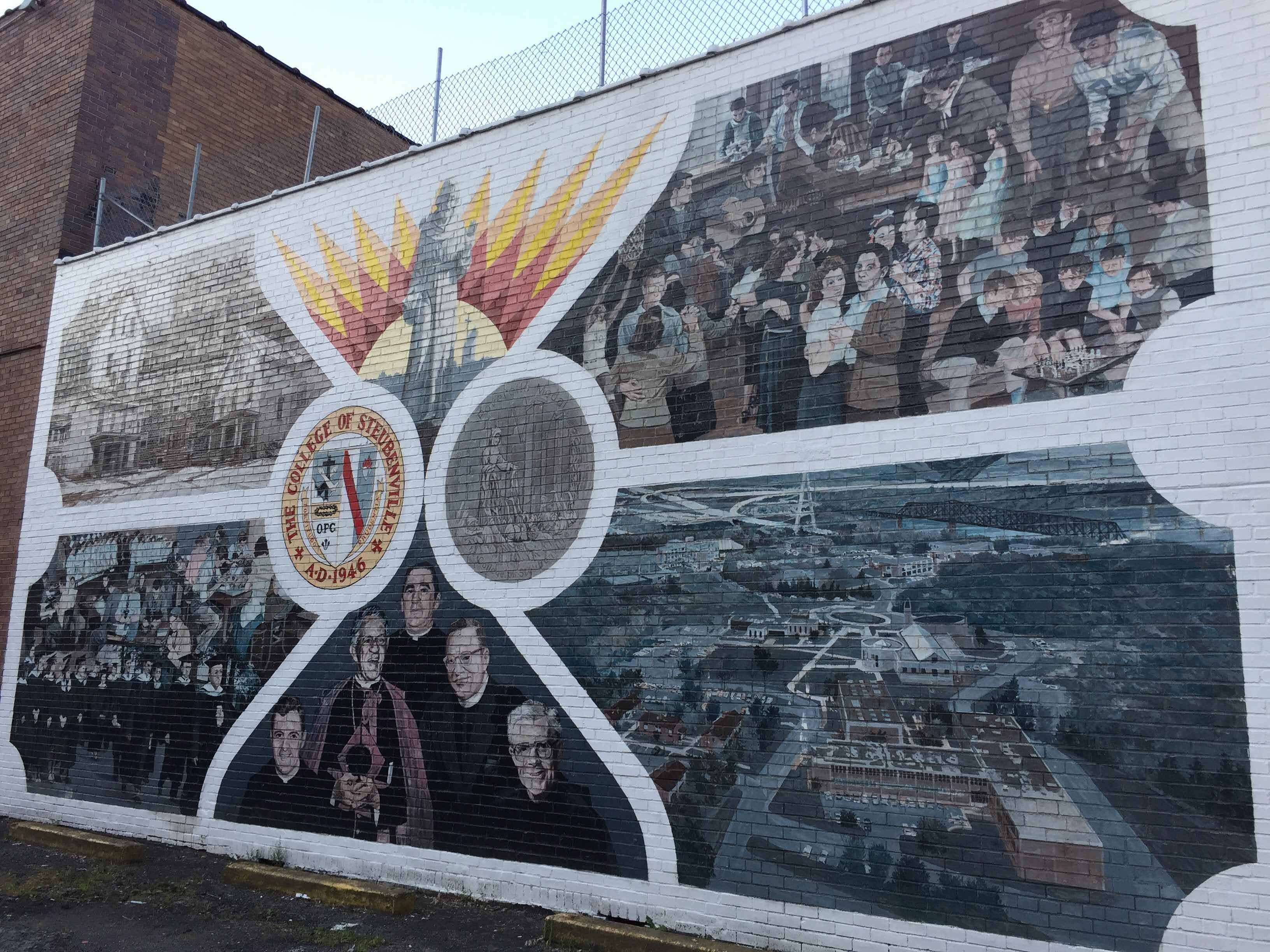 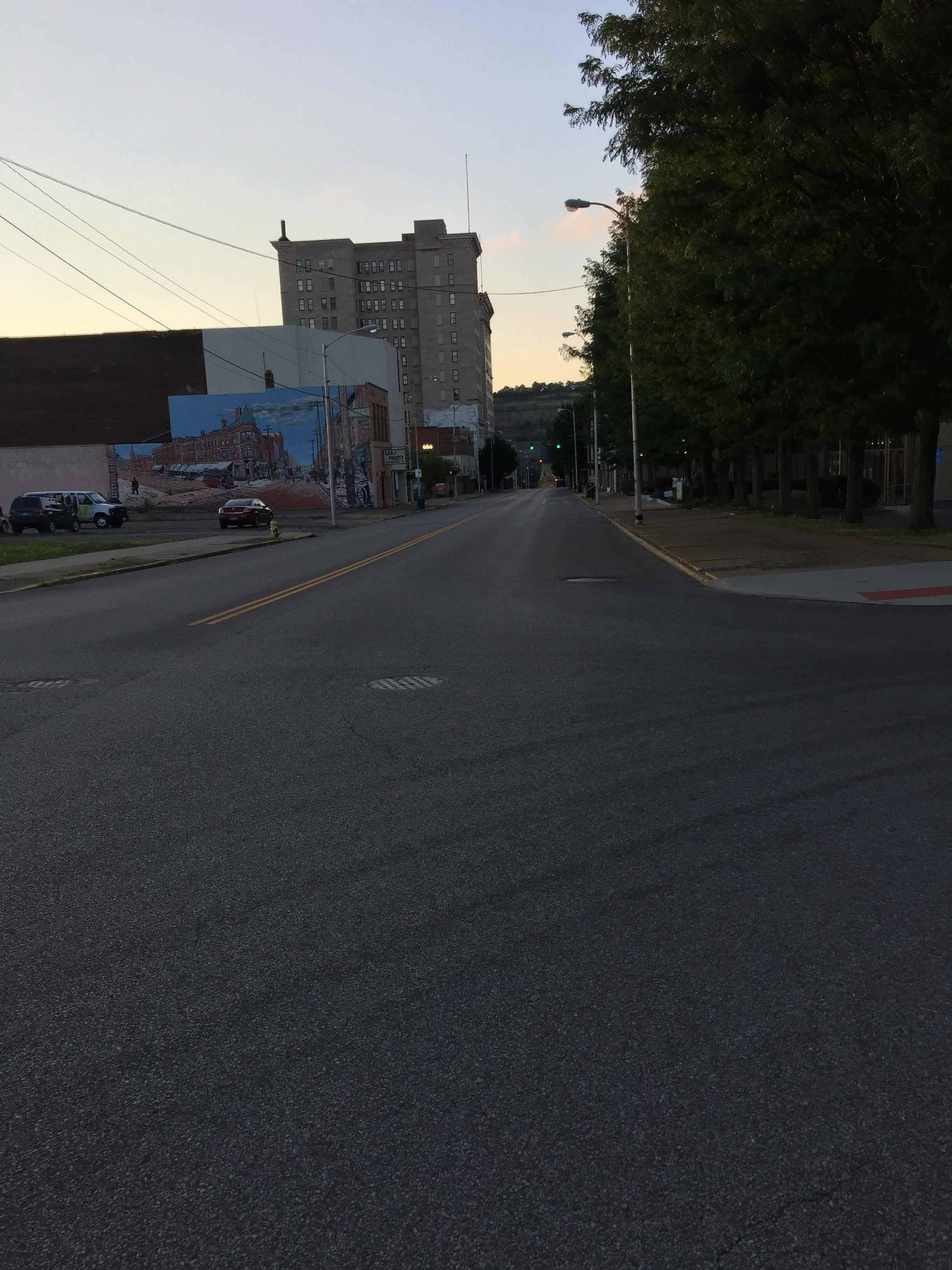 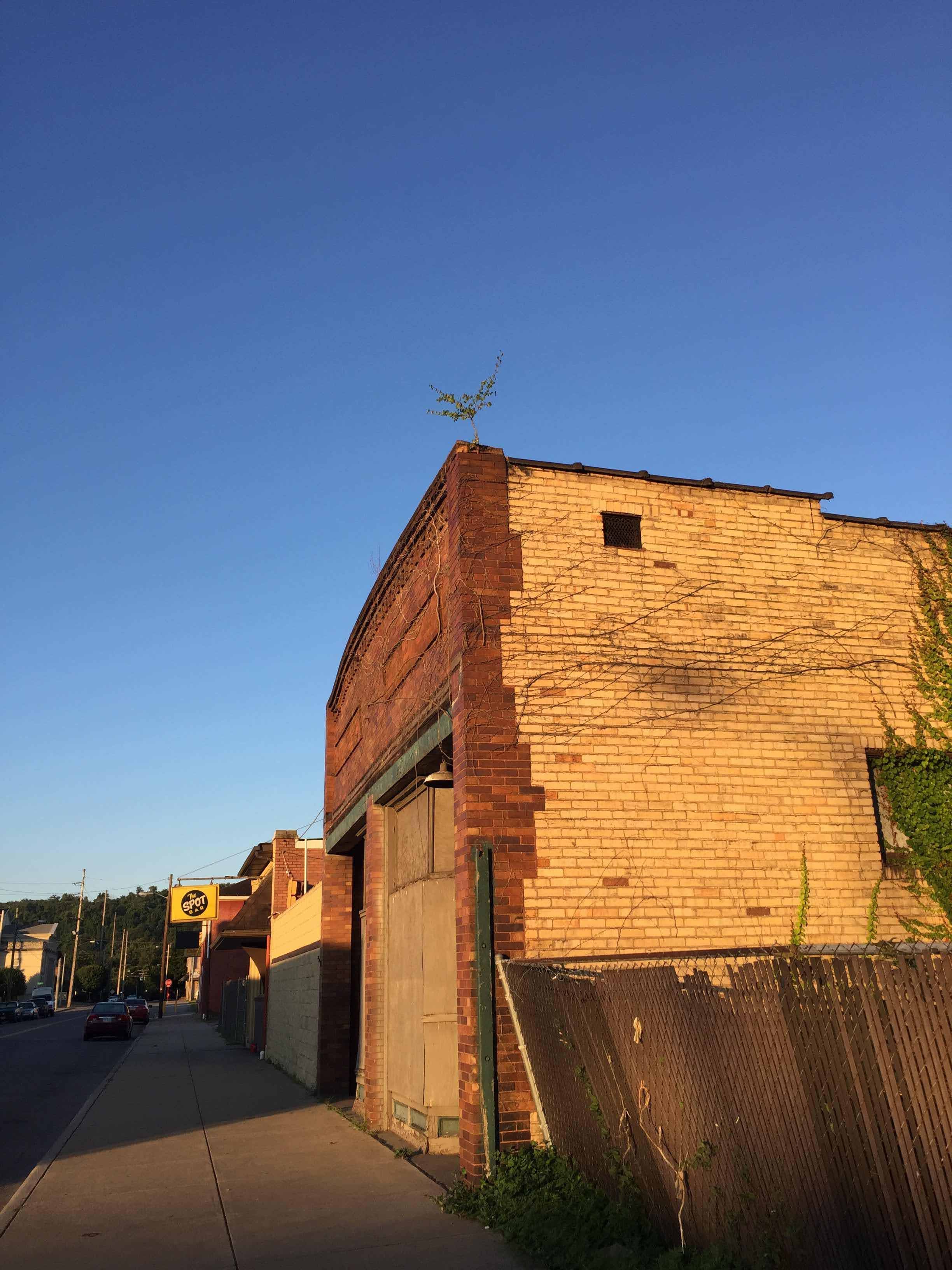 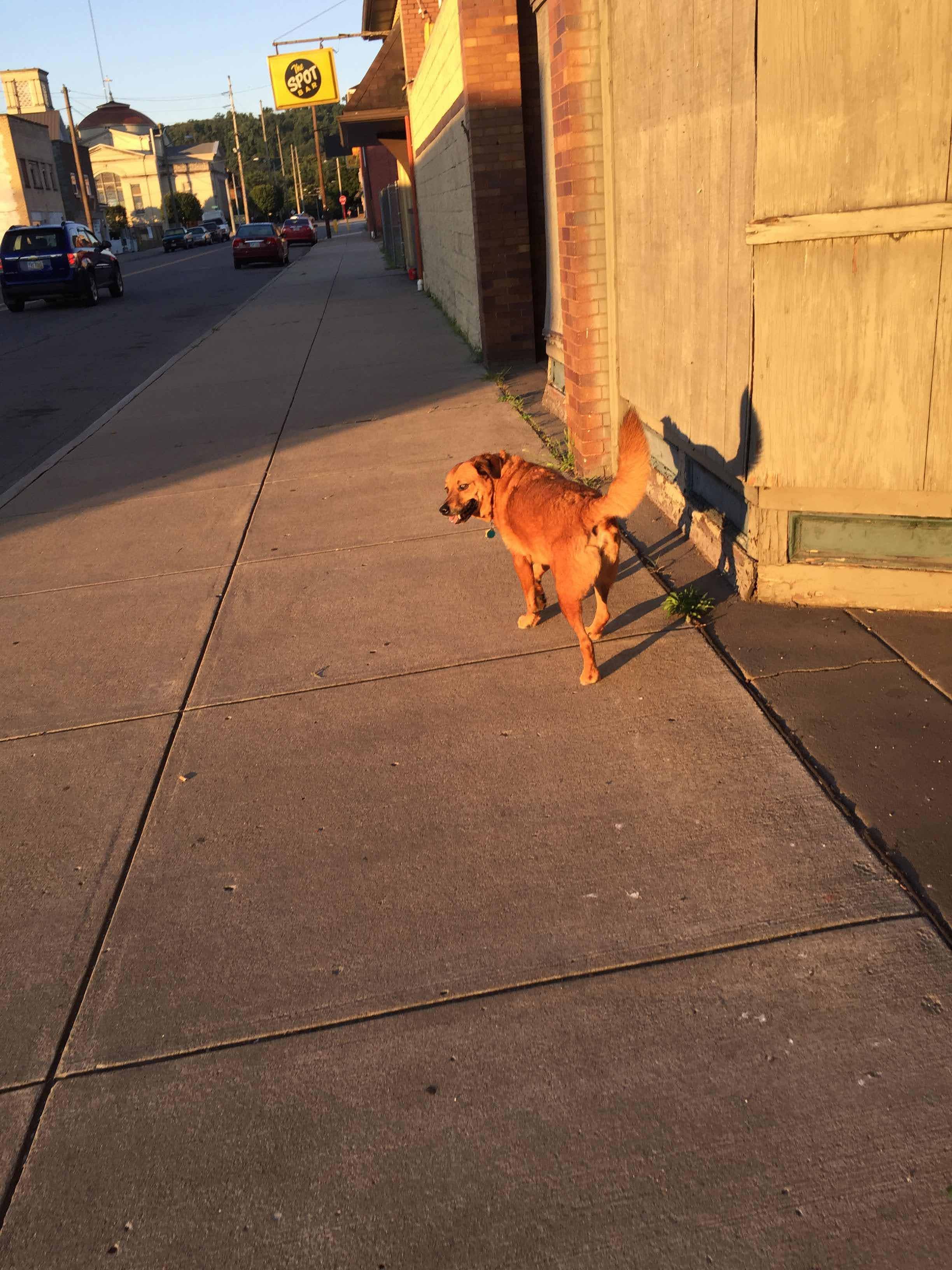