The parking lot at the county courthouse of an evening...Freeman was a big wig in the Keys in the mid 20th century, sheriff, elected representative etc...His name is everywhere including here. 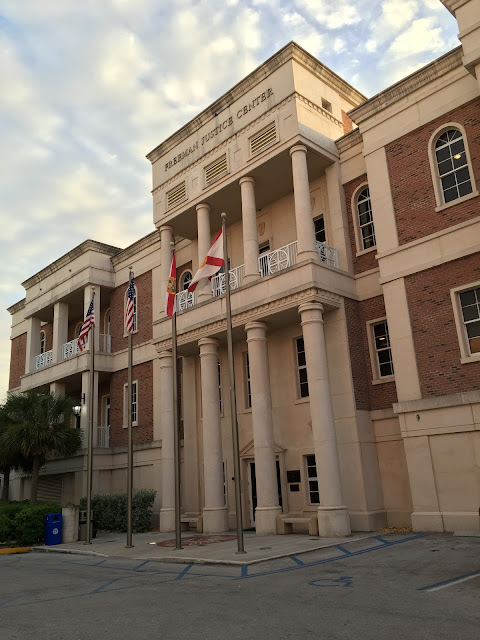 Walk the path through the vegetation at the side of the post office. Others have done this too as you can see. 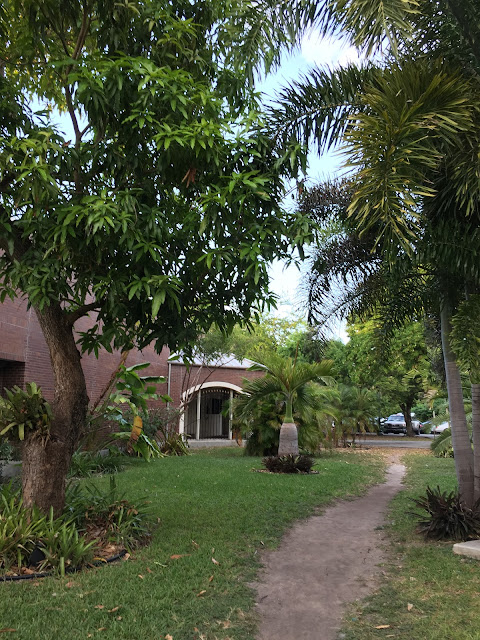 The Audubon House is up Whitehead Street and was looking lovely as I walked toward my destination, the theater. 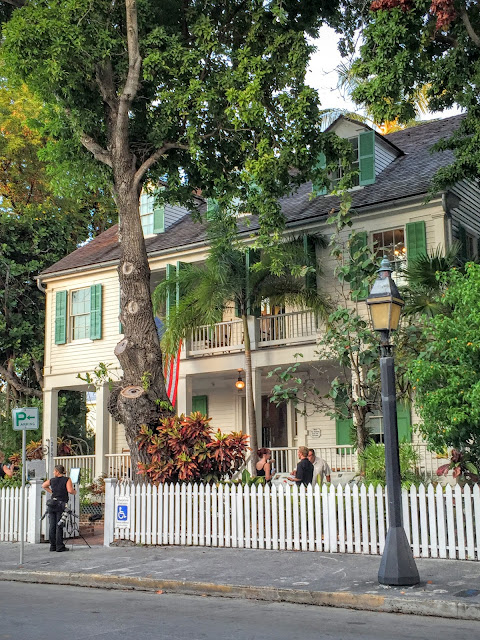 The gruesome t-shirt shops that are what greet cruise ship visitors streaming into town.... 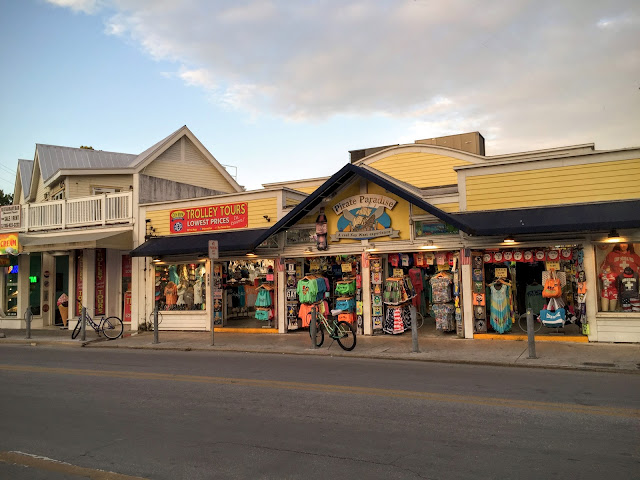 The attractions, the shopping, the approach to Mallory Square... 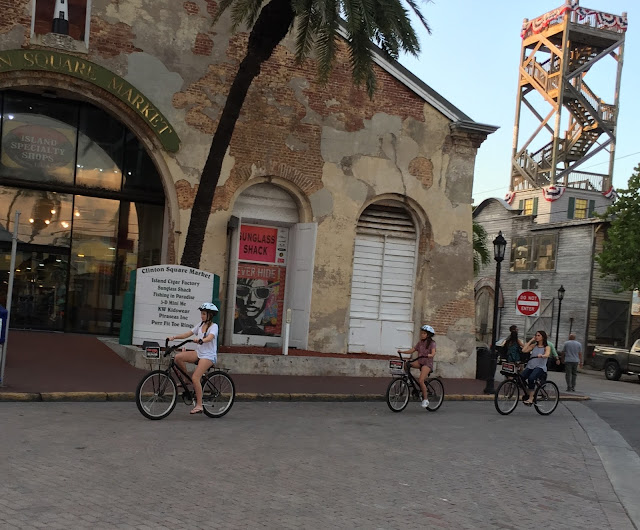 But I am diverting to the theater at the waterfront. And as there is time to spare I took a stroll through the Pez Garden. 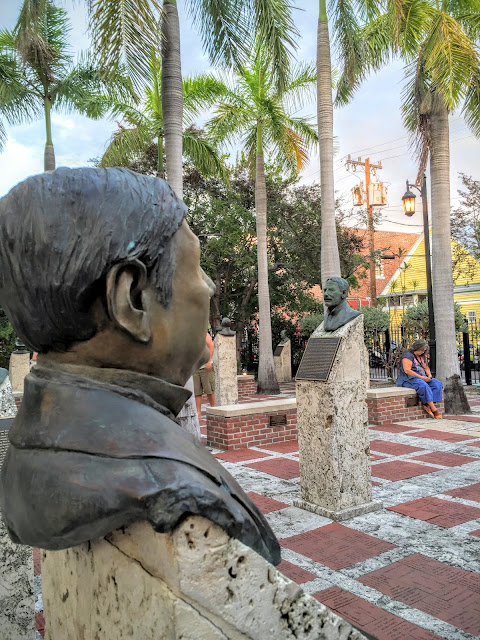 Its actually the Memorial Sculpture Garden and it is full of heads on blocks that look like Pez Dispensers.  It's not an easy place to write about as a photo of a head and  along description of the person's genius is about as dry  as eating sand. I made an effort in 2011. LINK 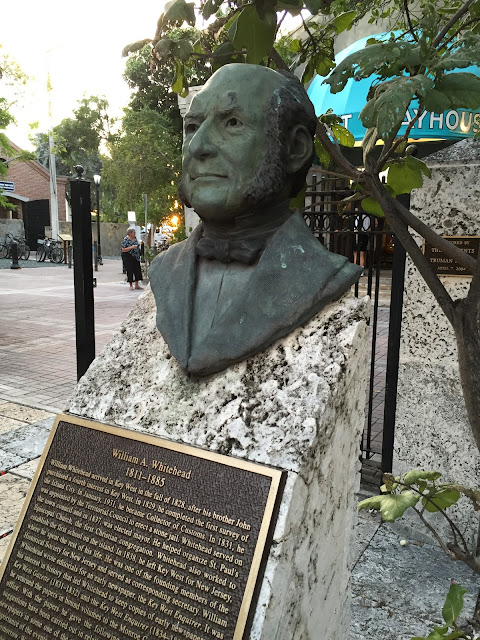 So I took a few more pictures including this one of a guy who put himself through law school as a lighthouse keeper, became a judge and has the Old Courthouse in Key West named after him. Look up at the building over the Mile Marker Zero spot and you'll see his name. If you aren't in Key west you can try it on Google Street View and you'll see what I mean. 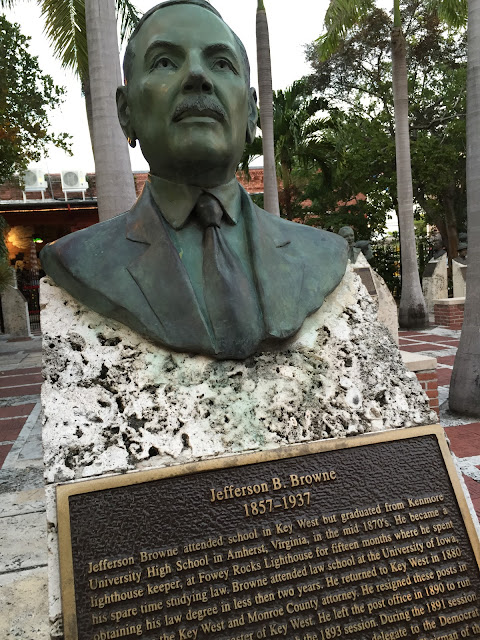 I am not sure what these august personages think of this fine figure of a man peering at them from behind a 21st century uniform of flip flops cargo shorts wife beater and backwards baseball cap. 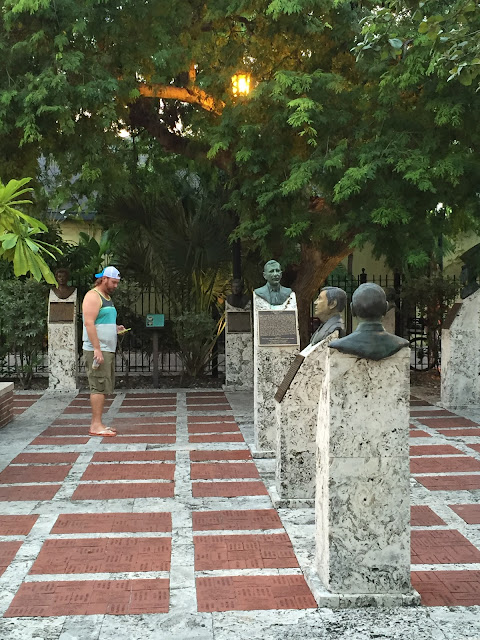 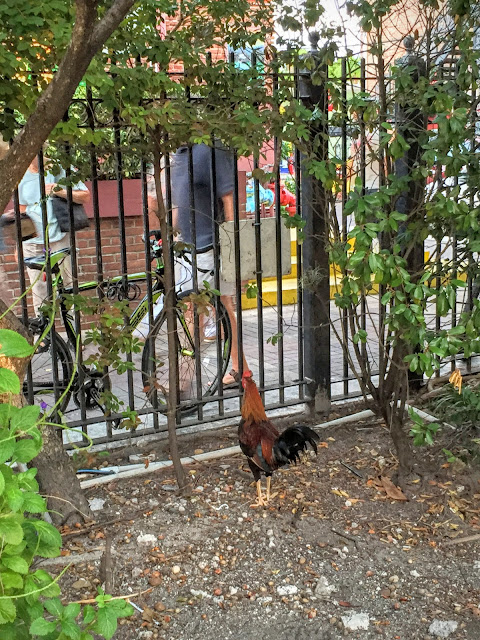 And this woman who appears to be very likely a woman who preferred the company of women. An interesting biography of someone committed to doing well by helping others. "Eccentricity" notwithstanding. 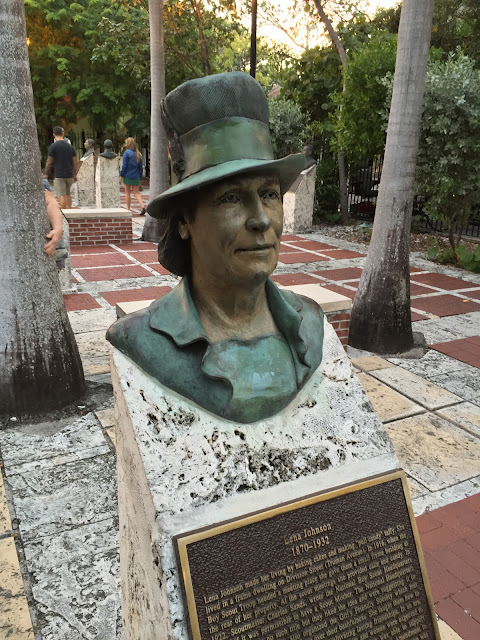 I have no idea who to photograph and how to describe all these heads (LINK) without getting boring. This man liked his straw hat. There, let's move on. 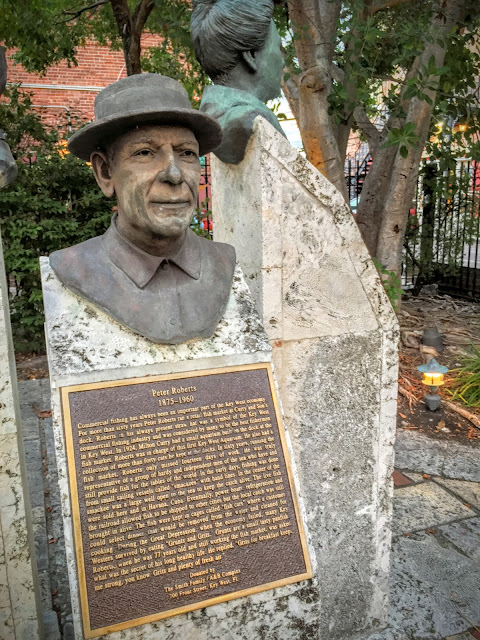 The play was a monologue given by an actor representing Theo Van Gogh talking about his brother the artist after his death. It was very moving and  surprisingly informative too. The 90 minute play was written by Leonard Nimoy so he's done more than played the pointy eared alien. It was a worthwhile evening out. 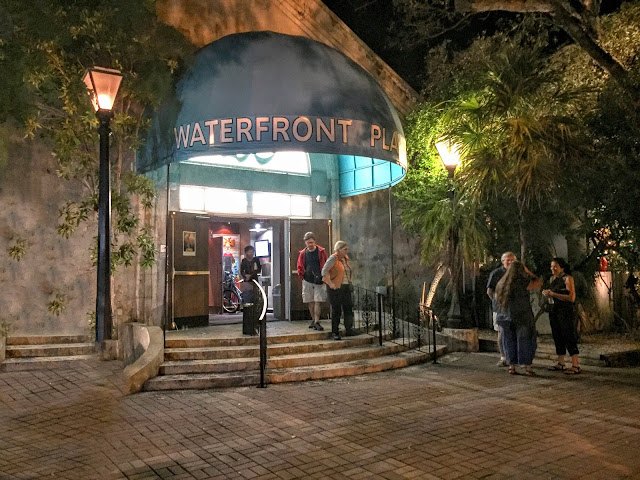 We came in at sunset, we left after dark. A new Key West was before us: 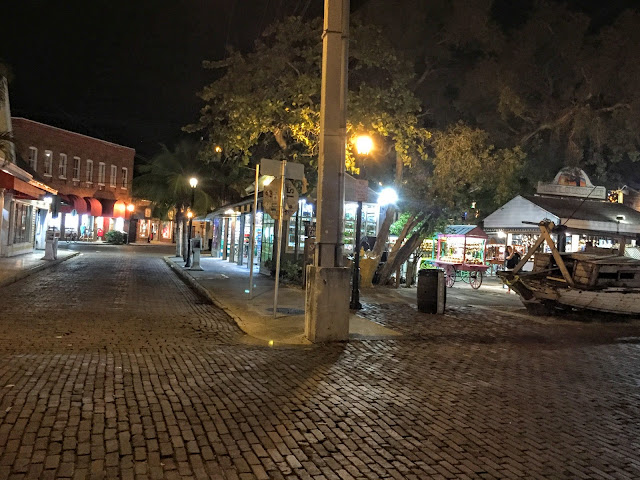 And the souvenir shops were still there. 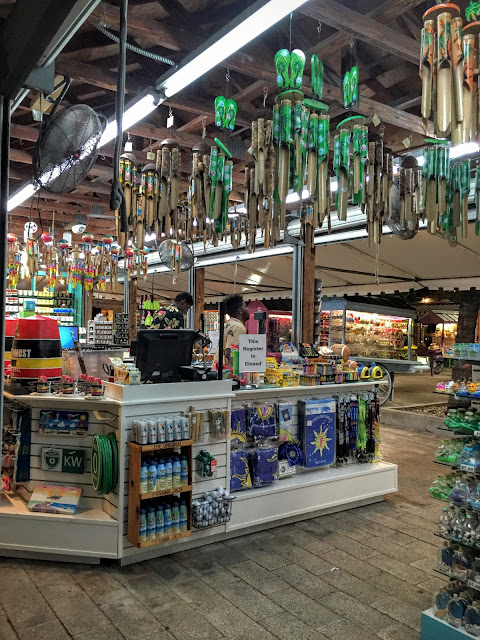 Walking back to the car we passed a little joke, a shadowy figure behind the frosty glass of the old jail. Carl von Cosel, the man who loved a corpse (LINK) is who is depicted. Very creepy. 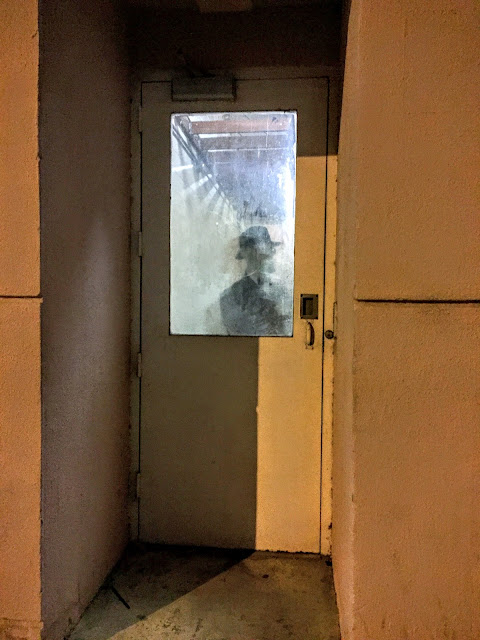 And so home to a dog and to bed. 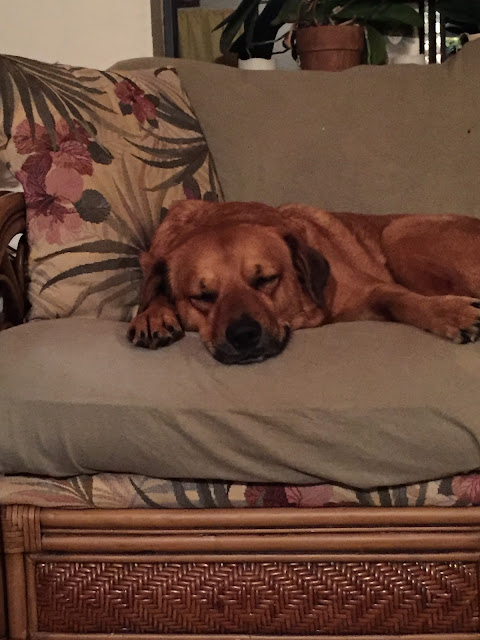