It's been a while since I've been out on the old Seven Mile Bridge and if I have to be honest I didn't get far on it this visit. I did get some pictures... 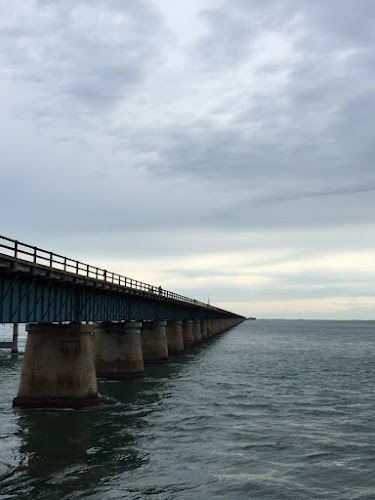 The parking lot at the Marathon end of the bridge is formed by the approaches to the bridge though nowadays... 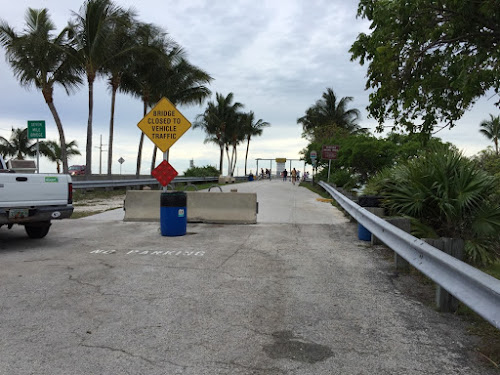 ...it's open for pedestrian traffic only. Bring a bicycle if you prefer. 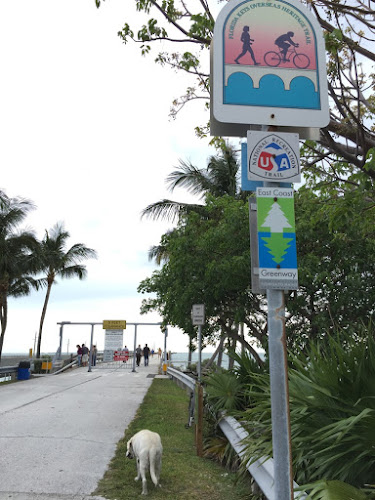 Though access to Pigeon Key is not allowed from the bridge, and access is now allowed only by boat. 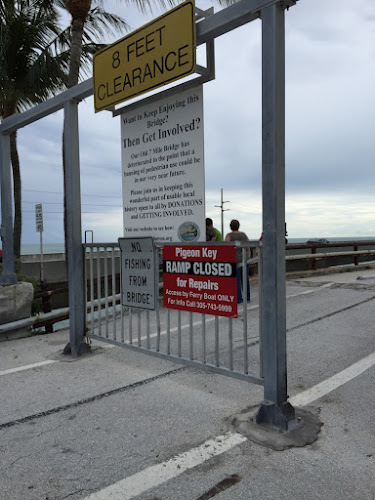 Cheyenne was thoroughly unimpressed by the bridge and refused to walk any further which I found disappointing especially as it was a relatively cool, dog friendly overcast day. The hand rails are made from the original Flagler rail tracks laid in 1911. 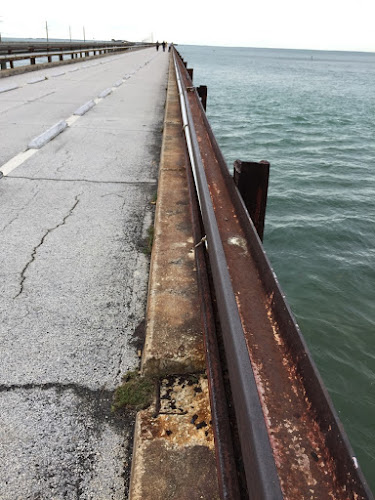 When the State of Florida purchased the rail line in 1938 it had lain dormant for three years after the storm of 1935 tore up the track and rendered the already unprofitable railway beyond repair. Imagine in this era when conservatives know the cost of everything and the value of nothing if such a government purchase would ever be allowed, and imagine then, the loss to future generations had not a road been built over the rail bed and bridges... Trains were kept down to a supposedly safe 25 mph on the bridges and the ride from Miami to Key West took 12 hours. I remember driving the old highway in 1981 and that trip took five hours to get to Homestead on the awkward narrow road. 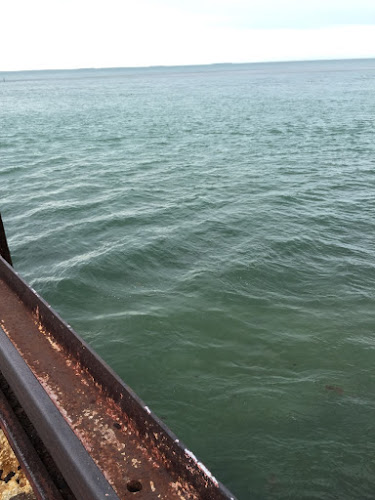 They built a park at the foot of the bridge those spendy government types and very nice it was too. 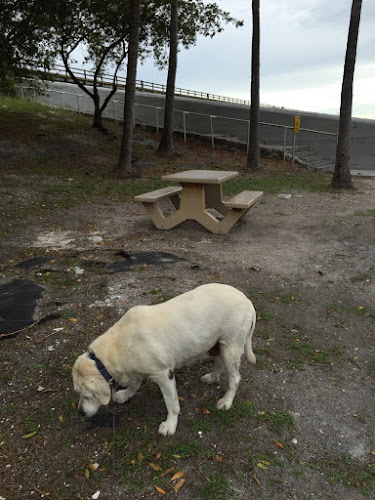 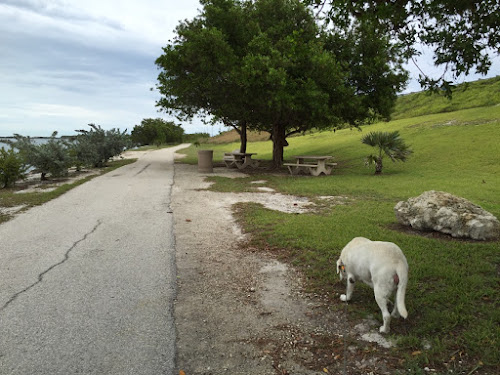 There is well preserved pump station for the water line that was built (at government expense) to bring water to the Navy Bases in World War Two. It was the first time Key West residents saw piped water in their city. The new road in 1982 also brought a new larger pipe making the old system obsolete. There is a similar pump station structure next to the Bahia Honda Bridge, though that one is open to the elements and serves informal duty as a rather noxious public toilet for anglers. 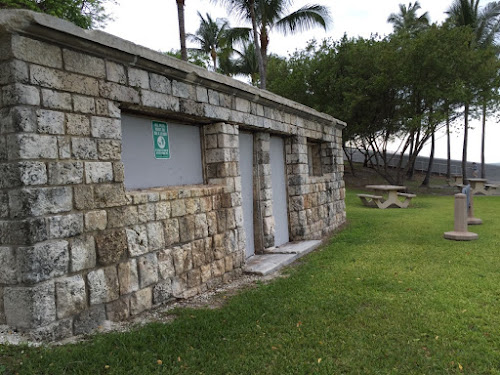 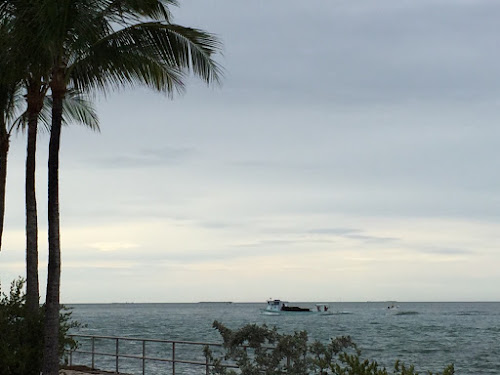 We sat and contemplated the meaning of life, my dog and I. 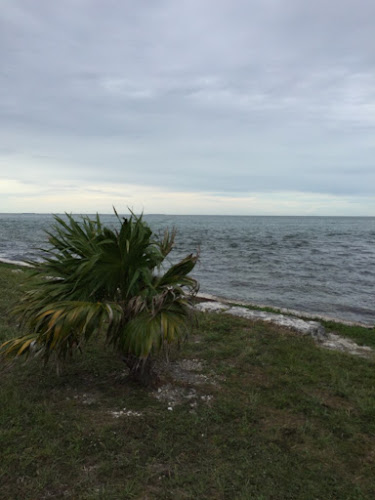 There is a website aimed at preserving the bridge that was built with Flagler's Standard Oil fortune. He was fond of saving that were it not for Florida he would have been a rich man. His desire to build the Over The Sea Railroad was driven by desire not a profit and loss calculation. He hoped trade with Cuba, tourists for pineapples would make money but it never did. 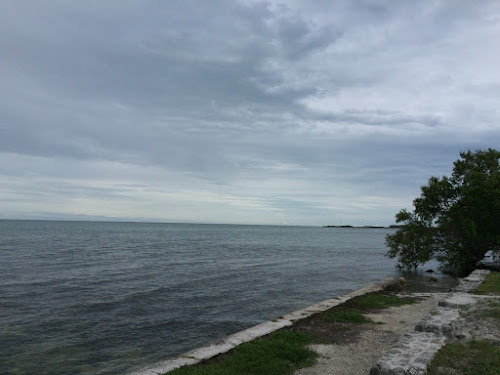 Link: https://friendsofoldseven.org/  Luckily there were architects with vision in those days  and they left behind objects of utility for people at large. 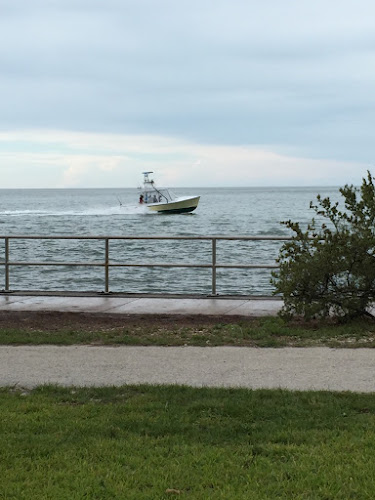 I wonder in our disposable age if the robber barons of our time will ever gain the vision to create objects of public worth to no profit for themselves. Not so far. 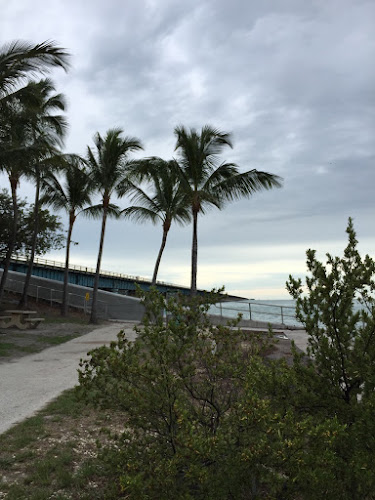 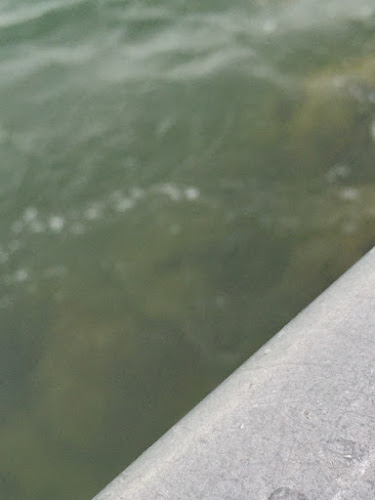 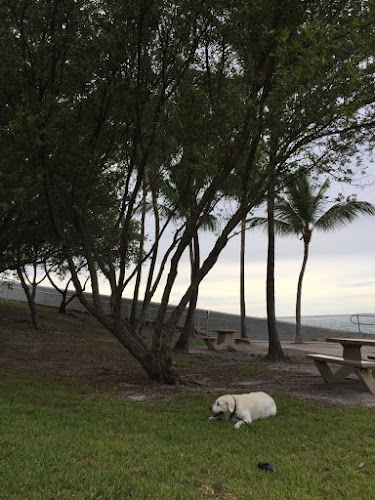