Today's essay is in a small way a response to those who wonder out loud about the Key West that works. Like the dude who cleans the sidewalks and opens the huge metal doors so the visitors can get inside El Meson de Pepe and have a slice of Key West's famous Cuban culture. 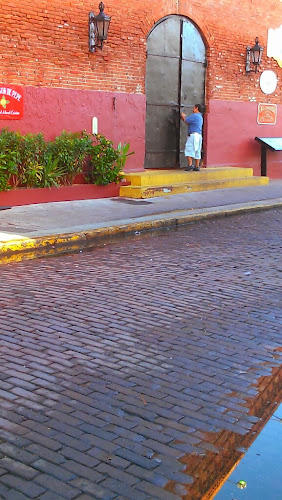 A while ago I learned this new word called "journaling" which I thought meant hoarding newspapers like people do in their over stuffed homes. But no, it means keeping a diary it turns out. Maybe this dude was writing in his journal, or in modern-speak where nouns magically become verbs he would be "journaling." or sketching. Whatever he was doing he was shirtless on the street in November and comfortable. How d'you like them seasons now? 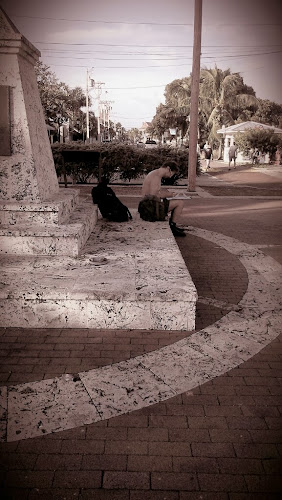 Cheyenne breakfasted al fresco and you should have seen the pissed off rooster who discovered he had overlooked lunch. Cheyenne was a good neighbor much to my surprise and left the chickens a hefty slice. Cheynne is the first dog to own me who seems to recognize the limits of her appetite. Feed her too much and she stops eating when she's full. Most dogs I know would eat till they burst. 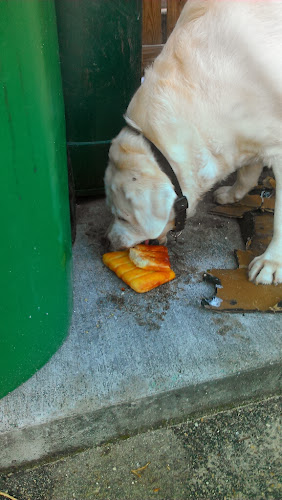 Sweeping is a big job in a city filled with trees. If you look at the old pictures of Key West you'll see far fewer leaf dropping trees than in today's tourist town. Around here leaves fall year round so the gentle screech of incessant leaf blowing fills the morning air. Some few sensitive souls are learning to go old fashioned and use brooms. Old tech trumps new more often than you'd think. 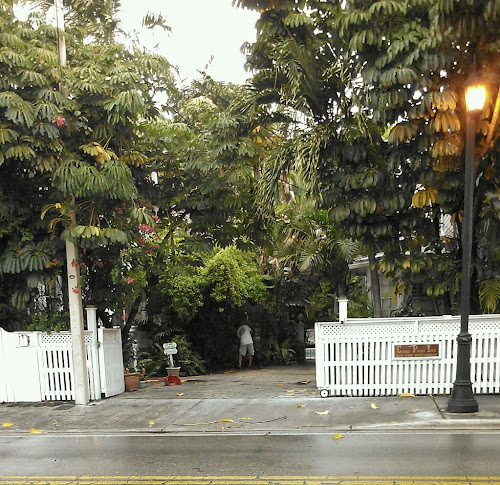 I don't think much of leaf blowing at the best of times but coming into the city recently I saw a golf course employee on Stock Island assiduously blowing the asphalt paths on the golf course. Do golfers really get upset if they to roll their motorized carts over dead leaves? What a very odd pastime golf is, thus Mark Twain was correct once again. 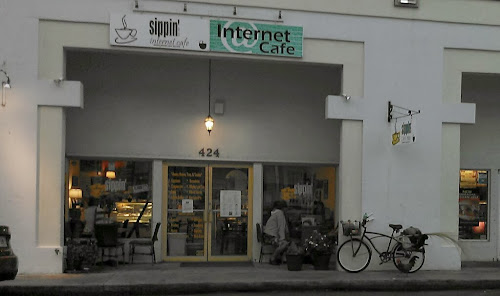 The bums taking advantage of outdoor seating provided by Sippin' were vocal about Cheyenne sitting in a puddle. What does the good book say? Take the log from your own eye before removing the splinter from your neighbor's. I figured they would do better to take their own ablutions in a puddle than not at all, and not at all was the aroma they wafted. 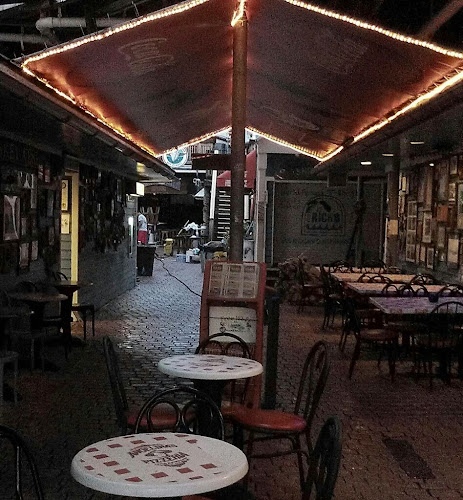 Pretty in pink, we took a call about a woman in pink the day before I took this picture. That one was lying in a homeowner's driveway and the poor lady caller freaked out because she almost ran over the passed out woman. We sent cops as we always do and I guess they moved her on. The cops I dispatch are men and women of infinite patience and no matter how many times that scenario is repeated they just keep doing what they do and never lose their minds as I would, dealing with the same people over and over. 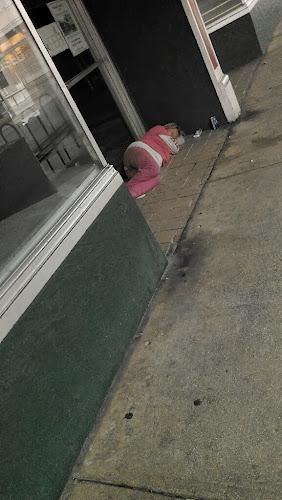 I watched the five dollar store clerks arrive on Front Street to open their businesses, stepping over and around the sleepers on the street. It's how the day begins in Key West's busiest neighborhood. 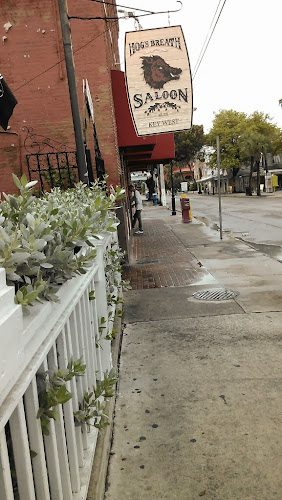 They wash the sidewalks and public works sweeps clean Duval Street, making everything ready for Cheyenne to strut her grand entrance. 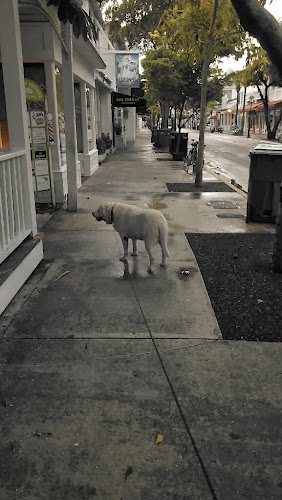 I was quite surprised to notice a man sleeping in a Toyota Yaris on Duval Street. Actually it was a double take that confirmed the gray figure curled up on a gray damp morning. I figured a tired drunk tourist. A couple of days later I saw the Yaris in front of the Grand Café so I revised my guess to a tired employee of some establishment on the 300 block. I liked the flag, patriotic law breaking! 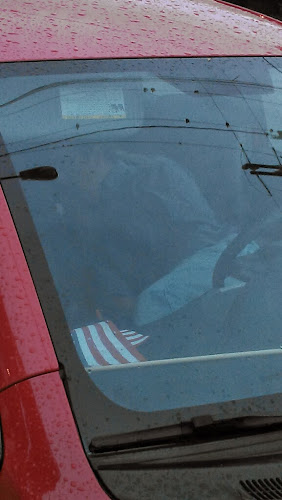 The use of "our" is never a good sign to me on a menu. Silly words like our and over used nonsense like signature and the terrible gourmet and I steer clear. 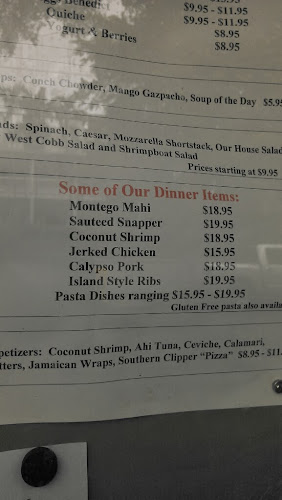 "Our" is usually theirs, and "they" deliver by the ton. 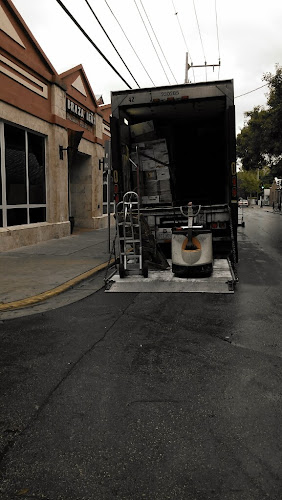 They all do it. Boxes of frozen seafood. In this maritime town. And if they don't go cheap with frozen food we whine about the prices of proper local fresh seafood. Who would be a restaurateur? Like Trobaritz I incline more and more to home dining even though I'm not a vegan like she is. Home cooking comes from sure sources with no unnecessary salt sugar and fat. 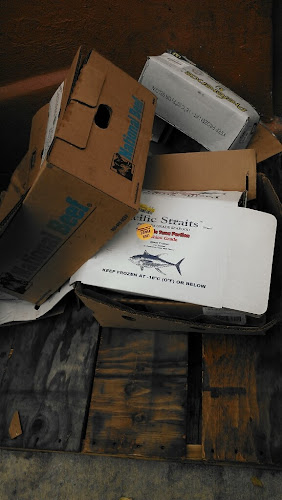 Two of them were cleaning a bar, getting ready for the day. One worked and this one supervised. 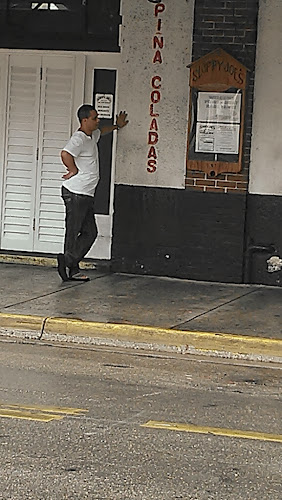 This is where Cheyenne first met snow, and she pretty much ignored it. 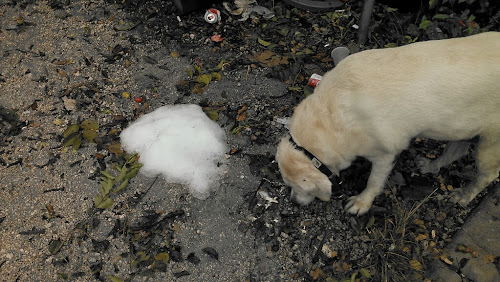 I know it was just a pile of unneeded ice from some establishment that didn't have a use for this stuff so dumped a small pile of slush where my dog found it. Any idea how much energy was expended making this pile of melting snow? What a world we live in where we can freeze nature and toss it away with nary a thought of the cost.