One of the apartments loaned to me during my time living in Key West was close by the newspaper building on Northside Drive. I was aware the building is for sale but that knowledge did not decrease my distress every time I drove past the sign. For some years now the Key West Citizen has been printed in Miami and since Hurricane Irma the paper has appeared only six times a week, making it no longer the daily paper of the Keys. 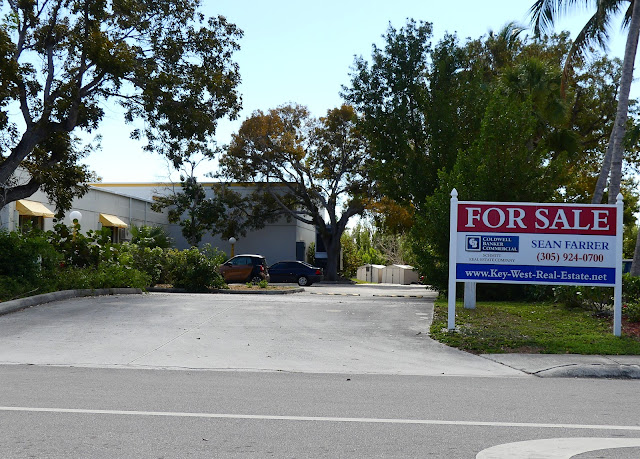 I was actually surprised the paper returned at all after the hurricane but it has though it is not a dynamic institution at all anymore. Enterprise journalism in the modern era requires a certain electronic flair but the Citizen fails hopelessly at updating or following news online. Weekends are barren as the Sunday paper is gone and reporting is now essentially a Monday through Friday operation. 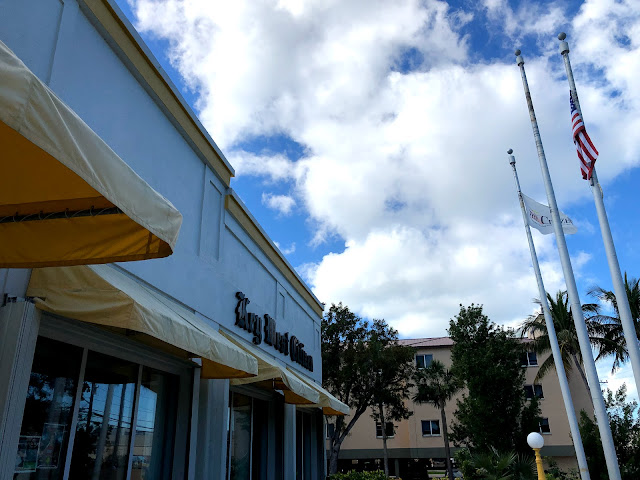 The building is decaying in front of our eyes, and when I stepped inside momentarily there was no sense of bustle or liveliness. I have never been a newspaper reporter but I have spent time in newsrooms in newspapers in my capacity as a radio reporter and the state of the  Citizen saddens me. We all know newspapers are in a  parlous state and reporting is suffering but the newspaper I remember as a dynamic afternoon paper printed in town and on the streets daily is shriveling before my eyes and seems to be going down without a fight.  Perhaps its the best we can hope for in this day and age, but I want to avert my eyes from the tragedy. 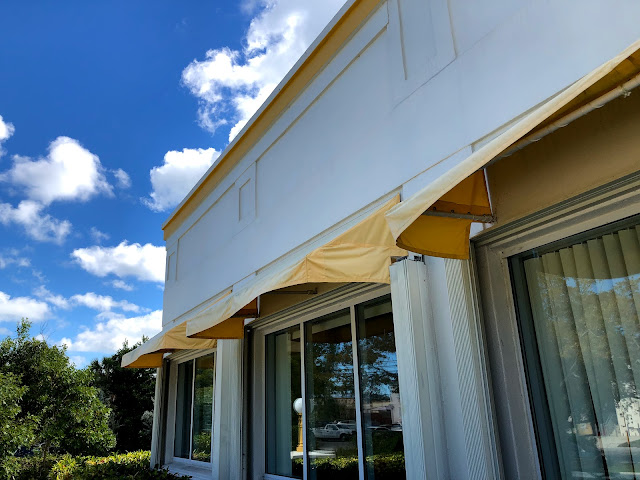 In 2012 the Art In Public Places program of the City of Key West started posting poems on the sidewalks of the city. Apparently this brilliant idea didn't originate in Key West but in Minnesota but has been enthusiastically adopted here. I confess my photograph was not brilliantly executed and the writing is a bit hard to read but Rusty was tugging at his leash, always a good excuse... 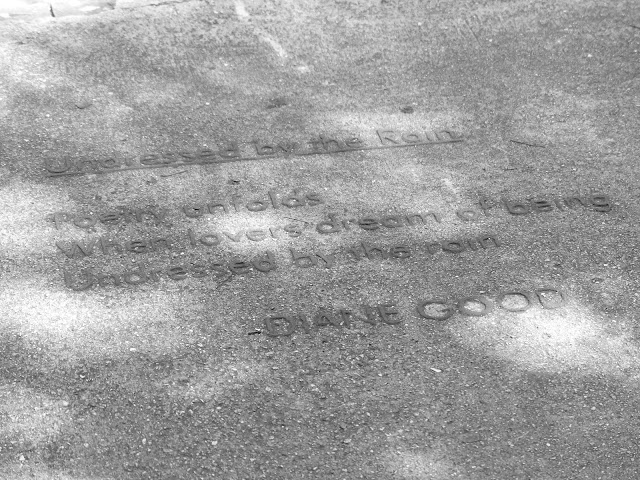 ...so I have included a note from the sidewalk poetry page by way of explanation: 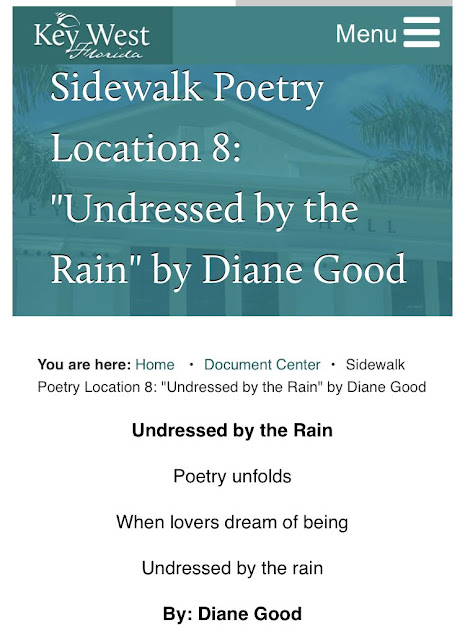 Location 8 it turns out is across the street from the Banyan on Whitehead Street. It's between Eaton and Caroline Streets. 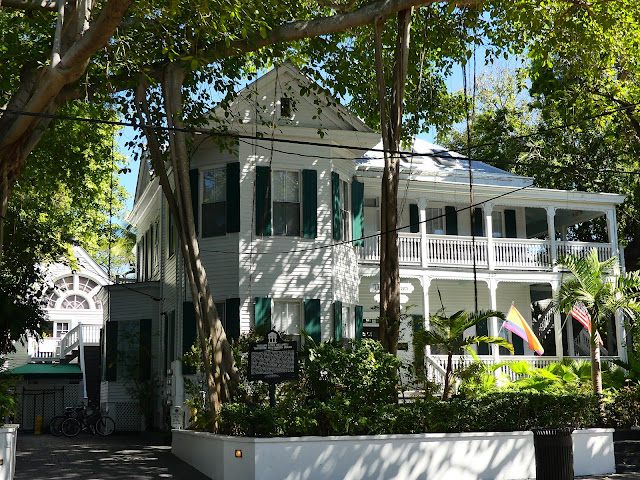 Just up the street is the Custom House Museum of Art and History. Sometimes it is misspelled as the Customs House but either way it has benches on the shaded porch and I enjoy people watching from the top of the steps. Steps that aren't easy to climb in my current physical state but I do love the view. 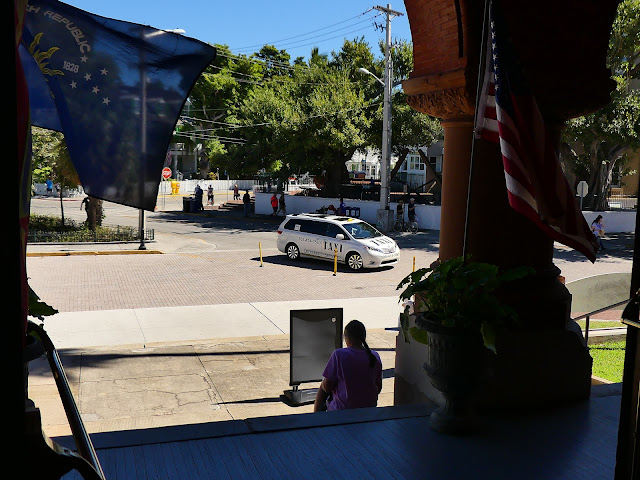 I posted this picture below on Instagram. Is it to obvious an irony, the flag flying high and proud over a closed circuit observation camera? 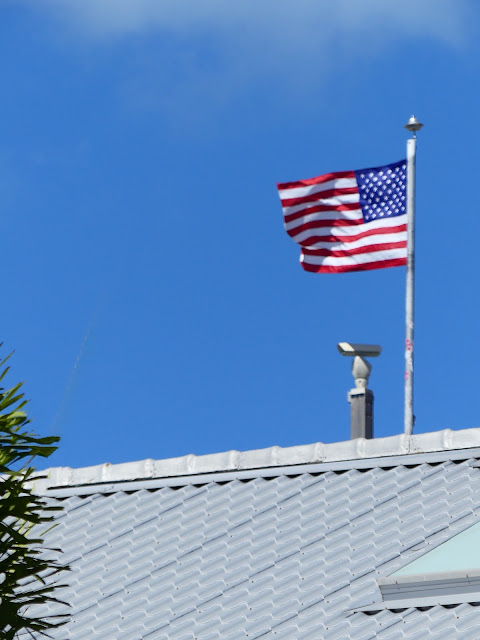 I was discussing air conditioning with a friend and he said he doesn't need cold air even in summer. Me? I love my a/c especially in my car. Even at home I enjoy spending time outdoors heating up and then retreating to the cool indoor shade from time to time. And as for sleeping night or day a cool dark bedroom is the only way. I like air conditioning so I feel some considerable sympathy for the Conch Train drivers  protecting themselves from the winter sun: 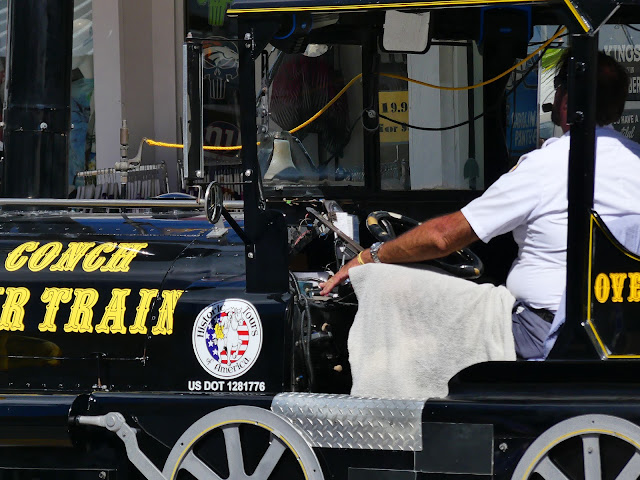 And yes, its every bit as warm as it looks. 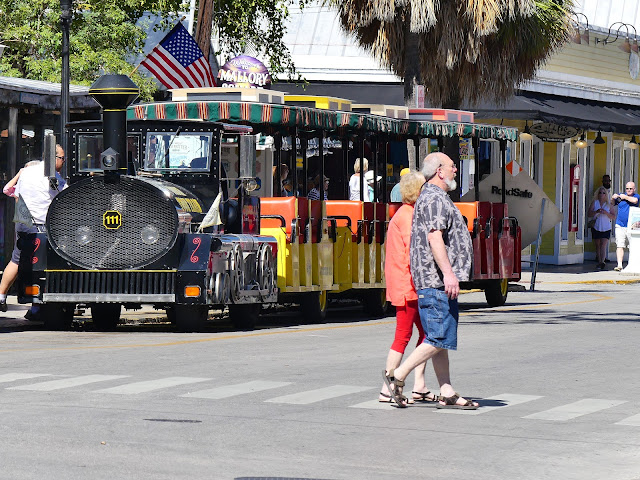 Back at the museum I was peering through the eye of a fish statue when quite by chance I got a rather decent little picture. 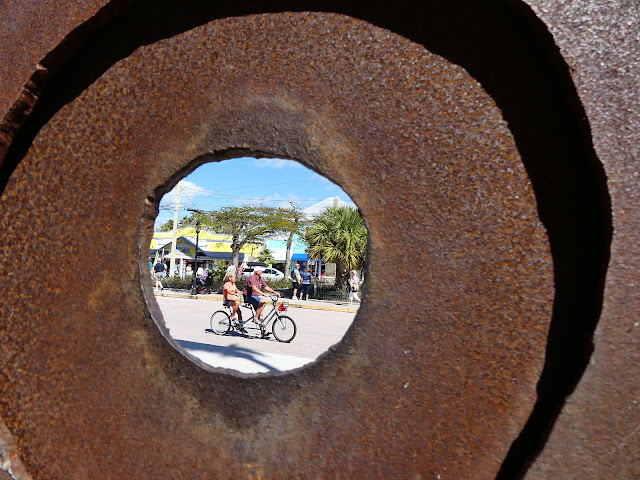 I though the tandem bicycle photo was cute but the steel fish was rather more robust actually. What possessed me to look through the eye with my camera I'm not sure. 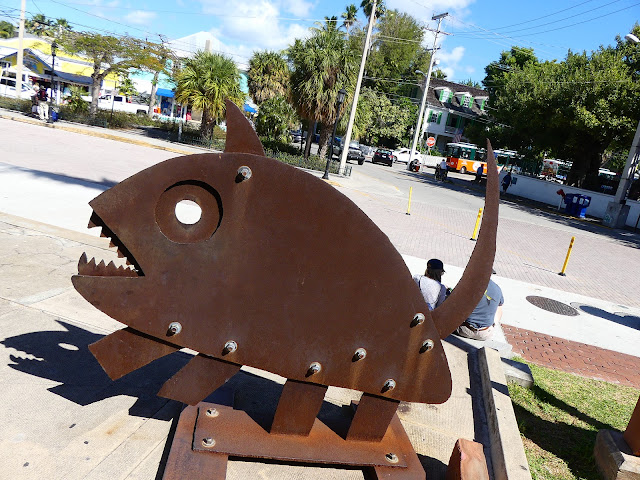 Every winter you will see certain vehicles hanging around town for days weeks or months depending on the snowfall Up North. This winter it's this yellow metric cruiser overloaded with the kitchen sink. I suppose it's an adventure for the lone rider but I don't know how long I could hang around the same old  places without purpose. It works for him. 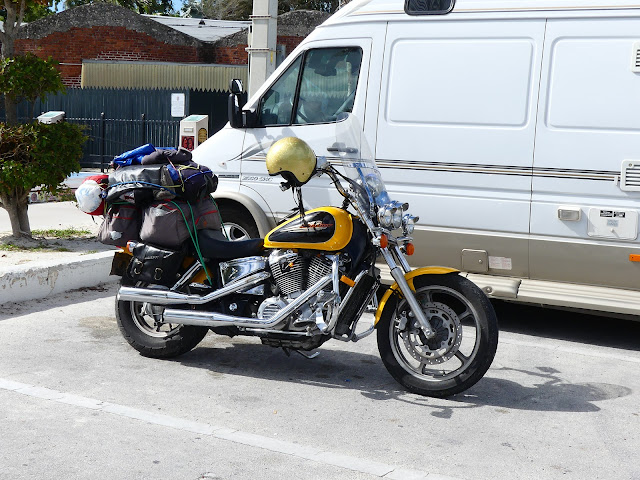 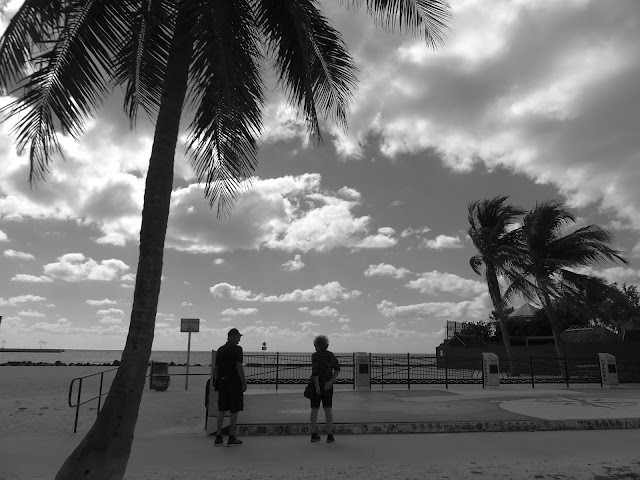