No wonder it was so hot the past couple of days. Tuesday evening the sky turned black such that we seemed to suffer a premature sunset and night fell well before the usual half past seven-ish deadline. Then it started to rain and then the wind kicked up waving trees around and pushing the slashing downpour horizontal. There's an old sailor's ditty about wind and rain which says if the rain comes first the storm will be strong and prolonged. A topsail on a square rigger is the last sail deployed, used when winds are light to get some extra power out of a gentle breeze. Thus bringing them in is a way to make sure you didn't strain the integrity of the masts and rigging.

There are several versions of the saying: "Rain before wind, bring tops'ls in - wind before rain, tops'ls can remain." What it means is: if the rain comes before the wind, there is a major storm coming whereas, if the wind comes before the rain, it is just a minor blow (like maybe a squall). Just one of the ways sailors forcasted weather when at sea back before they had radios and the National Weather Service.

This squall did in fact go on for a while and I went in to work at ten o'clock in the car. Which act of motorcycling laziness guaranteed the rain dried up before midnight. 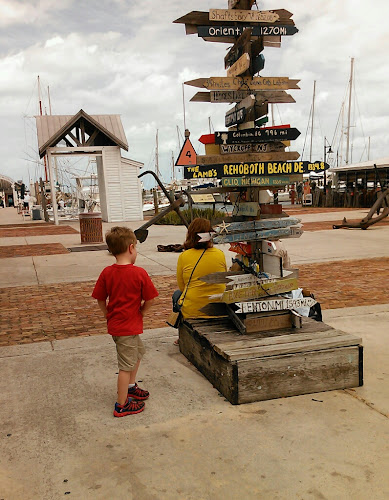 It meant a rather dreary day for visitors eager to get on the water Wednesday as it was fairly rough for gentle landlubber sensibilities with a steady northwest wind blowing. In the bad old days power outages were common when wind and rain lashed the power lines which run alongside Highway One. These days the main power lines are on huge steel poles, ugly as hell but effective they say up to hurricane wind speeds of about 155 mph. Even secondary lines are now starting to hang off solid cement poles which are slowly replacing the original wooden poles. Thus it was with a twinge of cheerful nostalgia that I noticed a momentary brown out at the height of the storm. It wasn't even enough to get the digital clocks blinking but it was a gentle reminder that things are a lot more industrialized than they used to be but the potential for chaos remains. 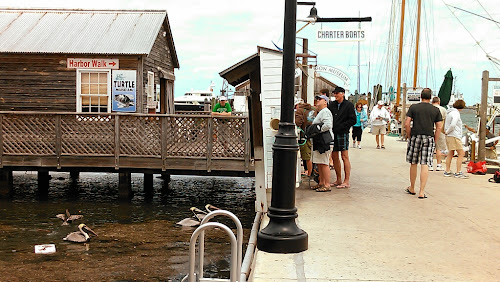 Spring Break is over and very grateful I am for that. However the Overseas Highway is still packed with cars coming and going. The wind was strong especially on the bridges and when I went to the dentist I took the Bonneville figuring the motorcycle would hold its own better than my wife's Vespa which I tend to ride at its speed limit in neutral conditions. Living as I do along one solitary highway the weather plays a big role in varying the daily ride and fighting the wind was fun as I hadn't done that in a while. Fighting is a poor choice of words as the best way to ride in strong winds is to relax and loosen your grip on the handlebars. That and paying attention allows the bike to find its own way and there is no drama riding in strong crosswinds. 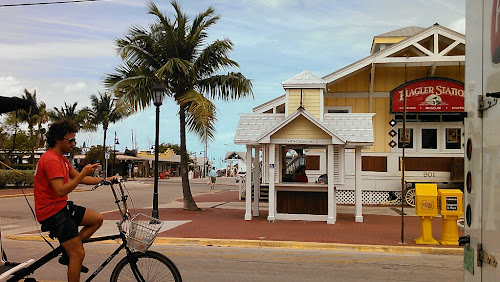 Cheyenne loves the cool weather of course and a twenty degree drop from 91 to 72 was most welcome. She took off like a furry rocket when I opened the car door on William Street and we sauntered rather more briskly than usual all the way to the waterfront. We marched back and forth and roundabout until eventually she tired. The sun was appearing fitfully between clouds, the temperature was rising a little and Cheyenne sought out shade. I perched on the wall at the New Market on Caroline street and watched a young man unload a delivery of potato chips, food that is described by the manufacturer rather bafflingly as "fun." As I pondered the slogan and tried to imagine what "fun food" might do for amusement, I noticed the delivery driver eyeing me apprehensively on my perch. "I have a job," I called out, "I'm just practicing being homeless as a precaution," I said. He didn't seem to be reassured and carefully locked the back doors of his van as he delivered the boxes inside the store. 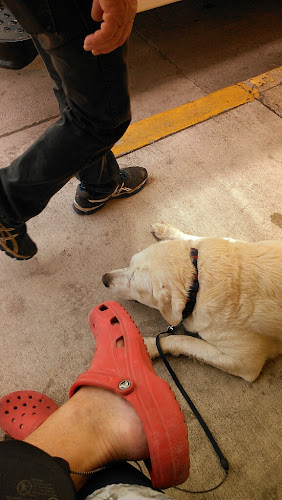 We plodded back up Margaret Street, the heat increasing as we walked either the breeze blowing from behind us. Cheyenne stopped here and there and adopted the full alligator position to cool off. I too am sick of people advertising their running. A Zero K is the perfect antidote to faddish adherence to a craze. Running will vanish soon enough and we will all be Zero K adherents once again. 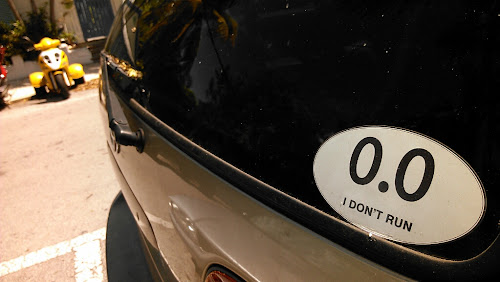 Cheyenne is very clear on the subject. When I first got her from the pound and took her for walks she would try to run but I gently dissuaded her and she happily took to holding me up by sniffing everything with vacuum cleaner snorts. She seemed to enjoy every second of slow and thorough exploration with her new Zero K boss. My speculation is the bastard family that used to own her not only exploited her to produce puppies, bad enough in a world filled with too many dogs already, but also used her as an exercise tool to accompany their long legged runs. When she got too old and tired to keep up they threw her away. I wish there were a hell in which they could burn. 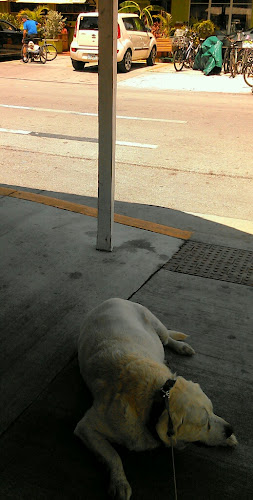 I let her rest here and there, a drink at Michael's dog bowl, a nap in the shade. We slowly made our way across town back to the car. The cool front was warmer, we were tired, and we ran not one step together.