Urban walking for Rusty is a trial. He loves the woods and back country among the mangroves. The city fills him with dread such that I wonder what his previous lives consisted of. Whatever it was he did not enjoy himself. 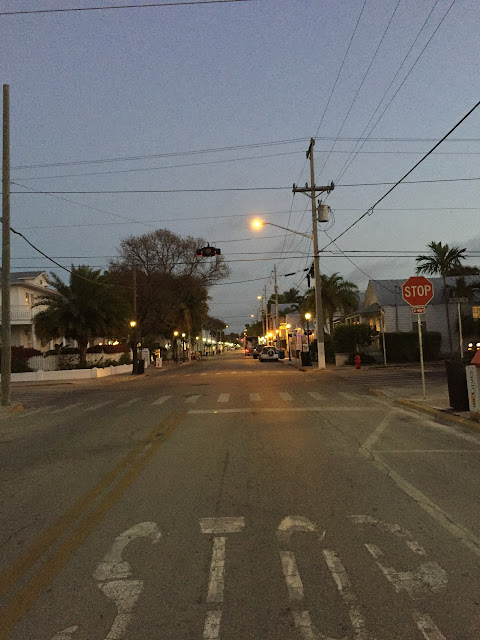 So I feel it my obligation to get him used to that which makes him nervous, gently and over time he will learn to trust me. I wondered a bit when I saw this sign, a discount not for locals...quite possibly a smart move. 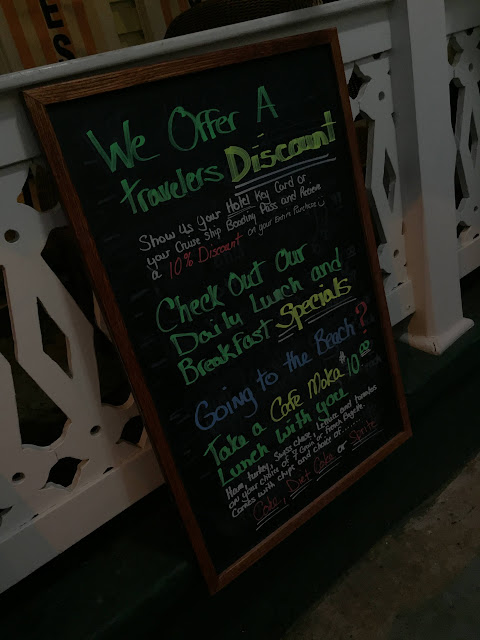 For Rusty danger lurks over his shoulder so every now and then he stopped to look back and check. Nothing showing- for now. 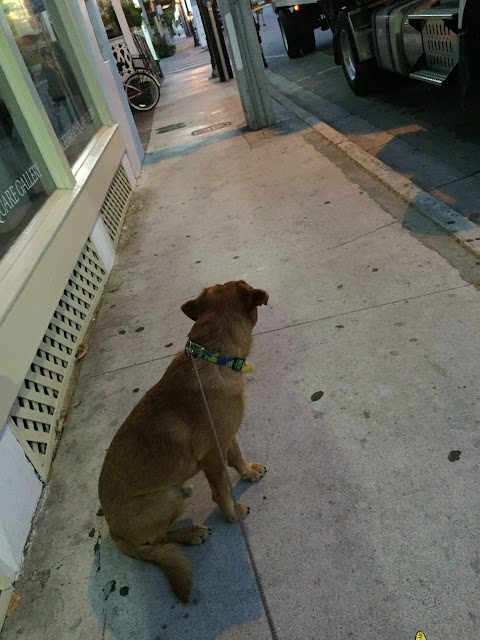 Cheyenne was a honey badger when it came to downtown. She preferred the smells of urban walks and didn't care about anything much as she stumped around. 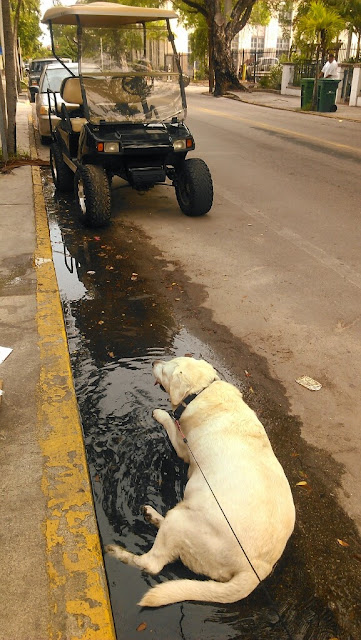 I used to walk her early in the day to help her cope with the heat, Rusty does fine in the heat so I was out early to spare him the crowds. I think it helped a bit. 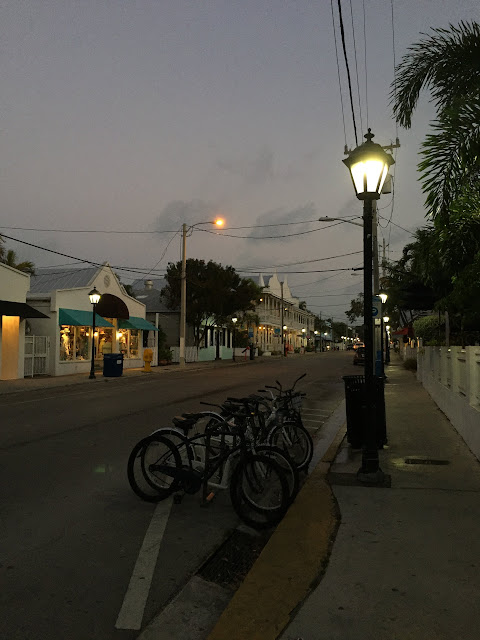 I like having the time to wander early in the day. The light has it's own quality early in the morning and this time of year it doesn't start to get light before seven. Abandoned shoes as a form of artwork: 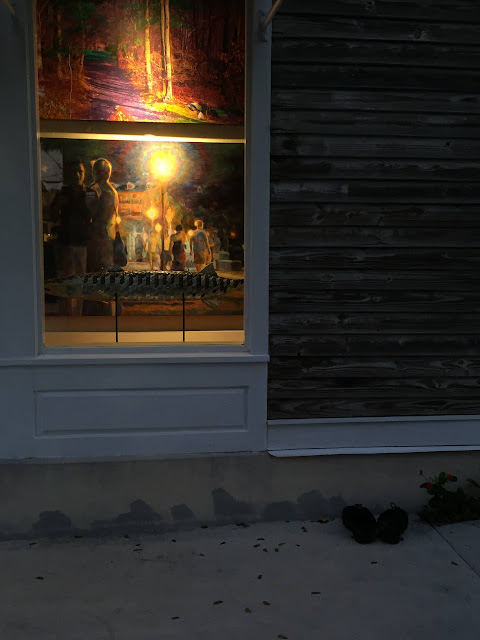 The particular curved balconies of some Key West homes: 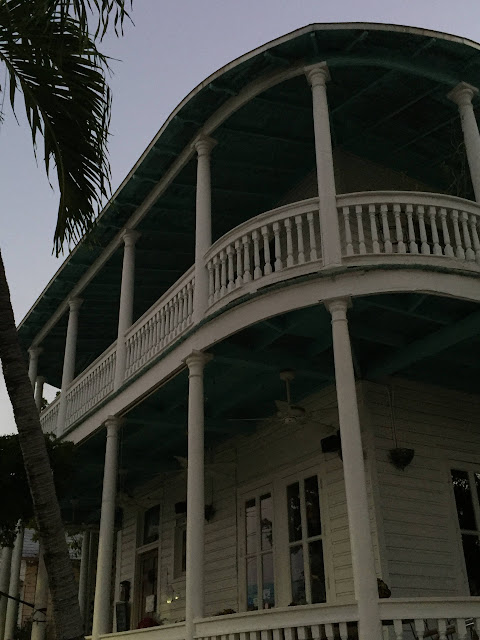 The morning light illuminating the tops of the buildings in the middle of Duval Street. 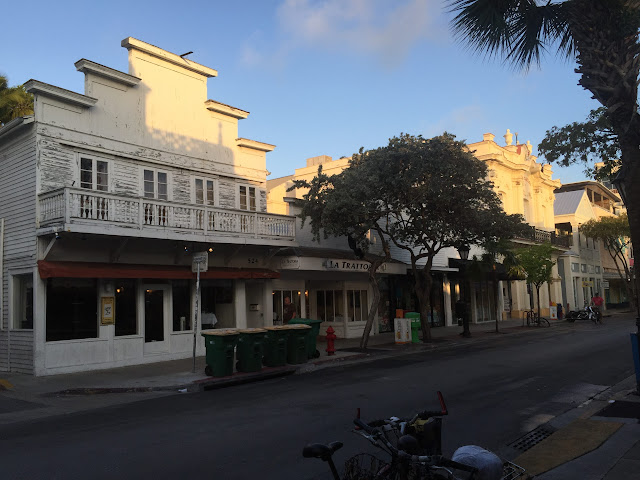 I saw quite a few help wanted signs in store windows. Expect to pay rent between twelve hundred and fifteen hundred a month to hold down a twelve dollar an hour job. Paradise indeed! 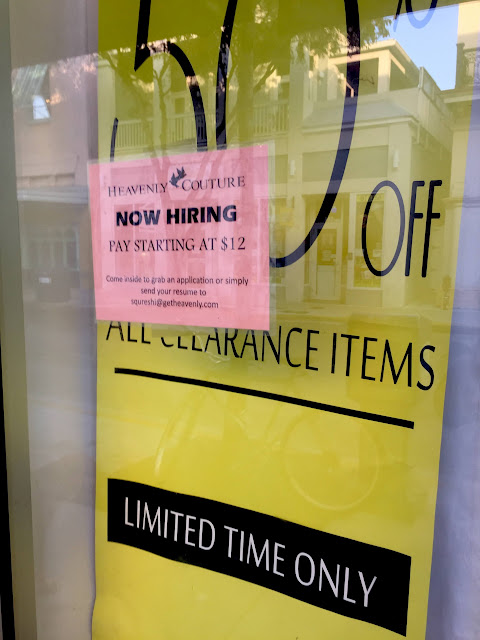 But there is free water from time to time. 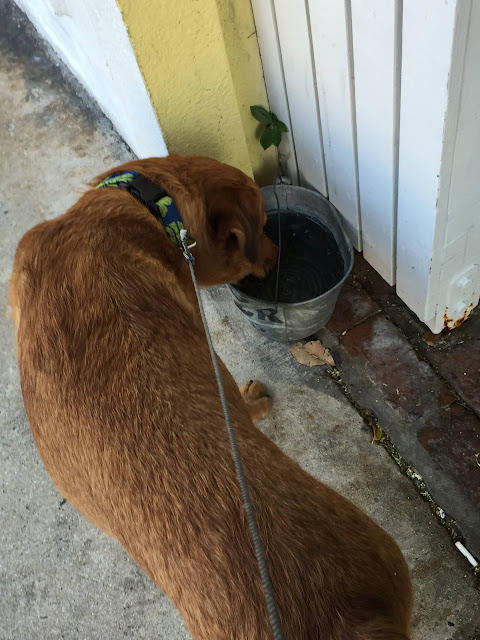 We made it! Now let's see how soon the wife can show up with the car. Pretty soon it turned out and Rusty was swept off the mean streets of Key West to live another day.
Posted by Conchscooter at 12:00 AM 1 comment: