One of the great things about Keys weather is that it rains in summer when its hot and in winter when it is relatively cold it is mostly dry. That suits me. That the rain in summer doesn't usually last makes it perfect. If you like endless gray skies and drizzle and flat light the Keys weather won't suit you at all. Two days of rain in a row and you wonder who thought you wanted to live in Seattle. 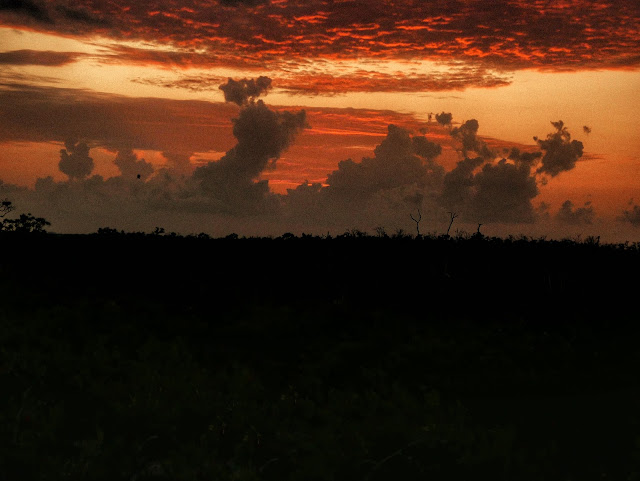 Winter skies are blue and clear and bright and sunny, the light is white the sun is low on the horizon. In summer the sun moves overhead reaching a point midway between Havana and Key West, the Tropic of Cancer, and it is so strong the shadows change their shape and let the light and the heat burn you if you aren't careful. 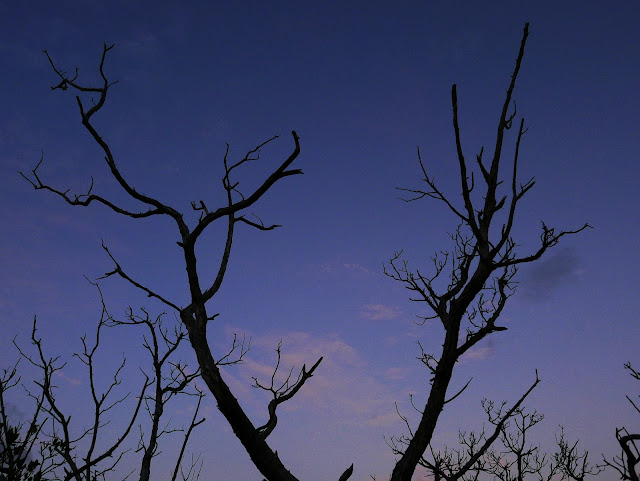 But the sky fills with clouds what Clyde Butcher calls Florida mountains. 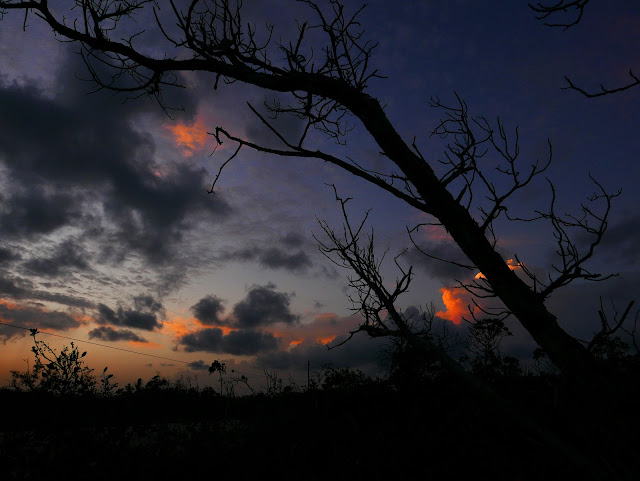 They pile up and indeed they look as solid as as the highest peaks in the world, places of cold and ice and dangerous ledges and profound chasms. Minutes later they take the shape of a sleeping dog or a man with a big curving nose. I spend a lot of time studying their shapes and their whimsy. 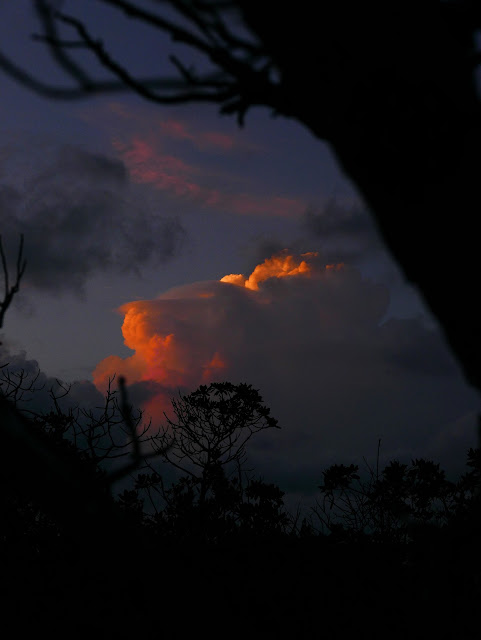 Sometimes the anvils of thunderheads look more like nuclear explosions than clouds and the they drop sheets of heavy cold water, droplets from five miles up as cold as snow when they hit the ground and turn to humid heavy air. 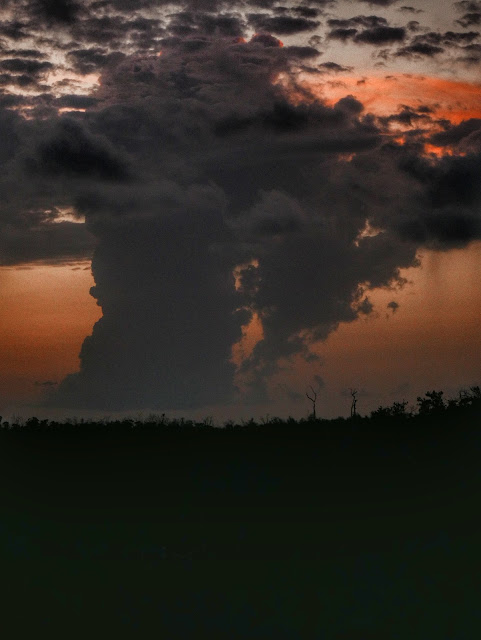 Rainy season has barely started and Rusty has got me wet three times. Its all his fault as if he weren't around I wouldn't go out and hope for the best even when skies are black and clouds threaten. 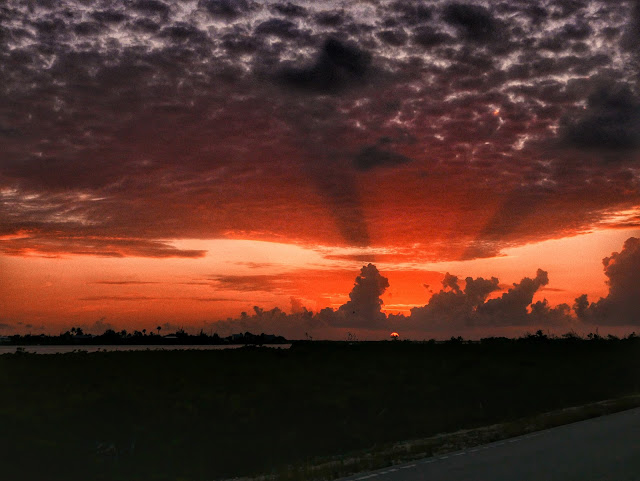 Sometimes I carry an umbrella but most days I can't be bothered. I wear shirts that dry quickly and I carry an extra plastic bag to wrap my phone and mu camera and I trudge on following the fur ball who used to be afraid of the rain. 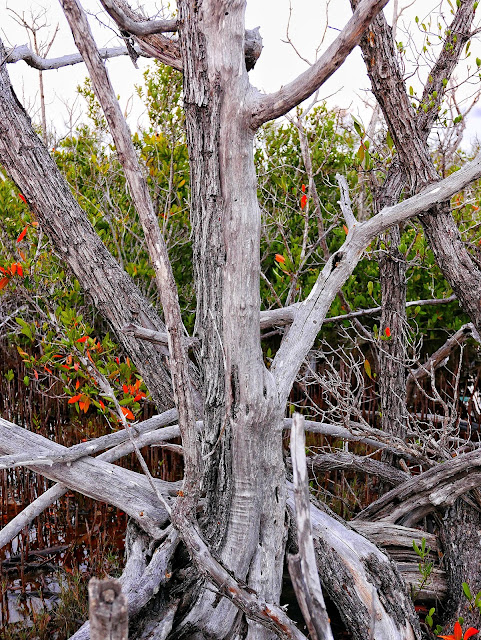 My fatal error was making a fuss of him when he got wet, when I'd rub him down with a towel and and share a nice dry room in the house with him. Apparently this wasn't the treatment he got on the streets of Homestead where getting wet meant sitting under a bush shivering and waiting it out. So now instead of dreading rain he shakes it off and keeps walking secure in the knowledge he is a nice middle class dog with a home. And I who introduced this concept to him am punished by finding myself getting rained on in turn from time to time. I have to towel myself when we get home. 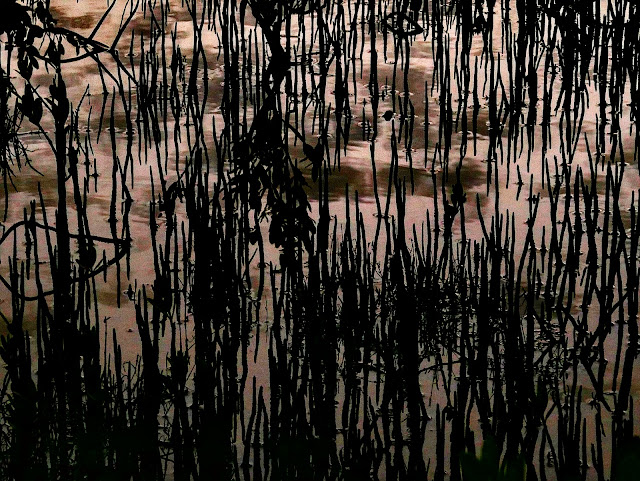 As it happens there is a good side to all this trafficking in misery. I do get to see some astonishing cloud filled sunrises and some blue skies such that most people sleep though. 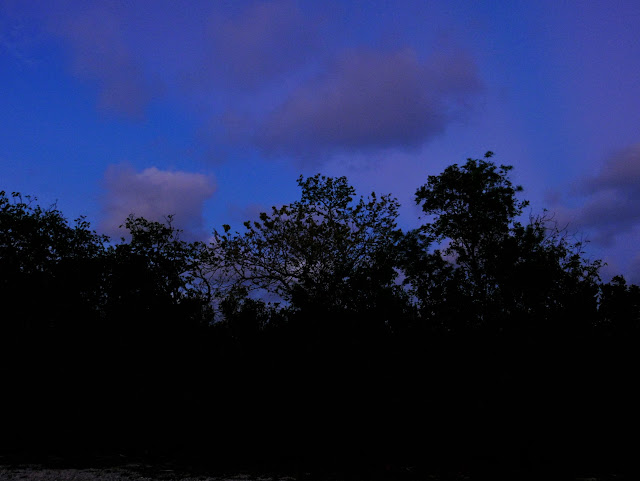 In the morning I do draw the line when I can hear what sounds like hail peppering the roof. To give him credit, Rusty who is exceedingly smart sticks to his own bed knowing I will baulk at the prospect of setting out into a storm.  I am actually pretty sure he is as happy as I am not to walk out under a tropical waterfall. The only trouble comes when I feel drops on the trail and he ignores them. 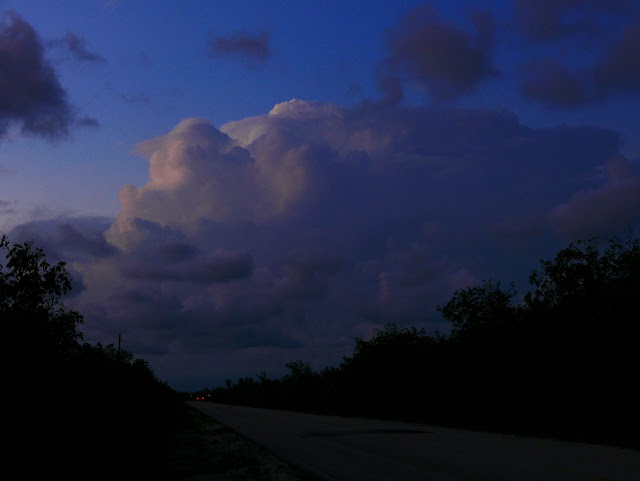 I like summer for a change but by November I'll be ready for dry sunny days, cold breezes and crisp cold nights. At least for a while because I am fickle and pretty soon I'll be craving another round of heat and clouds and sudden squalls. What a life. 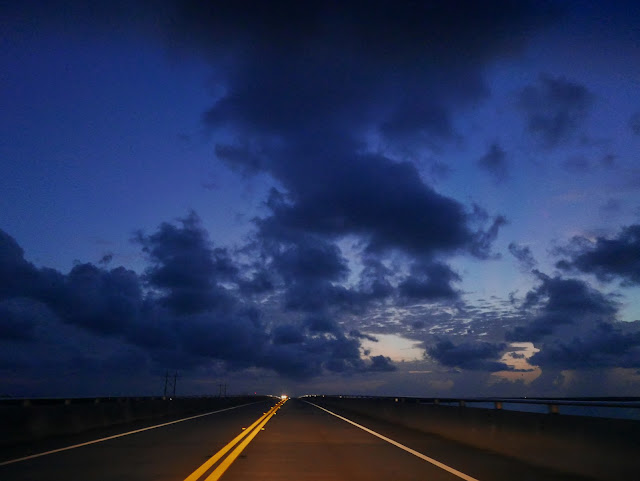