I like Key West in the early morning. The bars have closed and no one is around. 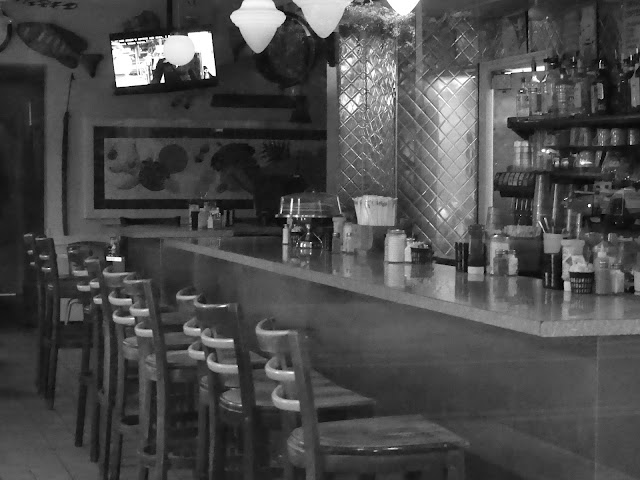 Outside Harpoon Harry's Caroline Street is silent. And apparently filled with waves of energy, invisible when I took the picture... 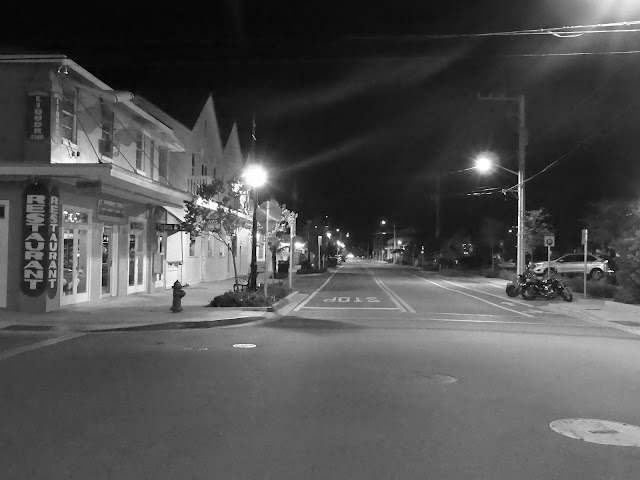 WE walked a long way Rusty and I from the waterfront to Mallory Square, down Duval to Fleming Street to Margaret near the cemetery where I took this picture of dawn coming up behind trees: 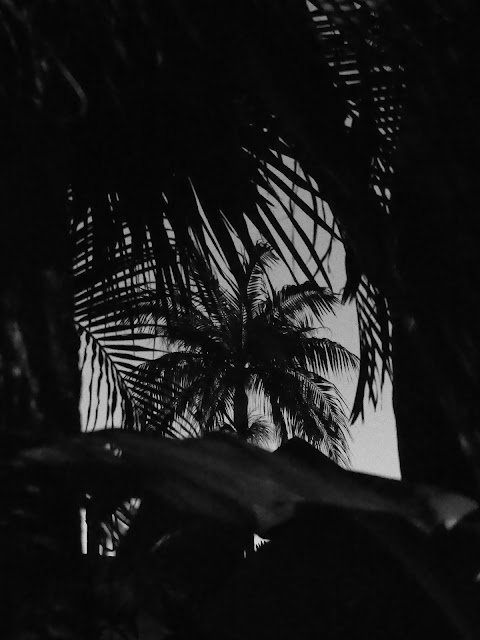 WE spent two hours meandering and he was tired by the end of it: 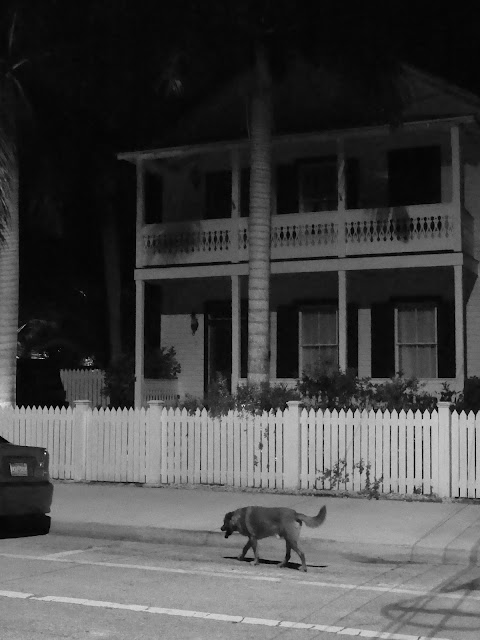 The other thing about being out between four and six is the amount of invisible work that gets done, like clearing out the huge amounts of trash generated by business and removed by government: 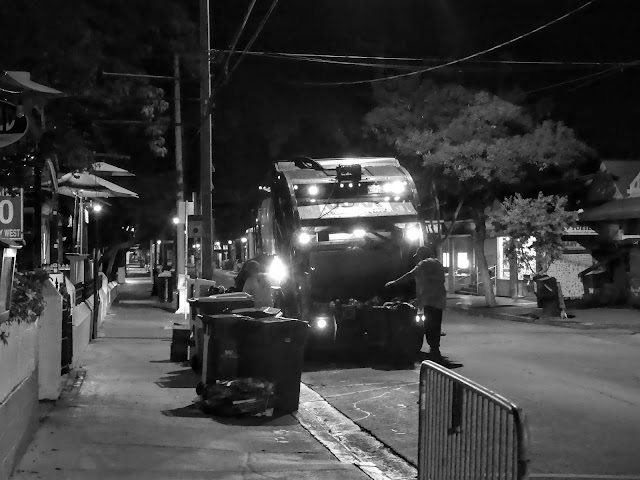 I thought the note about dough being baked was a bit of a  jab at the doughnut shop next door. 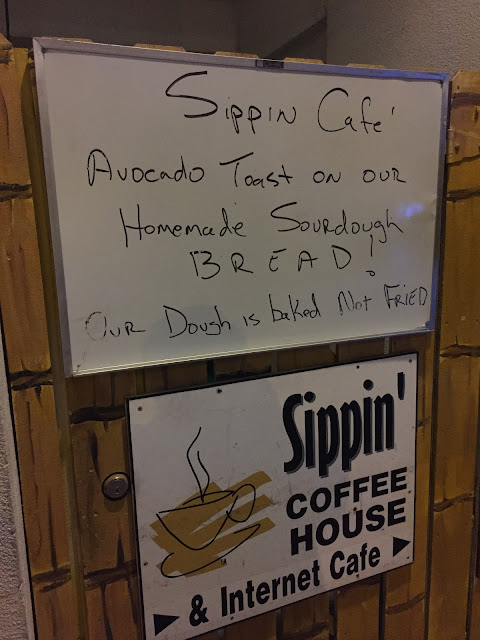 And the waterfront always full of smells I am told, along the boardwalk: 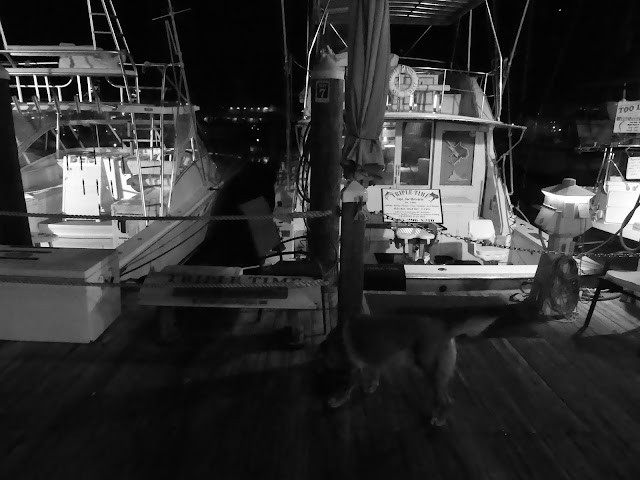