It was a lovely afternoon yesterday on Duval Street, a little warm perhaps but that's to be expected as a cold front is predicted for tonight with temperatures plummeting well below  70 degrees (19 Canadian degrees).  However the hub of Fantasy Fest appeared to be a bit underpopulated, possibly owing to hangovers or something. 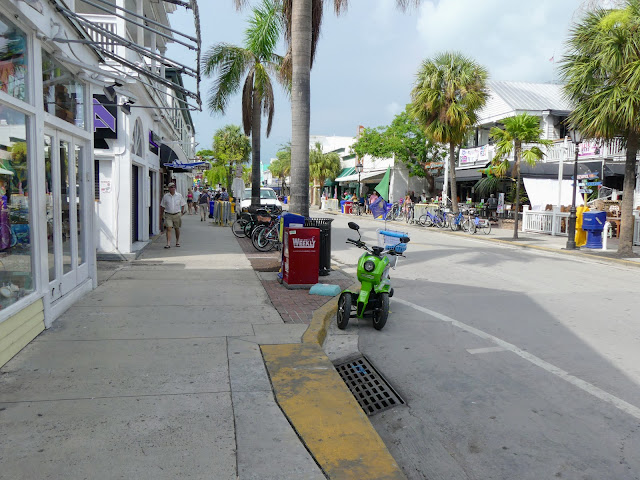 The weather forecast is pretty good for the rest of the week. A nice breeze, turning north Wednesday night after a few showers, typical of a cold front. Overnight lows Wednesday and Thursday should be a brisk 67  degrees with a warming trend for the weekend back into mid 70s overnight and upper 80s by day. However this is the first measurable cold front of the Fall and by the time the next one blows through hopefully we will see summer end and with seawater temperatures dropping an unofficial end to hurricane season before November 30th. That would be nice. 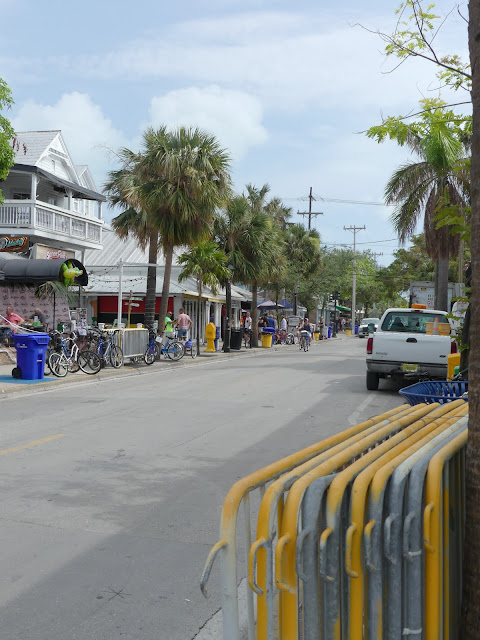 After my exercise class and lunch with my wife I was ready to go for a walk with my camera and hunt for tutus. After all it was Tutu Tuesday, and though I couldn't attend the tutu race nor would I wish to attend the tutu party I like looking for creative tutus. 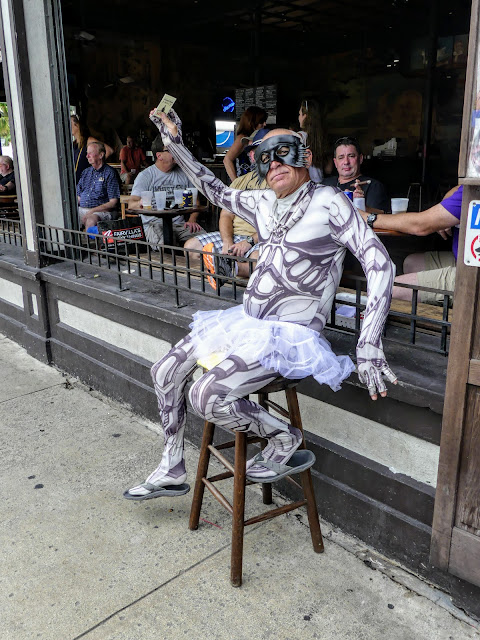 A skeleton on a rental car looked slightly promising (most Mustang convertibles are rentals)... 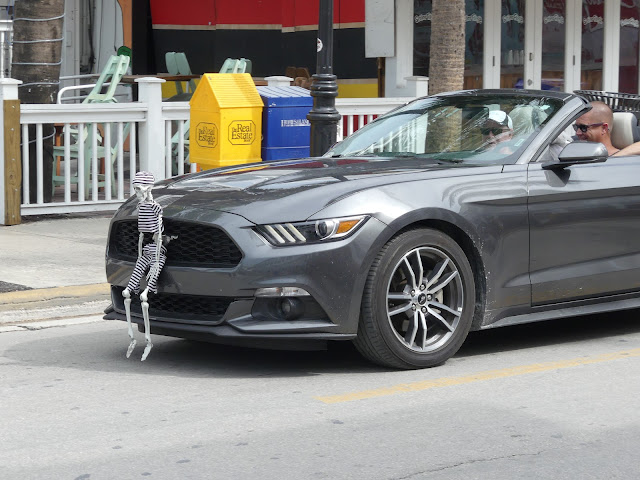 ...but there were too many people not taking tutu tuesday seriously. Grr. 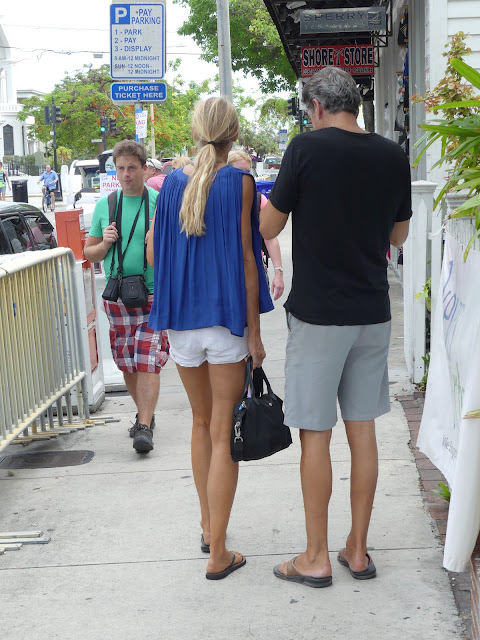 An original Vespa GT200, not strictly a tutu but I like it. 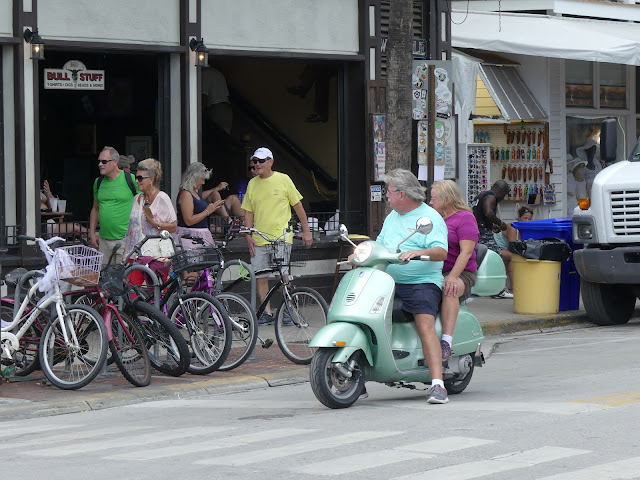 Much cooler (but not my style!): 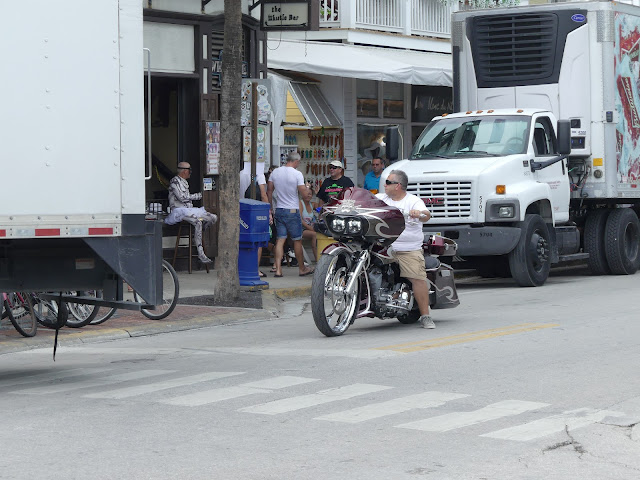 Mind you with so few tutus in evidence I might as well have taken pictures of whoever else was cruising Duval: 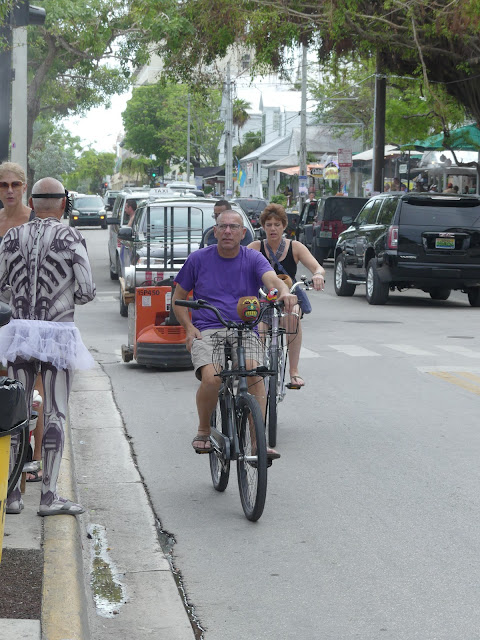 And a rather nicely painted old Honda scooter labeled a "Conch Cruzer:" 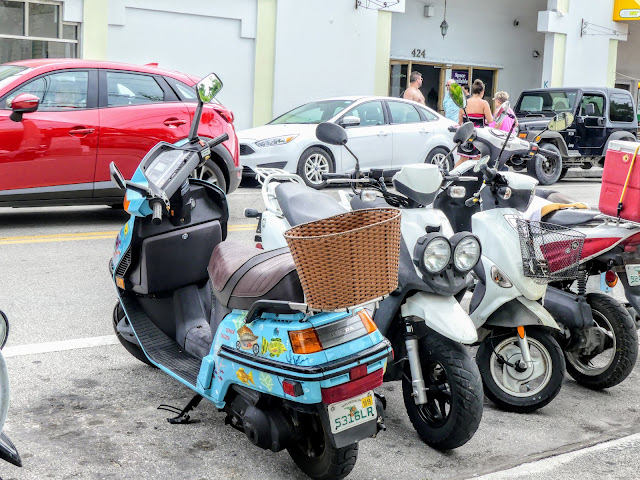 These two were in tutus but they were actually on a scavenger hunt as well which seemed to give them at least as much joy as their clothes, but they smiled for the camera: 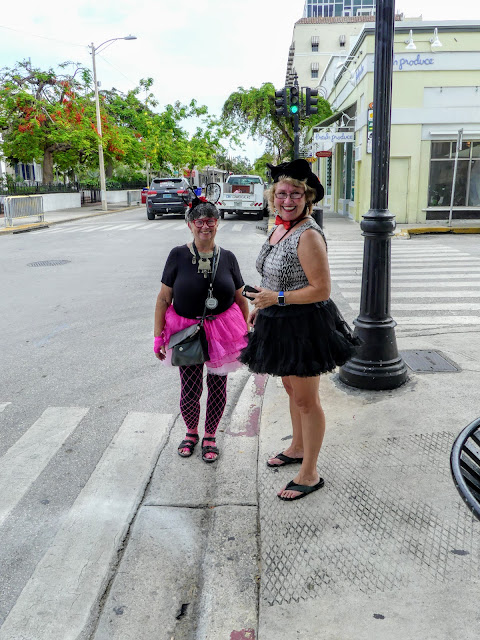 This picture might give you the idea that a life lived in Key West may not be the best thing for your physique, but I'm sure I couldn't say. 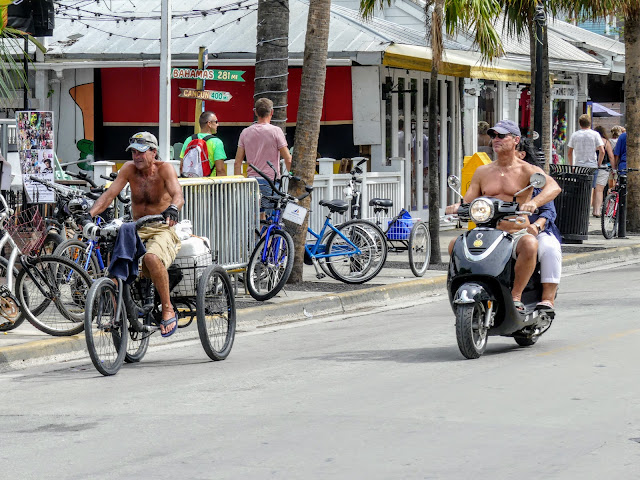 And I accidentally parked next to the scooter responsible for clusters of people dressed in pink wandering around looking alternatively furtive and happy: 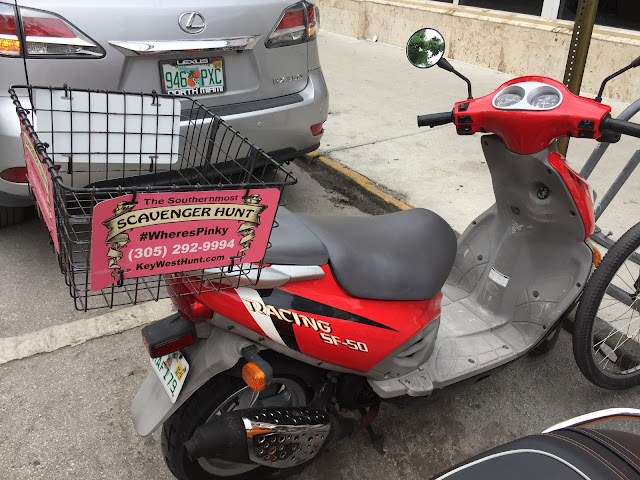 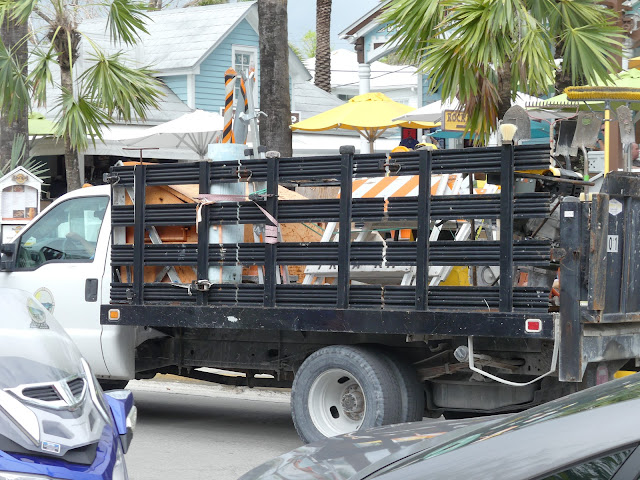 Others wore makeshift tuts as they worked: 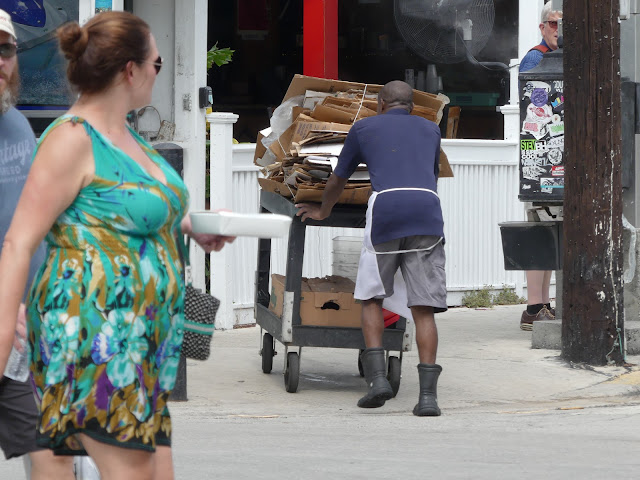 This year Fantasy Fest is being driven by a desire to be creative according to the newspaper, not nudity so respectable people are being drafted to help support this expression of artistic populism. It might work too: 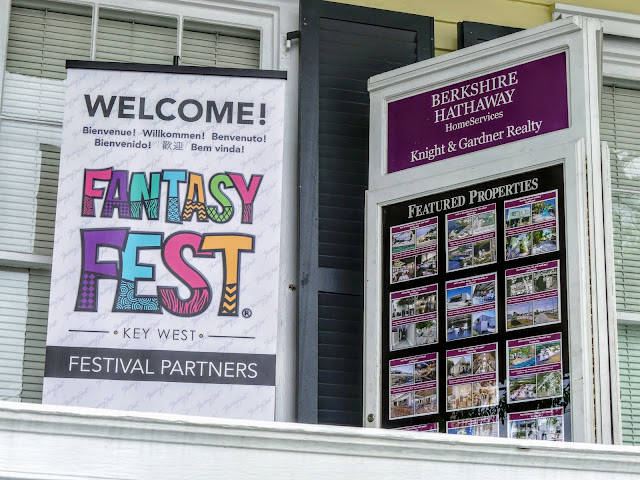 But some nudity seems inevitable too: 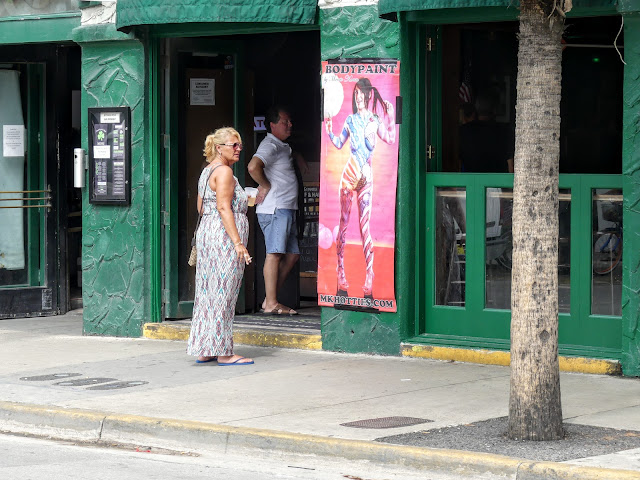 It will be interesting to see how the week develops.
Posted by Conchscooter at 12:00 AM No comments: