My dog does like to lie around and there are those occasions when she lies around and I say to myself, "She looks just like an alligator." 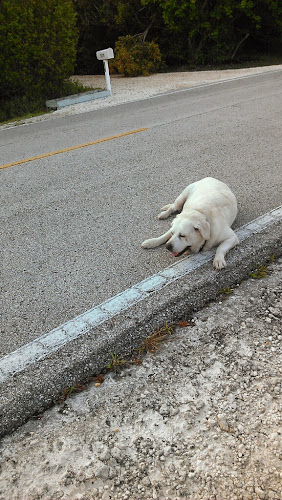 Check it out. Above we have a Yellow Labrador (not a Golden Retriever) and below we have a genuine North American alligator (not a saltwater crocodile). I can't see any difference. 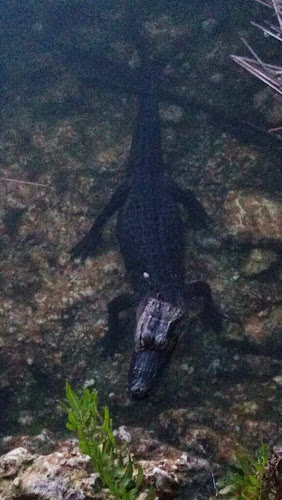 We had run out of eggs and my wife had settled on breakfast for dinner last night and she needed eggs to mix in with the (soy?!) chorizo. I was going to sneak a ride on her Vespa to the Winn Dixie but as soon as I started to assemble the shopping list - phone, wallet, cloth bag - Cheyenne leapt to her feet and started wagging her tail in a big round circle. It was obviously walk time for her which meant I had to submit and drive the car. Where to go? That was the question buzzing through my head as we drove down Indies Road toward Highway One. Ah yes, of course, the Blue Hole. 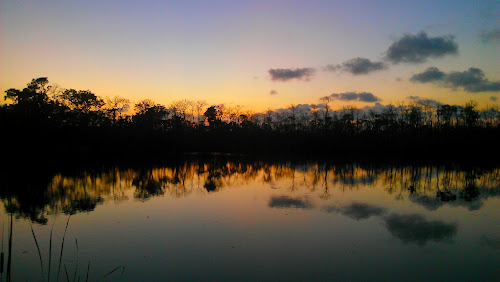 We hadn't been to the Blue Hole, a former quarry filled with fresh water, in a while. This is one of those places that lives high on the tourist check-off list and is thus rarely unoccupied. Indeed there was a Jeep in the parking lot when we arrived but by the time I had Cheyenne's collar round her neck and a plastic bag in my pocket they were pulling out and leaving us alone to deal with the setting sun and the lonely alligator. 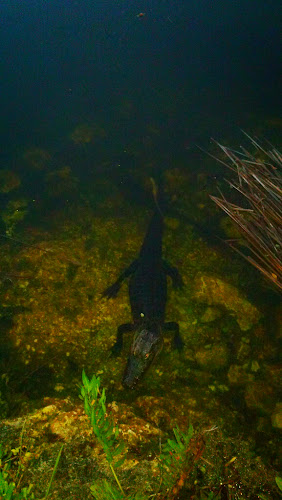 Cheyenne trotted back and forth smelling every single blade of grass and sticking her nose in leaf piles as usual. For every two paces I took she took a dozen. My wife sent me a message telling me to buy grapes and I was lucky the message got through as there was barely a phone signal in this sylvan place. The modern clever phone is becoming indispensable with all it's functions and I think of my Android as an electronic Swiss Army knife, as I rely on it for pictures and as a flashlight, a navigator and a message machine in the old fashioned way, not to mention as a fax machine. 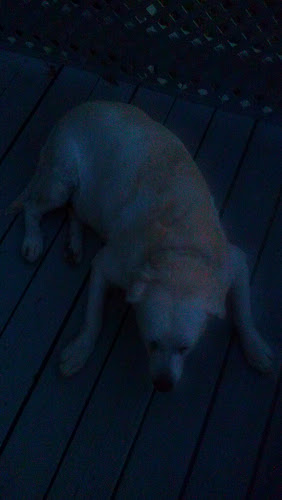 In between all that I can put it in my pocket and stand around and watch the sun set. As long as my dog didn't try to go down to the water's edge to say hi! to the silent alligator we were okay. She tried that one time before and the alligator did stir slightly before I got my furry friend back to a safe spot. Eventually the sun went down and we had to get to the store for those eggs and grapes and tomatoes. We were expected at home. 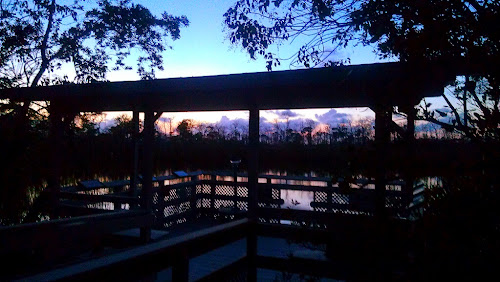 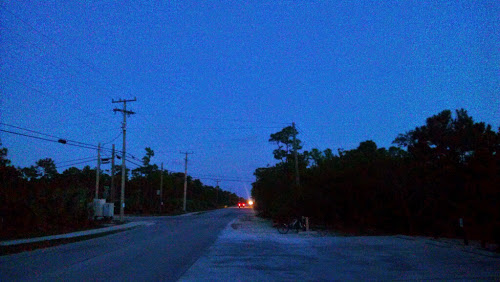 I like finding solitude in these cluttered islands. It's as much about the time of day as much as the location when you can find yourself alone. 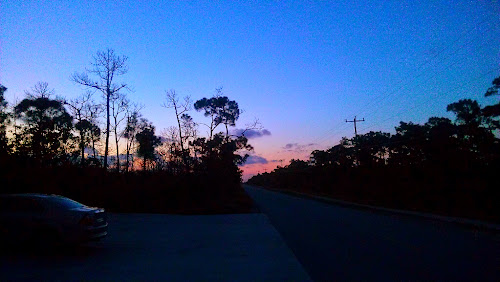 Winn Dixie was an island of light in the darkness. It was a good time to shop for food, the aisles were relatively uncluttered and I zipped through the shopping list. On my way out I saw this sign of the times. PT means part time, and this store has a reputation for shitting on its workers, importing cut price foreigners to do work formerly done by unionized full time Americans. Here's the evidence. No benefits for you! What a great way to treat the community you rely on for customers! 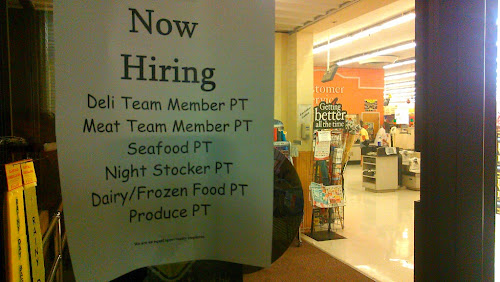 I feel helpless in the face of corporate America's indifference to the people who live and want to work here. I wonder what the point is of putting profits over people. It's an age old question, but it's too bad we aren't asking it anymore.