You'd think every dog ever walked on the streets of Key West was wild and vicious. Either that my wild and vicious Labrador installs fear, because they walk by determined not to allow their dogs to sniff. Not that Cheyenne is terribly interested in other hounds. 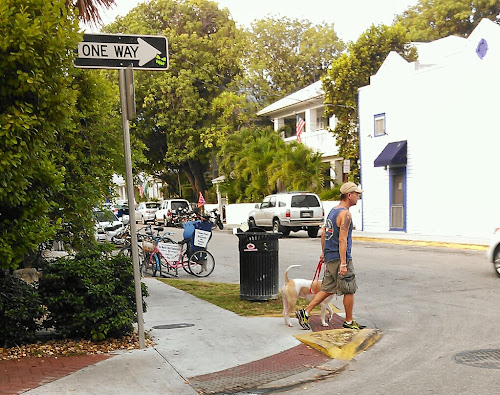 Getting stuck in traffic tales on a different kind of stickiness in Key West. Traffic jams elsewhere usually involve multiple lanes and too many cars for a given space. In Key West a garbage truck constitutes a jam. On a one way street like Petronia you may have to wait a while and learn to be patient if you enter the block with the garbage truck working its way down ahead of you. 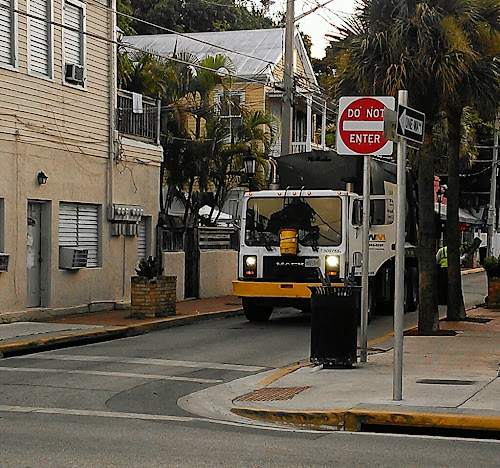 .a brush with kindness" the sign read, a master of double entendre as Habitat had a hand in rehabbing the structure. I remember when Habitat wanted to put up afew houses on Bog Coppitt along Highway One. Habitat Landing got built in the end over the protests of neighbors who were apparently worried about the content of the characters of the residents of the homes. Which puts me in mind of BANANA -Build Absolutely Nothing Anywhere Near Anything. 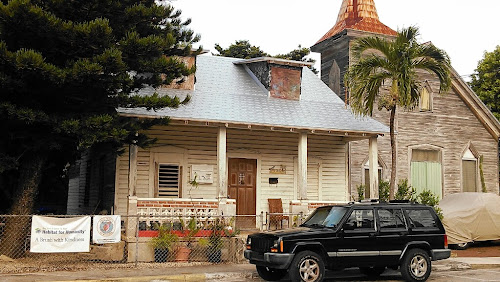 In some cases not building anything comes easily. Check out this empty lot. 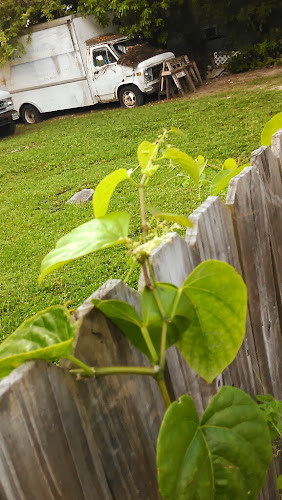 In other cases buildings are well worth looking at. 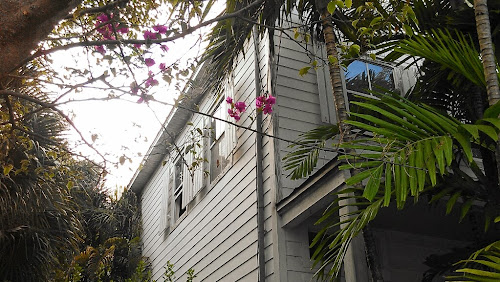 Key West offsets, which always put me in mind of the question: how easy is it to live European style, very close to our neighbor? 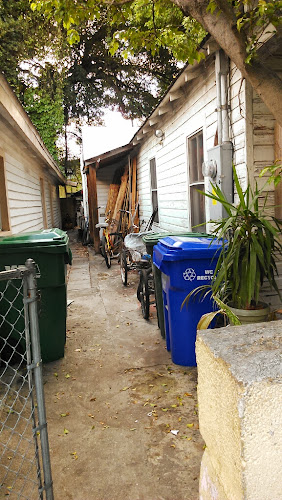 The "No Dredging" flag is out everywhere, and the referendum is set for October 1st. 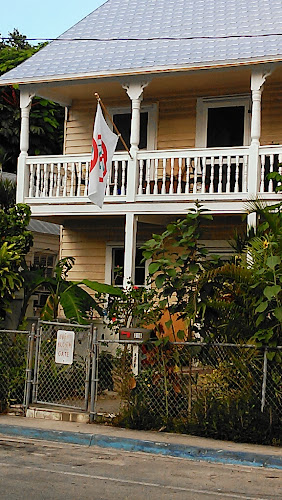 This sort of yard can make up for the lack of privacy seen above: 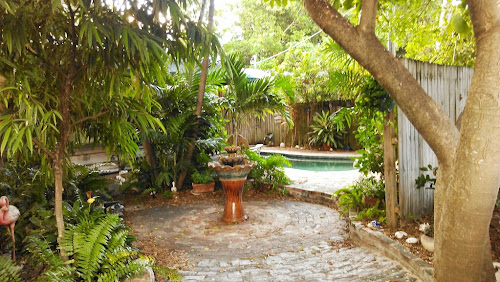 No privacy and nowhere to park. Two wheelers rule in this small town. 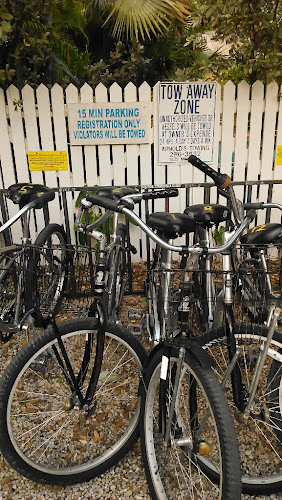 Public housing in Key West is scattered all over the city but what there is tends to be rather old fashioned looking too. I find it hard to imagine but some of these boxy apartments don't have air conditioning in the summer. 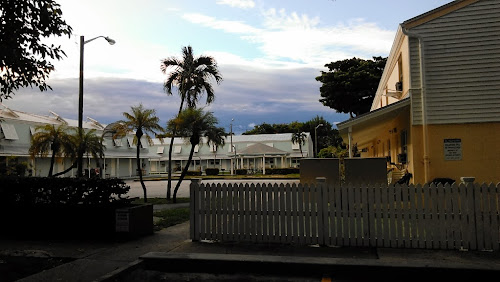 Robert Gabriel was Monroe County's state representative in the late 19th century which seems inconceivable in light of the failure of Reconstruction so I suppose naming something after such a pioneer is appropriate and this is what they came up with.