Is it a big deal? I don't think so in this case but Dorn Road has lost the last quarter of a mile of it's five mile length (measured from Highway One). 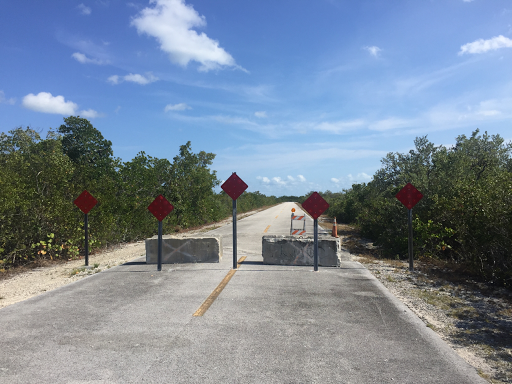 The road has been sinking at this spot for some time but I guess the dip got bad enough that the county decided to close the end of the road to traffic. 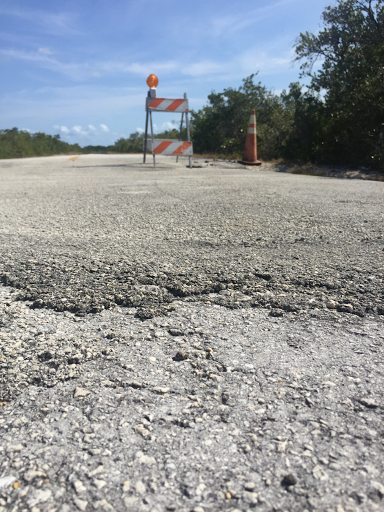 There is also this hole which promises a more widespread problem underneath the apparently solid surface. Good idea to close off the road especially as there are no houses beyond the break. 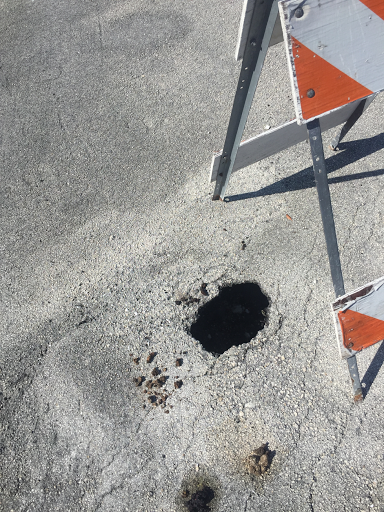 I love the solitude at the end of Dorn Road. You can hear the traffic on the highway if there is a strong breeze but often you are in the middle of nowhere in silence. The last two houses on the end of this road are off the grid as the power lines stopped a mile or so back. 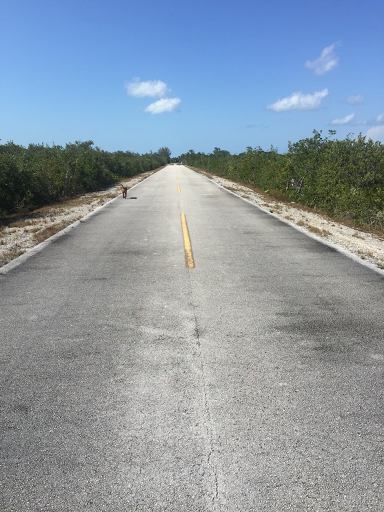 The high tides are encroaching in the mangroves pushing colors and shapes ahead of them in the form of frothy mud. 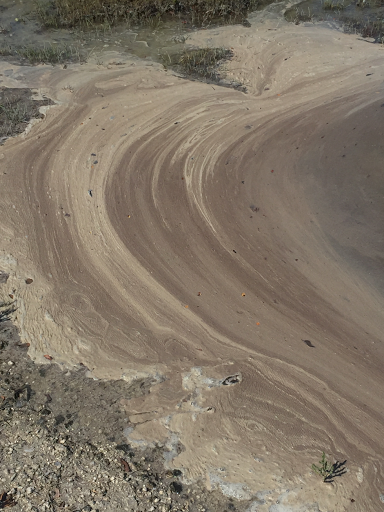 There is nothing out here, 28 miles from Duval Street. 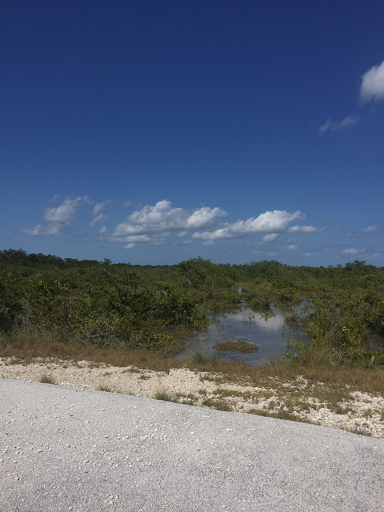 "Nothing" is an exaggeration, there are always graffiti and in this case a Carolina Dog hanging out. 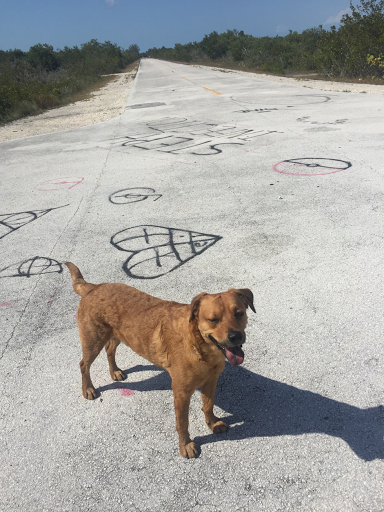 The red reflectors used to be here at the turnout at the very end of the road. 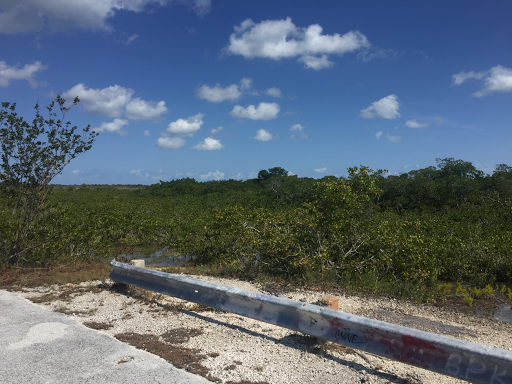 The cement barricades used to be here, blocking off a side trail which is now no longer accessible to vehicles. 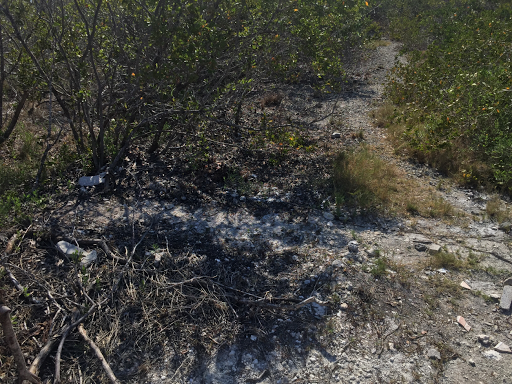 I wonder how long it will take for the road surface to give way to nature as it is left to it's own devices? 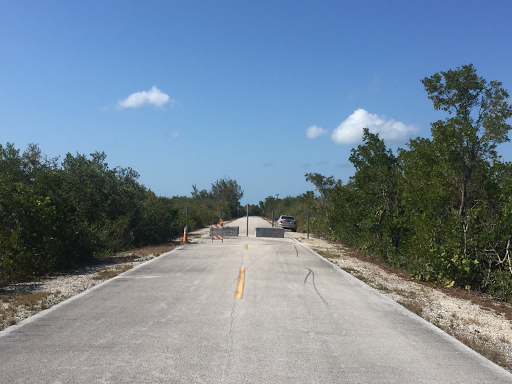 This barricades gave me an increased feeling of isolation for some reason that I could not put my finger on. 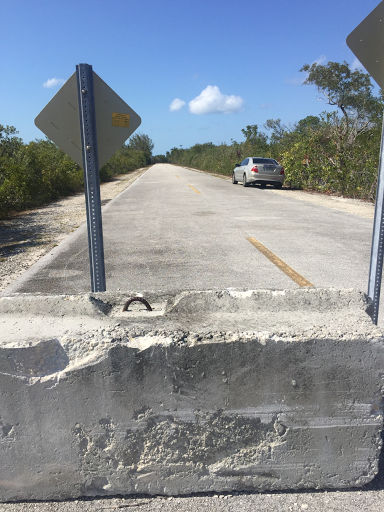 And then after a surprisingly long wander we got home and Rusty spent a little time sun bathing in his favorite spot on the tiled driveway. 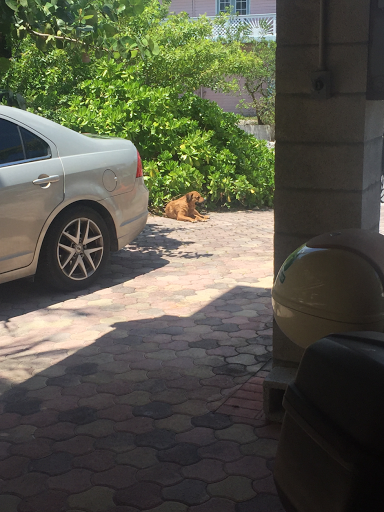 He likes living here enough he doesn't bother to leave which he could very well do as there is no fence to prevent him.