From Salon, this essay I have reproduced here, a fascinating look at the practical effects of the Russian emigre's half baked economic theories. There is a bizarre thought process in this country that seems designed for lemmings. When a theory is put about by business or political leaders far too many people uncritically get on the bandwagon, hitching their hopes to the theories promoted by the cutlure of celebrity. Ayn Rand, a rather dry Russian atheist came to the US fleeing the early Soviet massacre of what there was of a Russian economy and applied her anti-communist ideals to a style of writing that is as clunky and hard to read as it is profoundly selfish in its theoretical economic proposals. Kick government to the curb and every man woman and child for themselves. In Rand's world government regulation kills commerce. In real life government regulation levels the playing field and protects consumers, but protecting the people of this country takes wealth away from the wealthy, sooo...As we see in this essay practicing what Rand preaches is garbage economics in the real world, just as the Soviet five year plans were in her time. Moderation in all things is no longer fashionable but as we can see here it should be: 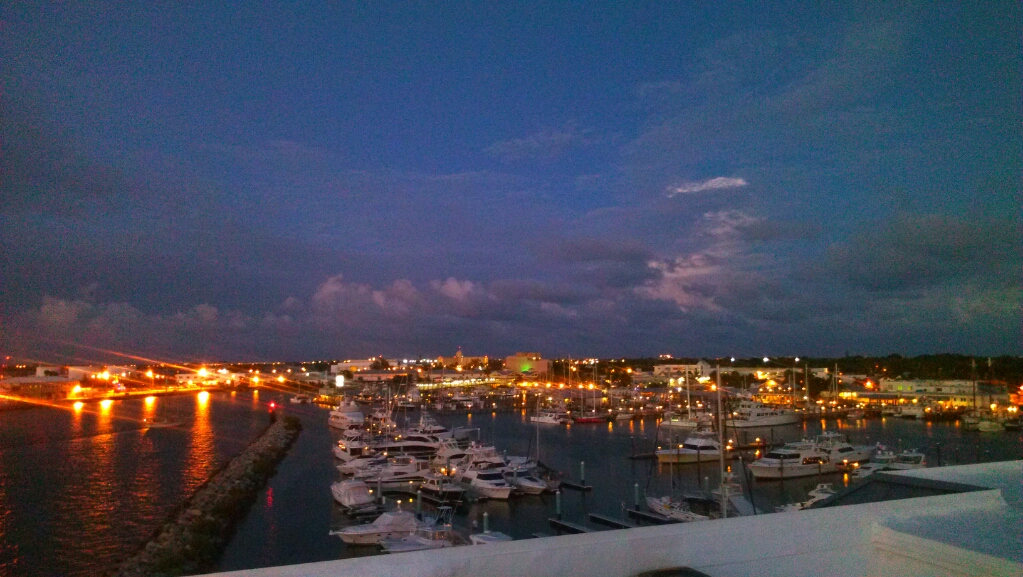 The Top, what was once my preferred sunset perch at the top of  La Concha is gone. But thanks to my friend Gary I have discovered his preferred perch to watch the sun go down. 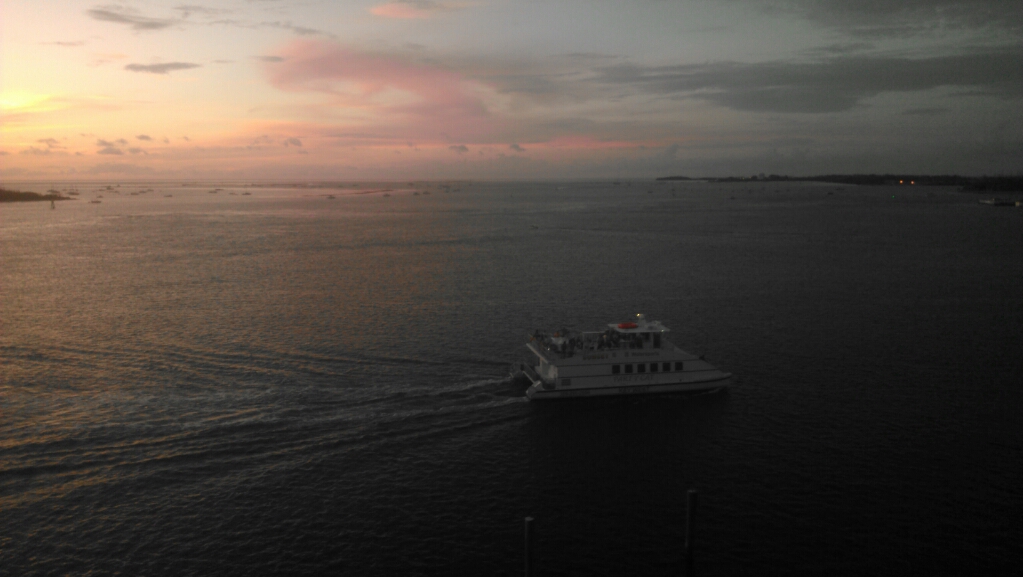 It is not apparently widely known or much appreciated so he asked me not to disclose the exact location. 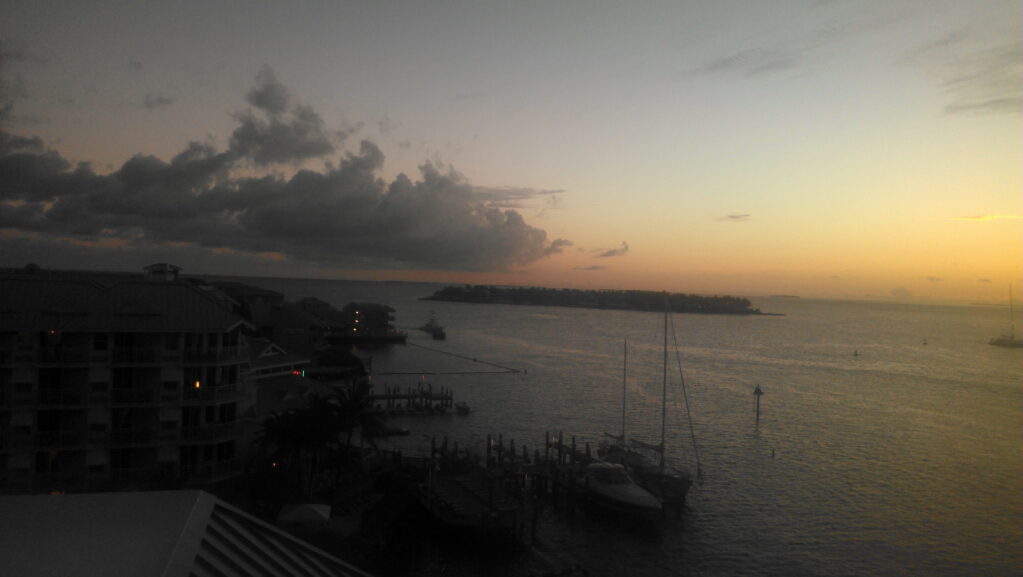 He and his charming family enjoy this spot when they come to spend their summers in Key West. I too liked it very much, as did my wife who plans to return with her new Kermit chair. 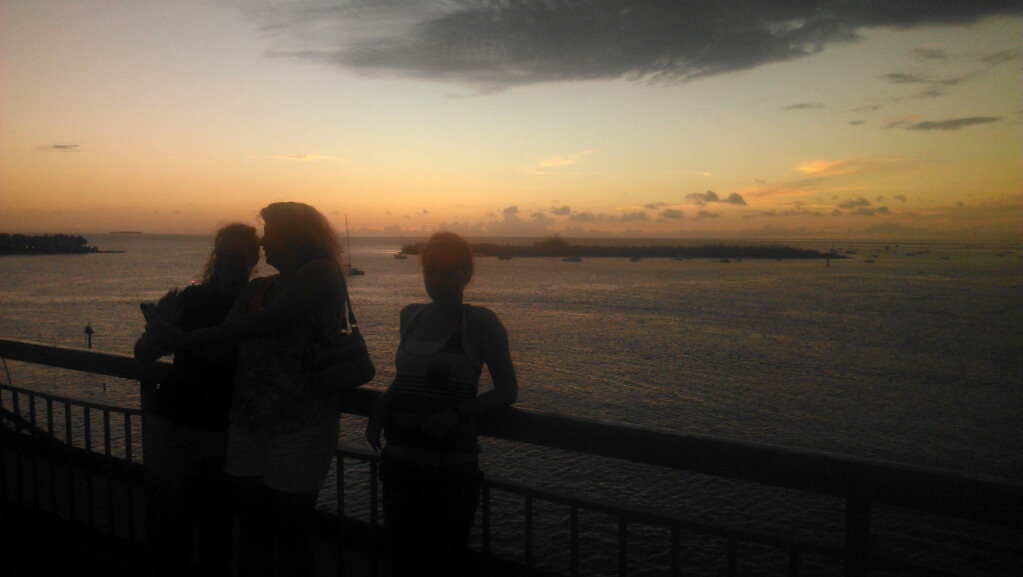 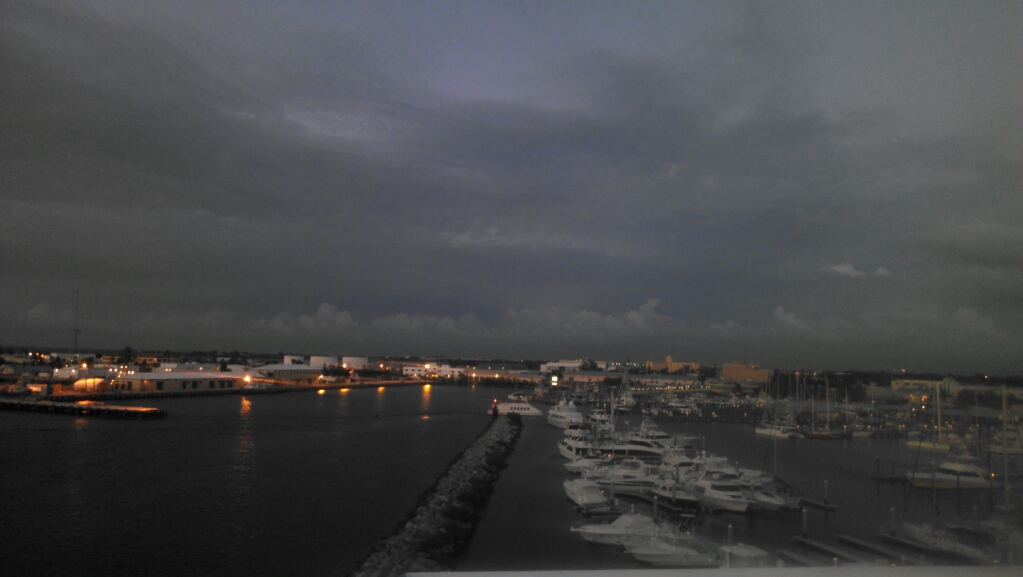 This pictures are for Gary and family making the long drive back home to Middle Earth for another year. 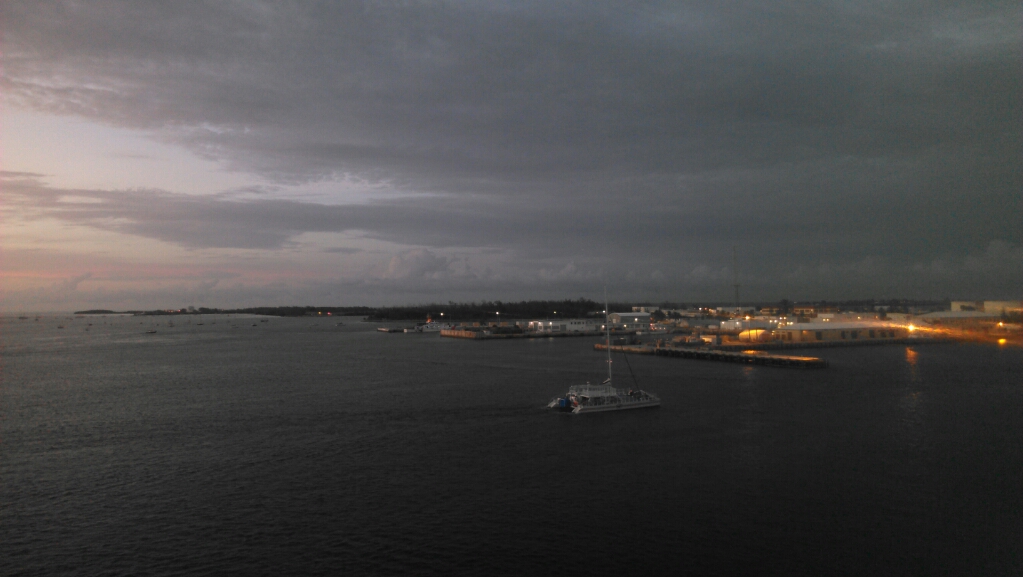 And for their dog Pig left home to enjoy the solitude of a house sitter. 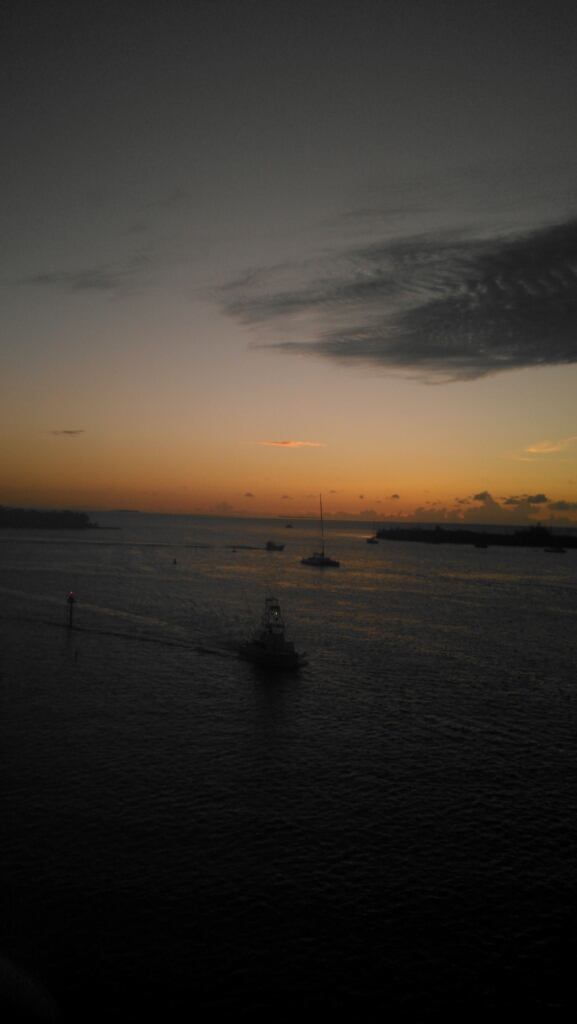 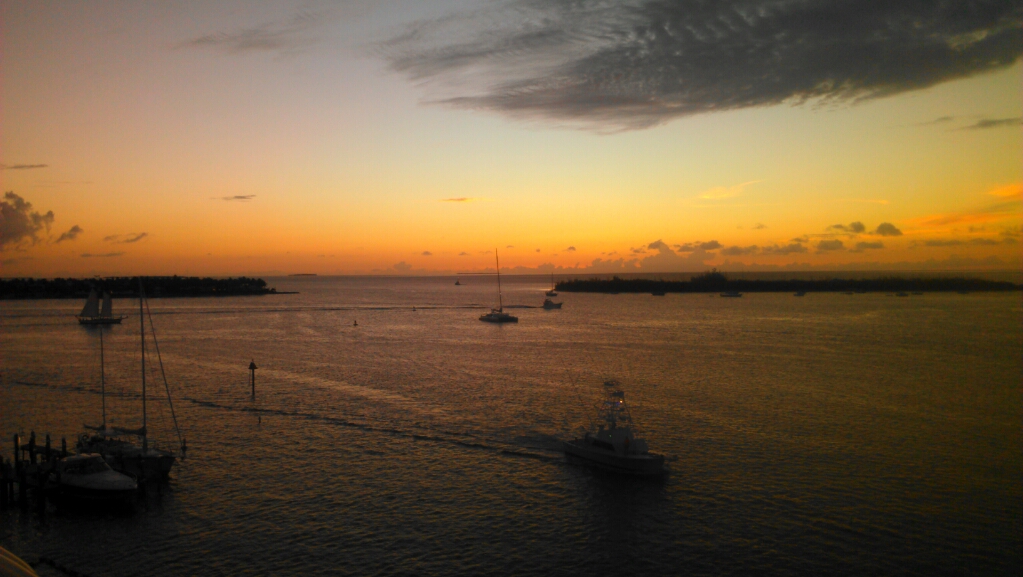 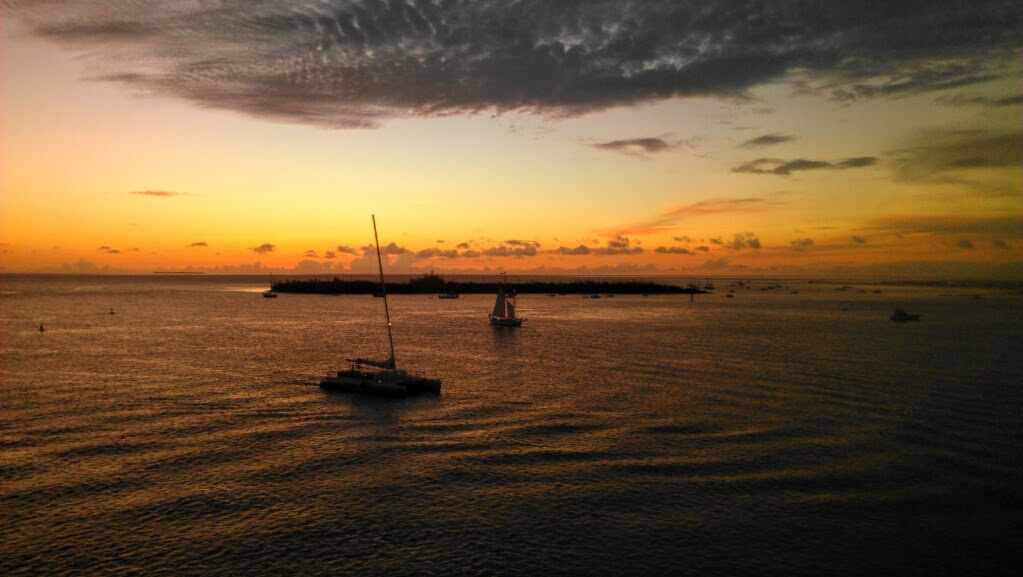 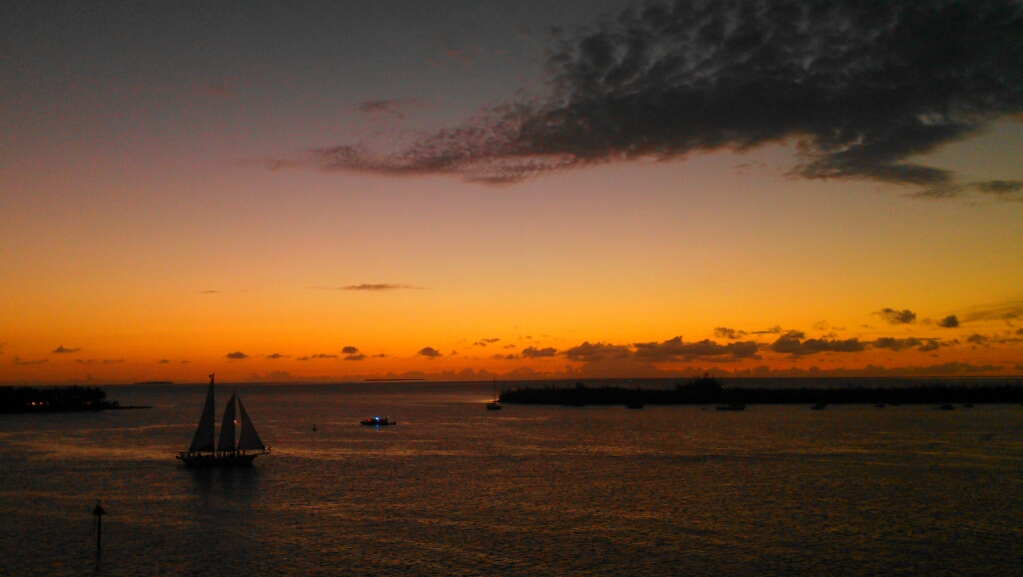 While we were enjoying the view some poor boaters were being inspected by the Coastguard seen above as a speck of blue light between the Sunset and Christmas Tree Islands. 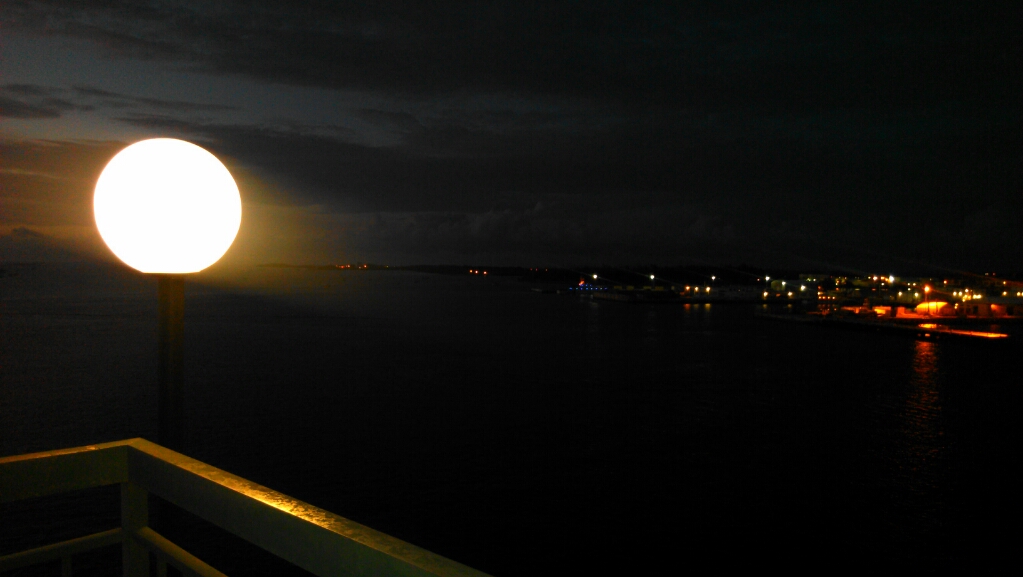 Good spot Gary and thank you. It was a splendid evening.
Posted by Conchscooter at 12:00 AM 3 comments: