Sit on the porch of the Ximenez-Fatio museum in St Augustine and enjoy a sunny day, while contemplating 19th century life as explained on the tour you just finished. Then get hungry and figure someone must be selling food on Aviles Street, the first Euro-street mapped in the future United States, and named for the founder of the longest continuously inhabited town in the aforementioned USA. Take that Jamestown. 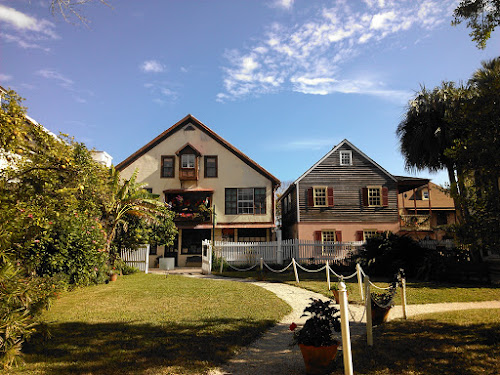 Restaurant and Cafe Del Sol has no website and online reviews are mixed. We liked it. A lot. And itbwason Aviles Street right around he corner from our tour. We had previously tried some food at Nonna's an Italian joint up he street but they were only serving sandwiches for lunch so we branched out and settled in under the blue and free flag of Portuguese America. Very comfortable it was too. 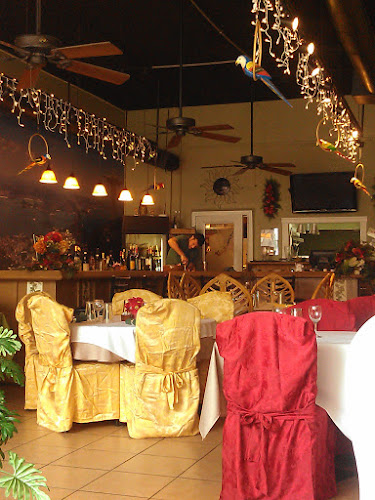 It was the pope who split the Americas between Catholic Kingdoms with the simplicity and infallibility of Solomon. Portugal got Brazil and Spain snagged everything else. The British singed everyone's beard from time to time and the French did their best to keep up. I know very little of Brazil and my wife who went there years ago could not accurately remember the food, but if modern Brazilians eat like this I need to plan a trip there. We started with asomethingbthat vaguely approximated a Cuban Mojito, Caipirinha made of cane liquor sugar and strong limes. It was delicious yet not intoxicating. We had two each to prove the point. 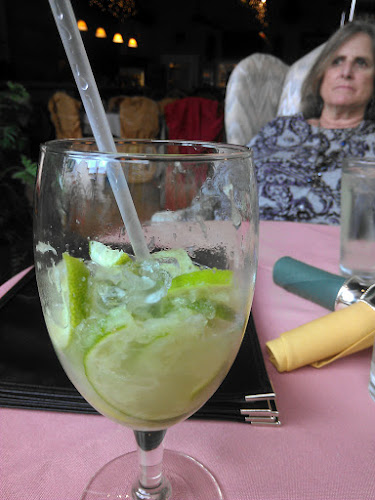 Our plan was to order several appetizers to get a cross section of Brazilian good and we naturally went a little bit too far. Being creatures of the south we decided to eat indoors and look out at Aviles Street. 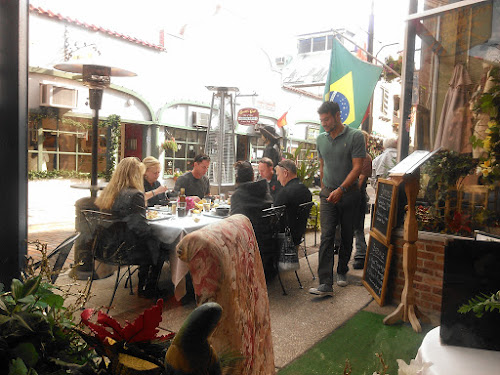 In Brazil apparently they call empanadas pastel and quote delicious they were too. We had meat and cheese and like the other dishes we chose the food was lightly and balanced, the flavors were mild yet pronounced. I found it captivating. 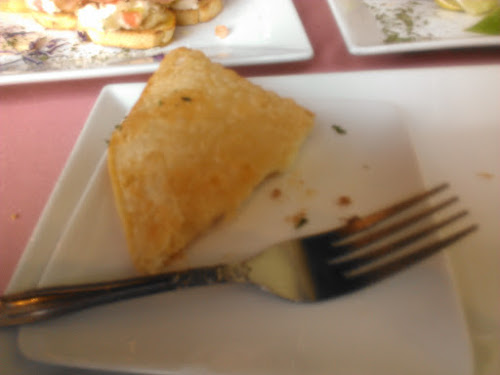 This madness which I attempted to photograph below, sold me on Brazil as a food destination. Call me provincial but I have never heard of a mashed potato sandwich and now that I have tried this appetizer version I am sold. The only other type of tuber sandwich I had previously heard of was fried potato sandwiches sold in England to the laboring classes as "chip butties" where a butty is a Northern slang for sandwich, more or less, and chips are of course freedom fries. These Brazilian contraptions layered mashed potatoes studded with vegetables with shrimp or ham or salmon on top and a cheese flaked strawberry to finish off. They were extraordinary, not subtle yet mouthwatering and very filling. 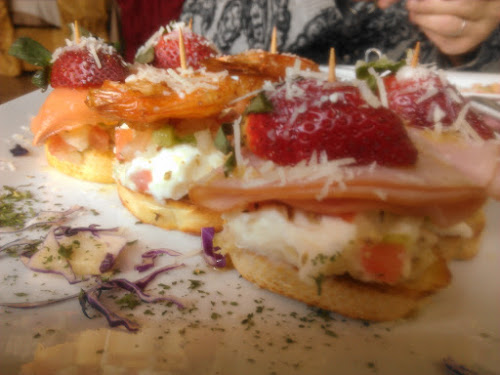 Ground beef in breadcrumbs lightly fried thus moist and crisp and heavenly. Taken with fresh salsa it was utterly superfluous and delightful. 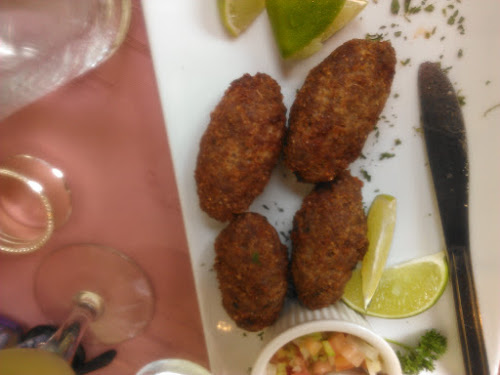 We skipped pudding, paid the fifty dollar check and staggered off to digest lunch as we picked up our patient dog, snoring in the car and took her and ourselves for a stout walk. Soon enough lunch time fluids made themselves felt and we sought out some public loos. My wife is incorrigible and found the fanciest possible in the lobby of the Casa Monica. Very satisfying. 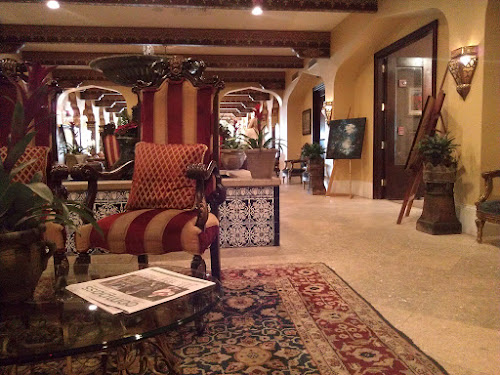 I guess my experience with lunch reinforces my pleasure in seeking out my own experiences while leaving the Internet grumblings of the unhappy at the door.