The main drag through downtown Pensacola was first laid out by the British occupants of West Florida in 1764 and named it for King George. The Spanish in 1812 named it for the duke of Saragossa, Jose de Palafox. It’s been planned and prettified since then by one city commission after another since the middle of the 20th century and all that effort shows. 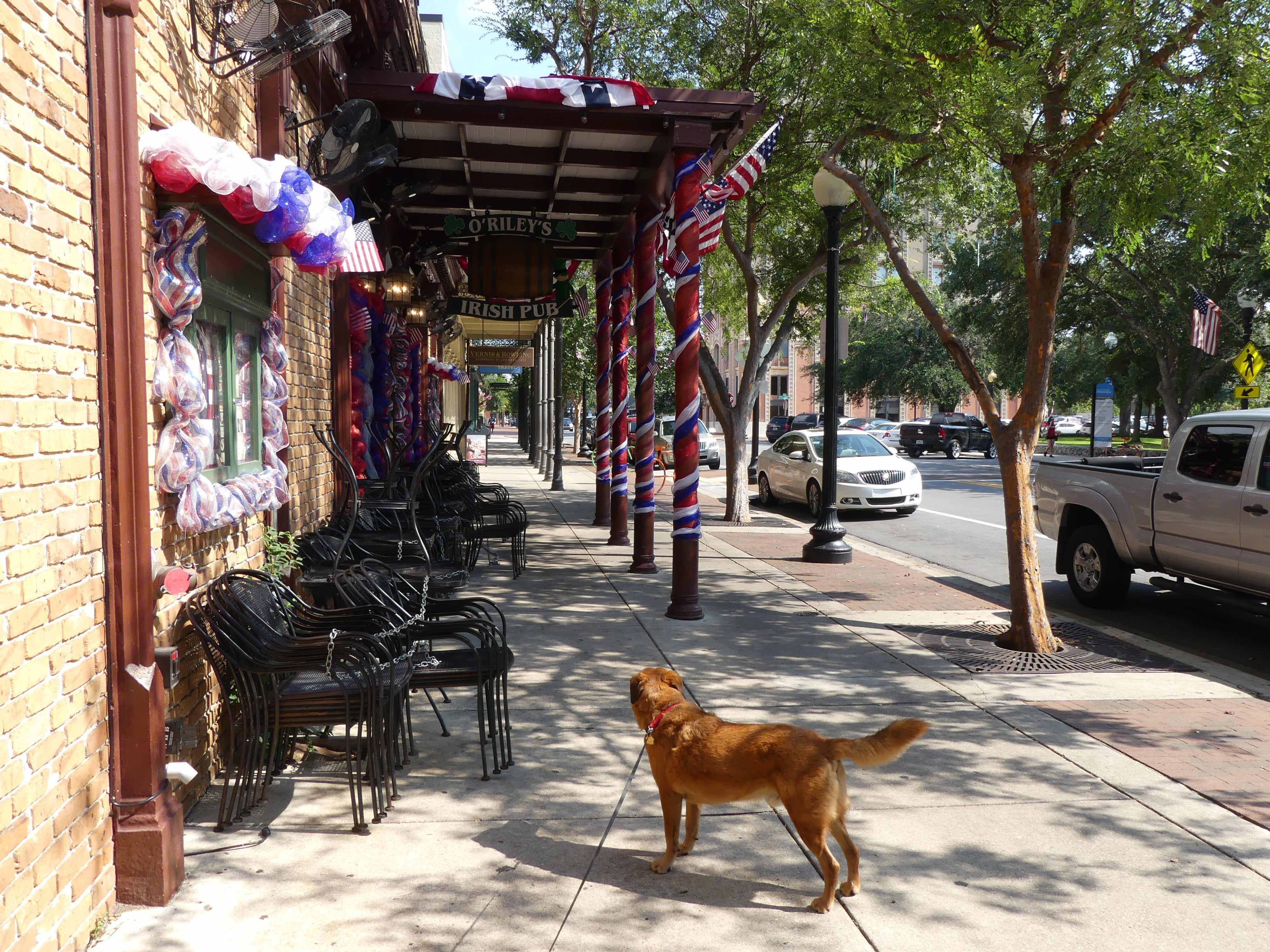 It’s not my favorite Main Street which has to be Church Street in Burlington, but what makes the Vermont street number one is the fact that it’s a pedestrian zone. Palafox isn’t but it comes close with massive sidewalks boasting flowerbeds, arboreal shade and outdoor seating at the local coffee shops. 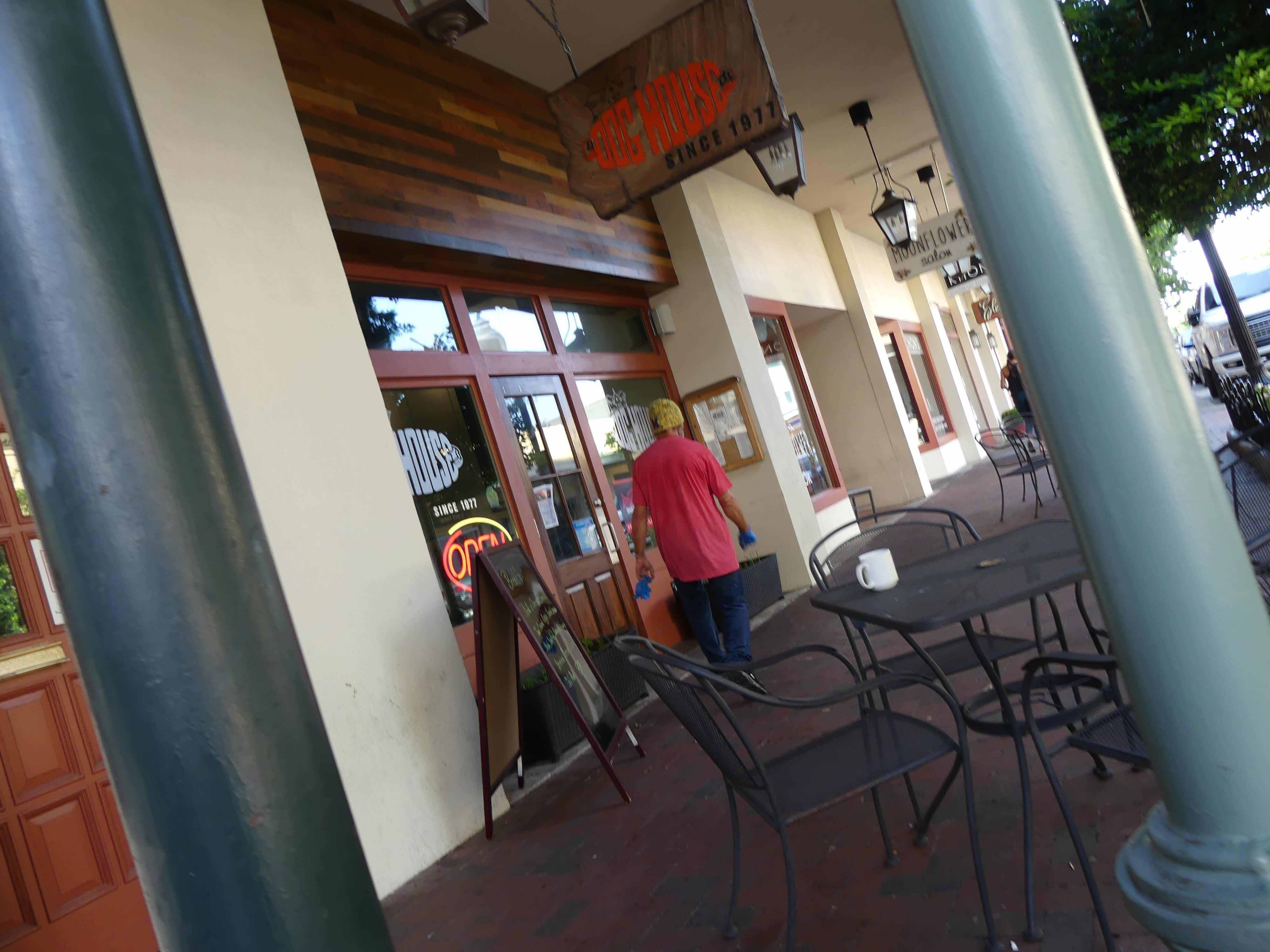 Yes there were a couple of homeless guys, one dancing to music in his head the other panhandling gently and neither of them any bother. There are old city meters repurposed for...a purpose! 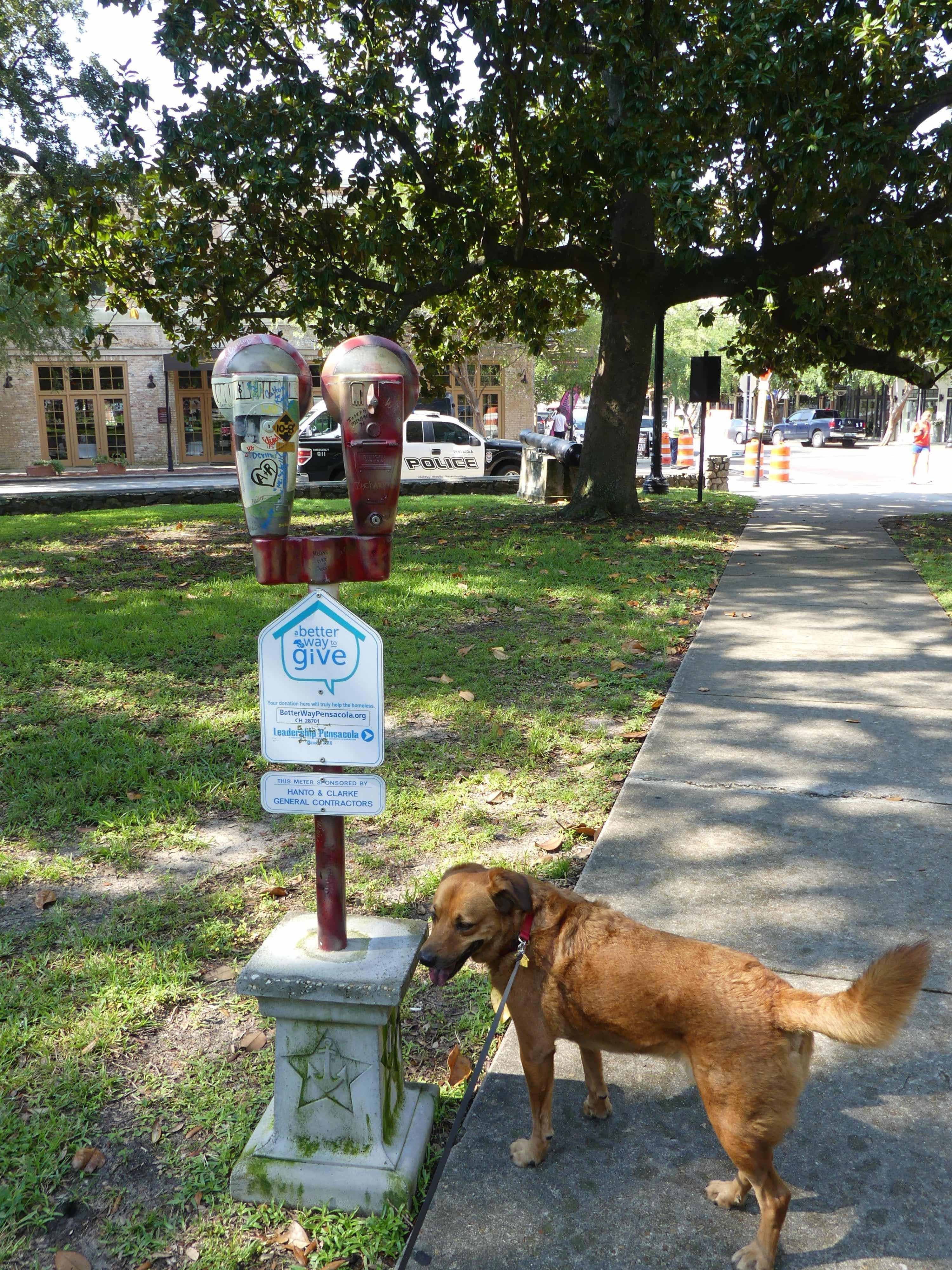 Donating money here they say does the greatest good directly for the city’s homeless. Plus the meters are sponsored by a local business. Nice. Never see that in Key West. I am not too familiar with what is and what isn’t a chain business, however most of the stores on Palafox looked local to me. The county building also supports organ donation. Pretty cool. Never seen this at the Harvey Goverment Center on Truman Avenue. 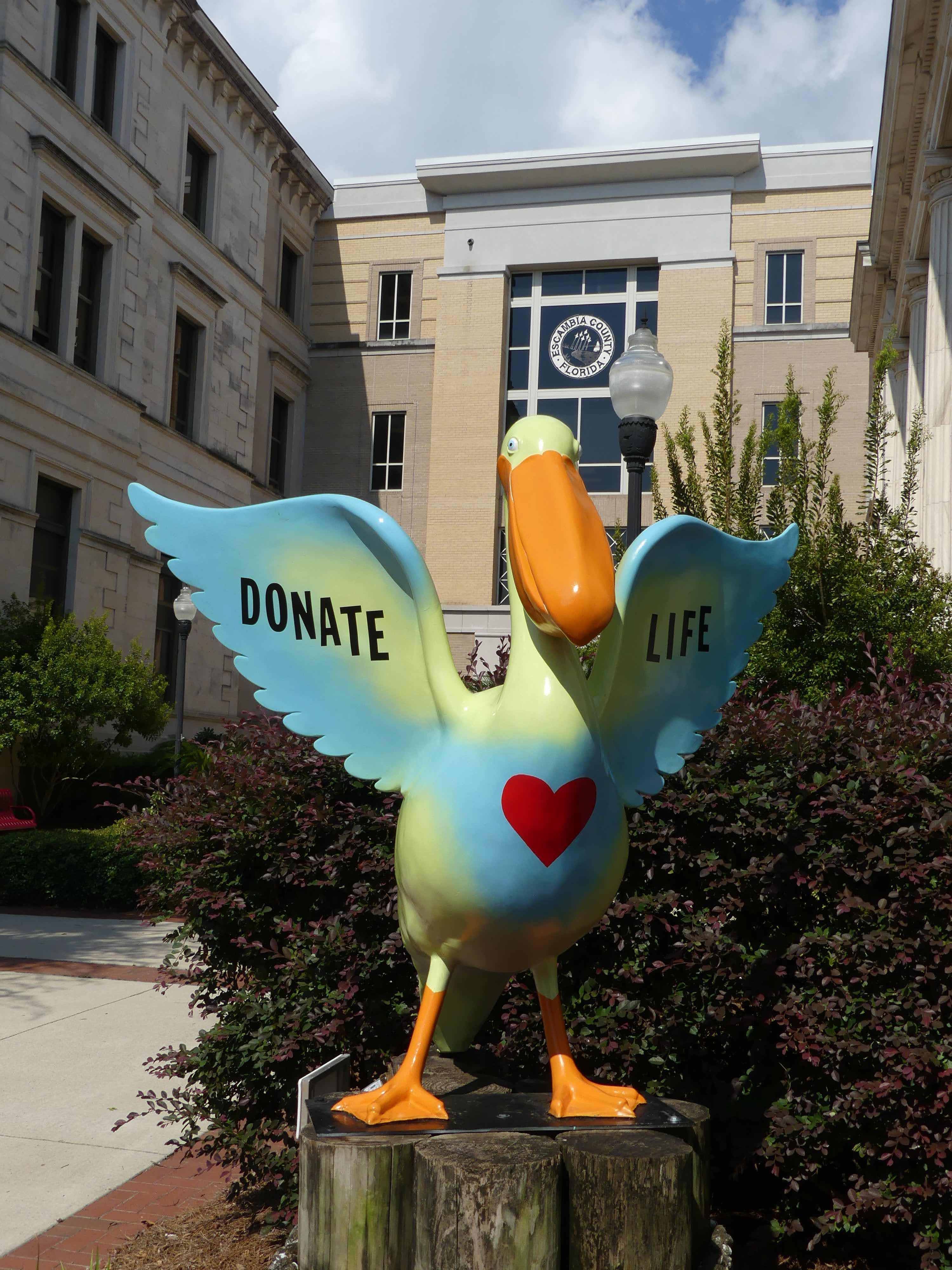 Palafox Street is a pleasant place to walk. 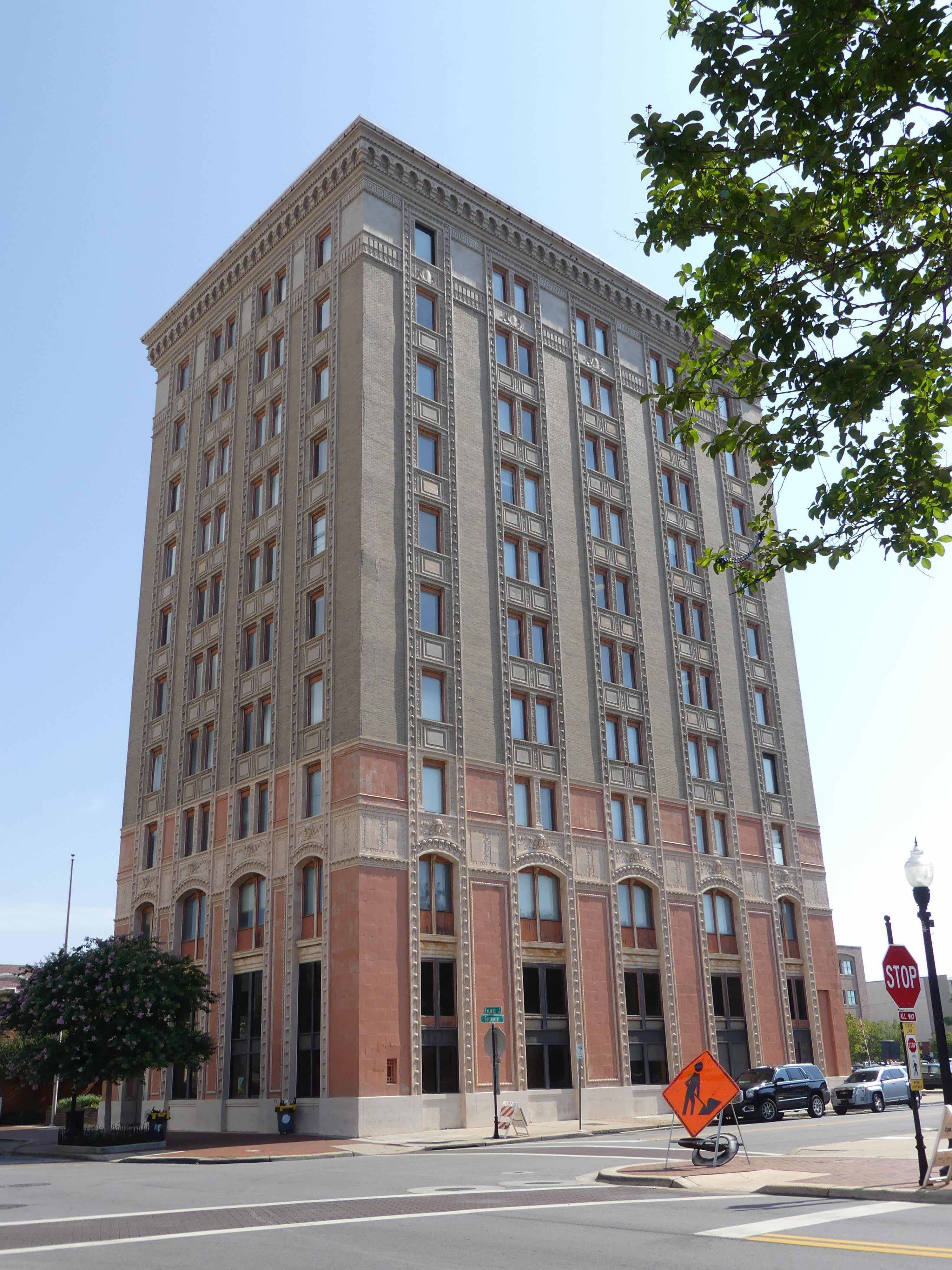 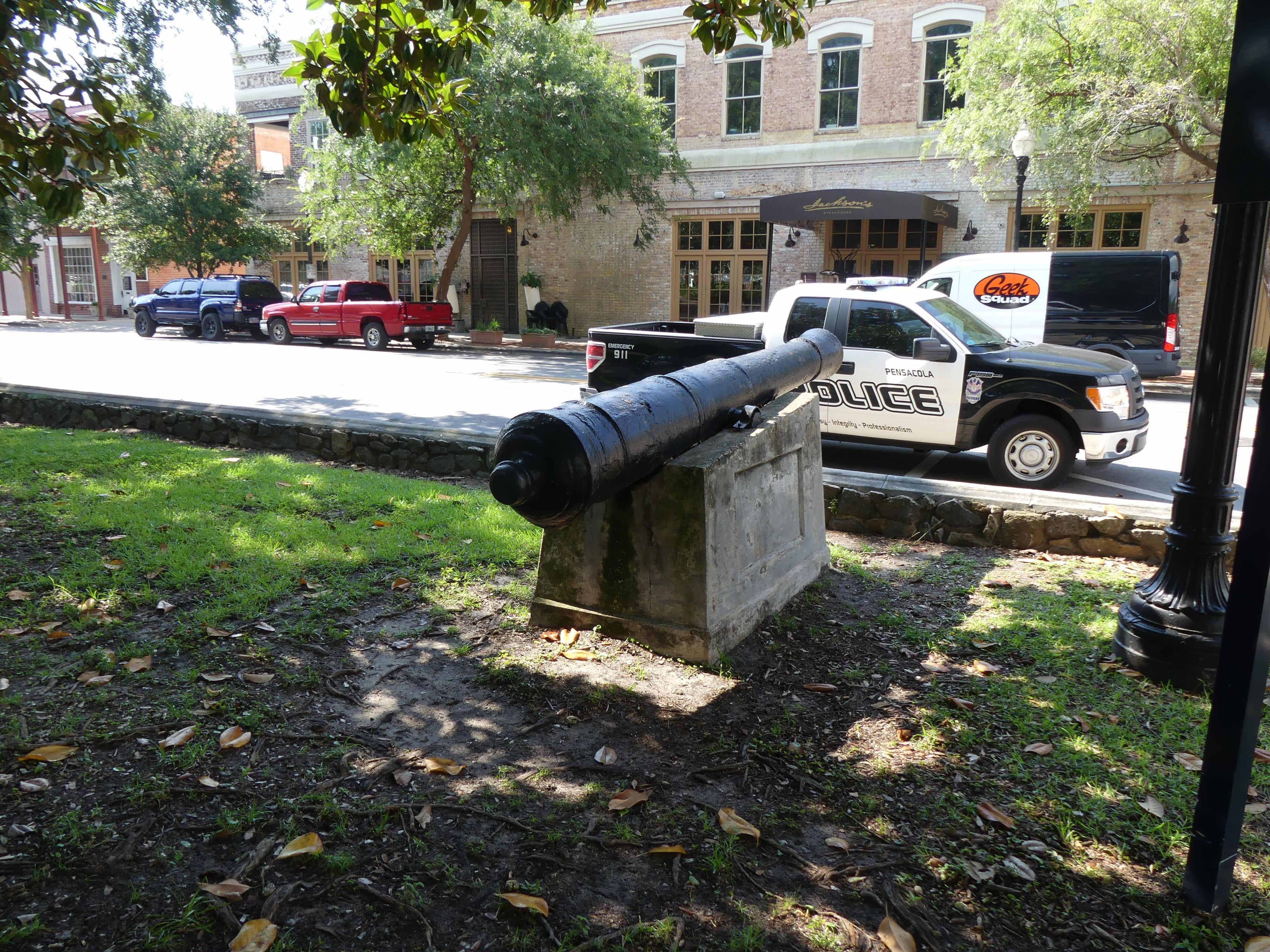 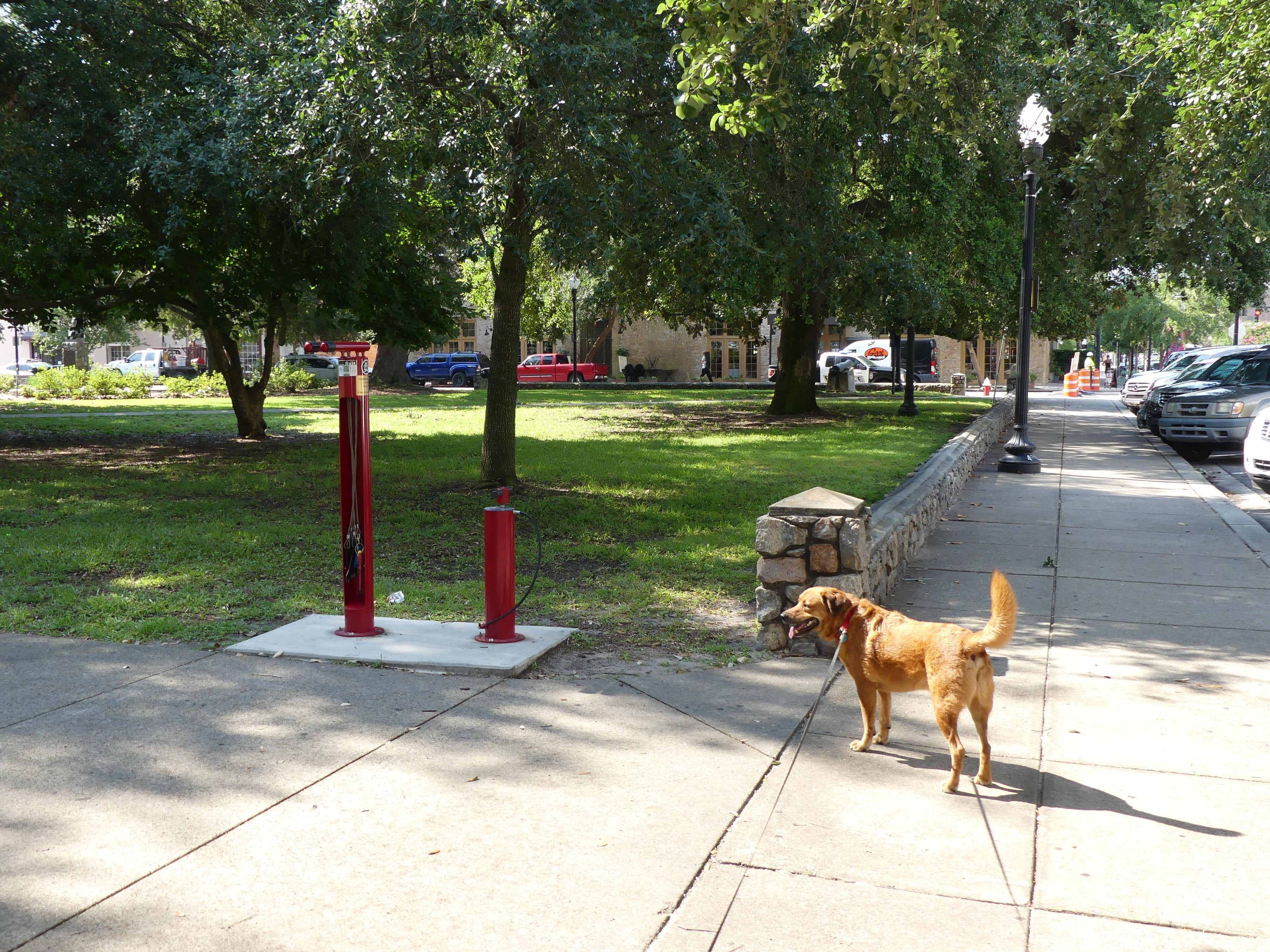 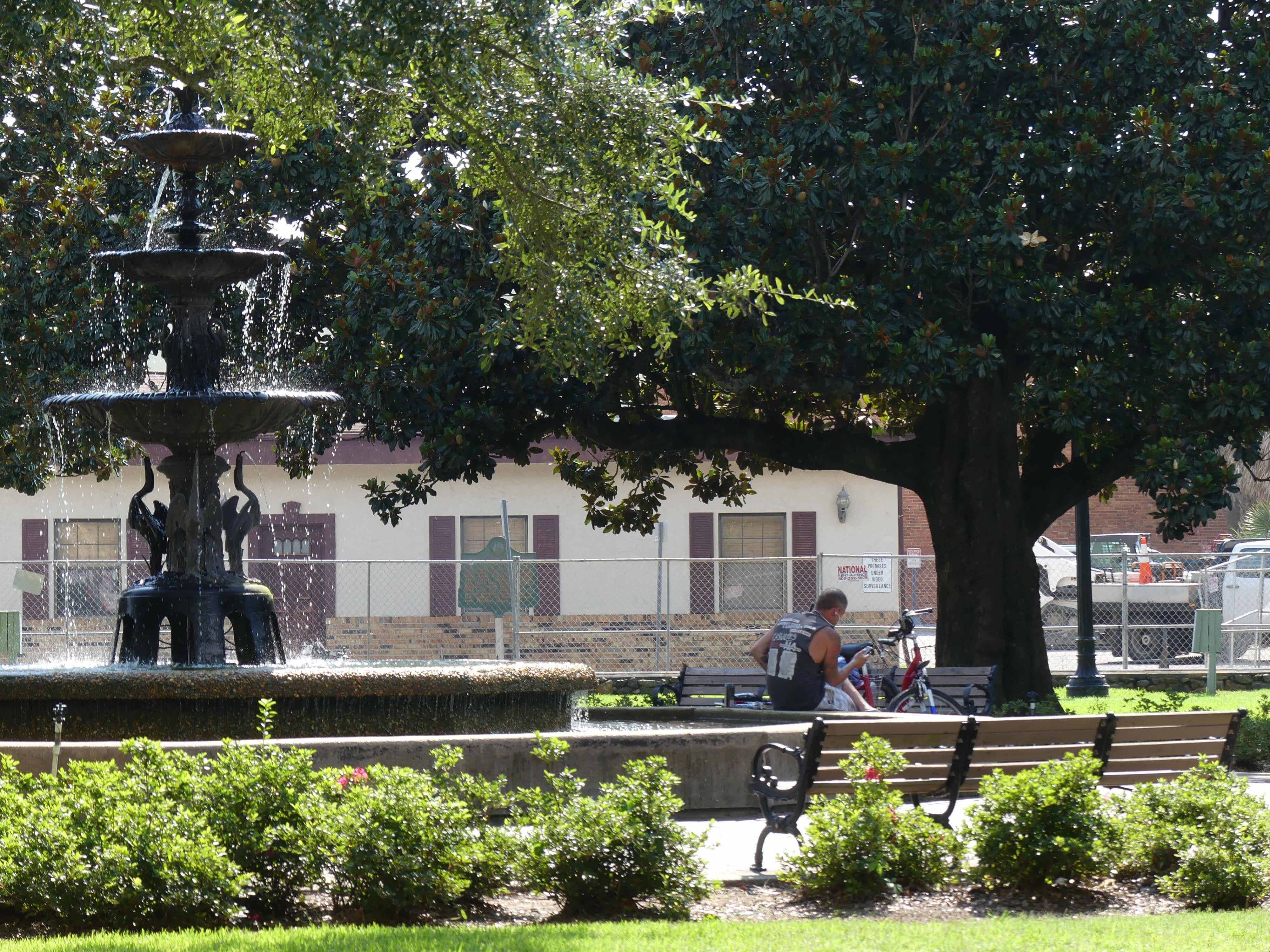 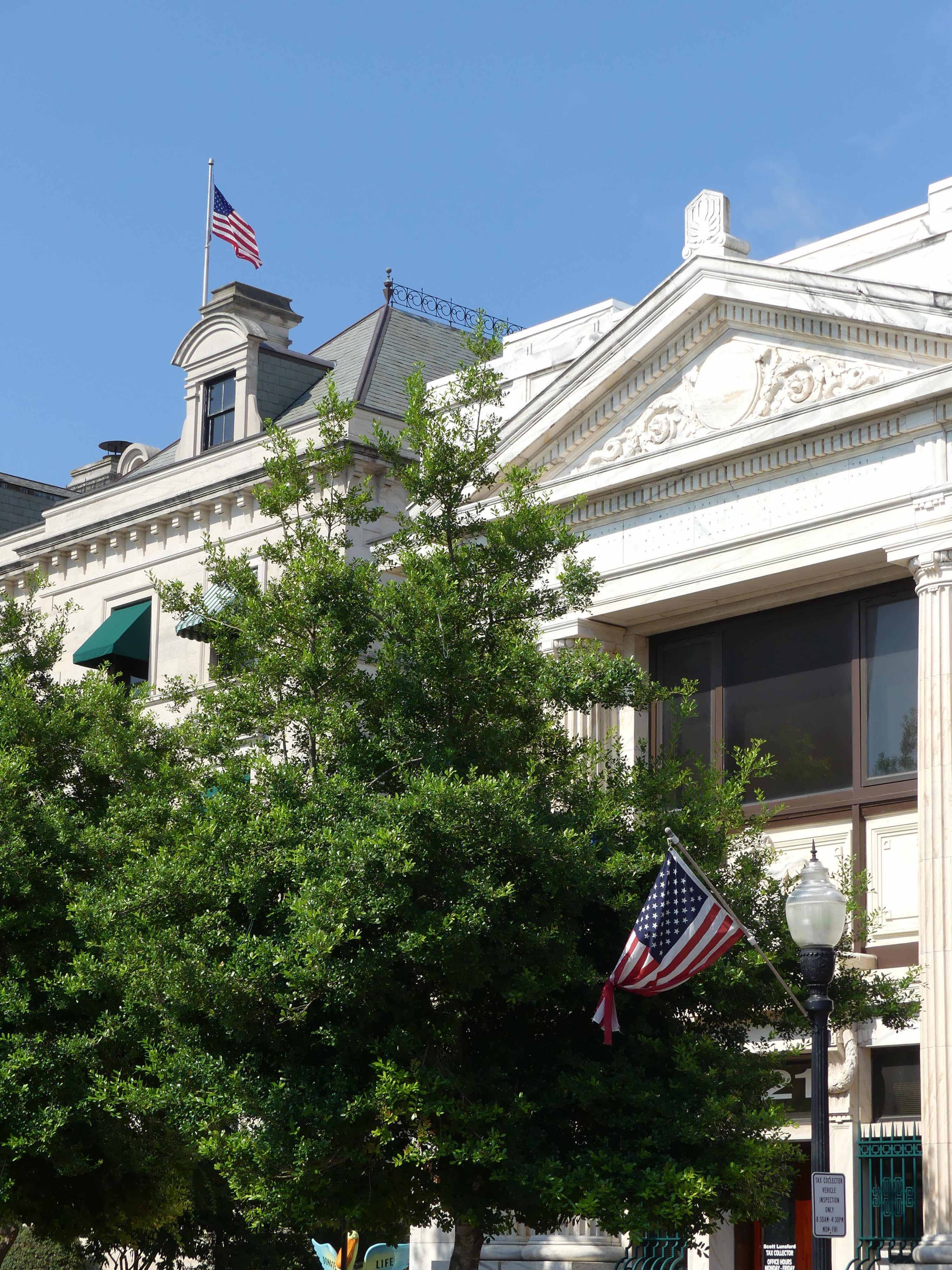 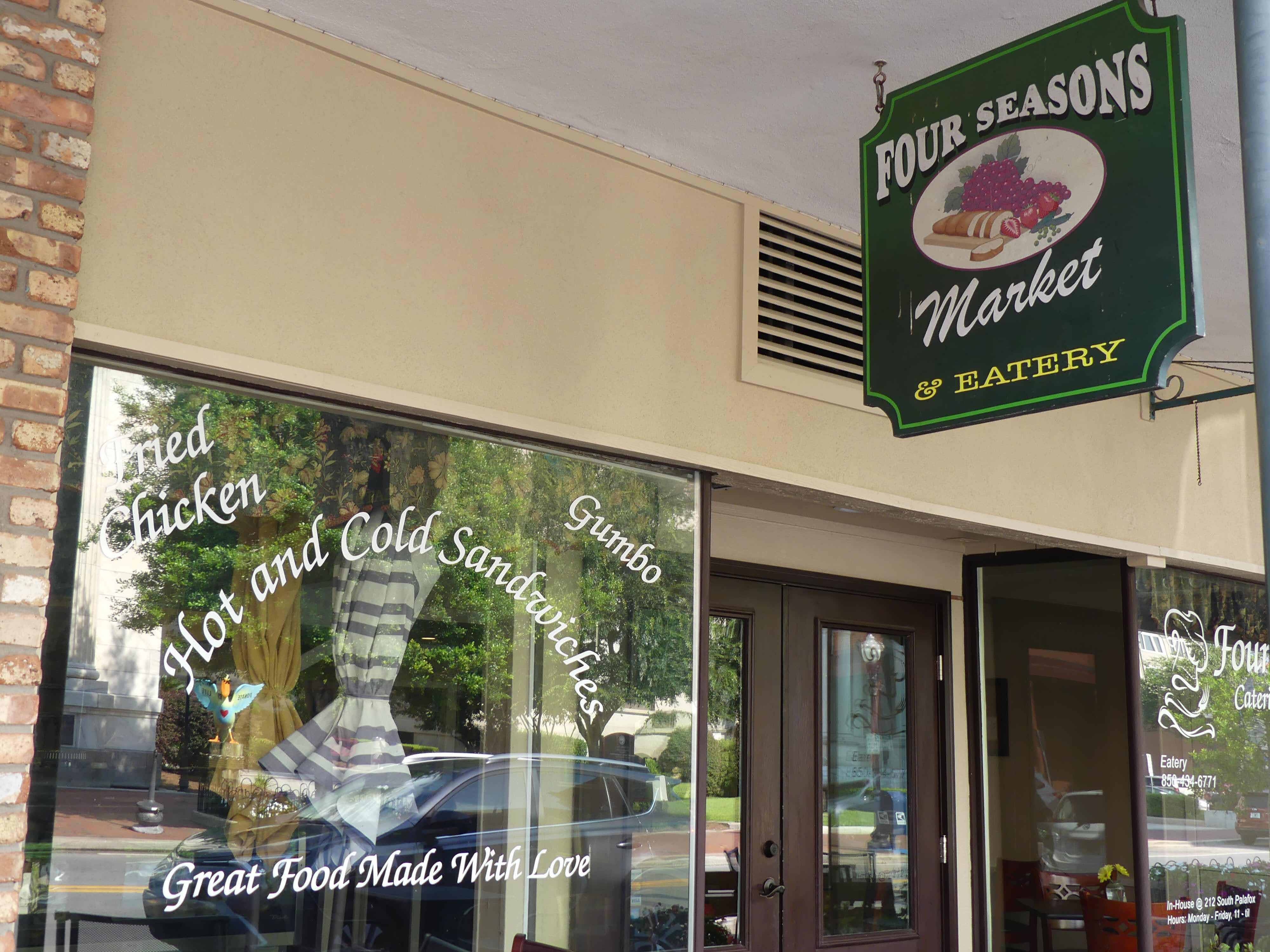 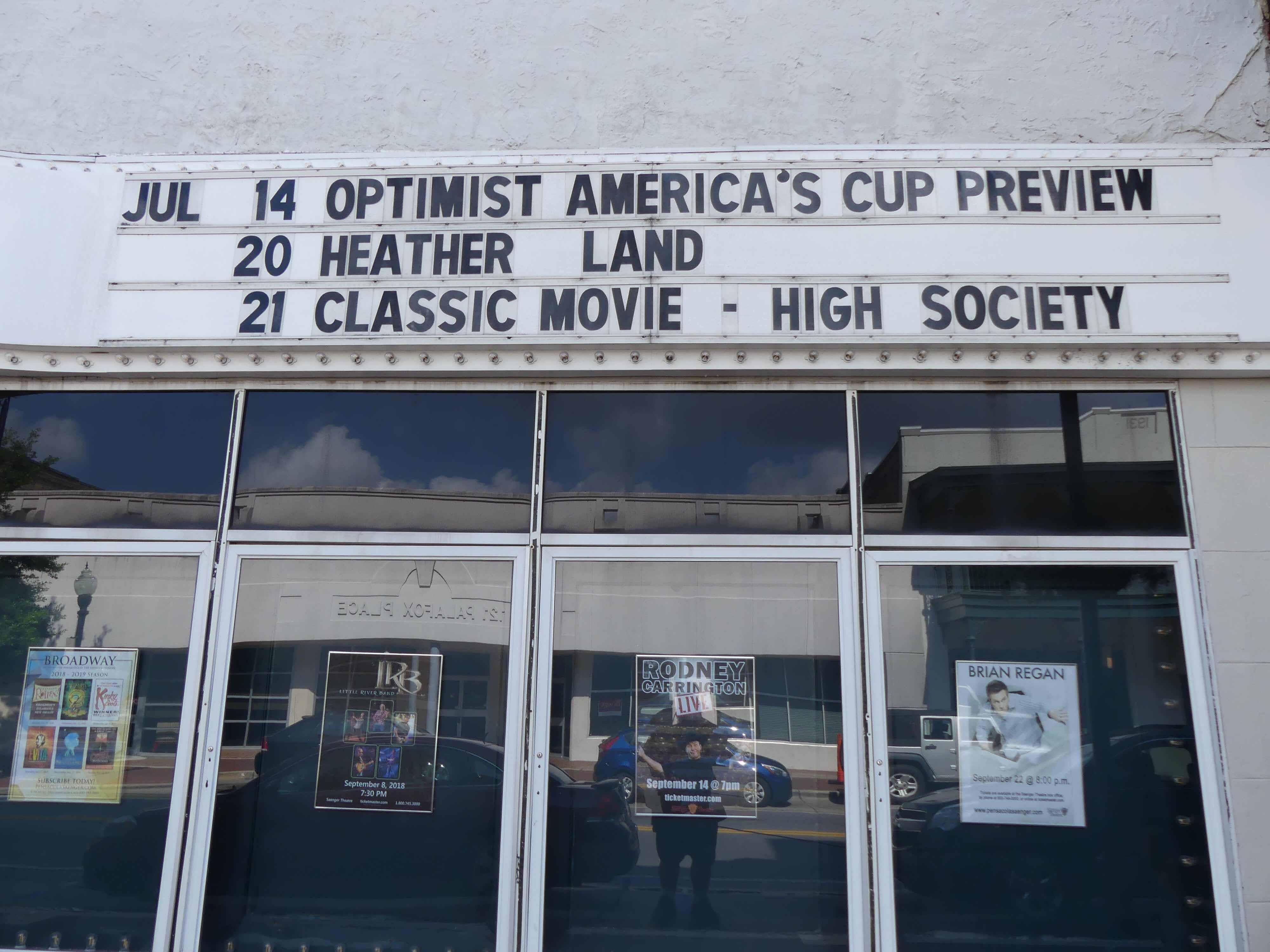 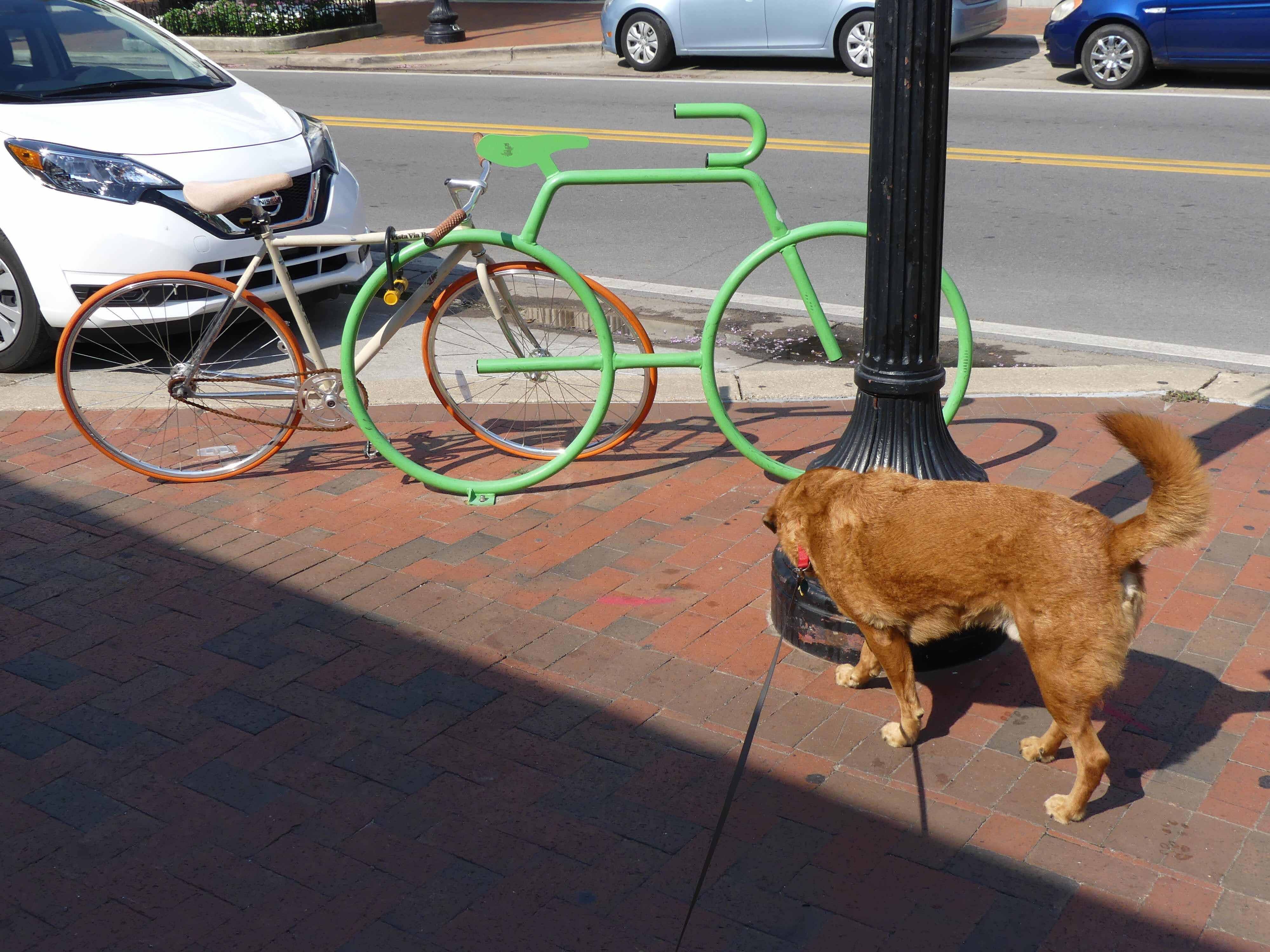 A very attractive clean street to call home. I like it. 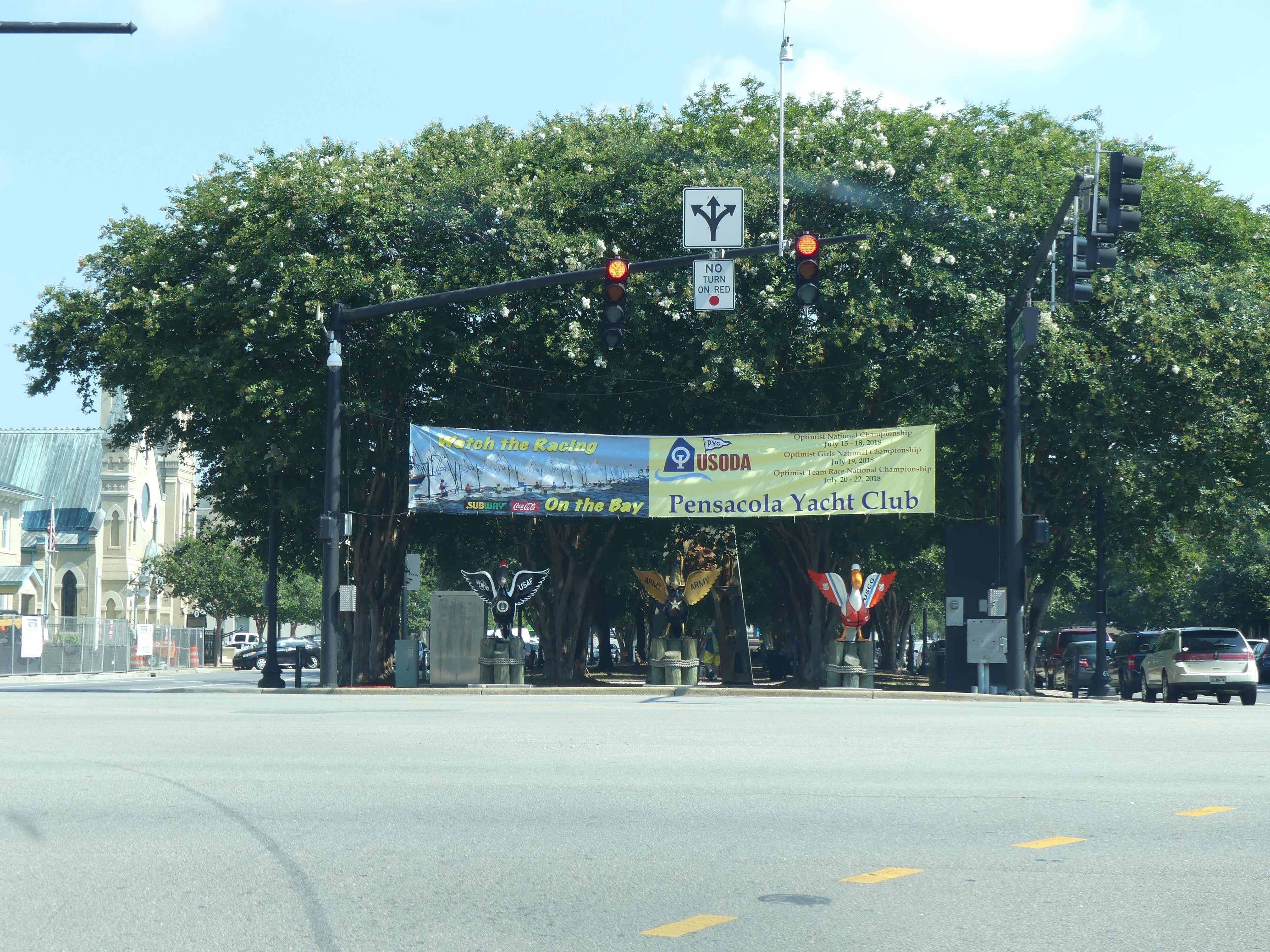 Posted by Conchscooter at 9:03 PM No comments: