The oddest people leave their mark on Key West. I figure it must have been a couple of years by now, time passes so quickly as you age, that a hot dog vendor died suddenly and everyone knew him and cared about him and his death sent a wave of energy through this most peculiar community. I actually met Raymond years ago when I was on a ride along for work with a cop and we stopped by and he was genial like I wish I were and every time I stopped by he was always smiling and engaging passersby from behind a battery of mustards and sauces. A tough act to follow. 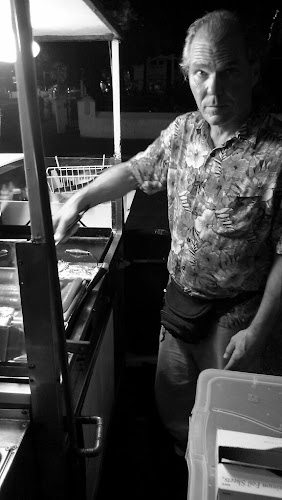 I took a lunch break earlier this week and I stopped by the new, relatively speaking, cart next to the Bull and Whistle on Caroline Street at Duval. I wanted a coke as I was thirsty and three thirty in the morning seemed like a good moment for fizzy caramel water with aspertame and I started talking to atom who said he's been on the job, not coincidentally perhaps, for the last two years. 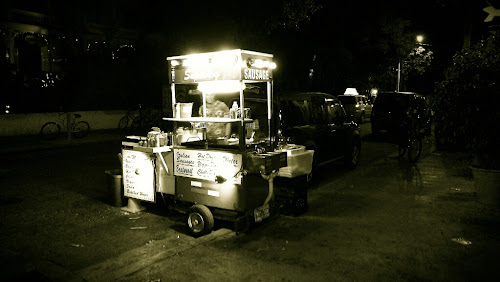 The smell of cooking sausage on the grill overwhelmed me and bearing in mind Oscar Wilde's dictum that the only way to deal with temptation is to give in, I promptly yielded and ordered an Italian sausage with peppers and onions, as though I had been drinking and needed to overcome the effects of alcohol. In point of fact I am well nourished by my caring wife and it was pure greed, opportunism and desire. It smelled excellent. I watched the bouncer not bouncing inside the Bull for a while as my sausage sizzled. 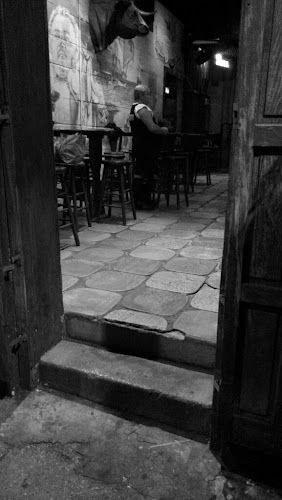 Tim, as is the way with most people in Key west, holds down a second job working for a boat charter operation. I can't imagine it's an easy life but like a lot of people it depends on what you expect. Growing up in Minnesota may be good training for life in expensive Key West as you may be in a position to appreciate the advantages more. Yes you may need two jobs but at least you are in shirt sleeves at four in the morning in February... If that makes up for the sheer hard labor of being on your feet, feeding the drunken masses all night long, a couple of nights a week 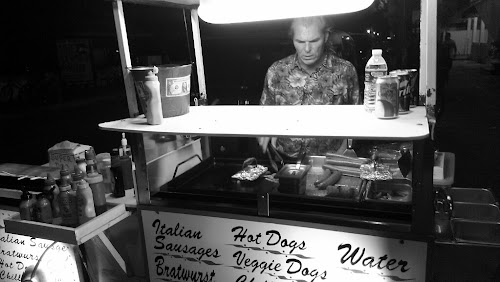 Tim came to Key a West by way of Honduras and Guatemala. He was surprised I had been to Lake Atitlan, the most beautiful place in the world according to Aldous Huxley, the writer. "Lake Como, it seems to me, touches on the limit of permissibly picturesque, but Atitlán is Como with additional embellishments of several immense volcanoes. It really is too much of a good thing." Rather than admiring the view Tim had to handle ferrying passengers across the lake which is formed by an expired volcano. The afternoon winds he said were vicious creating short sharp,waves that battered his boat . My wife and I called such impediments when were out sailing "refrigerators" as it felt as though our sailboat were battering household appliances to make forward progress. Tim captained a ferry for eight months and learned to speak Spanish in the time. Then he came to Key West and here he is, his past his present and for the time being his future: 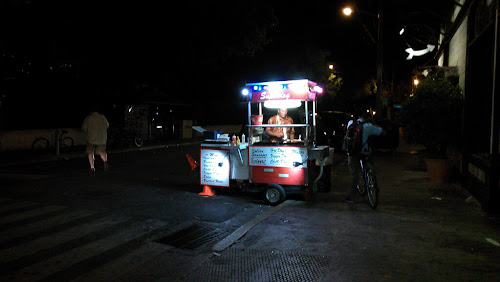 Keeping the masses fed one sandwich at a time.