There is much excitement in Key West at the prospect of major changes on North Roosevelt Boulevard, principally the plan to start two way traffic on the Boulevard on the morning of the 12th, except now it is postponed till the morning of October 16. Deadlines are not the contractor's strength. Businesses have been pleading for the change saying their sales have dropped by orders of magnitude since the Boulevard was torn up and made one way last year. I got stuck in it this morning on my way back to work from my flu shot. 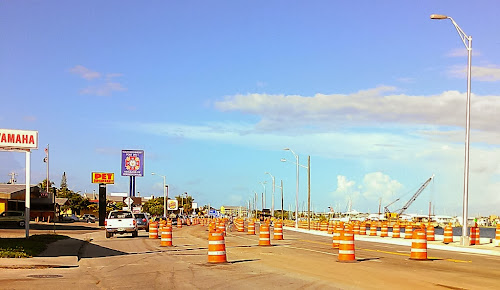 The change may improve sales but there is a certain amount of trepidation that drivers will be confused and wreck, rain may flood the street enough to close one direction of travel and back ups will extend forever as cars try to cross the opposing direction of travel to go shopping. This is in the future when the change is made but locals are already feeling the effect of the planned changes. 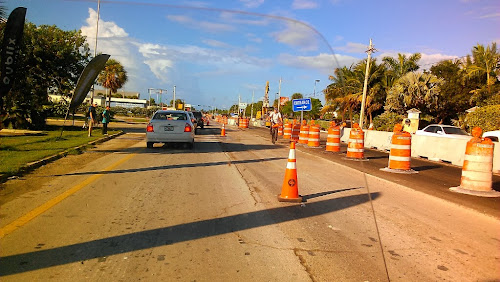 At the moment, after months of inactivity the contractors have burst into life, paving smoothing and doing all those construction jobs day and night that if embraced from the start would have seen the entire $40 million job completed by now. And in order to accommodate the activity surrounding the plan to open essentially three lanes (one each way and a turn lane, maybe) by Wednesday, inbound traffic is reduced to one lane only. 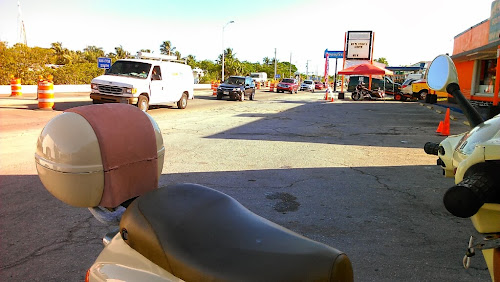 The back up is monumental. Traffic is monitored at each intersection by blue flashing lights and a police officer so the flow is orderly but it is so slow it feels like rush hour on the mainland. Will two way traffic improve this or will it choke in both directions? About the time the Federal Government defaults on its debt we should know the answer to that.... 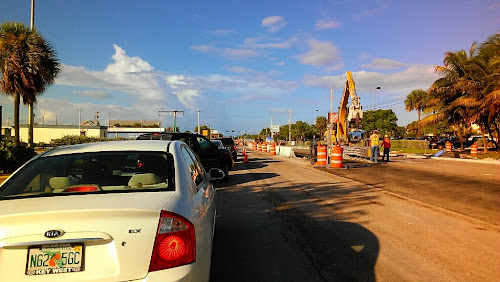 It's like a funeral procession, eight miles an hour with lengthy pauses at traffic lights. The former speedway inbound on two lanes is long gone and the complaints in the paper about epic speeding should also disappear, likely to be replaced by epic whinging about the delays. 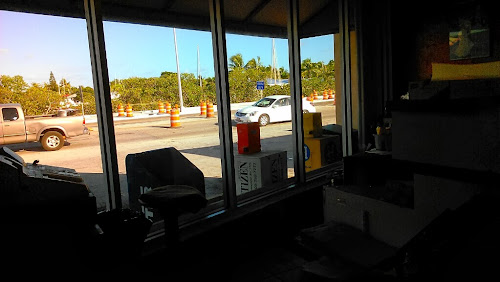 The construction has been necessary for a long time. The crown of the boulevard is too high and the road has been subject to inundations with rain or high tides or a combination thereof. Supposedly that's been taken care of by excruciatingly slow work on improving the storm drains. The road surface was quite torn up so now we should get a median with cut outs for turning and also a new traffic light at Searstown just to slow down the flow a little bit more. One day, after I'm dead most likely, Key West will discover intelligent traffic lights that respond swiftly to the weight of traffic approaching the light. 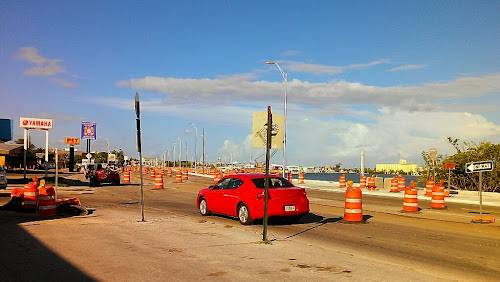 The prospect of the incoming flood of thousands of people for Fantasy Fest in two weeks doesn't make this mess any the more palatable. I avoid it as much as possible preferring the slower and more scenic route of South Roosevelt, along Smathers Beach. Hence the drop off is sales I suppose along this monumental scene of trench warfare. Among all the orange barrels there is one inbound lane and one brave cyclist figuring out the cycle path and pedestrian "sidewalk" through the construction. Everything else is closed to traffic. 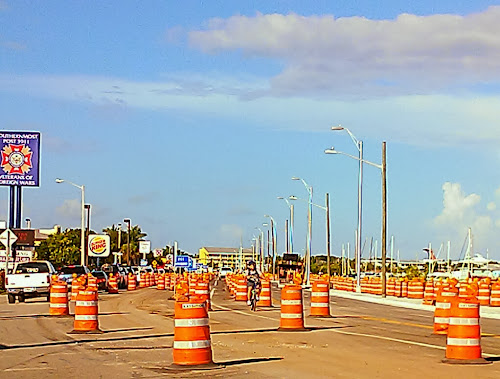 One more year of this? Really?

PS Two way traffic was initiated on the morning of  Saturday the Eleventh and though traffic does have some bottlenecks a week later it seems to be working okay. Intense work on the construction site has slithered back to a more laid back pace so nothing will be completed quickly.

The name means the place where we go to learn, and the video presentation in the theater makes it clear this gorgeous building was created using tribal monies only. As Chief Billie explains in the video, gambling has made the tribe a lot of money, and he decided the tribe needed to preserve its institutional memory, or what's left of it. 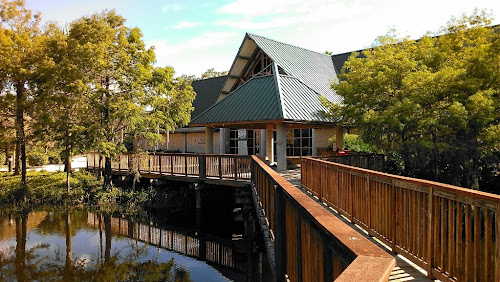 The tribe has a ton of land but for whatever reason the huge parking lot is built across the road from the museum requiring pedestrians to cross the street. Traveling in October is the best time in Florida if you want to avoid crowds, as you can see, but what they do in winter I don't know when there are lots of people around. A parking lot next to the museum might have been better. 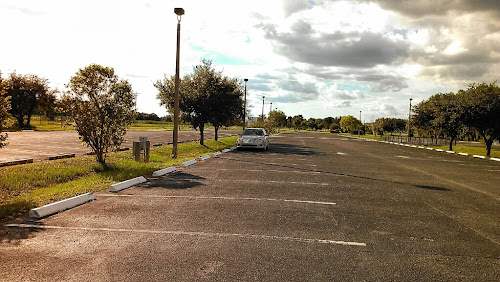 Inside the permanent exhibit consists of a series of dioramas depicting historical life in the Seminoles' Everglades. Hunters: 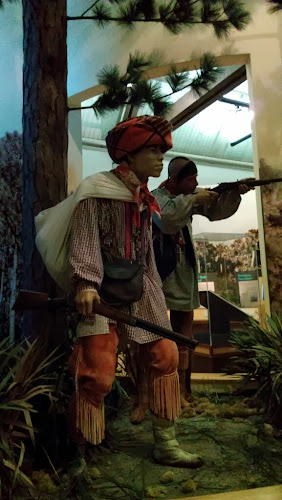 Their peculiar headgear can, it turns out be unwrapped into a blanket, which seems like a lot of cloth to carry on the head. 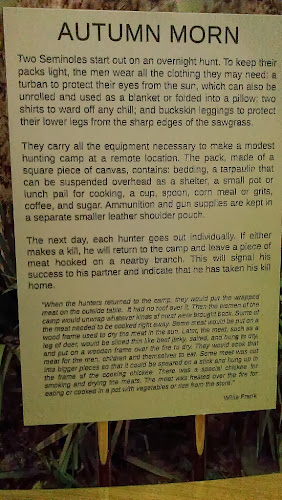 Meanwhile back in the village the distaff members of the tribe are doing womens' work of course. Grating porridge and pounding corn, as one does, all carefully explained. The women seem elaborately overdressed for doing the household chores,call me sceptical but I suspect things were a tad bit tougher and rougher than depicted. 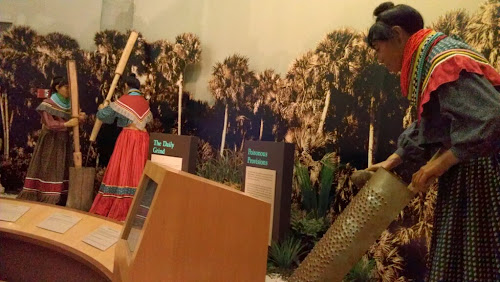 It turns out the soft supple hides the Indians tanned not only took a great deal of labor (female) but they also used the brain of the deer to treat the hide which was apparently how they got the particular softness of the finished product, much valued by white traders. 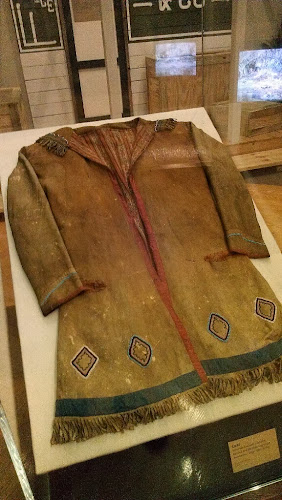 I have noticed certain similarities the whole world over and marriage is one of those beliefs we all have in common. I'm not sure homosexuality was on the cards in the average Seminole village but I only draw that conclusion by inference in the dioramas. 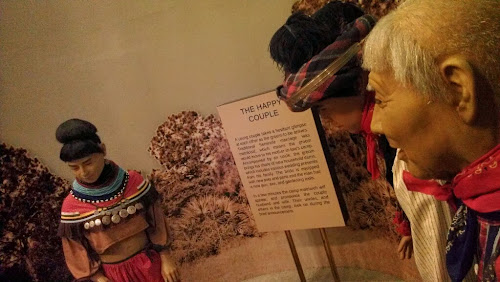 In the kitchen Seminoles ate the yellow stuff in the pot, a porridge called sofkee Recipes From the Everglades - How the Seminole People Cook which was left by the fire for anyone who felt hungry, which I think is quite civilized. The woman in the picture below is making flatbread to eat with the sofkee. If that doesn't appeal they had venison kebabs or turtle steaks or alligator meat. Sides of heart of palm (not from the can) rounded out the healthy Seminole diet. Which if that doesn't sound like your kind of diet picture the poor Inuit of Alsaka, a people who get to eat raw whale blubber which they think is delicious and call Muktuk. If you live too long in snowfields that's what happens to your taste buds. Give me Florida heat any day. 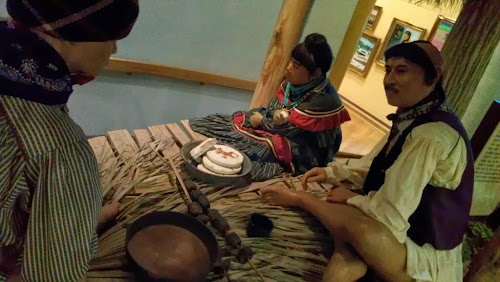 And then there was the travel diorama, the nuclear Seminole family traveling by canoe to visit neighbors in nearby independent villages. 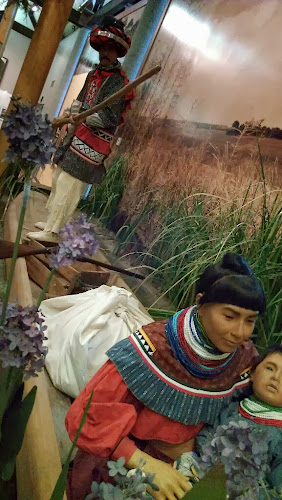 Silversmithing was a Seminole skill and tools were on display. 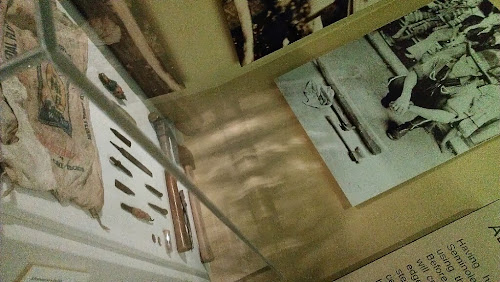 They also had fun as it turns out, playing games including during the highly anticipated Green Corn festival when spiritual mysticism played its role in village life. They also played a form of stickball trying to high a post planted vertically in the ground with a round object. Women used their hands, men had to use lacrosse type sticks. Much merriment ensued. 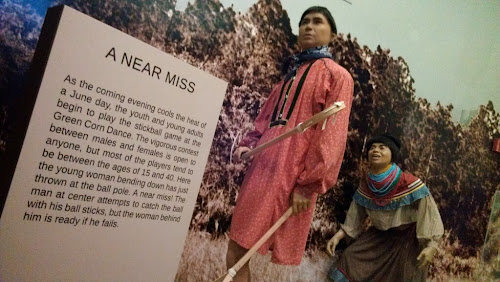 Cheyenne was snug in the air conditioned car and we spent an hour, the last available hour of the day walking the museum. We missed extra temporary exhibits on display and we didn't get to walk the trail in the back of the museum through Chief Billie's former campground. 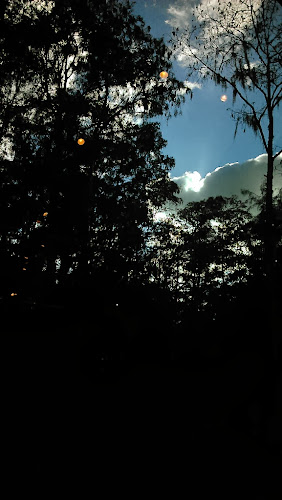 Well worth the admission, nine bucks for adults, six bucks for us seniors over 55. I am looking forward to spending more time there on my next visit. I'd rather have been a Seminole than a Koreshan if I had to live in the Everglades, perhaps, but more about that later.